How a small and unlikely town in Oklahoma became target practice for U.S. bombers during World War II. 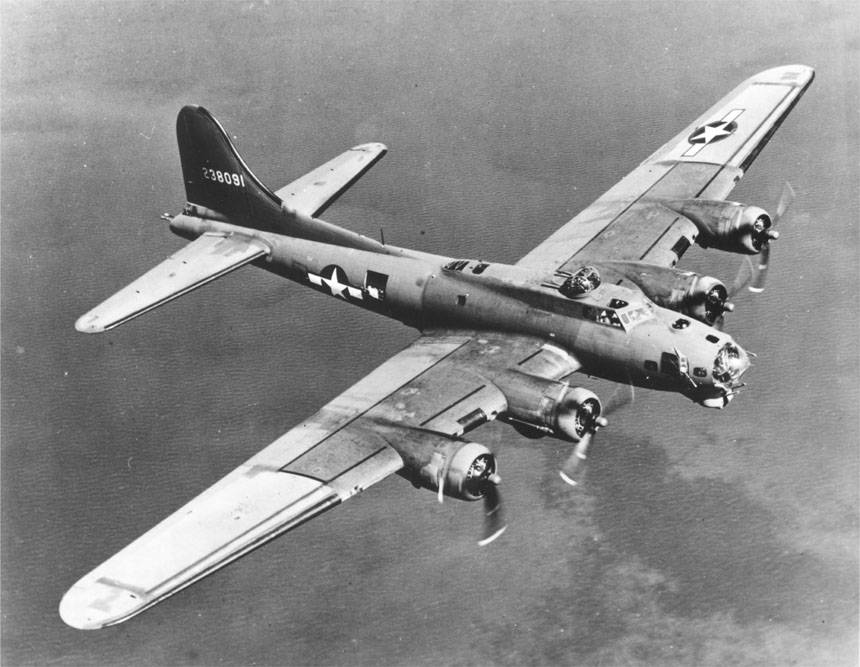 Wikimedia CommonsAerial shot of a B-17 Flying Fortress bomber leveling off during a target run.

Small Town, USA is the most accurate description of Boise City, Oklahoma. It sits on a remote western edge of the Oklahoma panhandle. The population of this rural town has been between 1,000 and 2,000 since 1943 and the majority of the residents are ranchers and farmers.

Yet this sleepy town is the only continental U.S. city to have experienced an aerial bombing.

At half past midnight on July 5, 1943, the inhabitants of Boise City slept peacefully in their beds, but the soon awoke to a sequence of six pops and crashes that sounded eerily similar to the fireworks they had lit on the day before on Independence Day. The citizens of Boise City could have no idea their town was actually being bombarded.

By 1943, the United States was firmly embroiled in the brutal carnage of the Pacific Theater. The U.S. fought fiercely against the Japanese at Buna in New Guinea on July of 1943. Patriotic fervor had risen to a fever pitch, as the nation announced that food rationing would begin to go into effect. The nation watched closely, as the war grew in intensity.

Meanwhile, pilots at the Dalhart Army Air Base in Texas were preparing four B-17 bombers for a practice mission. The training mission was to begin in the wee hours of the night. A group of B-17 bombers then flew from the Dalhart base to release dummy bombs in an army range near Conlen, Texas, northeast of Dalhart. The aerial target was a small area, lit by four lights in each corner. One of the bombers veered off course and identified the lights of Cimarron County Courthouse square as the bombing range.

The B-17 Flying Fortress then proceeded to make six passes over Boise City. On each run, the B-17 bomber would release one bomb. Luckily, the dummy bombs were comprised of 97 pounds of sand and three pounds of gunpowder. The first bomb landed in an alley adjacent to an apartment where dozens were sleeping. It left a crater about four feet deep.

The B-17 made another pass over the unlucky town. The second bomb barely missed a church. A third bomb struck the ground in front of the Style Shoppe building. A fourth landed only yards from a boardinghouse and almost hit a parked fuel transport truck. Then a fifth exploded only feet away from a residential home. And the final bomb hit close to the railroad tracks near the edge of town. The “air raid” lasted for 30 minutes. 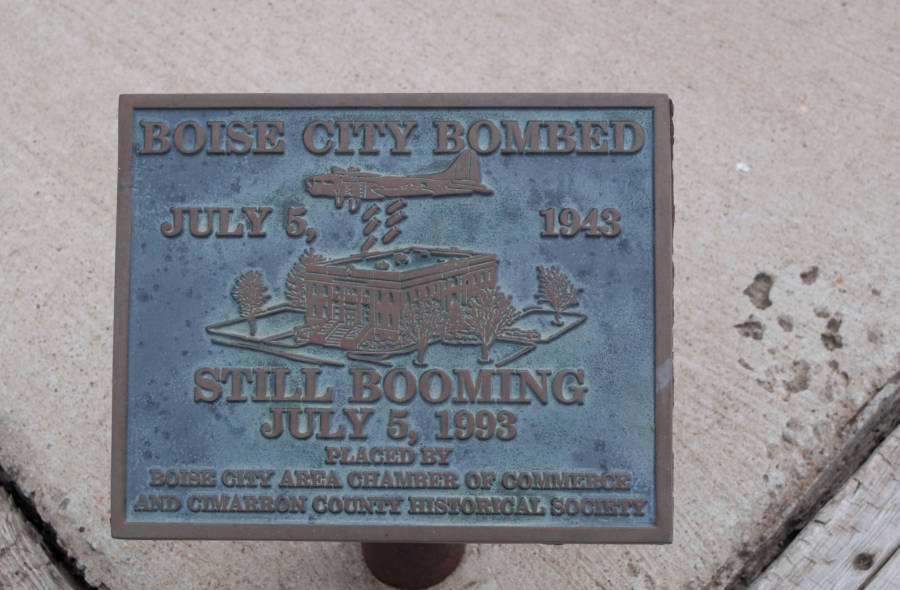 The actual property damage to Boise City amounted to less than $25 somehow and not a single person was injured during this unforeseen “attack.”

As for the pilots who accidentally bombed their own countrymen, they went on to become some of the war’s most decorated after they led an 800-plane daylight raid on Berlin.

And on July 4, 1993 Boise City dedicated a bronze plaque and a replica of one of the bombs to the historic military blunder. Watch below as residents remember the Boise City bombing raid during its 50 year commemoration: