The supposed medicinal benefits of these leeches make them a hot commodity, selling for $6 to $14 a piece. 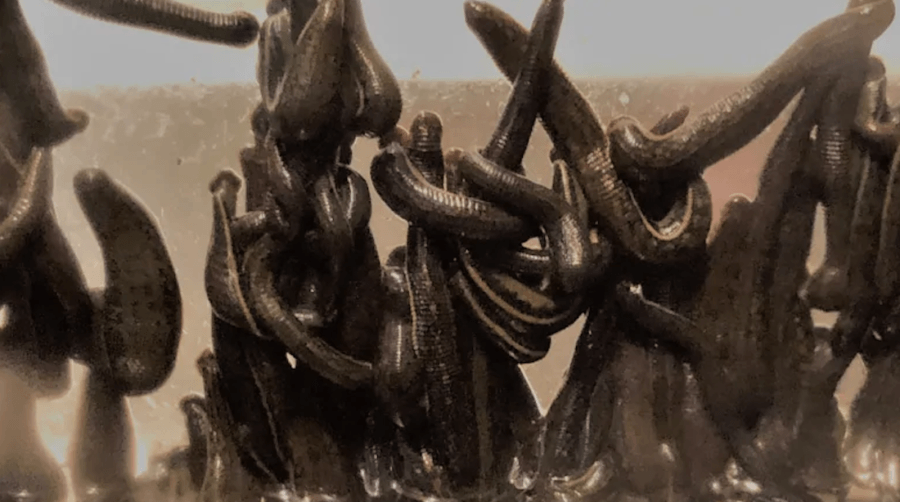 Environment and Climate Change CanadaThe leech smuggler was fined $15,000 for his crimes.

In yet another bizarre case of botched animal smuggling, a man was caught by local authorities while attempting to transport 4,788 live leeches into Canada. The slimy creatures were kept in a reusable plastic bag inside the man’s luggage which contained 10 smaller, dampened cloth bags that were successfully sniffed out by border patrol canines.

The man, who has been identified as Ippolit Bodounov, had tried to smuggle the live leeches through Pearson International Airport in Toronto after he arrived on a flight from Russia. According to CHCH, Bodounov had not obtained a permit to import medicinal leeches legally.

Most of the rescued leeches were sent to the Royal Ontario Museum, while the remaining 240 leeches were sent away to the American Museum of Natural History in New York City where DNA sequencing of their stomach contents revealed that they had been caught in the wild and not bred.

Sebastian Kvist, a curator of invertebrate zoology at the Royal Ontario Museum, identified the species as Hirudo verbana, a type of medicinal leech.

Kvist, who was surprised that all the leeches had survived the long trip from Russia, explained that the species has been harvested for medicinal purposes since medieval times and that “new age medicine” practitioners often used them to treat ailments like arthritis and to prevent balding.

However, the only health benefit that the leeches have been proven to offer, Kvist said, was blood flow stimulation for toe or finger reattachment procedures.

Medicinal leech therapy, also known as leeching, involves applying a live leech on to the skin area of an affected body part to initiate blood flow or to remove blood from the body. 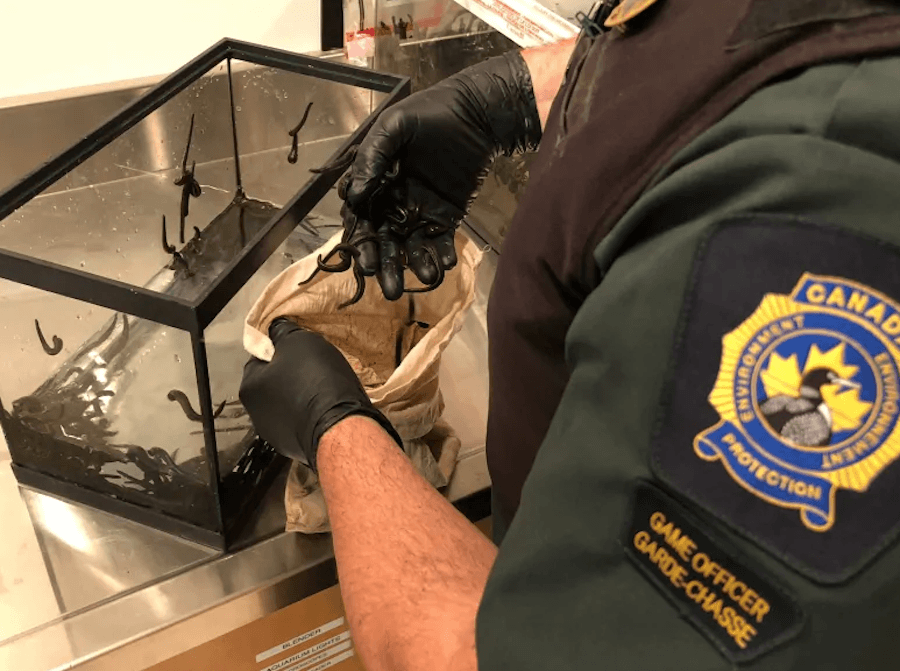 While leeching has become a less common practice today, it was frequently used to cure patients in cultures across the world centuries ago.

The first documented evidence of medicinal leeches was found in the Sanskrit notes of ancient Indian physicians Caraka and Suśruta as far back as the eighth century B.C.

The practice was later introduced into Western culture by at the second century A.D., when Greco-Roman physician Galen was known to advocate for the bleeding of patients with leeches. The practice became so prevalent that a physician during that time was commonly referred to as a “leech.”

By the early 19th century, bloodletting had become commonplace in both preventing infection or disease and in treating patients who had fallen ill. Leeching was soon incorporated into the practice of bloodletting that became prevalent across Europe and America. It is estimated that as many as 5 to 6 million leeches were used to draw more than 300,000 liters of blood in Paris hospitals alone during this era.

Their supposed medicinal benefits make the Hirudo leeches a sought-after commodity and they can easily sell for $6 to $14 a piece. They are, however, endangered.

But apart from being listed as a “nearly threatened” species on the International Union for Conservation of Nature’s Red List of Threatened Species, these blood-suckers are actually an invasive species which means they could cause serious harm to the ecosystem if they got out into the wild.

In fact, leech populations that were originally exclusive to Europe have already been found in Canada’s lakes after people dropped them into the local waterways once the creatures had fulfilled their purpose.

Bodounov was fined $15,000 and banned for a year from importing, exporting, and possessing any animals that are regulated through the Convention on International Trade in Endangered Species of Wild Fauna and Flora (CITES).

Next, read about the man caught smuggling 1,529 turtles. Then, learn about the sad realities of Komodo dragon smuggling.