"Literally your on my mind almost every single day since you were in the news." 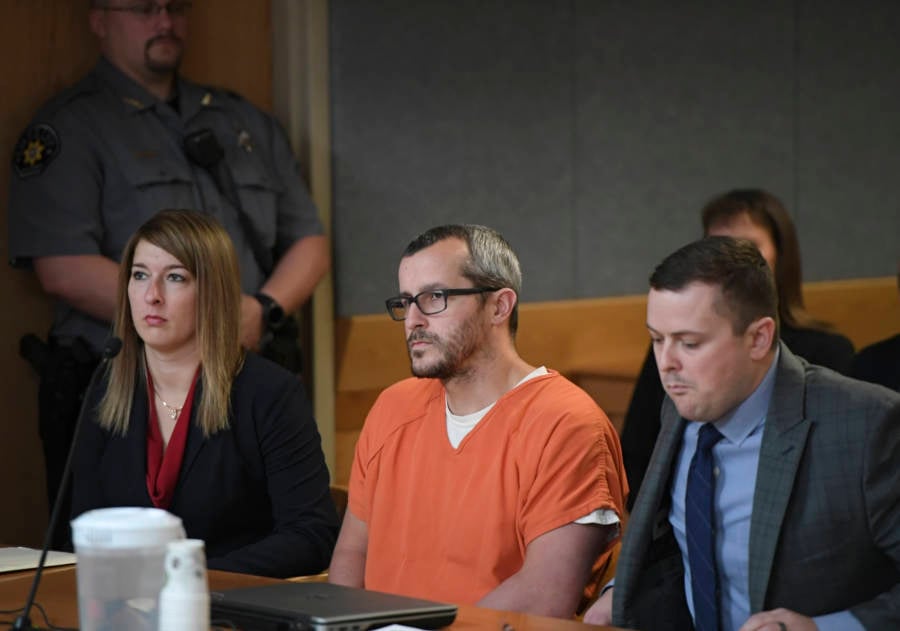 RJ Sangosti/The Denver Post via Getty ImagesChris Watts sits in courtroom during his sentencing in November 2018.

The story of Chris Watts has been a wild rollercoaster ever since he first begged the public on national television to help him locate his missing wife and two daughters on August 14, 2018.

A day after that cry for help, the 33-year-old Colorado man was arrested as a suspect in the murders of his wife Shannan, 34, and daughters Bella, four, and Celeste, three. Worse yet, Shannan was pregnant with the couple’s unborn son, who was to be named Nico, when she was murdered.

Watts soon admitted to strangling his wife and smothering his daughters in hopes of starting a new life with his mistress, Nichol Kessinger. He then buried his wife in a shallow grave near a job site of his in Frederick, Colorado, where he also dumped his daughters’ bodies into oil drums.

Although Watts eventually pleaded guilty to committing all three murders and is currently serving a life sentence in Wisconsin for it, he’s since attracted the attention of a number of women who have reportedly been writing him love letters to read while he’s behind bars.

According to HuffPost, thousands of pages of documents related to the case were released by the Shelby County District Attorney in response to a Freedom of Information Act request and they included the letters to Watts (alongside photos of the crime scene and other details about the murders).

An Inside Edition report on the Chris Watts love letters.

“I want to get to know you soooo bad its not even funny,” a 39-year-old woman from Colorado wrote to him. “Literally your on my mind almost every single day since you were in the news.”

That same woman also later added that she’d be “the happiest girl alive” if Watts responded to her letter. She signed her note with a number of hashtags that support her belief in Watts’ innocence, despite his admission to his crimes, including #TEAMCHRIS, #CHRISISINNOCENT, #LOVEHIM, and #SOOOOCUTE.

In all, Watts received dozens of letters as he awaited trial for his heinous crimes. 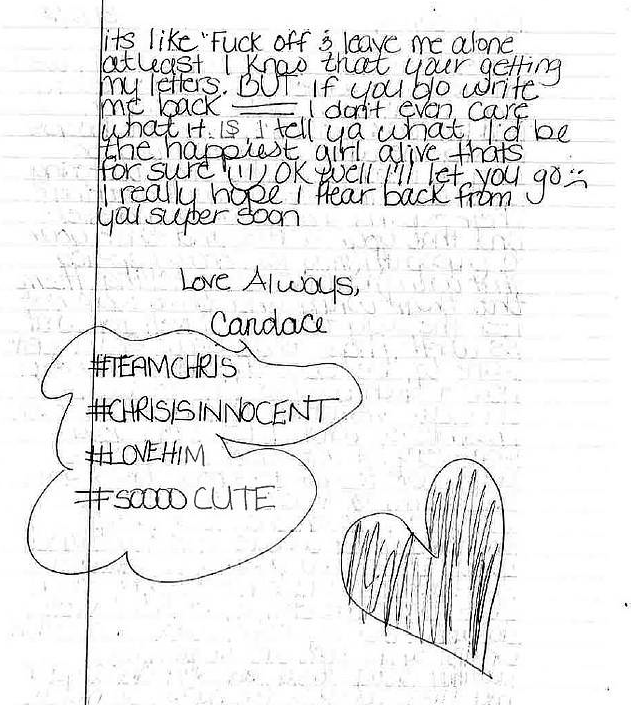 Weld County District AttorneyOne of the love letters that Chris Watts received, this one from a woman named Candace who wrote, “I really hope I hear back from you super soon.”

“In my heart, you are a great guy,” wrote one woman named Candace. “I’m hoping to brighten your days,” wrote another.

Women wrote of the “connection” they felt they shared with Watts, and talked about how often they think of him fondly. One woman even included a picture of herself in a bikini.

All this despite the fact that Watts killed his entire family. 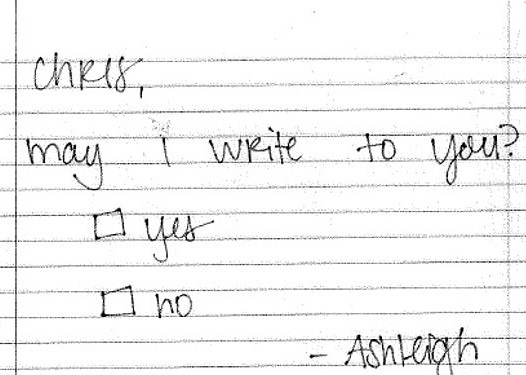 Weld County District AttorneyAnother one of the many love letters that Chris Watts has received in prison.

In the midst of receiving letters like these, Watts pleaded guilty to all three deaths and all nine charges against him on Nov. 6, 2018, including first-degree murder and unlawful termination of a pregnancy.

His admissions came as part of a plea deal arranged with the Weld County District Attorney in exchange for not being subjected to the death penalty.

On Nov. 19, Watts received five life sentences for the murders. The judge called this case “perhaps the most inhumane and vicious crime I have handled out of the thousands of cases that I have seen,” according to The New York Times.

“The man seated to my right smothered his daughters,” District Attorney Michael Rourke said during the proceedings, later describing how Watts dumped the bodies of his two young daughters in oil tanks and buried his slain wife nearby. 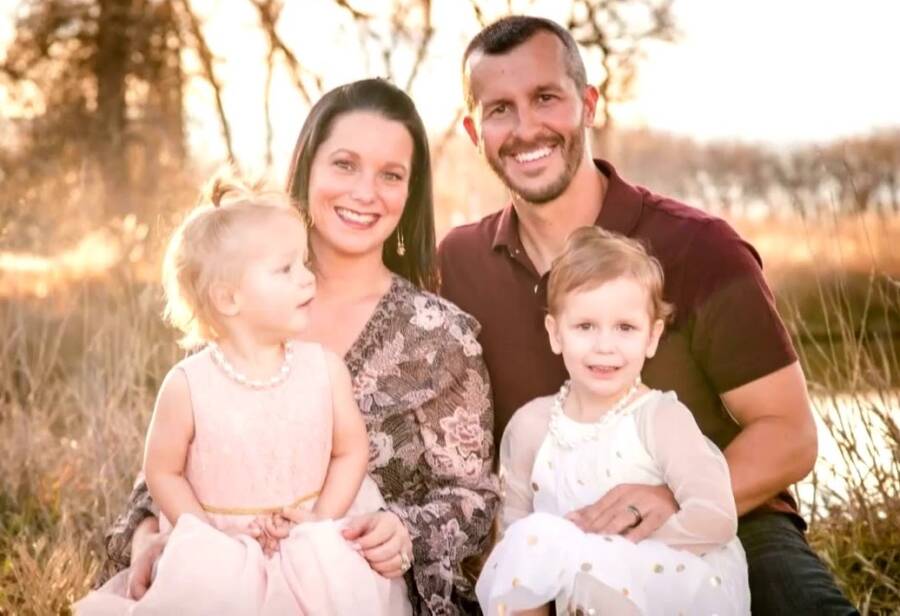 Watts FamilyChris Watts with the family he murdered.

However, one of these details seem to bother the women that are sending love letters to Chris Watts.

Psychologist Judy Ho, who co-hosts the television series Face The Truth, says that nearly every convicted killer has these types of “groupies” that will send them such letters — no matter how heinous their crimes. It’s the fact that women are sometimes attracted to the “bad boy” and, as Ho explains it, want to be the “special person” to fix their wrongdoing.

For Watts, although these women sending letters to him might make his time in jail a touch more bearable, his five life sentences will probably do away with any chance of any actual relationships coming to pass.

Next, read about how the Parkland shooter Nikolas Cruz received fan mail from teenage girls. Then, read about Ted Bundy’s daughter who he fathered with wife Carole Ann Boone while sitting on death row for multiple murders.