Art is a site of cultural transformation. These communist propaganda posters take you back to one of the biggest movements in history. 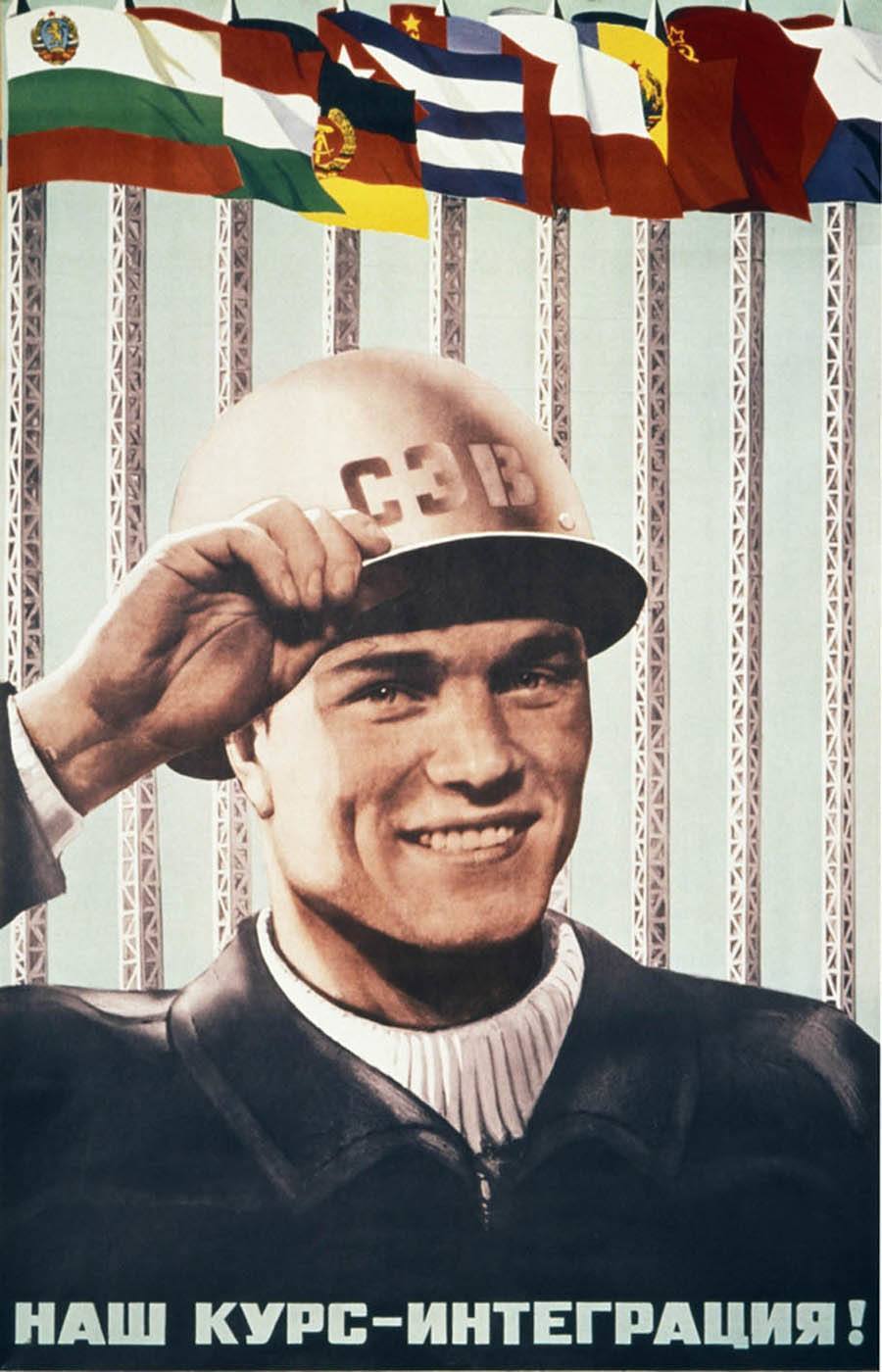 The Russian avant-garde movement was more than just a faction of the art scene; it linked the Soviet working class and the Communist Party and served as a site of cultural transformation. 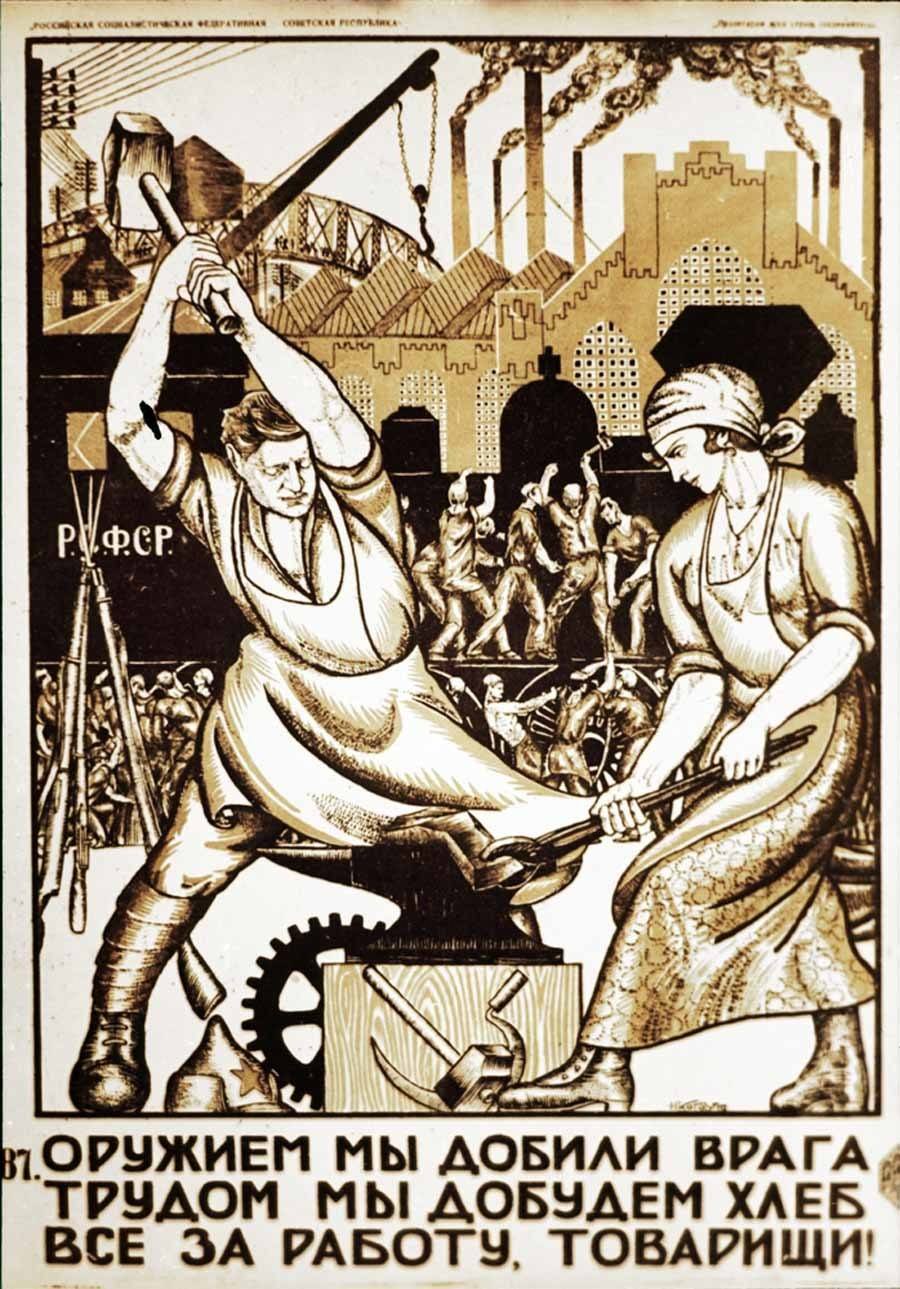 1930s: “For the Industrial Plan; for completing a five-year plan in only four; against religion." 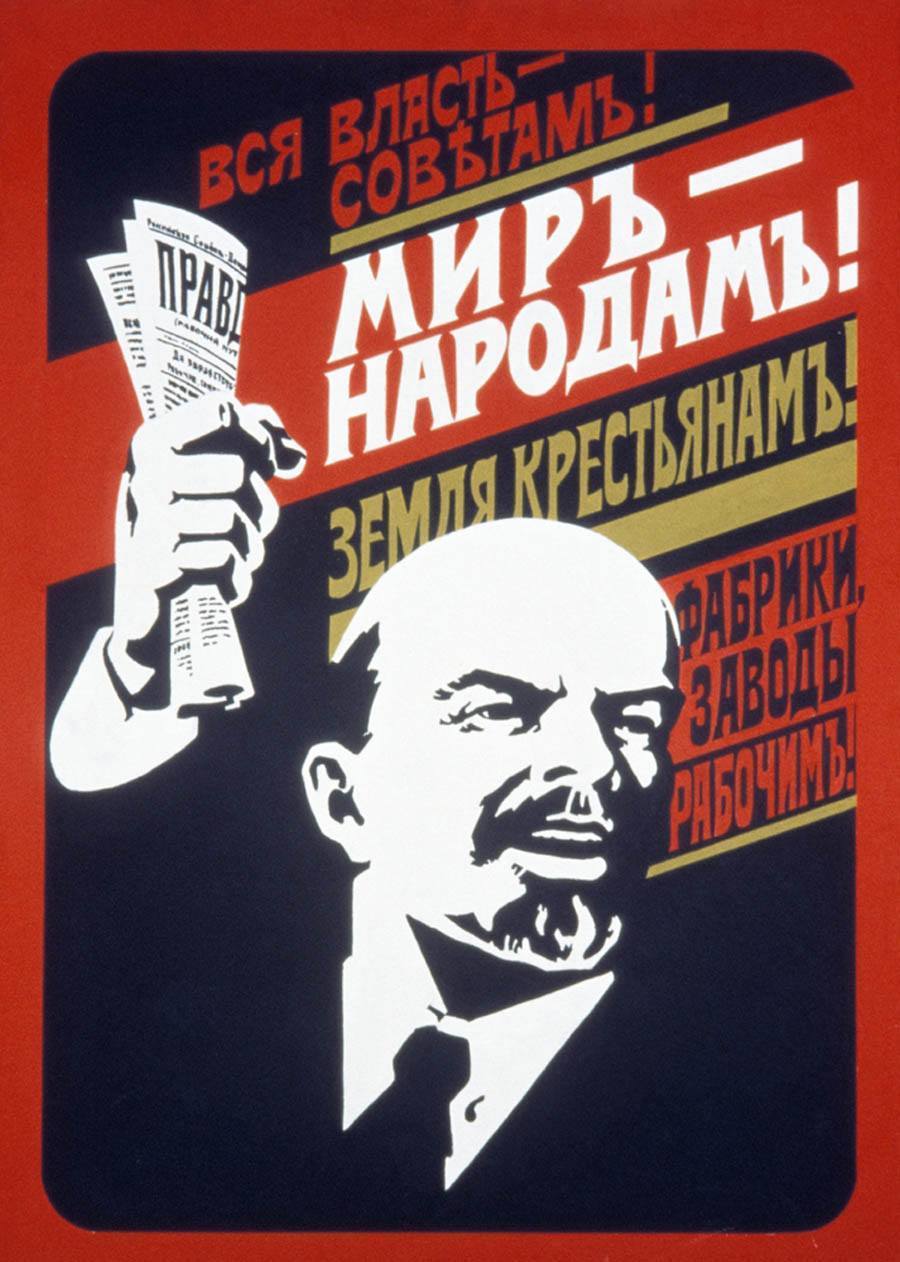 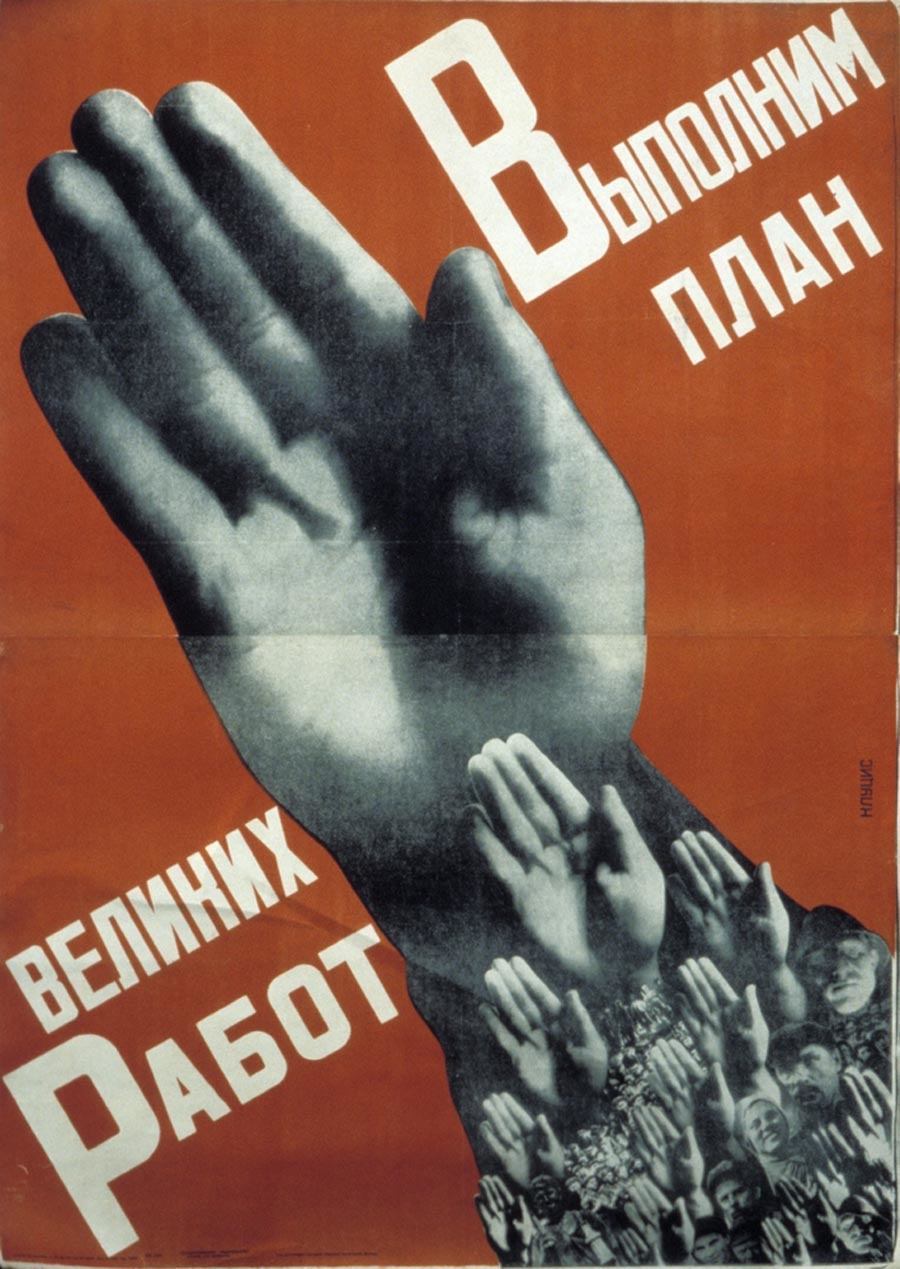 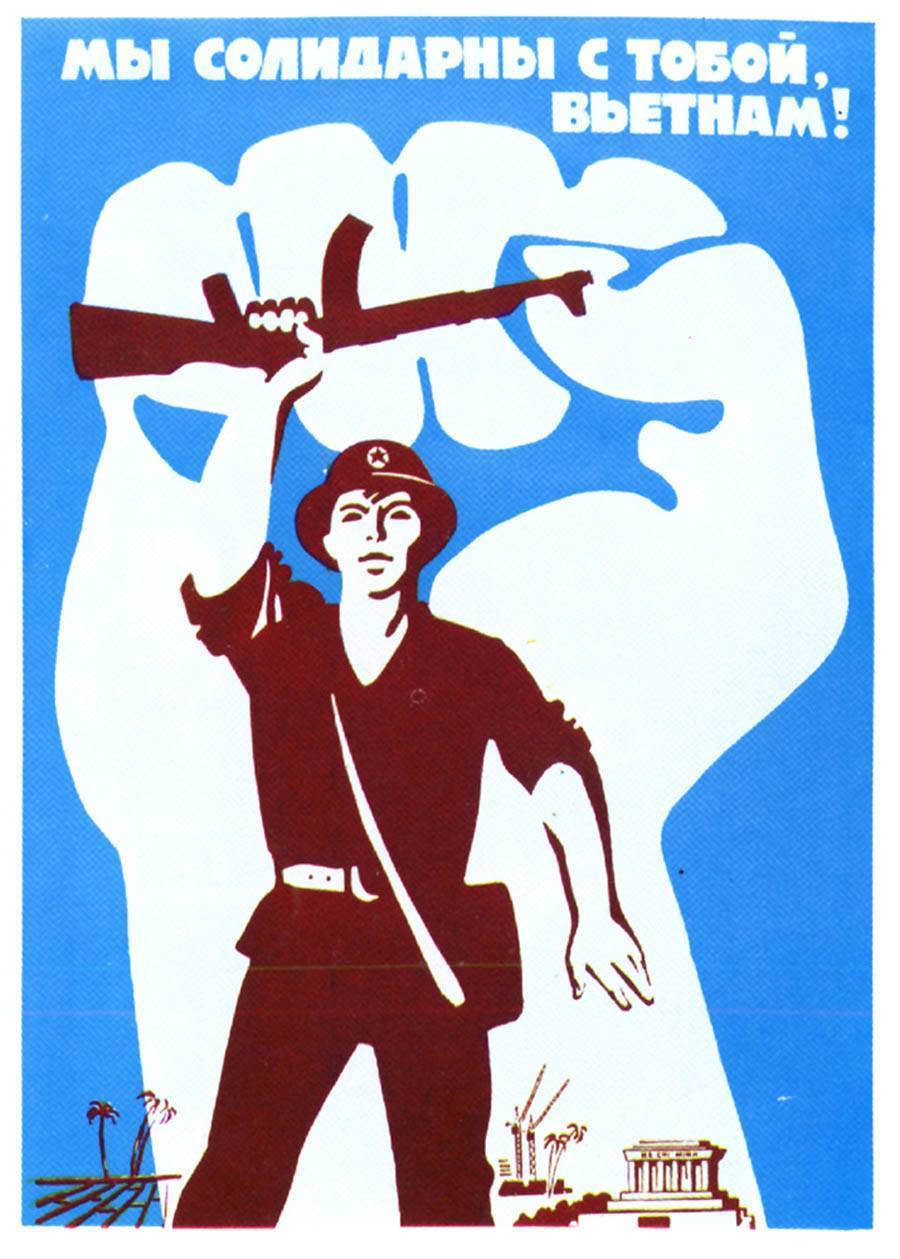 Anti-Nazi propaganda: "Worker, be on the alert!" Source: Huffington Post 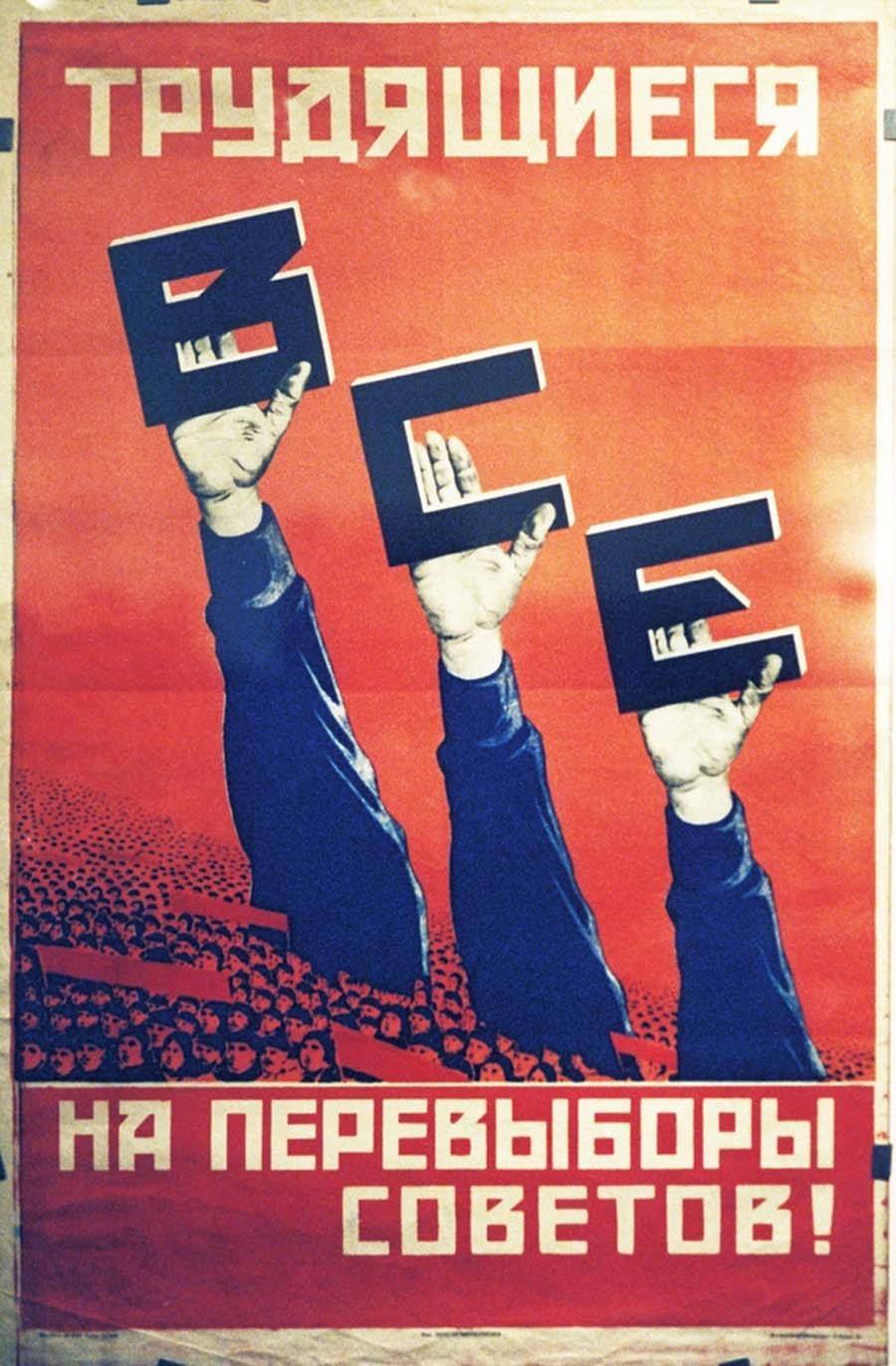 1920: “Vrangel is next on line." (Vrangel was a commanding general in the Russian Civil War.) 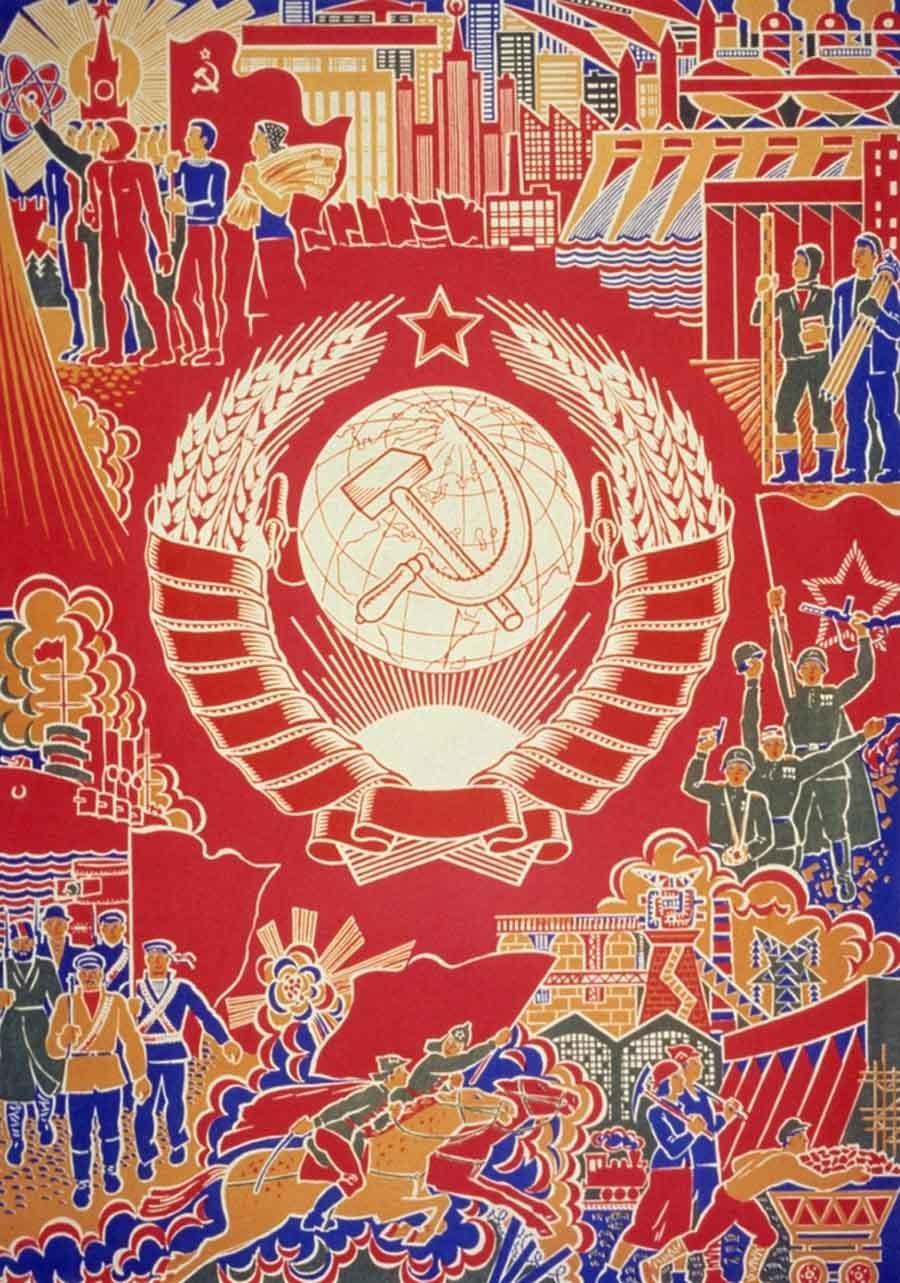 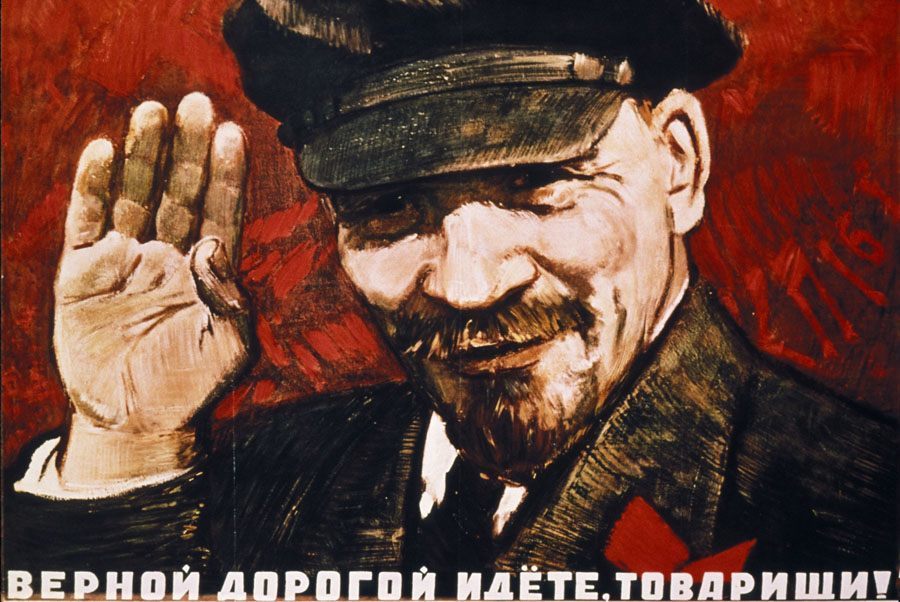 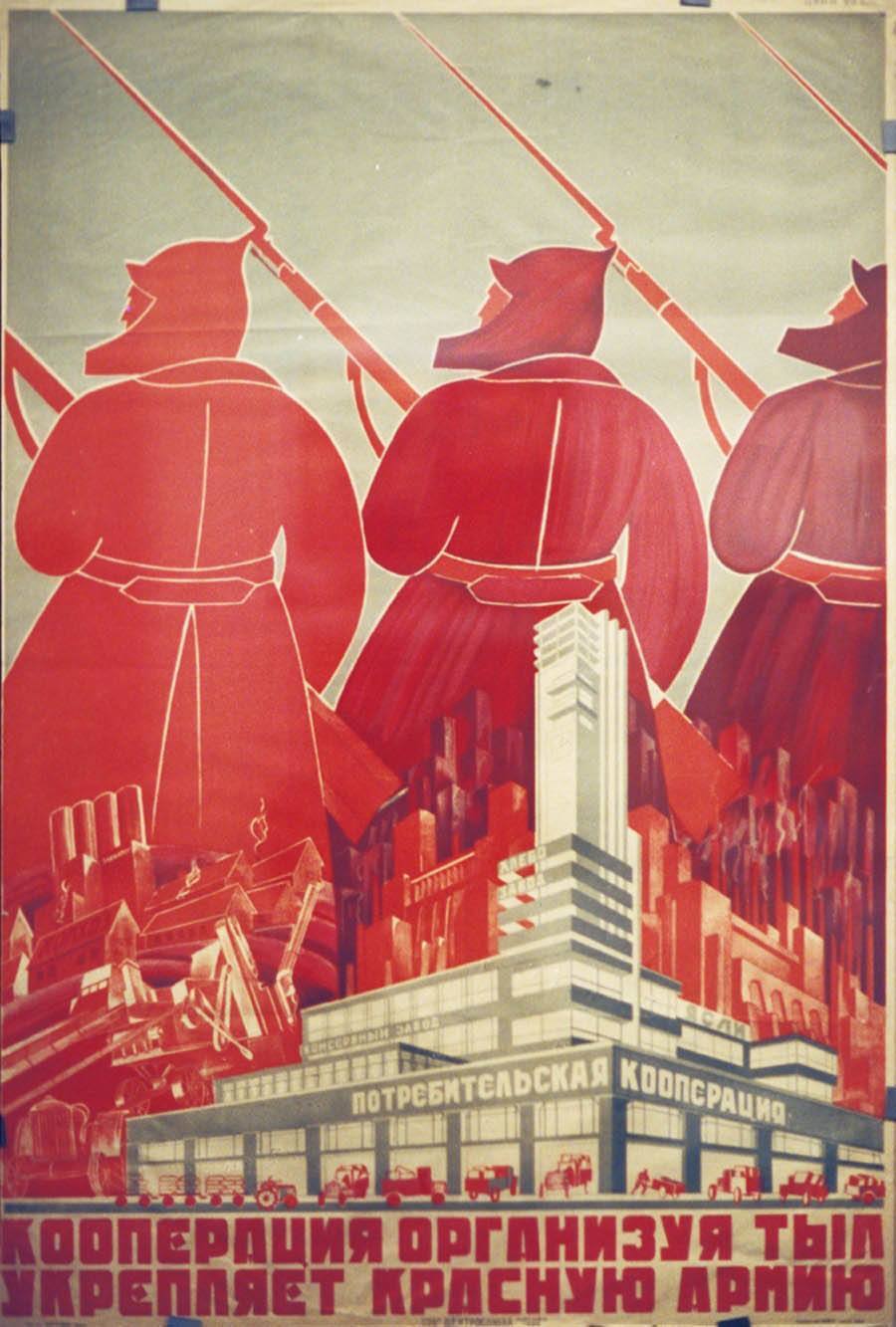 1970s art by Boris Parmeev: “We grow under the sun of our country.” 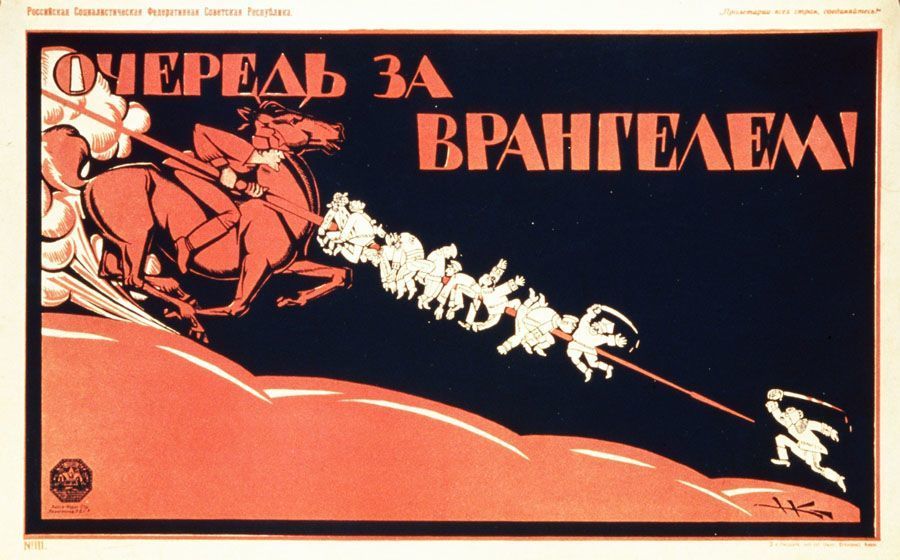 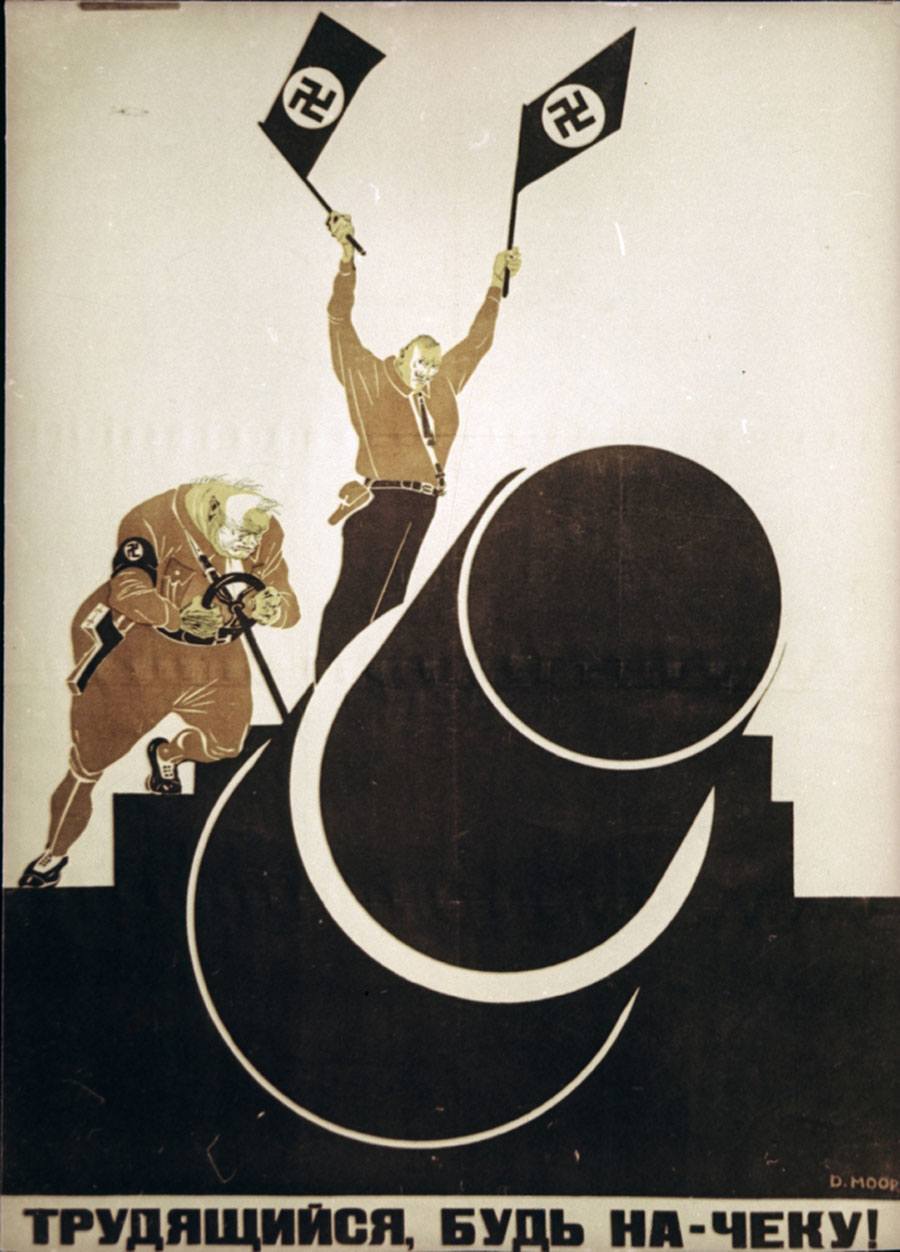 1970s: “We are in solidarity with you, Vietnam!” Source: Huffington Post 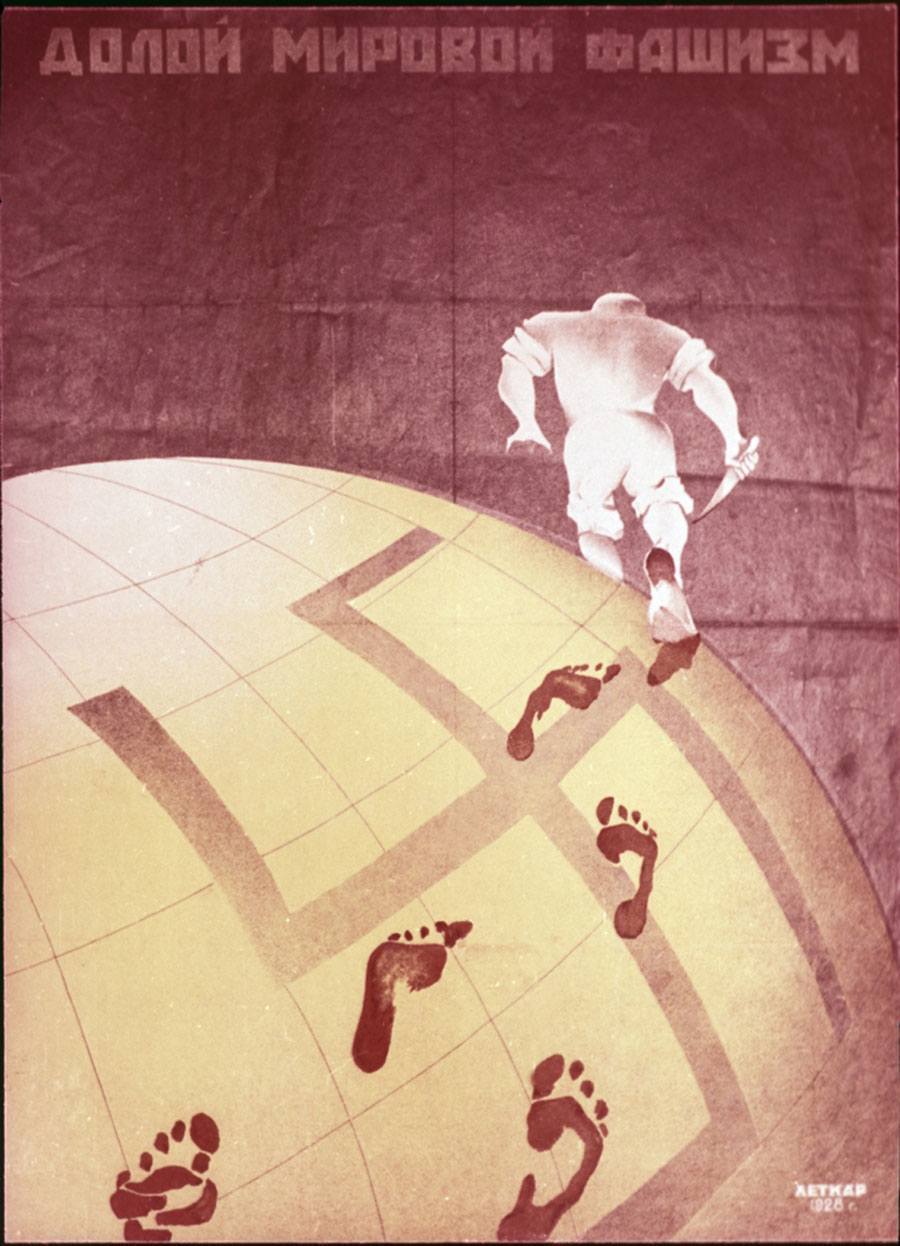 1930: Poster from Gustav Klutsis: “With great labor we will fulfill the plan.” Source: Huffington Post 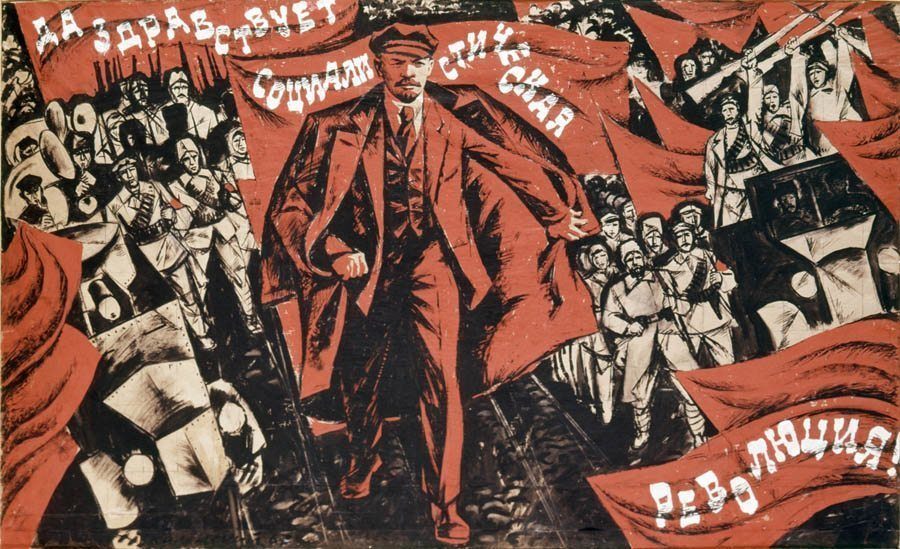 1920s: “All power to the Soviets. Peace to the People. Land to the peasants.” Source: Huffington Post 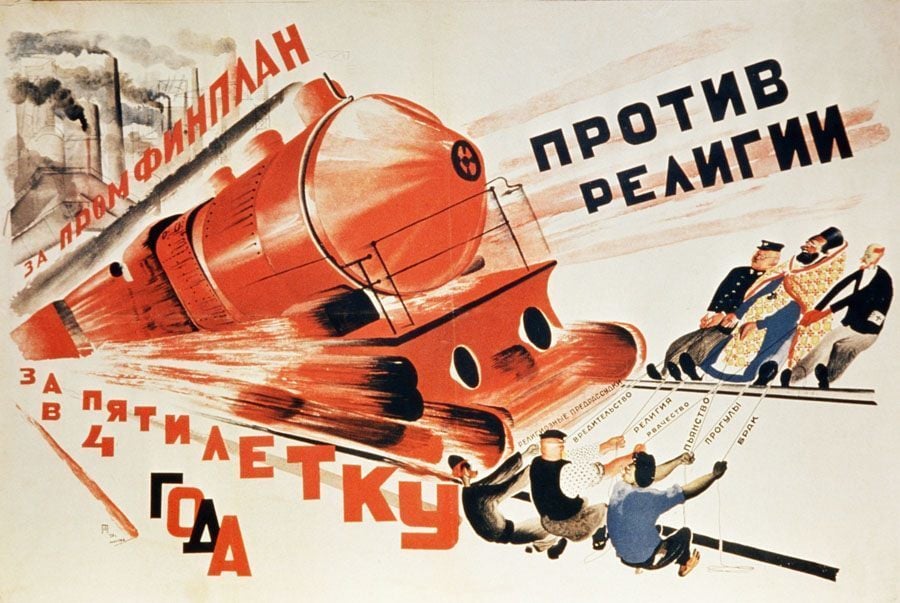 1920s: “With guns we will defeat the enemy, with hard work we will have bread. To work, comrades!” 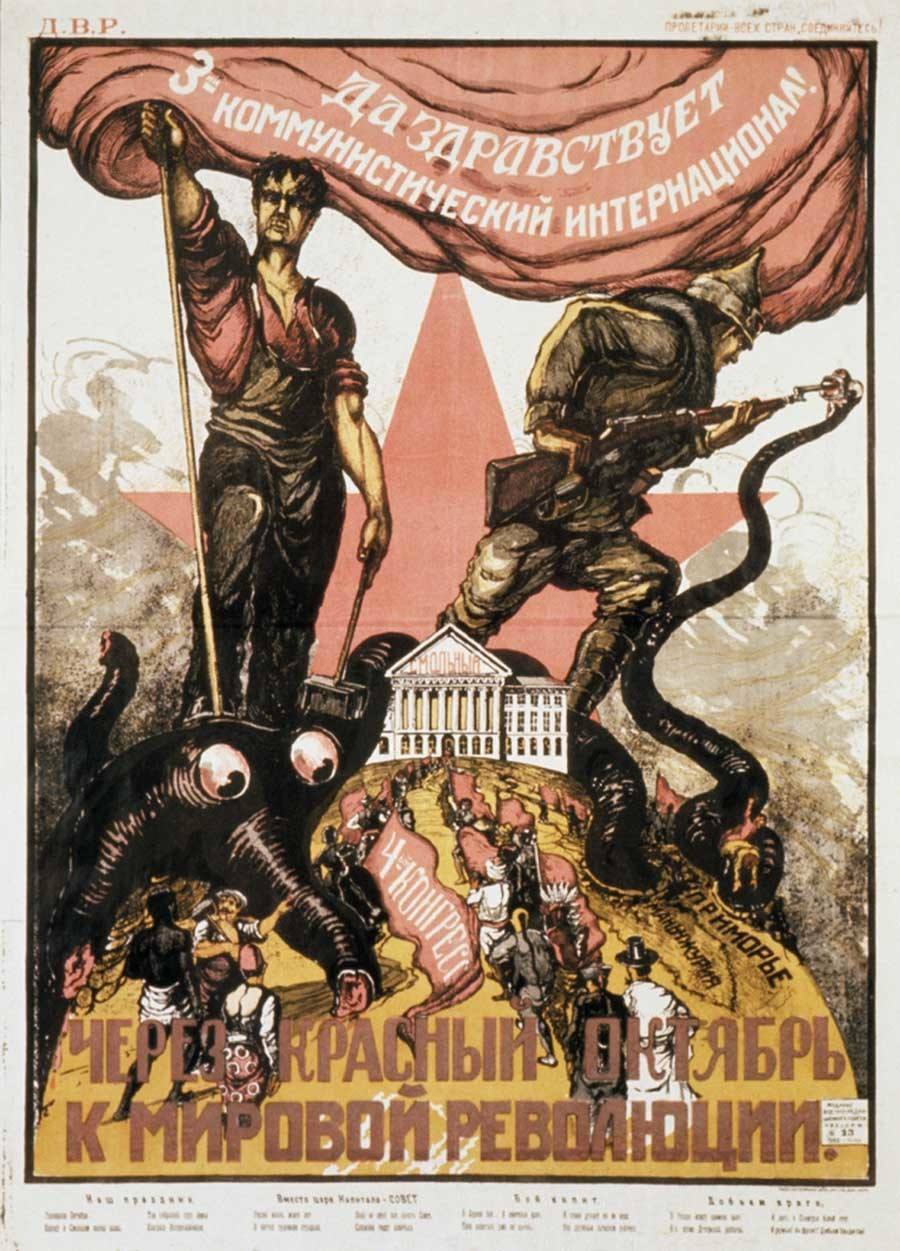 1920s: “Long live the 3rd Communist International – from a red October to a world revolution.” 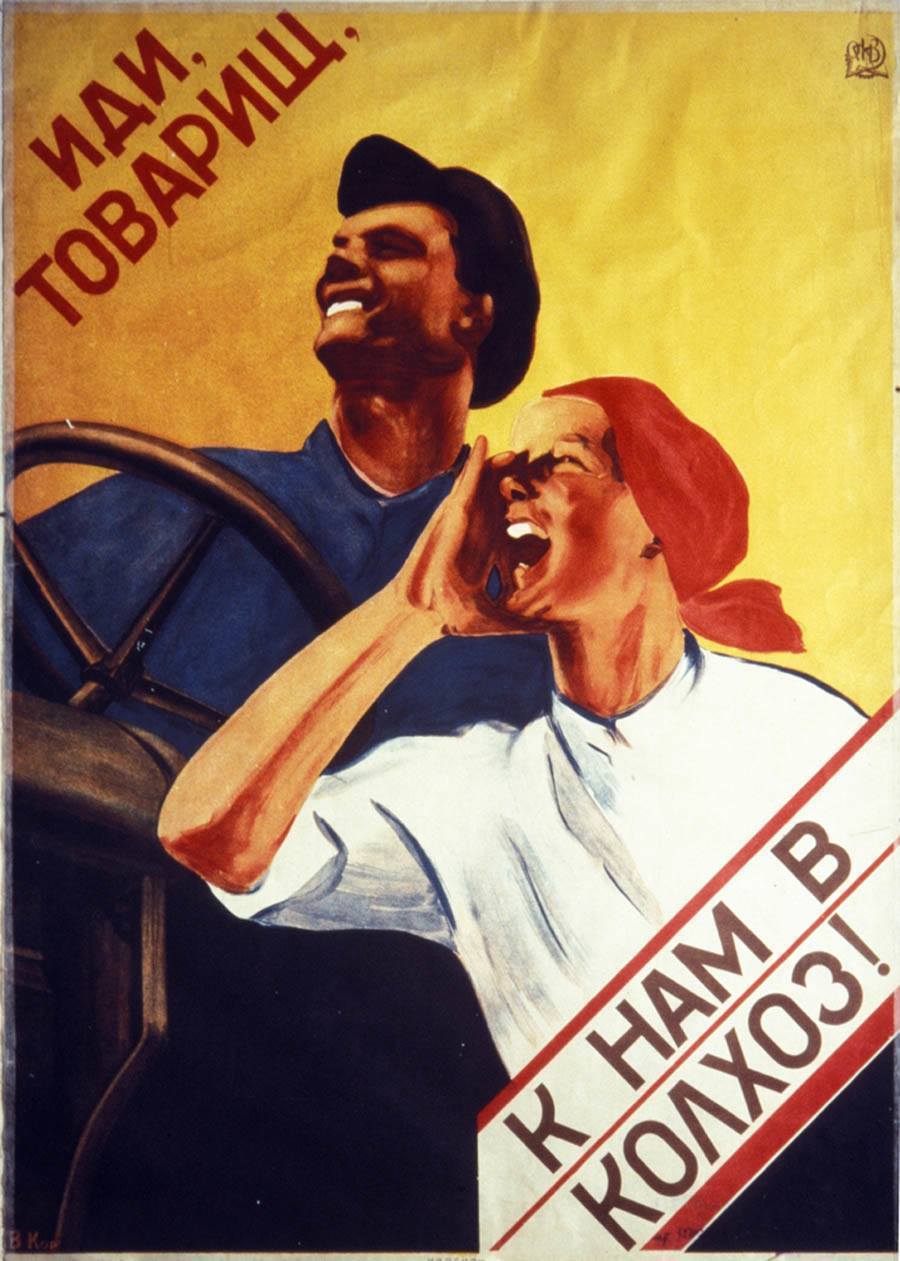 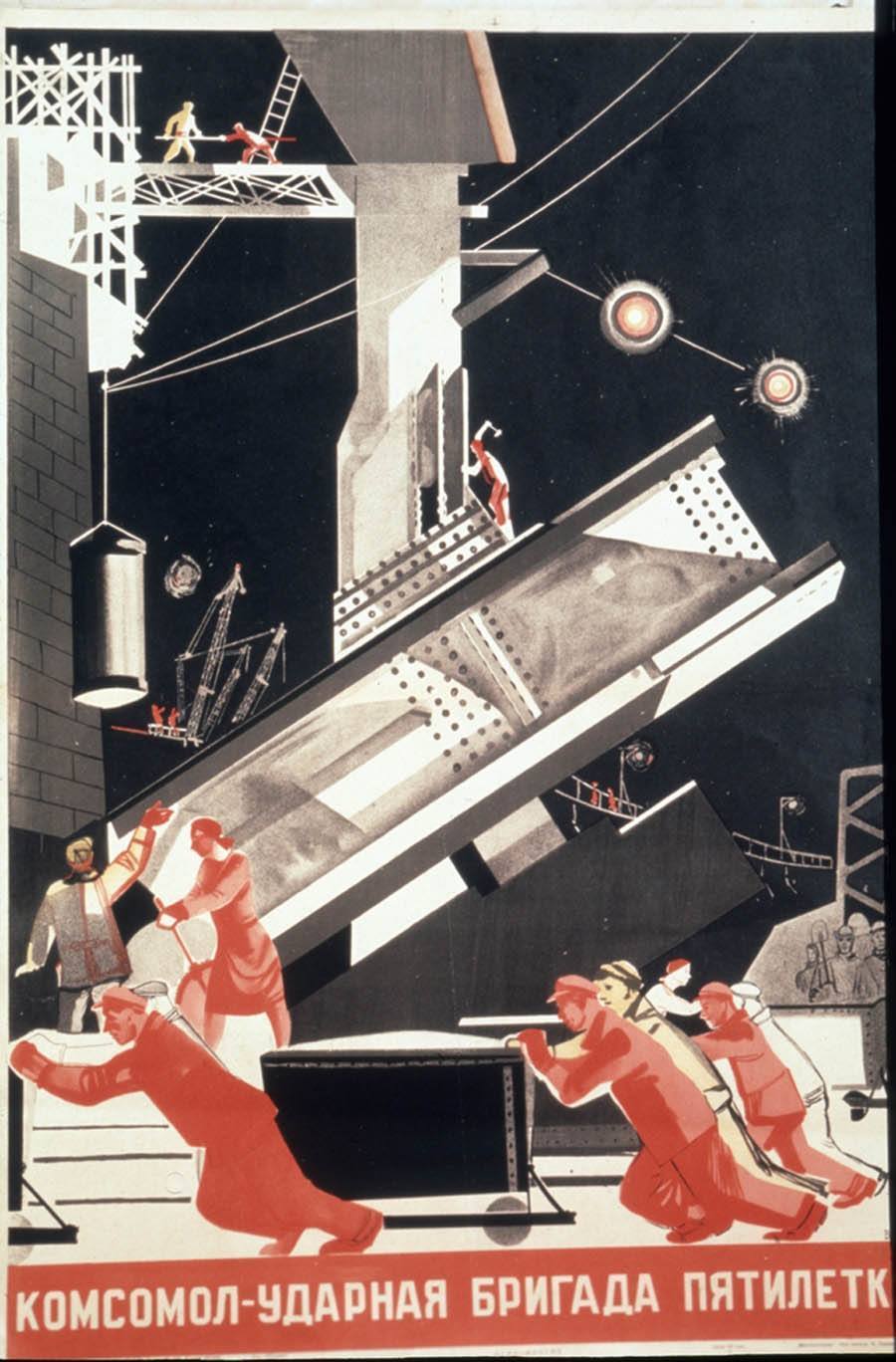 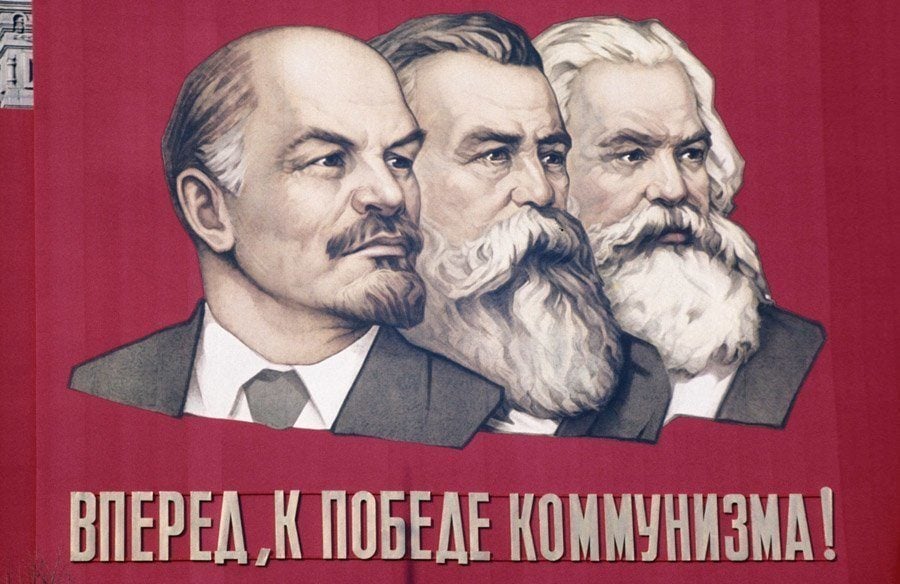 1960. “Forward, to the victory of communism!” Poster features Lenin, Engels and Marx. 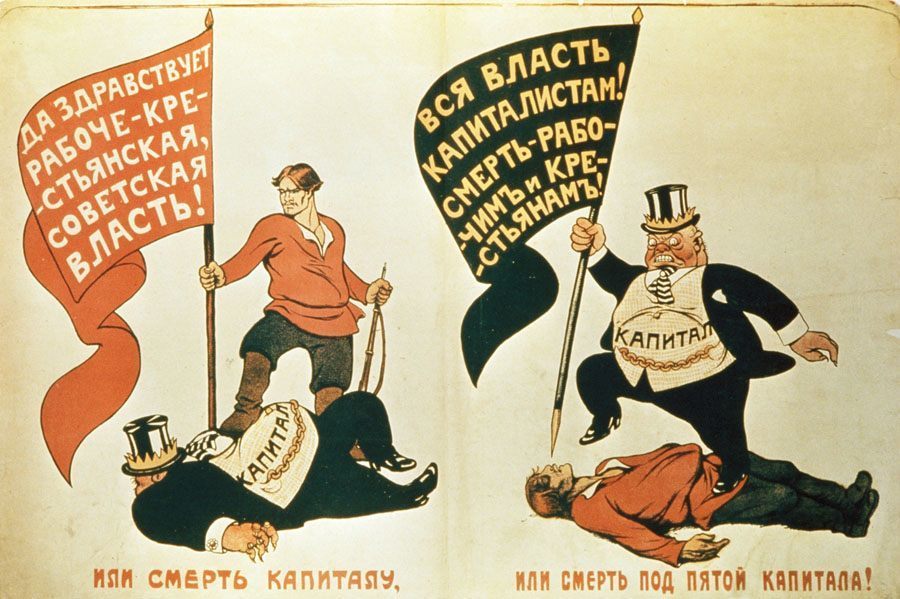 1919: "Death to capital, or death under the heel of capitalism!" Source: Huffington Post 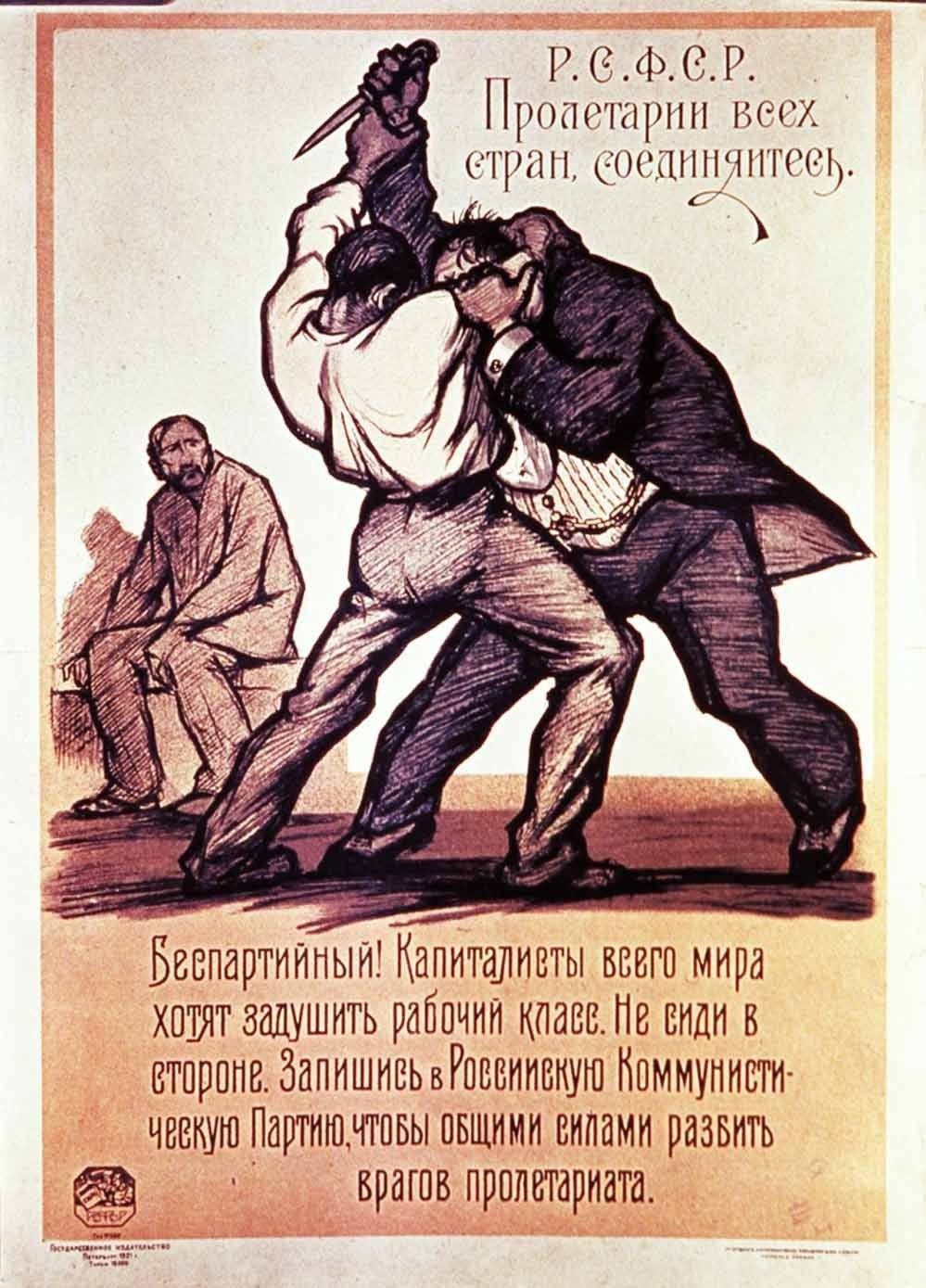 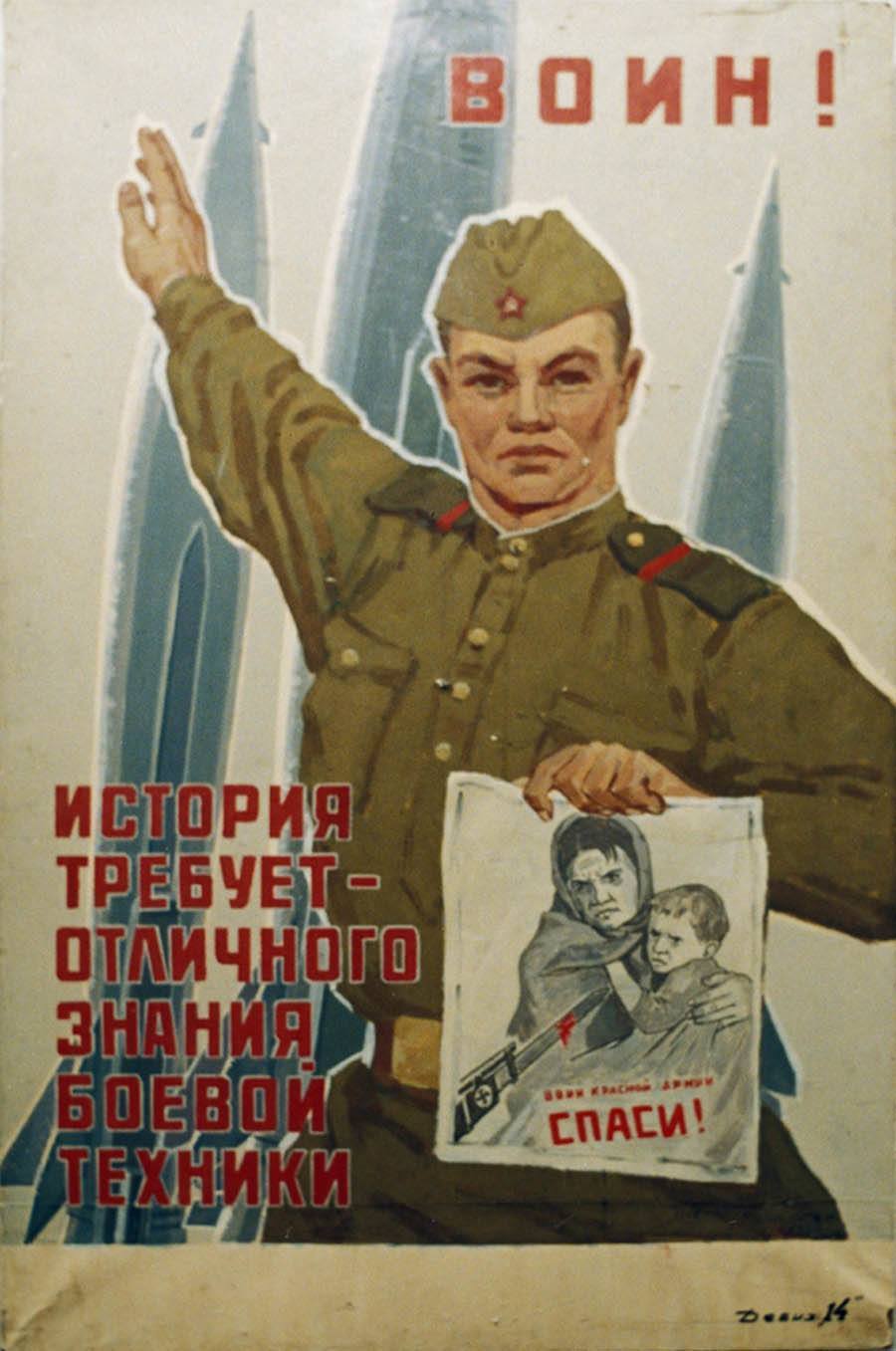 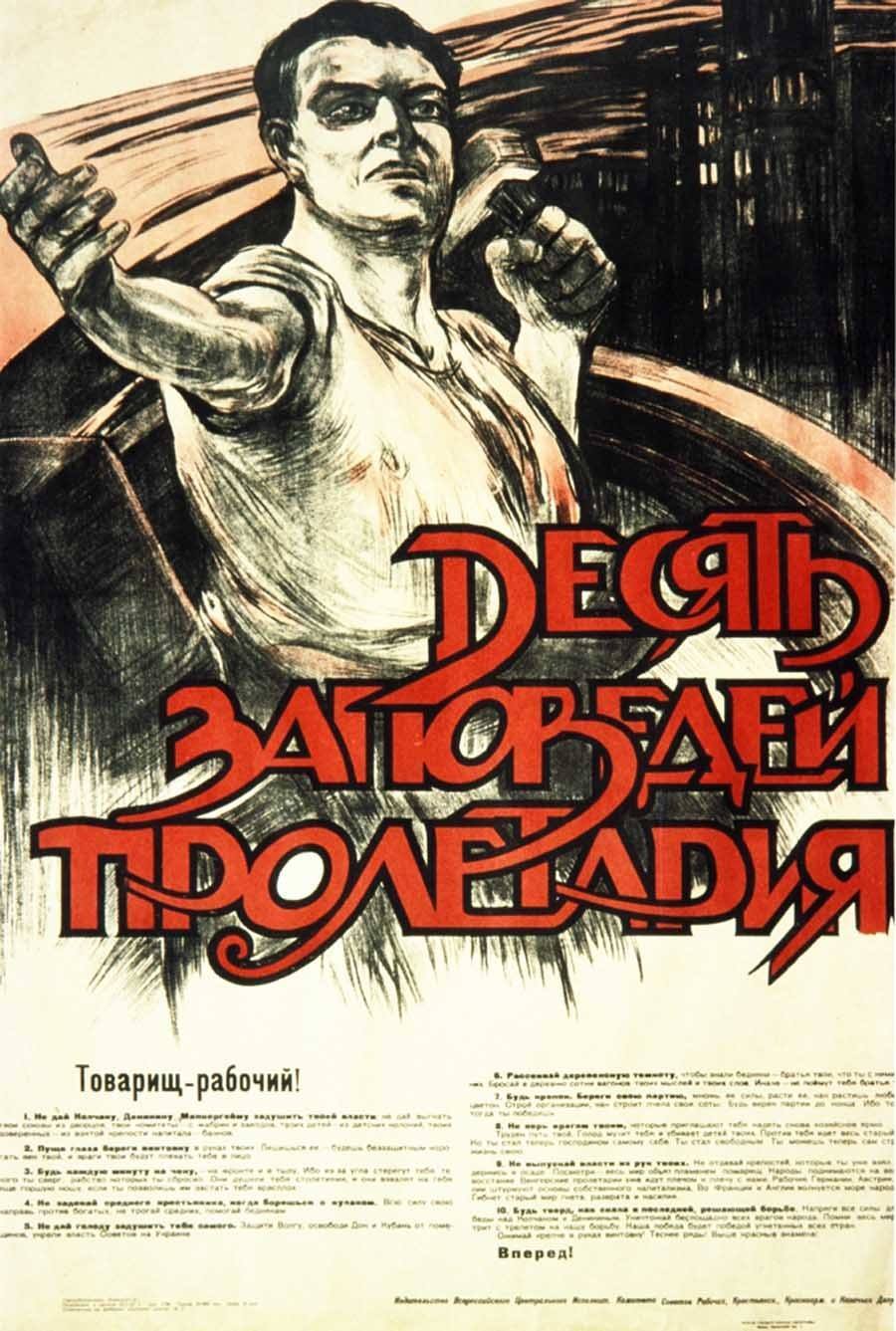 1930: “The Ten Commandments of the Proletariat.” 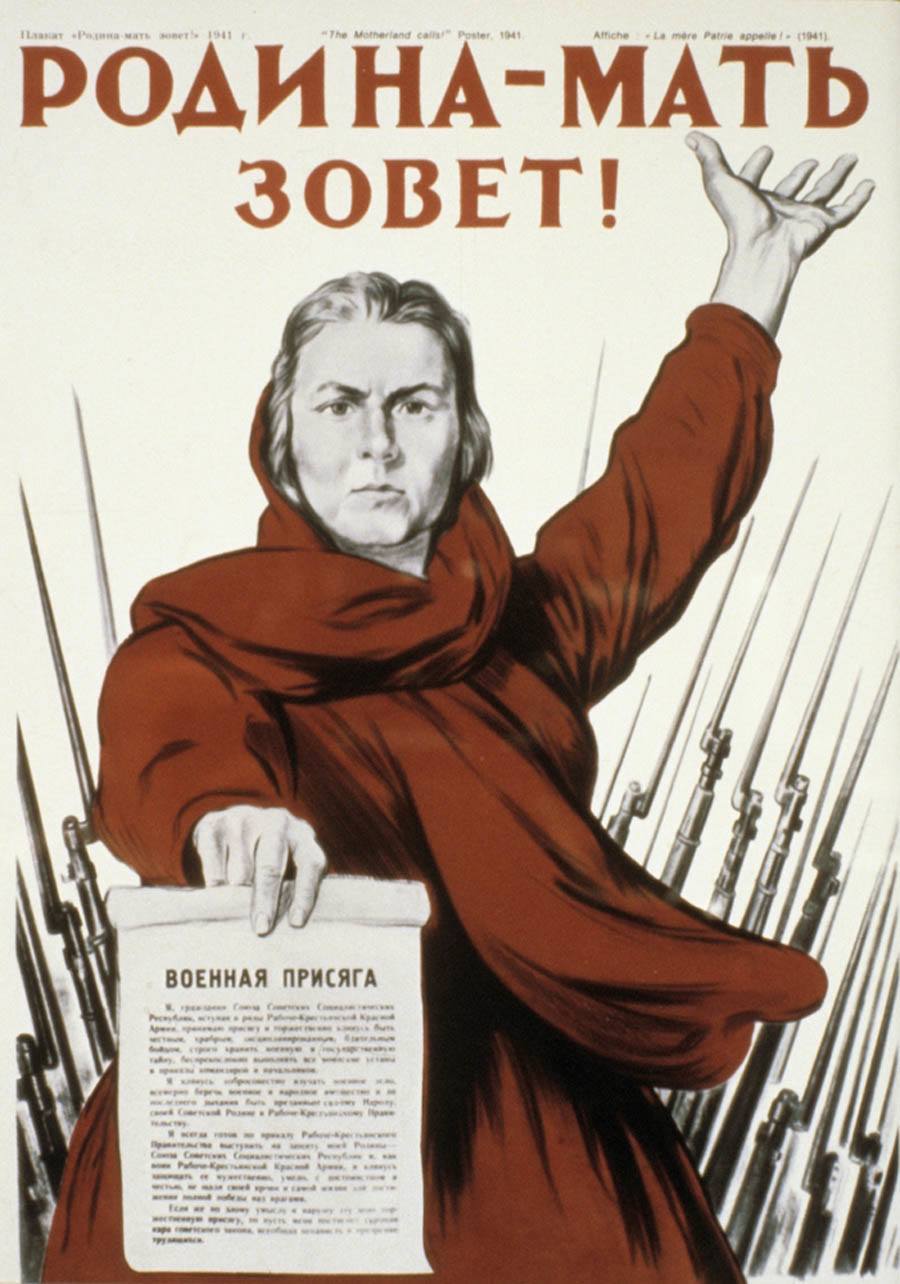 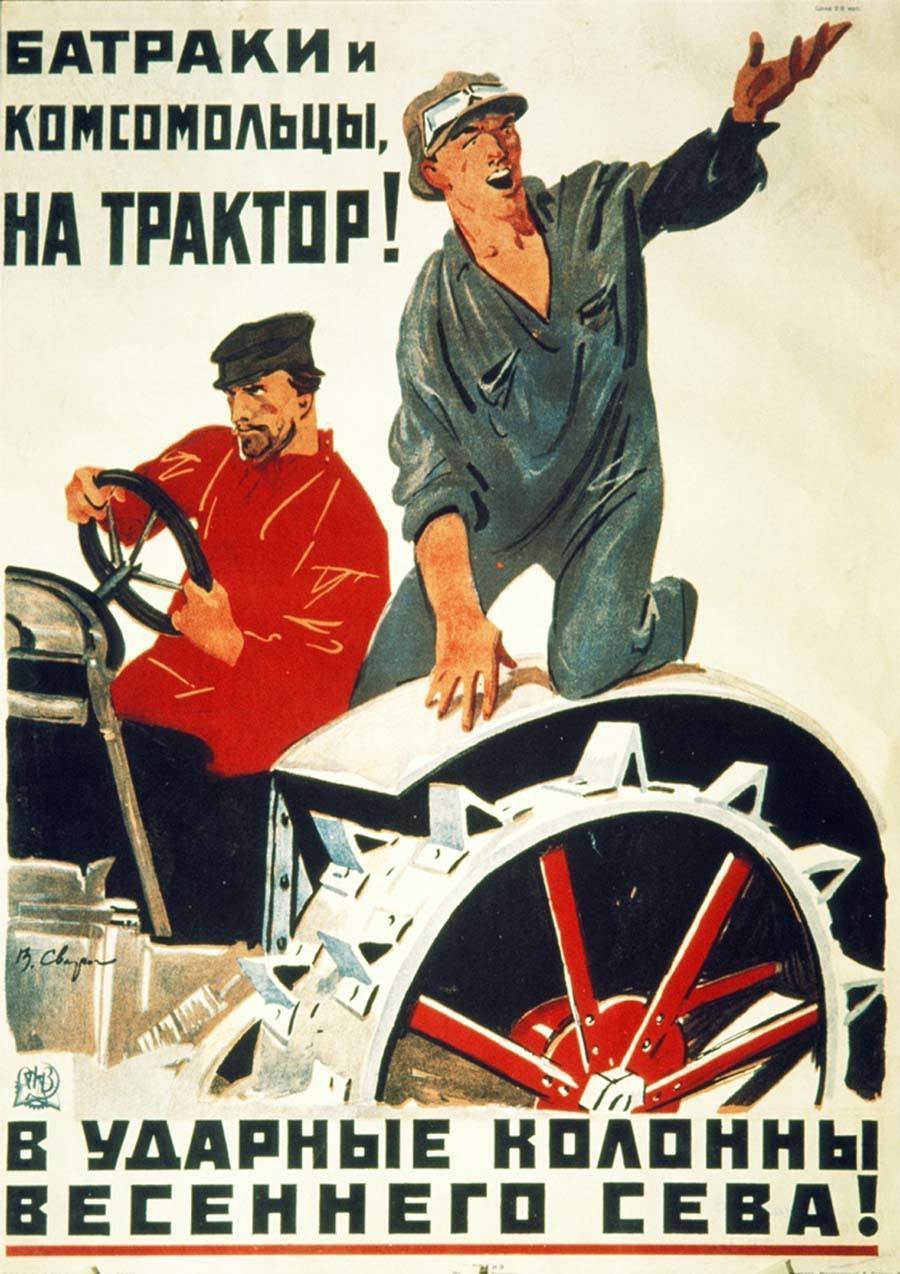 1930s: "Communist Youth, to tractors! Into the shock troops of the spring harvest!" 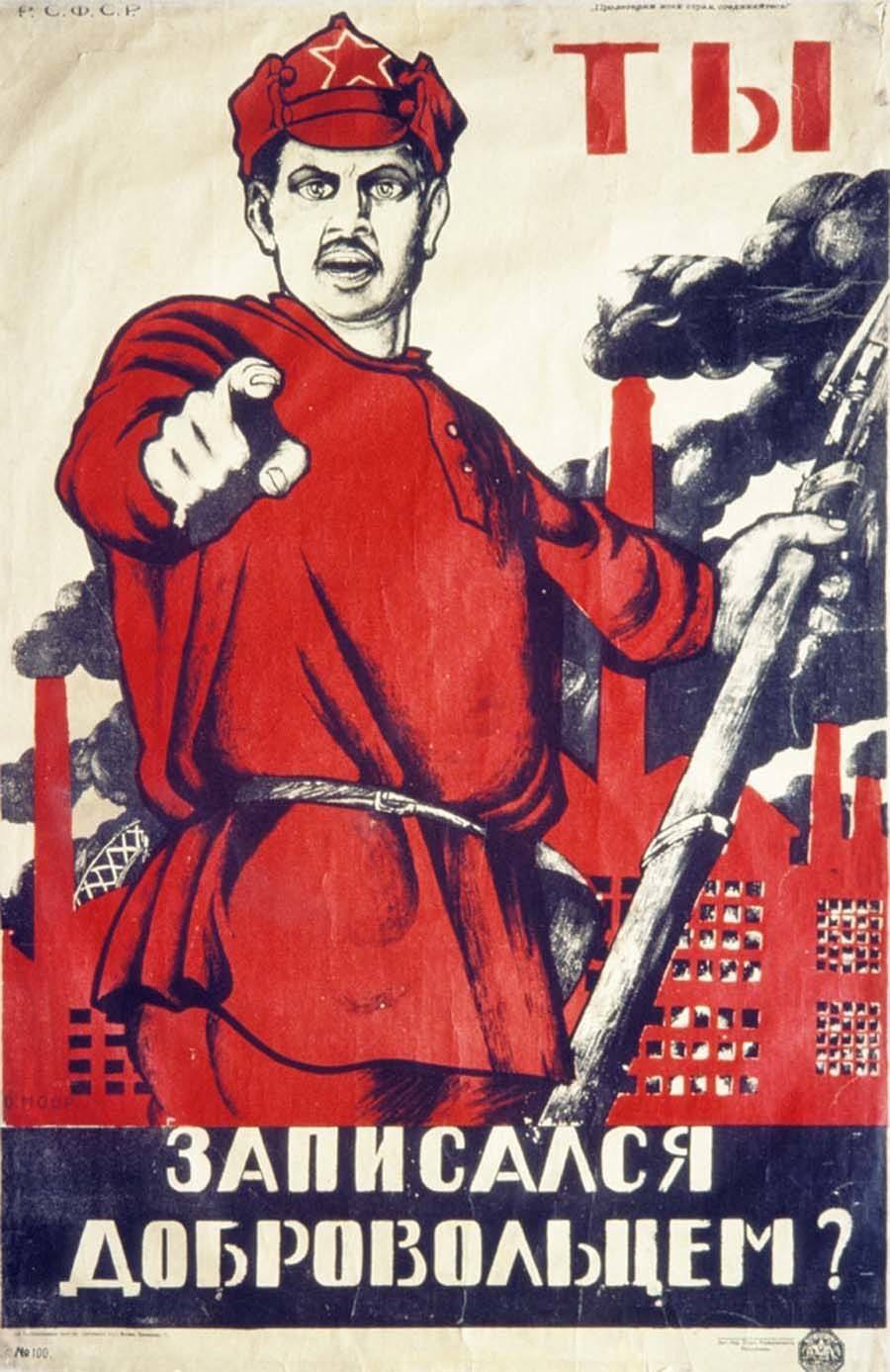 The Russian Revolution: “Have you signed up with the volunteers?” Source: Huffington Post

It didn’t stop at posters. All facets of media were used as political tools to install kitschy hope and pride into societal bloodstreams.

When paired with an educational system that would indoctrinate and form a “new-man” to embody the Soviet cause, it seemed that the Soviet propaganda machine--and by extension, the Soviets--was unstoppable.

“We must make the young into a generation of Communists. Children, like soft wax, are very malleable and they should be moulded into good Communists... We must rescue children from the harmful influence of the family... We must nationalize them. From the earliest days of their little lives, they must find themselves under the beneficent influence of Communist schools... To oblige the mother to give her child to the Soviet state – that is our task."