Why People Make — And Are Fascinated By — Crop Circles

The Canola Is A Lie 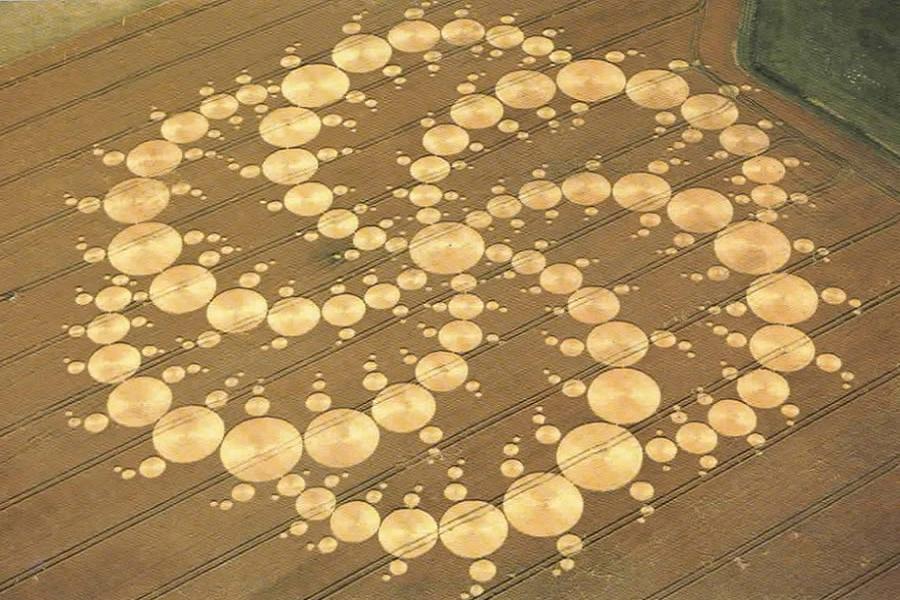 Bower and Chorley backed up their claims by demonstrating their technique in broad daylight for a news crew. First, they stepped very carefully through the fields so as to not leave footprints. Then, using a five-foot iron bar from Bower’s shop, they gently pressed down the wheat in ever-widening circles.

To keep track of their progress, Chorley hung a small wire loop from the brim of his baseball cap and sighted landmarks through it while expanding the design. Using only this primitive setup, the hoaxers managed to produce a convincingly elaborate design in a field in a little over an hour.

The mystery, it seemed, was solved: Bower and Chorley started the whole thing as a prank, they got some publicity, and copycats worldwide started doing similar things in their own countries after they heard about the phenomenon. Case closed.

Unfortunately for reality, a cottage industry had sprung up that depended on the circles being of unearthly, divine, or at least weird, origin. Two normal people confessing they were just having fun threatened to spoil the bottom lines for a lot of tour guides, crystal merchants, and pseudoscientists looking to sell their books.

Which probably goes a long way to explaining why so few “experts” believed Bower and Chorley, even after they demonstrated their techniques and produced over 200 drawings of circles they had done.

One such expert, a former Australian nurse and now “independent crop circle researcher” named Megan Heazlewood, has apparently spent over 16 years independently researching crop circles. Her take on them is that, while some are undoubtedly of prosaic origin, surely some are of nonhuman making, especially the ones in canola fields.

“Crop circles have appeared in all sorts of crops, even silverbeet and rice paddies, but the ones in canola are the most extraordinary in my opinion. . . canola has a consistency like celery. If you bend canola, at 45 degrees it snaps. In canola fields, the plants are bent at 90 degrees to an inch above the ground. The whole stem lies parallel with the delicate flower heads intact. If you stomped a crop of canola down you would get mush; the delicate flower head would be totally destroyed. But in crop circles eventually the plant will stand up again.” 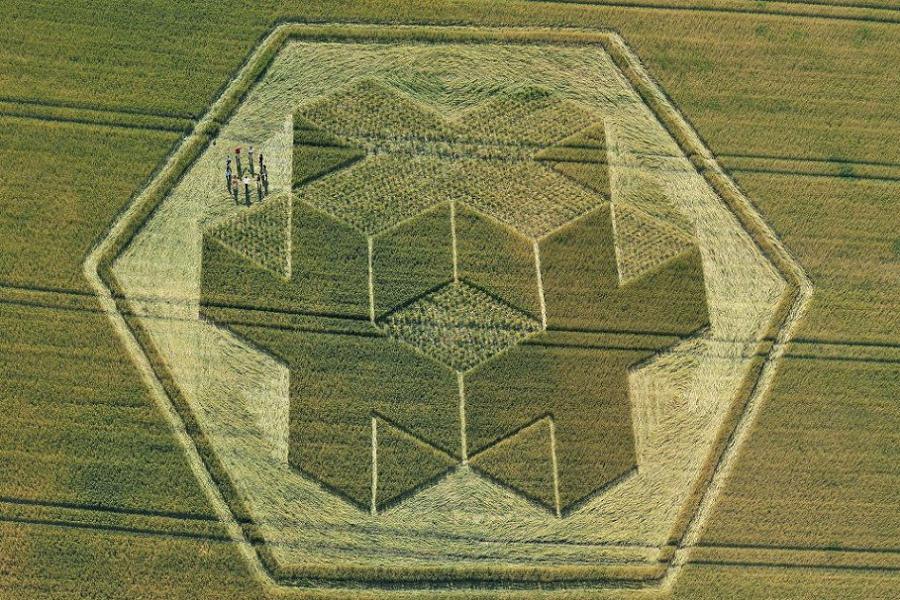 All this has been a lot of fun for Bower and Chorley, and for their families, who have taken up the hobby themselves.

Too much of a good thing, however, is still too much. Chorley died of cancer in 1997, only to be contacted years later by a Dutch psychic medium who asserts that the deceased artist, of all people, is still trying to communicate with the world of the living. By 2012, the medium’s dire YouTube videos had gotten so hard to ignore that Chorley’s family felt the need to publish a cease-and-desist order to demand a stop to it.

The letter is written in somewhat dense legalese, but Chorley’s son, Richard, did manage to get in some inspiring thoughts about his father’s legacy.

“Our family’s opinion is that the English Crop Circles are a particularly beautiful British modern art form – one of British modern art’s crown jewels to be exact – and they should be appreciated as such and enjoyed in the appropriate manner.

We are very proud of our father’s seminal role in the creation of the art form and, had he have lived,
he would have absolutely loved the elaborate and stunning creations of today’s artists.

I spoke many, many times to my father at length about what he believed to be the inspiration behind
the works he and Doug created, and he always came back to the same conclusion: He would say that
it was the raw beauty of the English countryside that inspired them and that inside that beauty there
were – and are – undefinable energies which attract and draw the Artist to the land.”

After this look at crop circles, check out some of the most famous hoaxes to ever fool the world. Then, see more of the world’s coolest crop circles.