Discover the exact probability that humans are alone in the universe, as calculated by a new study that updates the Drake Equation. 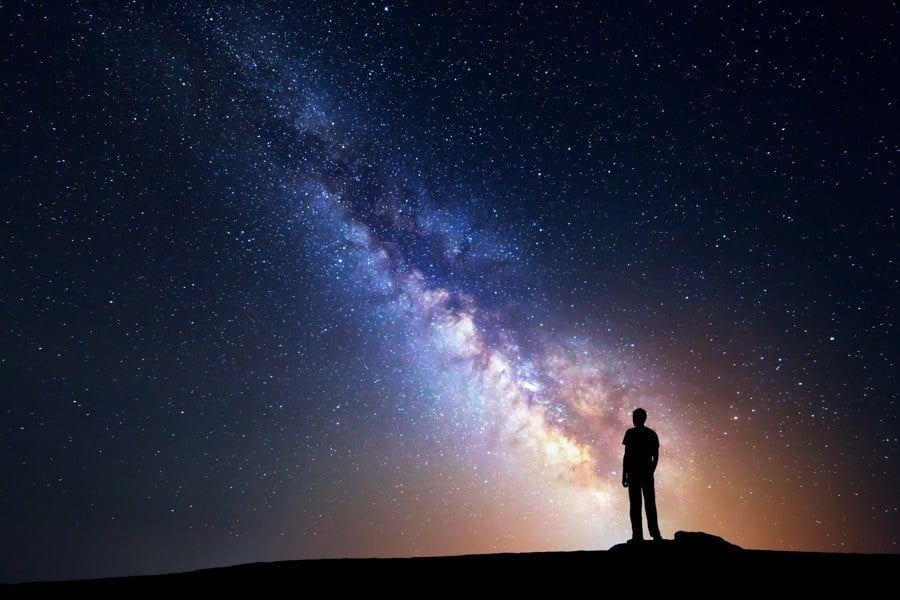 Are we alone in the universe? Any one of us can stare up at the sky and ponder that question, but scientists have long had a concrete formula to answer it: the Drake Equation.

But the problem with the Drake Equation (developed by Dr. Frank Drake of the National Radio Astronomy Observatory in 1961) was always that it depended on several unknown variables that prevented an accurate calculation — until now.

A new study from University of Rochester and University of Washington scientists and published in Astrobiology has updated the Drake Equation and put an exact number on the likelihood that humans are alone in the universe.

The researchers calculated that humans would be alone in the universe only if the odds of intelligent life developing on any other planet are less than about one in 10 billion trillion, or one in 10000000000000000000000.

They arrived at that number by using new NASA data to fill in the blanks that had been hampering the Drake Equation’s accuracy for decades. Those blank spots are, in the words of co-author Adam Frank, “how many…stars had planets that could potentially harbor life, how often life might evolve and lead to intelligent beings, and how long any civilizations might last before becoming extinct.”

With data from NASA’s Kepler satellite in hand, Frank and company now know that about one-fifth of all stars have planets in habitable zones, making them capable of supporting life.

Although the second and third variables above are still murky, the one-fifth answer to the first variable gave researchers enough to go on to arrive at their infinitesimally small new calculation.

“One in 10 billion trillion is incredibly small,” said Frank. “To me, this implies that other intelligent, technology producing species very likely have evolved before us. Think of it this way. Before our result you’d be considered a pessimist if you imagined the probability of evolving a civilization on a habitable planet were, say, one in a trillion. But even that guess, one chance in a trillion, implies that what has happened here on Earth with humanity has in fact happened about a 10 billion other times over cosmic history!”

Indeed, while the new study seems to strongly suggest that humans are not the only intelligent life to have ever developed, co-author Woodruff Sullivan reminds us that that doesn’t mean we’re likely to actually contact it.

“The universe is more than 13 billion years old,” said Sullivan. “That means that even if there have been a thousand civilizations in our own galaxy, if they live only as long as we have been around—roughly ten thousand years—then all of them are likely already extinct. And others won’t evolve until we are long gone. For us to have much chance of success in finding another ‘contemporary’ active technological civilization, on average they must last much longer than our present lifetime.”

“Given the vast distances between stars and the fixed speed of light we might never really be able to have a conversation with another civilization anyway,” Frank added. “If they were 50,000 light years away then every exchange would take 100,000 years to go back and forth.”

So, although this new study hasn’t produced the holy grail conclusion sought by skywatchers around the world — Aliens Exist — it has come as close as possible to producing a similar conclusion fascinating in its own right: Aliens Have Existed.

Next, see the details on Stephen Hawking’s $100 million search for aliens and discover the contents of the Golden Record, the time capsule shot into space in the 1970s and meant to explain humanity to any aliens who might find it.