Being Like Hitler A Good Thing, According To Philippines President Rodrigo Duterte 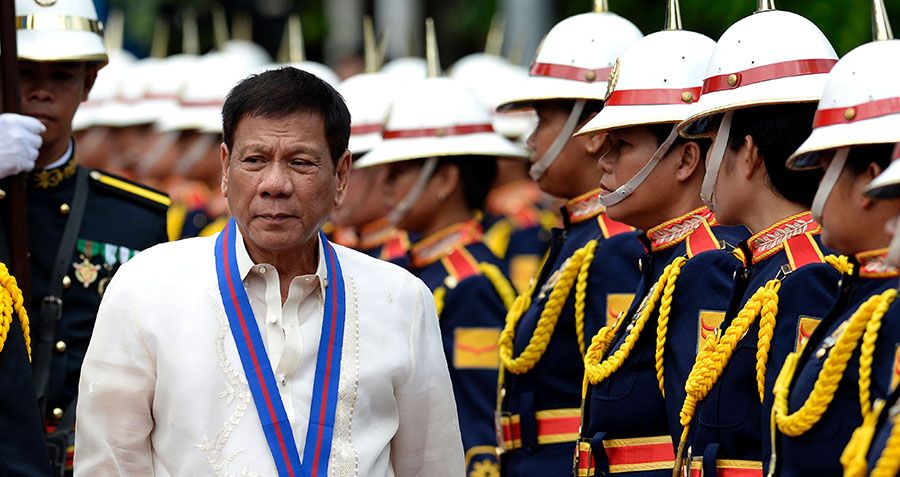 On Friday, Duterte made a speech in his hometown of Davao City, where he discussed drug addiction and likened himself to the Fuhrer.

“Hitler massacred three million Jews,” Duterte said. “Now there is three million drug addicts (in the Philippines)…I’d be happy to slaughter them. At least if Germany had Hitler, the Philippines would have (me). You know my victims, I would like (them) to be all criminals, to finish the problem of my country and save the next generation from perdition.”

Jewish leaders were quick to condemn the 71-year-old’s remarks. “These statements are revolting, and President Duterte must retract them and apologize,” Jewish Congress President Ronald Lauder said, according to CNN.

“Drug abuse is a serious issue. But what President Duterte said is not only profoundly inhumane, but it demonstrates an appalling disrespect for human life.”

While perhaps shocking to international audiences, Duterte’s remarks are in line with the attitudes he has expressed and the positions he has often taken since his May 2016 election — which he won in a landslide.

Indeed, during his inaugural State of the Nation address, Duterte said that “We will not stop until the last drug lord…and the last pusher have surrendered or are put either behind bars or below the ground, if they wish.”

In July, Duterte called on citizens to engage in extrajudicial killings. “These sons of whores are destroying our children,” Duterte said. “If you know of any addicts, go ahead and kill them yourself as getting their parents to do it would be too painful.”

Duterte campaigned on waging a war against drugs, which he then said would kill 100,000 people, the Guardian reported. He added that the fish in Manila Bay would grow fat from feeding on the corpses.

Many in the Philippines do suffer from drug abuse, particularly with meth. According to a 2011 United Nations Drug Report, the Philippines has the highest methamphetamine hydrochloride abuse rate.

Likewise, given its location, international drug syndicates use the island nation as a transit hub for illicit drugs, which as of 2013 amounted to an $8.4 billion trade.

And before the Philippines’ poverty levels — more than 25 percent of Filipinos live below the poverty line, according to the National Statistical Coordination Board — drug trafficking offers itself as a way to eke out a living.

So far, at least 3,500 people have been killed since Duterte’s War on Drugs commenced on July 1, according to the Rappler. As of September 29, 36 percent of those were drug personalities killed in police operations. The remaining 64 percent were victims of extrajudicial or vigilante-style killings.

Want to learn more about how the Philippines’ drug use compares to other nations? Check out these maps that explain the world’s drug problem.