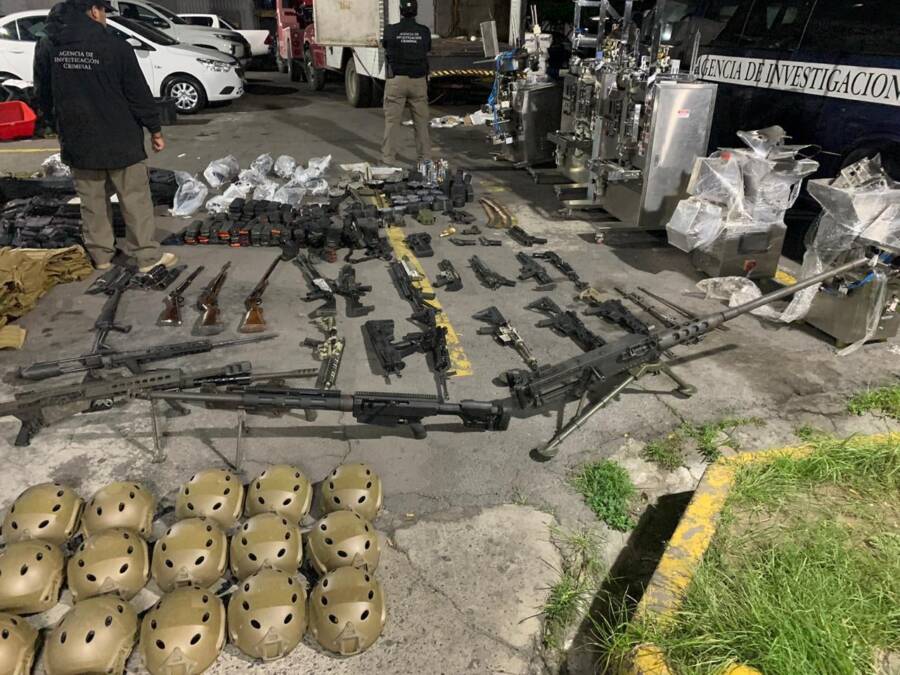 On eBay, buyers often hunt for hard-to-find items. Ismael Almada was one of them. Except that he was searching for military-grade weapons and accessories — and they weren’t for fun or sport.

Almada and his brother, Carlos, used over 50 PayPal accounts to avoid suspicion. Steathily, they made purchases of tactical gear like grenade launchers, gun parts, night-vision goggles, and bullet-proof vests. Ismael was also using his mother’s credit card to make many of the purchases, he would later admit to the DEA.

Then, the brothers provided the gear to New Generation — a fearsome cartel operating in Jalisco, Mexico.

New Generation (CJNG) has a reputation for using military-level tactical gear. The cartel even once shot down a military helicopter with a grenade launcher. 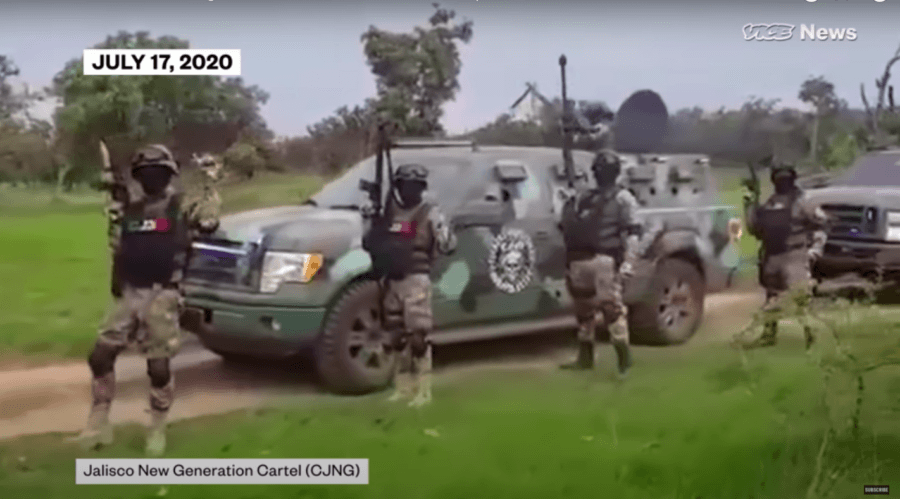 YouTubeNew Generation brashly showed off their tactical gear at a parade.

The cartel has rained terror on Jalisco since its formation in 2010, proving time and time again that it has no qualms about using violence to get its way. In 2020, New Generation was responsible for about a third of all homicides in Mexico. They’ve killed police officers, politicians, and thousands of civilians.

And they’re getting some of their weapons from eBay.

American officials were first tipped off about the Almada brothers’ activity in June 2019, when PayPal flagged several suspicious purchases of weapons. Upon further investigation, authorities found that the PayPal accounts linked to two addresses — one in Jalisco and one in Los Angeles.

Authorities were stunned to find that the PayPal accounts were making eBay purchases better suited for an army than an individual. Alongside parts for guns and rifles, they found purchases of laser sights, additional ammo pouches, muzzle brakes, and surveillance equipment. 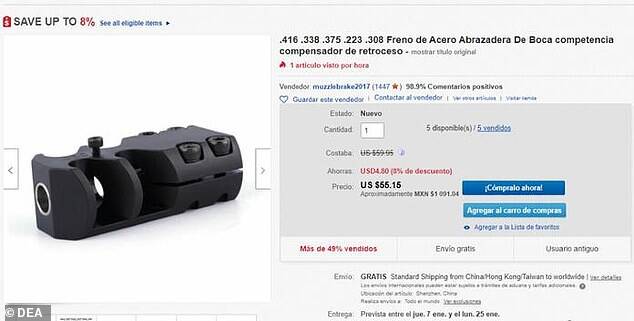 American authorities weren’t the only ones growing suspicious. Julio César Mejía Calix, who ran Calix Packing, had acted as a point of contact for the Almada brothers — but he was getting nervous about the contents of their orders.

“If you can please send me the sword, it is a wall ornament, and it’s not even sharp,” Almada protested. “And let’s see if you can give us a hand to send it and it will be the last time that we send those products.”

Calix refused to send both the sword and several gun holders. Almada complained that gun holders could be bought in “jewelry stores” but didn’t press the issue.

Meanwhile, federal investigators began to get close. They zeroed in on one of the shipping addresses that the brothers used in Guadalajara, the capital city of Jalisco.

On Sept. 28, 2019, authorities raided the Guadalajara address. There, they arrested Carlos Almada — and came across a treasure trove of deadly military weapons. 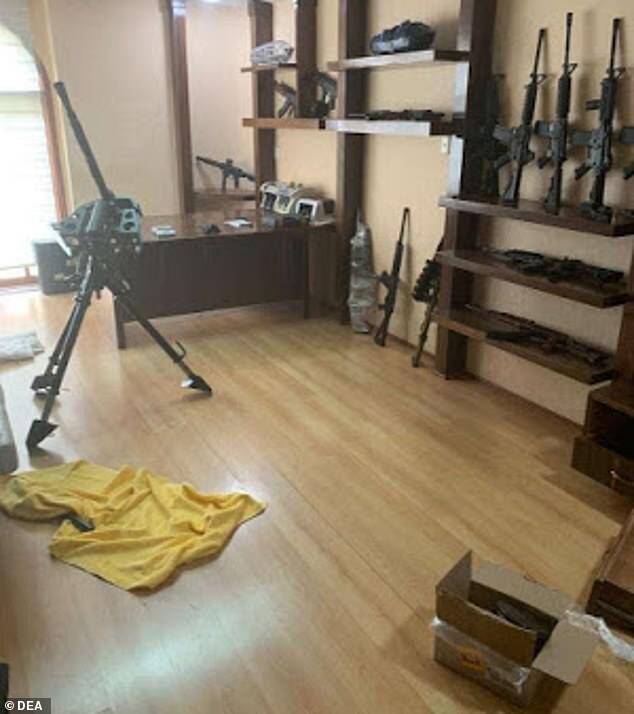 The raid turned up 22 assault rifles, two grenade launchers, and tactical gear — as well as cocaine and meth. Carlos Almada was sent to the infamous Puente Grande jail — best known as the place where Mexican drug lord Joaquín “El Chapo” Guzmán once escaped by sneaking out in a laundry basket.

He later died there — officially, by suicide. However, some think that Carlos Almada may have been murdered by other cartel members fearing American authorities wanted to extradite him, and he would talk.

The Americans had recently extradited a CJNG member named Rubén Oseguera on drug charges. But Oseguera was more than just a member — he was the son of CJNG founder Nemesio Oseguera-Cervantes.

Also called El Mencho, Oseguera_Cervantes is one of the DEA’s most wanted fugitives. After his son’s extradition, potential witnesses like Carlos Almada started to turn up dead. Several others in Puente Grande jail had also died under suspicious circumstances. 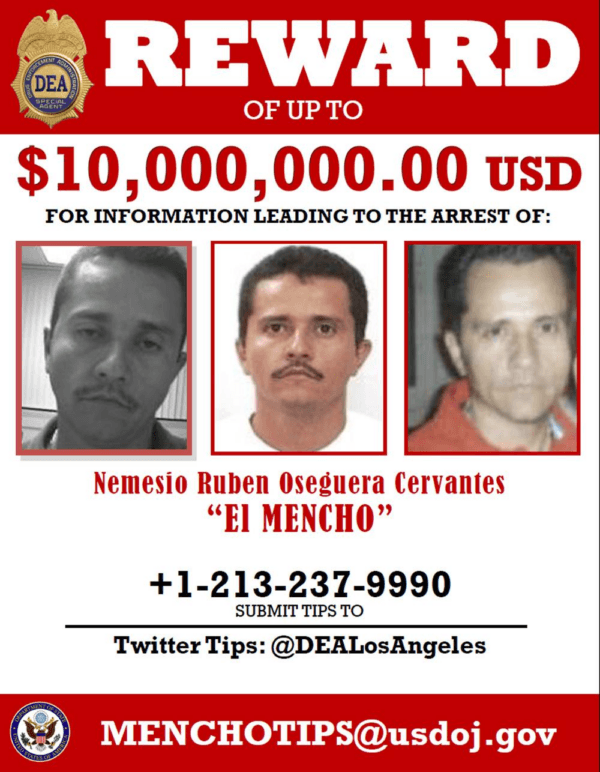 Wikimedia CommonsNemesio Oseguera, the founder of the New Generation cartel.

Ismael Almada, fearing he’d be next, turned himself in. Placing most of the blame at his brother’s feet, he told investigators how Carlos had obtained the weapons and gear from eBay, which he then resold to the New Generation cartel in Jalisco.

Almada’s cooperation with investigators may shed some light on the inner workings of the New Generation cartel. But it seems that CJNG is still powerful — and growing more so. They’re the primary drug trafficking operation in 24 out of Mexico’s 32 states. And their reign of violence is enough to terrify local populations into compliance.

“We are seeing the threat to institutions, a reality already visible in some states and now reflected in Mexico City,” said Enrique Alfaro Ramírez, the governor of Jalisco, following a CJNG attack in Mexico City.

But as the cartel grows, it’s likely they’ll buy their weapons elsewhere than eBay.

After reading about how this Mexican cartel bought weapons on eBay, see why Gustavo Gaviria might have been the mastermind behind Pablo Escobar’s cartel. Or, learn how one eBay buyer discovered $2.4 million dollars worth of gold in his purchase.