Elizabeth Jennings Graham was told to get off the trolley and wait for one with "her people" on it. She said she didn't have people and refused to get off. 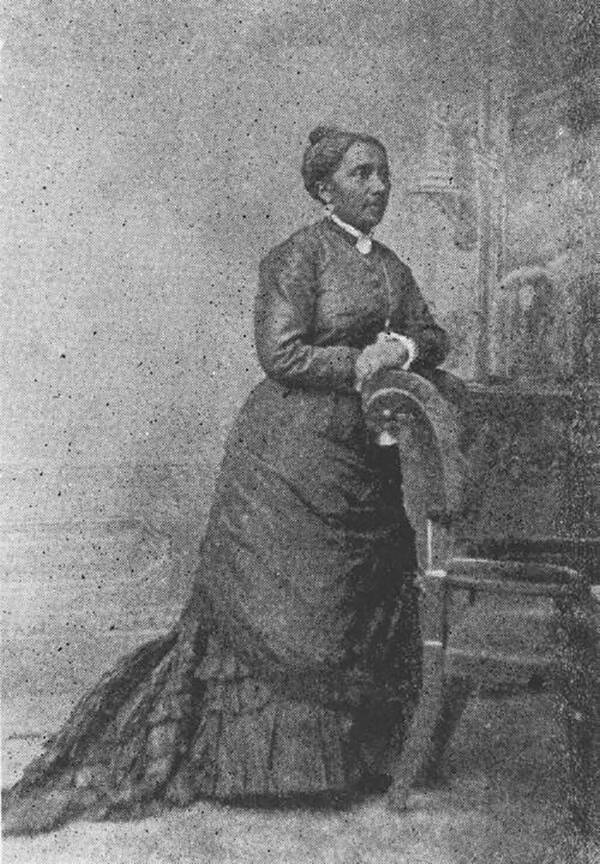 Kansas State Historical SocietyThe only known photo of Elizabeth Jennings Graham, published in an American Woman’s Journal article from 1895. Graham was born to a free-born father who worked as an activist and patent holder, while her speechwriting mother was born into slavery.

Every American knows the tale of Rosa Parks refusing to move to the back of a Montgomery, Alabama bus in 1955. Her heroic act of defiance helped launch the modern civil rights movement and remains deservedly revered to this day — but few have heard about Elizabeth Jennings Graham. A young black woman in New York City in the 1850s, Graham’s own defiance helped desegregate New York City public transportation more than a century before the Montgomery Bus Boycott.

If you wanted to get around New York City in the 1850s, horse-drawn carriages were a routine manner of travel. For the more common folk, riding an omnibus drawn by horses was just as good an alternative. As for the burgeoning streetcar option, this was still an entirely segregated affair.

According to City Lab, Jennings was on her way to church when she hopped on a whites-only streetcar in Manhattan. When she defied the conductor’s order to get off the streetcar, they forcibly removed her. Enraged, the brave young woman took her case against segregated New York City streetcars to court — and won.

The Early Life And Higher Learning Of Elizabeth Jennings Graham

It’s no wonder she eventually became a schoolteacher. John H. Hewitt, one of the foremost authorities on African-American life in 19th century New York City, notes in “The Search for Elizabeth Jennings, Heroine of a Sunday Afternoon in New York City”, mentions of Jennings’ bravery in the 1800s were slight — either referring to her as a “plucky Negro woman” or not mentioning her at all.

The truth is that she grew up a cultured, middle-class woman during a time when African-Americans were barely seen as second-class citizens.

Her father was a merchant tailor, member of the National Colored Convention Movement, and activist who helped found the Legal Rights Association of New York. According to Black Past, he was also the first black American to receive a patent, for an early iteration of dry-cleaning called dry-scouring.

An NYC Media segment on Elizabeth Jennings and her historical impact.

Her brother William was a businessman in Boston, while her sister Matilda was a San Francisco dressmaker. For Elizabeth, nothing was more important than education. Employed in the “male department” of a New York elementary school by 1854, she also played the organ at church.

It was during a highly-relatable race against time — when she and her friend Sarah E. Adams were running late for a Sunday service at the First Colored American Congregational Church on 6th Street — that she made history.

It was Sunday, July 16, 1854, when Jennings and Adams caught the horse-drawn trolley car on the corner of Pearl and Chatham Streets. Unfortunately, that car didn’t have the words “Colored People Allowed in this Car” adorning its side.

“I held up my hand to the driver and he stopped the car,” Jennings recalled. “We got on the platform, when the conductor told us to wait for the next car…he then told me that the other car had my people in it. I then told him I had no people…I wished to go to church…and I did not wish to be detained.”

“The conductor undertook to get her off, first alleging the car was full; when that was shown to be false, he pretended the other passengers were displeased at her presence; but [when] she insisted on her rights, he took hold of her by force to expel her. She resisted. The conductor got her down on the platform, jammed her bonnet, soiled her dress and injured her person. Quite a crowd gathered, but she effectually resisted. Finally, after the car had gone on further, with the aid of a policeman they succeeded in removing her.” — New York Tribune, February 1855.

“I screamed murder with all my voice, and my companion screamed out, ‘You’ll kill her. Don’t kill her,'” Jennings recalled. “The driver then let go of me and went to his horses.”

Jennings’ father first filed a lawsuit against the driver, the conductor, and the Third Avenue Railroad Company in Brooklyn on behalf of his underage daughter. 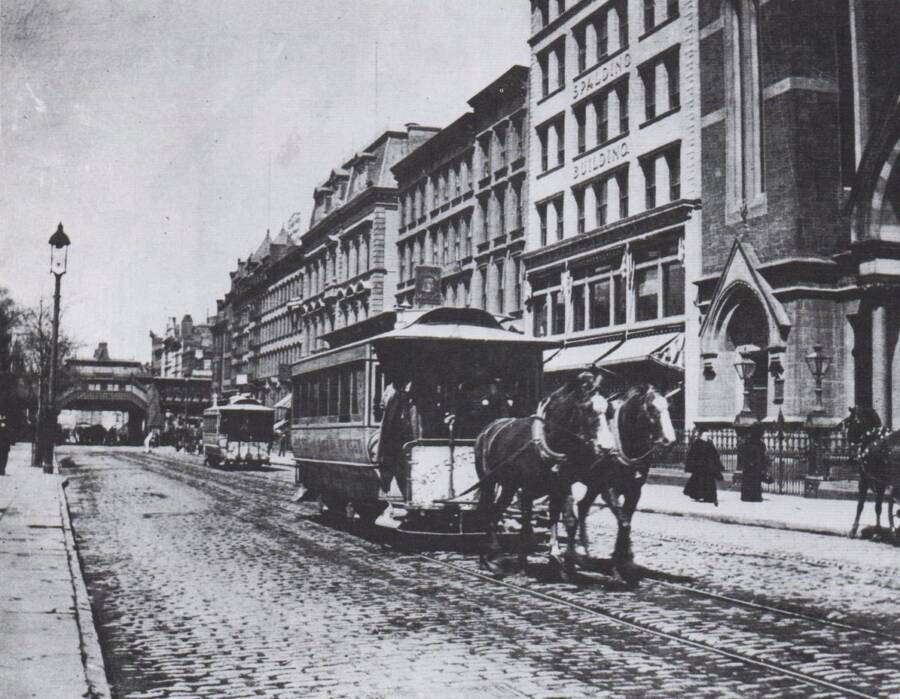 Historical Society of the New York City courtIt was a horse-drawn trolley car like this one that Jennings was forcibly ejected from in 1855. The Civil Rights Act of 1873 finally ended open discrimination on public transportation in the city.

The incident sparked an organized movement of black New York activists fighting to end racial segregation in streetcars. The mission garnered such traction that Frederick Douglass even publicized it in his newspaper.

Remarkably, her cause was taken on by 24-year-old Chester A. Arthur, then a junior partner at Culver, Parker, and Arthur but who would go on to become the 21st President of the United States 26 years later. Though he would end up winning Jennings’ case — she was awarded $225 in damages, which would be a little less than 7,000 of today’s dollars — a more permanent change took time.

From One Woman To Class Action: The Legacy Of Elizabeth Jennings Graham

Hewitt wrote that “what may have started as one woman’s individual protest had really become class action.”

Once Elizabeth Jennings Graham succeeded in her court battle, the New York State Supreme Court ruled that African-Americans could no longer be excluded as long as they were “sober, well behaved, and free from disease” (even when ruling in favor of civil rights, the courts of the time were still flagrantly racist).

Unfortunately, a black reverend was kicked out of a Sixth Avenue horsecar only weeks after Graham’s case. Peter Porter was kicked off an Eighth Avenue trolley in 1856. As for Graham, she continued her career as a teacher until the 1860s. 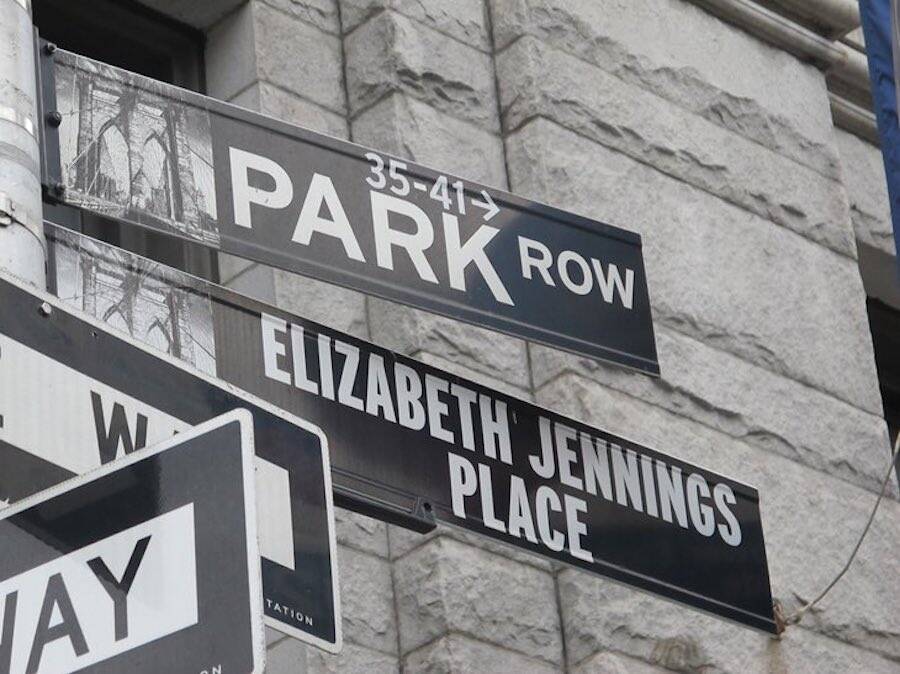 TwitterThe sign was erected on the corner of Spruce Street and Park Row in 2007.

Graham lived long enough to see the New York State legislature pass the Civil Rights Act of 1873, which ended open discrimination on public transportation in the city. In 1895, Graham established the first kindergarten for African-American children in New York in her own home on West 41st Street before dying in 1901.

History remembers her well — with a street sign erected in 2007 at Spruce Street and Park Row so that this spot of Manhattan remains known as “Elizabeth Jennings Place” to this day.

After learning about Elizabeth Jennings Graham and her fight against segregated New York City streetcars, travel back in time to when the New York City subway was the most dangerous place on Earth. Then, check out 26 incredible photos of New York City before it became New York City.