The Story Of Elsa Einstein’s Cruel, Incestuous Marriage To Albert

Elsa Einstein was Albert Einstein's wife. She was also his first cousin. And he cheated on her — a lot.

You don’t have to be Einstein to make a marriage work. In fact, you probably shouldn’t be.

Elsa Einstein is often thought of as her husband’s trusted companion, a woman who knew how to handle the brilliant physicist. Albert Einstein’s wife nursed him back to health in 1917 when he fell seriously ill and accompanied him on trips once he gained global celebrity status.

But the history and true nature of Elsa and Albert Einstein’s marriage paints a much darker picture than what the surface level suggests. 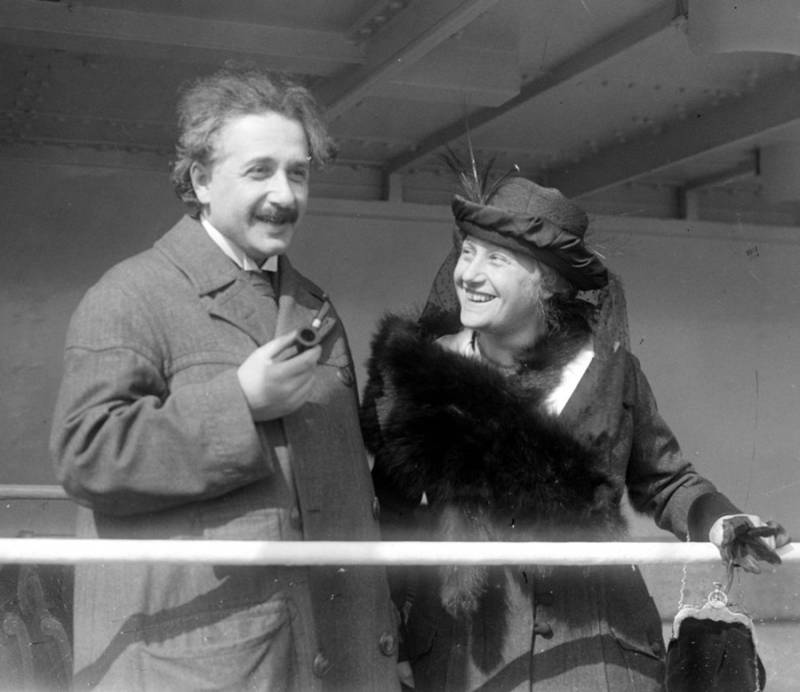 Albert Einstein had a marriage before Elsa as well. His first wife, Mileva Maria, was a Serbian mathematician and the two were married in 1903. Though Einstein was initially charmed and impressed by Maria, an archive of nearly 1,400 letters written by Einstein gave evidence that he became detached and even cruel to his first wife. 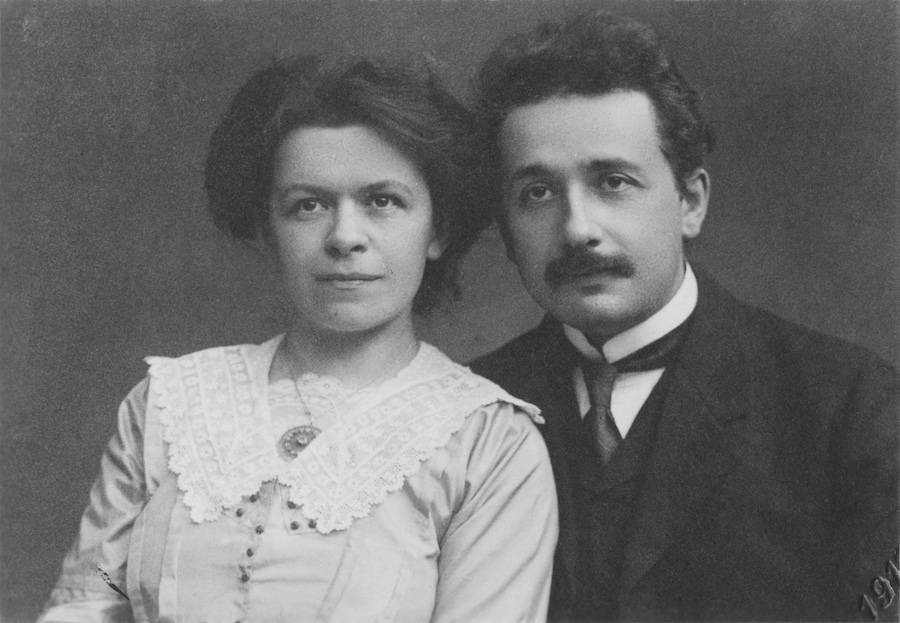 Wikimedia CommonsAlbert Einstein with his first wife, Mileva Maric, in 1912.

The letters were donated by Elsa Einstein’s daughter Margot in the early 1980s. Margot died in 1986 and had specified when she donated the letters that they weren’t to be released until 20 years after her death.

Intermixed with excited letters about his scientific discoveries, like in 1915 when he wrote to his son, “I have just completed the most splendid work of my life,” (likely the final calculation that proved his general theory of relativity), were letters that showed a darker person.

In one letter to his first wife, he gives her a meticulous list of what she should do for him and how their marriage should operate:

“A. You will see to it (1) that my clothes and linen are kept in order, (2) that I am served three regular meals a day in my room. B. You will renounce all personal relations with me, except when these are required to keep up social appearances.” In addition, he wrote “You will expect no affection from me” and “You must leave my bedroom or study at once without protesting when I ask you to.”

Meanwhile, Albert started getting close to Elsa around 1912, while he was still married to Maria. Though the two had grown up spending time with each other (as cousins typically do), it was only around this time that they developed a romantic correspondence with one another.

While he was sick, Elsa proved her devotion to Albert by taking care of him and in 1919, he divorced Maria. 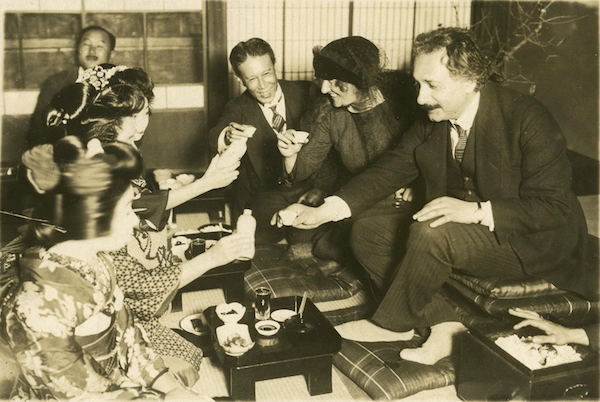 Wikimedia Commons Elsa and Albert Einstein on a trip to Japan in 1922.

Albert wed Elsa on June 2, 1919, shortly after his divorce was finalized. But a letter showed that he wasn’t in such a rush to do so. “The attempts to force me into marriage come from my cousin’s parents and is mainly attributable to vanity, though moral prejudice, which is still very much alive in the old generation,” he wrote.

Just like with his first wife, Albert’s enchantment with Elsa turned to detachment. He had affairs with a number of young women.

Once during their marriage, Elsa discovered that Albert had had a brief affair with Ethel Michanowski, one of her friends. Albert wrote to Elsa in regards to the affairs simply stating, “one should do what one enjoys, and won’t harm anyone else.”

Elsa’s children from her first marriage allegedly viewed Albert as a “father figure,” but he also developed an infatuation with her eldest daughter, Ilse. In one of the most startling revelations, Albert had considered breaking off his engagement to Elsa and proposing to 20-year-old Ilse instead.

By the early 1930s, antisemitism was on the rise and Albert had become the target of various right-wing groups. The two factors contributed to Albert and Elsa Einsteins’s decision to move from Germany to the United States in 1933, where they settled in Princeton, New Jersey.

Not long after their move, Elsa received the news that Ilse had developed cancer. Ilse was living in Paris at the time and Elsa traveled to France to spend time with Ilse during her final days.

Upon returning back to the U.S. in 1935, Elsa was plagued with health issues of her own. She developed heart and liver problems which got continually worse. During this time, Albert retreated further into his work.

Walter Isaacson, the author of Einstein: His Life and Universe, addressed the duality of the physicist. “When confronted with the emotional needs of others, Einstein tended to retreat into the objectivity of his science,” Isaacson said. 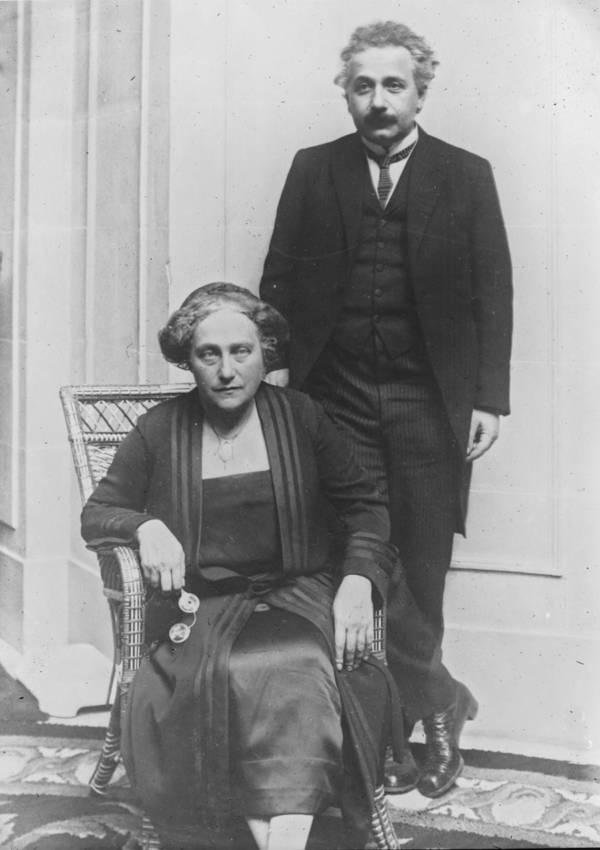 Wikimedia CommonsElsa and Albert Einstein in 1923.

While Elsa Einstein spent much of her marriage to Albert as an organizer and gatekeeper for him, Albert Einstein’s mathematical brain seemed unequipped when it came to dealing with the intricacies of deep, emotional relationships.

Elsa Einstein died on December 20, 1936, in her and Albert’s Princeton home. It’s reported that Albert was genuinely heartbroken over the loss of his wife. His friend Peter Bucky commented that it was the first time he saw Albert cry.

Though Elsa and Albert Einstein did not have the perfect marriage, the physicist’s potential inability to function as an emotionally inept person and his realization of this is probably best exemplified in a letter he wrote to the son of his friend Michele Besso after Michele’s death. Albert said, “What I admire in your father is that, for his whole life, he stayed with only one woman. That is a project in which I grossly failed, twice.”