George And Willie Muse — “The Men From Mars” 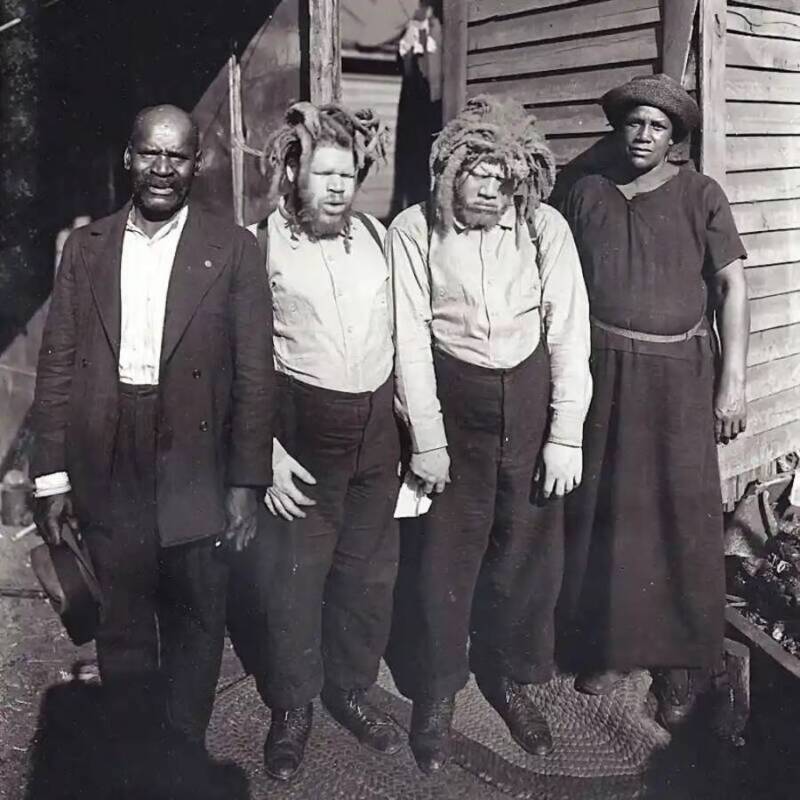 PRGeorge and Willie Muse stand with their parents after being rescued from the circus.

Born Black and albino in the Jim Crow South, brothers George and Willie Muse were kidnapped from their sharecropping community in 1899.

At the time they were abducted from their home in Roanoke, Virginia, George was just six and Willie was just nine. And they were about to be forced into the circus by a “freak hunter” named James Herman “Candy” Shelton.

Pushed to grow out their hair into dreadlocks and emphasize their features, George and Willie were ordered to perform in freak shows as “The Men From Mars” — and plenty of other humiliating nicknames.

Though they were popular performers, the brothers were only given the bare necessities in return. And they weren’t allowed to keep their wages — as their white managers made untold sums off of their humiliation.

Even worse, George and Willie Muse were told that their mother was dead — even though she was still alive — to discourage them from thinking about their family members or trying to escape from the circus.

But in the meantime, their mother Harriett Muse was working tirelessly to release them. She faced an uphill battle to do so, especially considering the severely racist atmosphere of the time and also the fact that many authorities didn’t take her complaints about the circus seriously.

Incredibly, she was able to free them — by attending a performance herself in 1927. The brothers, who by that point were in their mid-30s, immediately recognized their mother in the crowd. Before long, they were reunited and finally allowed to go back home with their family once again.

Eventually, they signed a new contract with better terms (though their wages were sometimes still stolen) and were able to send money back to their family. The brothers retired in the mid-1950s and spent their later years telling stories about their harrowing experiences. In 1972, George Muse died of heart failure. And Willie would survive until 2001 when he died at age 108.