The Führerbunker was Adolf Hitler's last hiding spot, a lavish, expansive complex sprawling beneath the grounds of the Reich Chancellery. 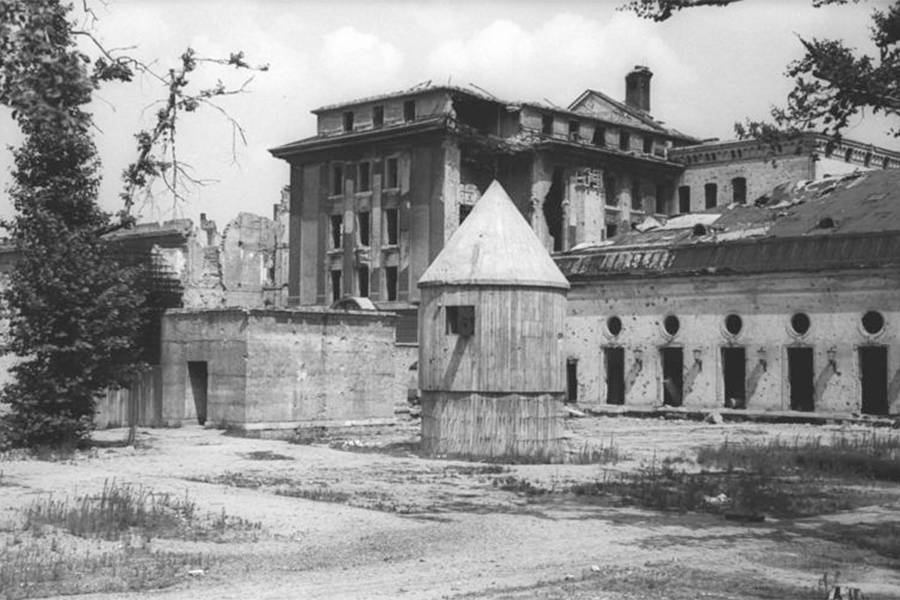 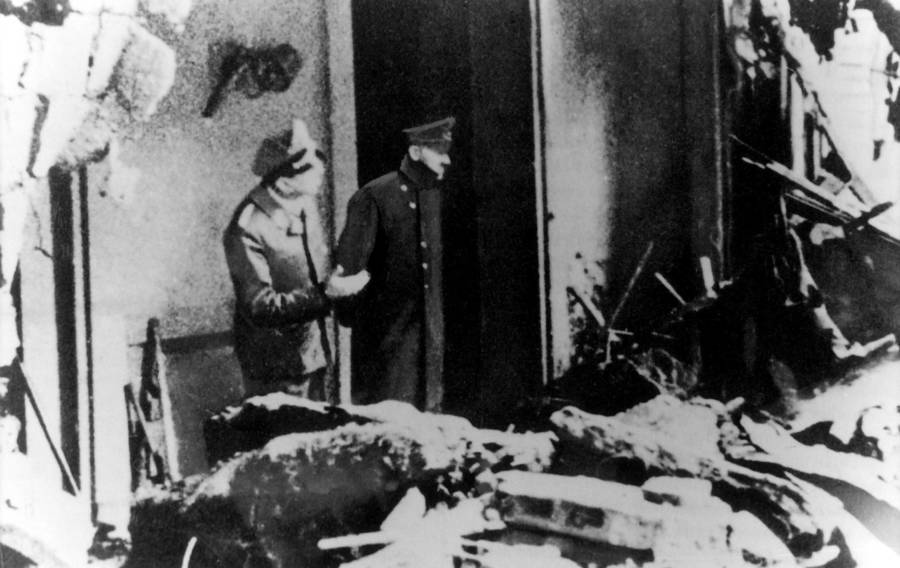 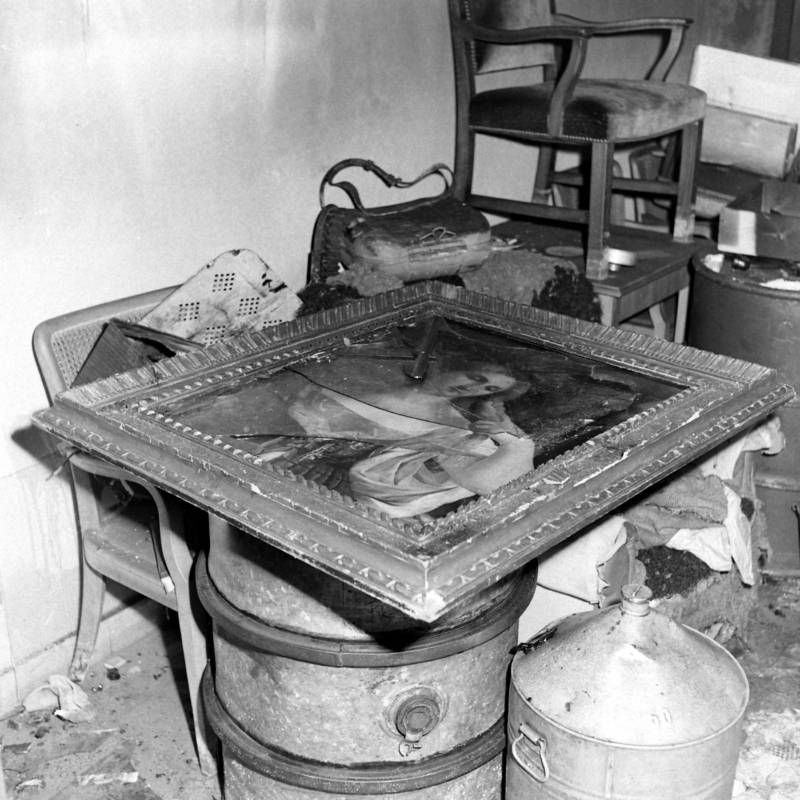 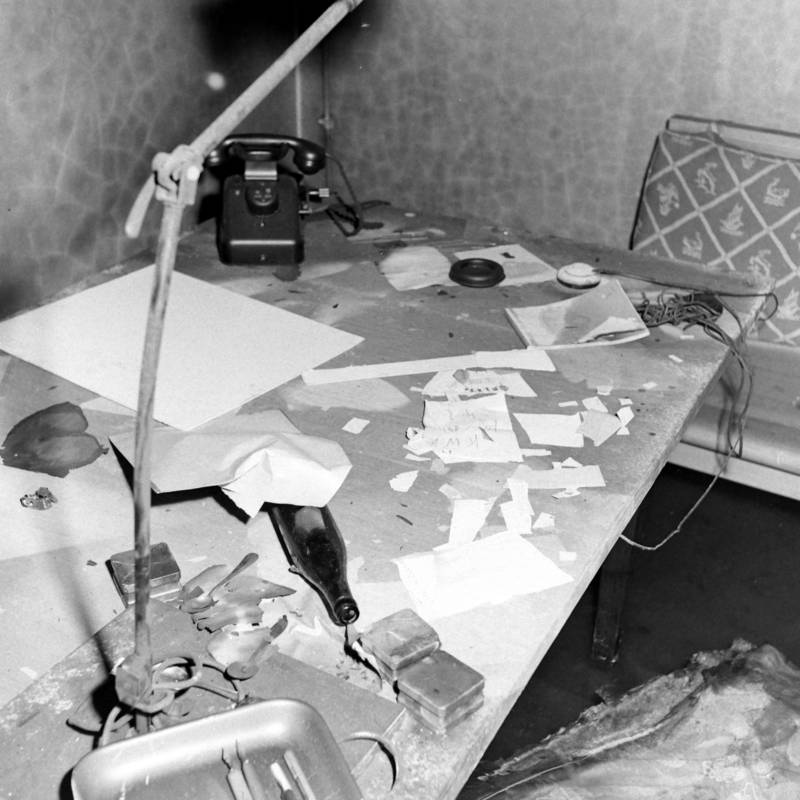 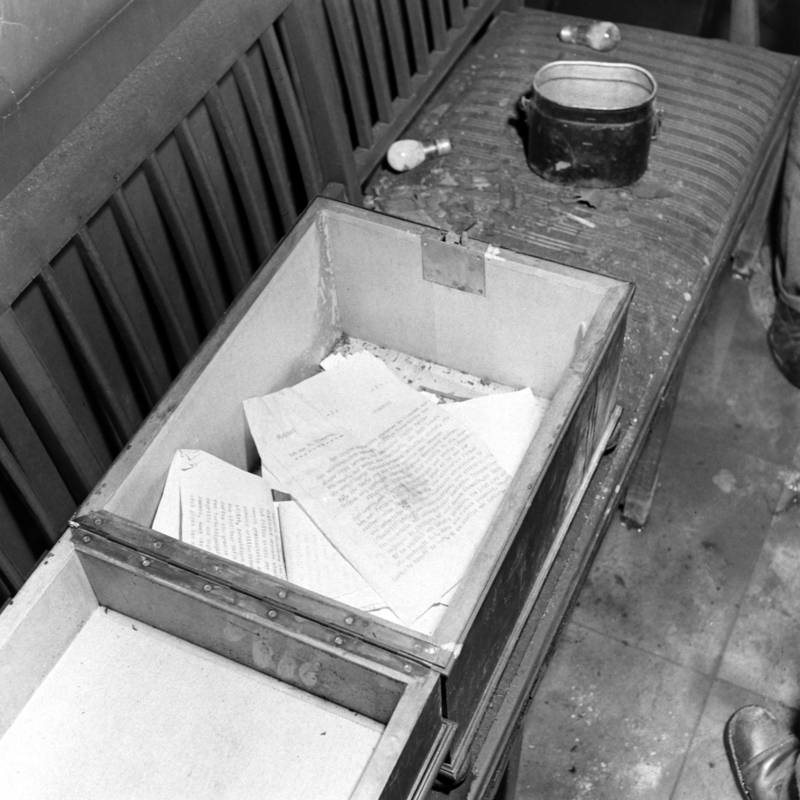 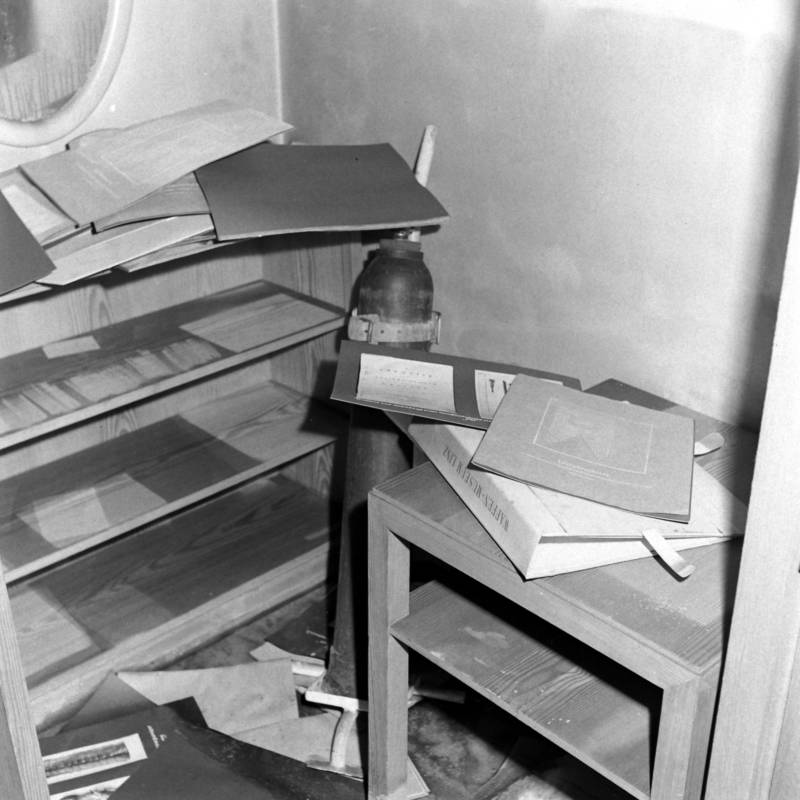 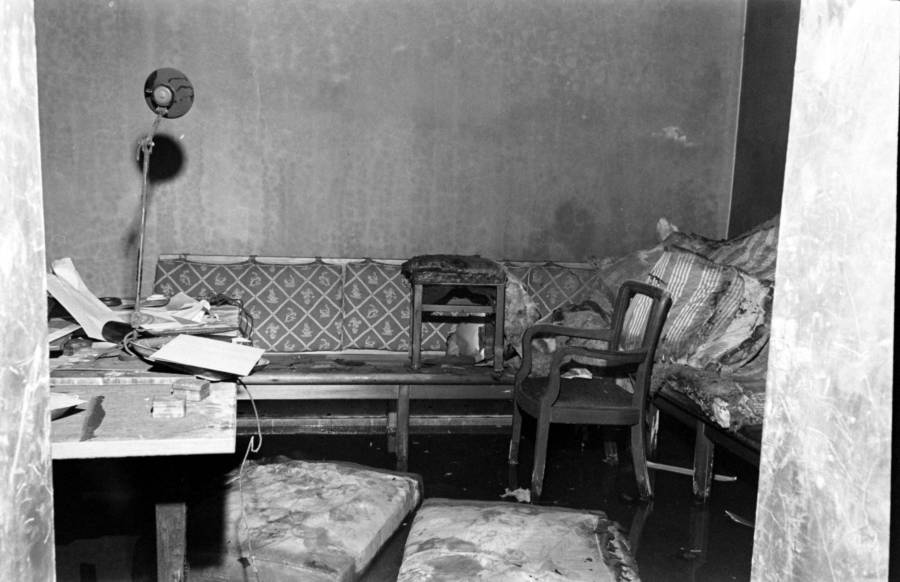 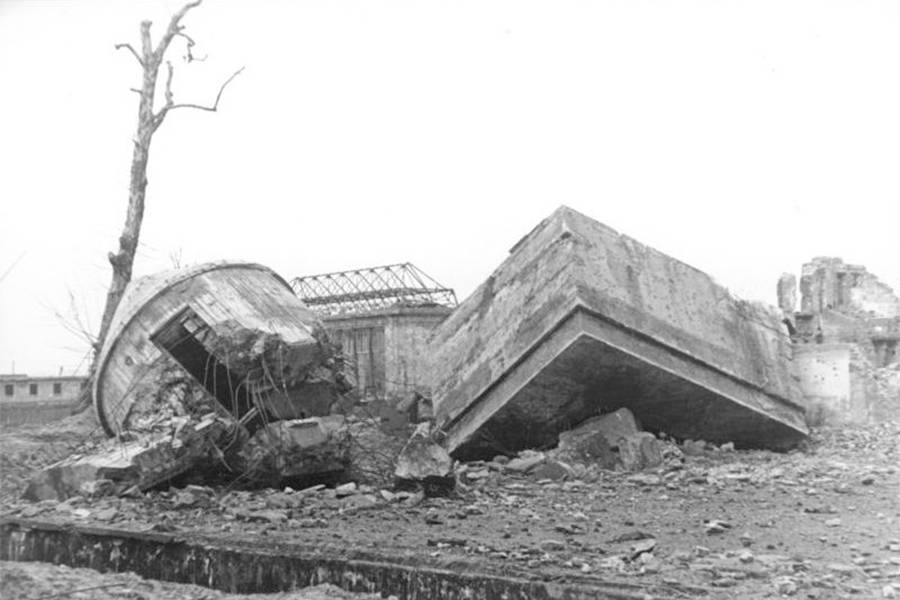 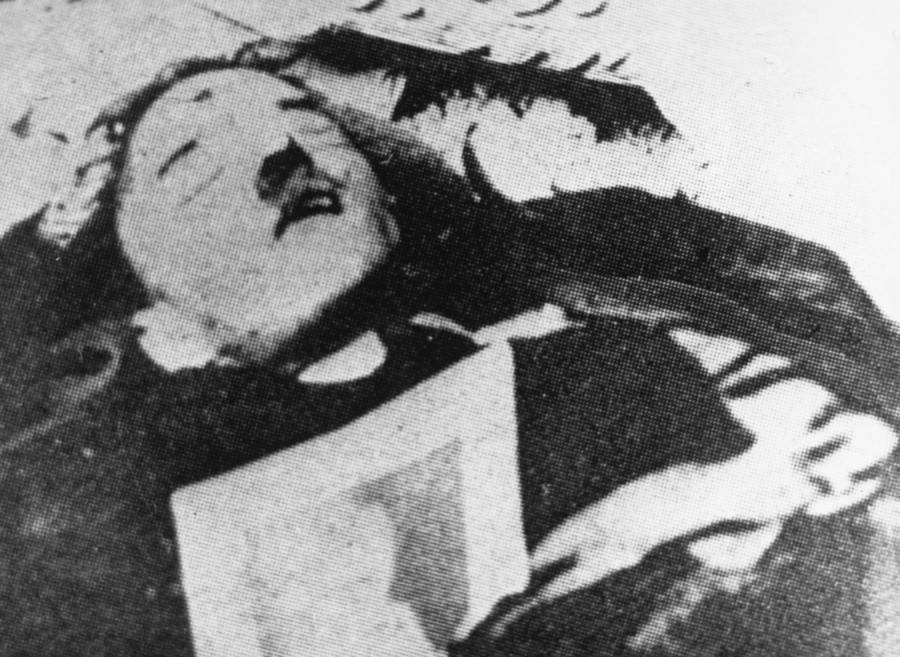 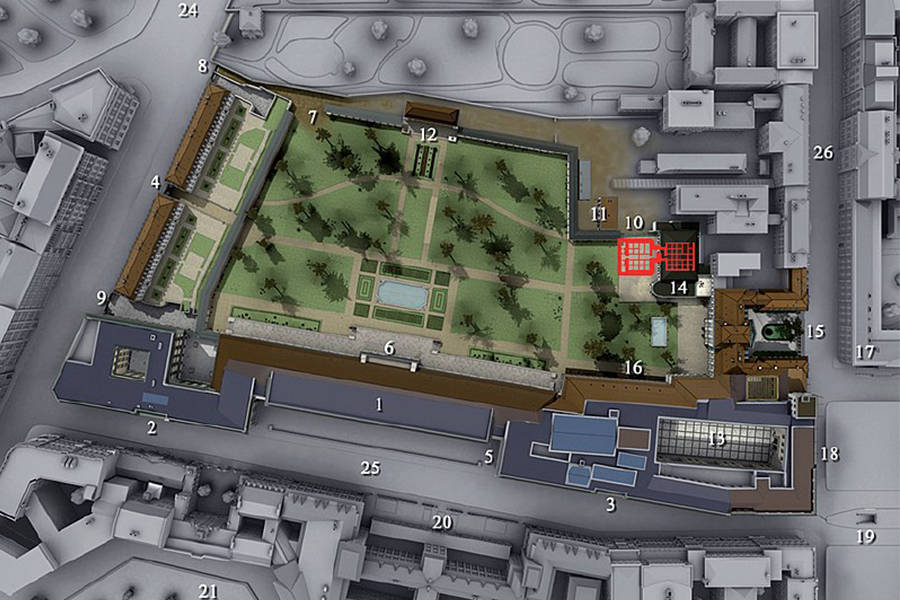 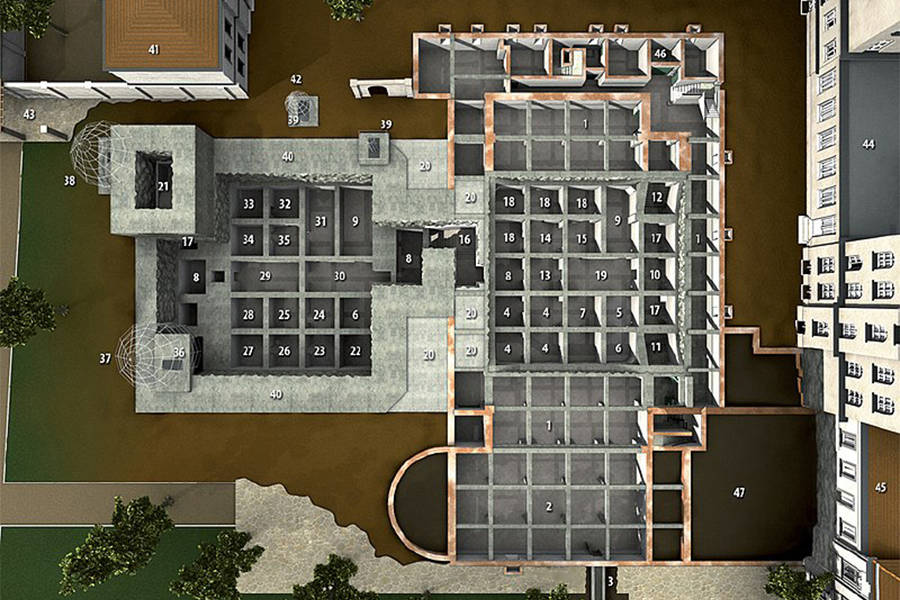 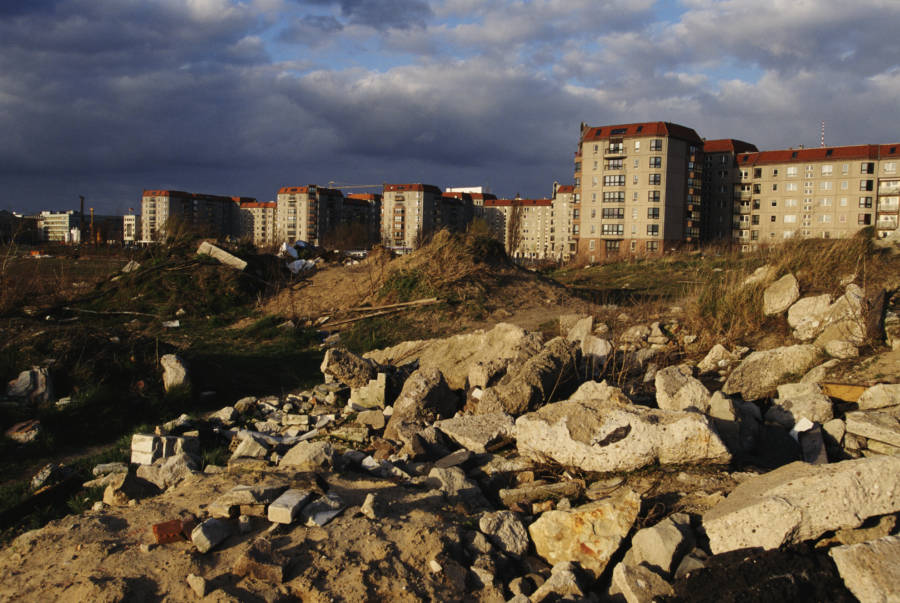 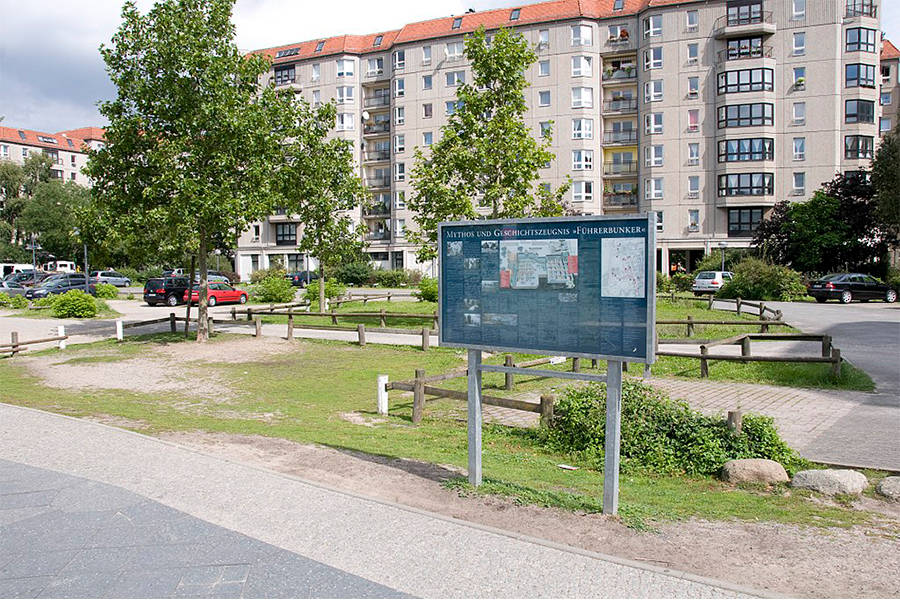 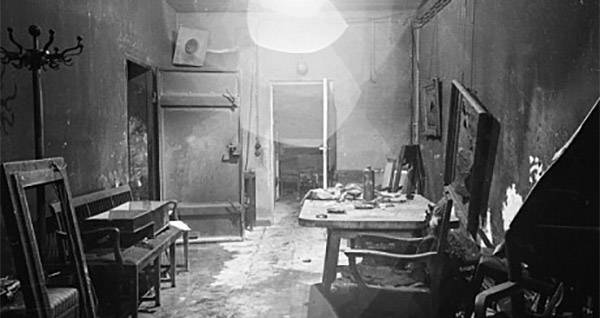 On January 16, 1945, Adolf Hitler took up residence at the Führerbunker, making it his final headquarters, and bringing the Nazi regime's command center to the cold, underground structure.

For four months he would hide out there, giving orders and taking meetings in the highly reinforced, entirely self-contained complex. The Fuhrerbunker was decorated with high-quality furniture and framed artwork, and equipped with an expansive food storage space.

On April 29, 1945, Hitler's bunker became the site of his marriage, to girlfriend Eva Braun. One day later, it became the site of their tandem suicide and the site of an enduring mystery surrounding the whereabouts of the Fuhrer's body. Most agree with the Nazi's official party line, that he and Eva Braun were cremated in a shell hole outside the bunker, though the lack of evidence adds to the enduring mystery and ever-present conspiracy theories.

The Fuhrerbunker was initially constructed as an air-raid shelter, for Hitler to use during his stays in Berlin at the Reich Chancellery. Hitler never actually spent much time in the German capital during the war, but the bunker would prove to be useful in the war's last few months.

While the entire complex is referred to as the Fuhrerbunker, there were actually two separate shelters in the space.

The first section was known as the Vorbunker and was the smaller, shallower area located directly beneath the cellar of the Reich Chancellery. The Vorbunker was easier to access, and relied more heavily on the reinforcement of the Chancellery, than its own construction for protection. During Hitler's stay in the Führerbunker, the Goebbels family moved in as well and made the Vorbunker their home.

The Führerbunker was the larger, nicer space behind the Vorbunker. Only accessible through the Vorbunker, the Fuhrerbunker was deeper underground and spread out to extend below the garden of the Chancellery. It was also much more heavily reinforced, and able to be sealed off from the Vorbunker, making it difficult to access.

The Führerbunker, despite being underground and constantly damp, was decorated lavishly. Expensive furniture and famous artwork, including a large portrait of Frederick the Great, filled the bunker. There were two bedrooms, one for Hitler and one for Eva Braun, a conference room, and a waiting room. The kitchen and dining room areas of the complex were located in the Vorbunker.

Upon Hitler and Braun's suicides, his aides claimed to have burned the couple's remains outside the bunker. No evidence exists to support this story, apart from one photo that is claimed to be of Hitler after his death. However, it is the most widely accepted story.

Today, all that exists of the Fuhrerbunker is a few rooms, invisible aboveground and sealed off from the public. The Reich Chancellery and the above-ground portions of the bunker (a smokestack, a guardhouse, and a single exit) were demolished in 1947 and never rebuilt.

To an unassuming passerby, the area is a parking lot, with a few patches of sparse grass. In 2006, a sign was erected detailing the structure that once stood there, and the horrors that ensued within the Fuhrerbunker.

After seeing Adolf Hitler's bunker, the Führerbunker, read about the conspiracy theory that suggests Hitler didn't die in the Fuhrerbunker, but instead fled to Argentina with Eva Braun. Then, check out these photos of the Hitler Youth.