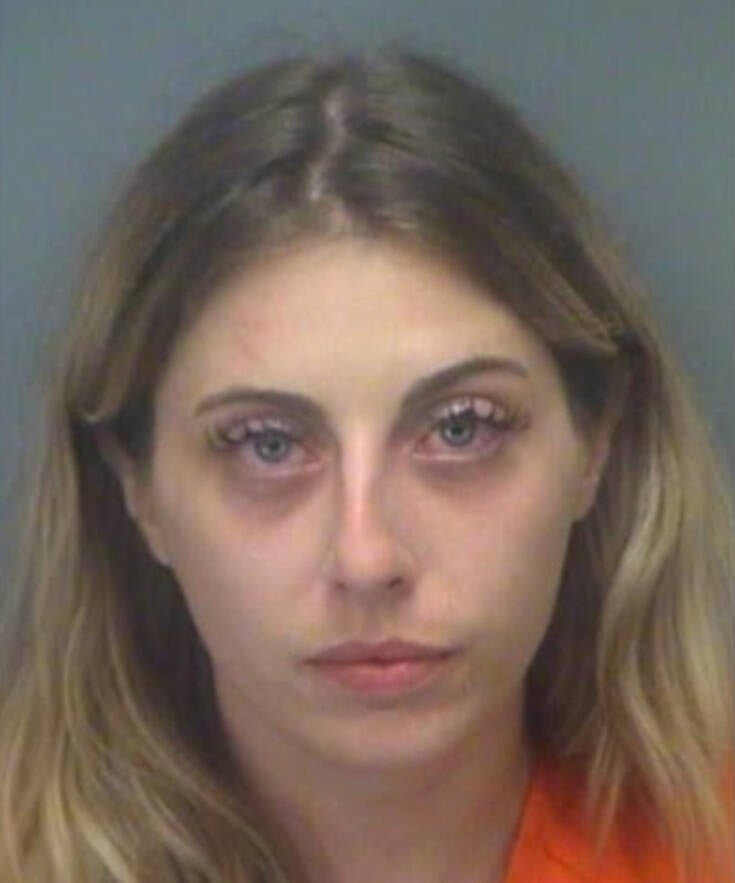 Pinellas Sheriff’s OfficeJessica Elisabeth Smith did not give an explanation for her behavior.

For the Pinellas County Sheriff’s Office in Dunedin, Florida, the events of Sept. 5, 2021, weren’t funny news in the slightest. Responding to an emergency call involving three suspicious teenagers, officers arrived at the intersection of Fairway Drive and Harrison Drive only for one of the suspects to brandish a gun and flee.

Police released a K9 unit to track him as he climbed onto a home and began firing his gun at passersby. Identified as 18-year-old Myles Abbott, he spurred a six-hour standoff involving a SWAT Team. Things truly turned surreal when he accidentally shot himself in the leg, and a drunk, nude woman appeared.

Identified as 28-year-old Jessica Elisabeth Smith of Boston, Massachusetts, the uninvited newcomer barreled through the crime scene in a golf cart. She paid no mind to the police cars serving as a makeshift barricade to keep civilians at bay and ignored orders to leave while drunkenly careening around the scene.

“[Her] actions and inability to follow directions put multiple deputies at risk for potentially getting shot at,” the affidavit read. “The defendant had a distinct odor of an alcoholic beverage coming from her person, and she was completely nude.”

In the end, the standoff concluded with Abbott receiving medical care for his self-inflicted gunshot wound before being charged with loitering and prowling, aggravated assault of a law enforcement officer, felony possession of a firearm, carrying a concealed weapon, resisting an officer, and grand theft of a firearm.

As for Smith, she was charged with resisting an officer without violence. 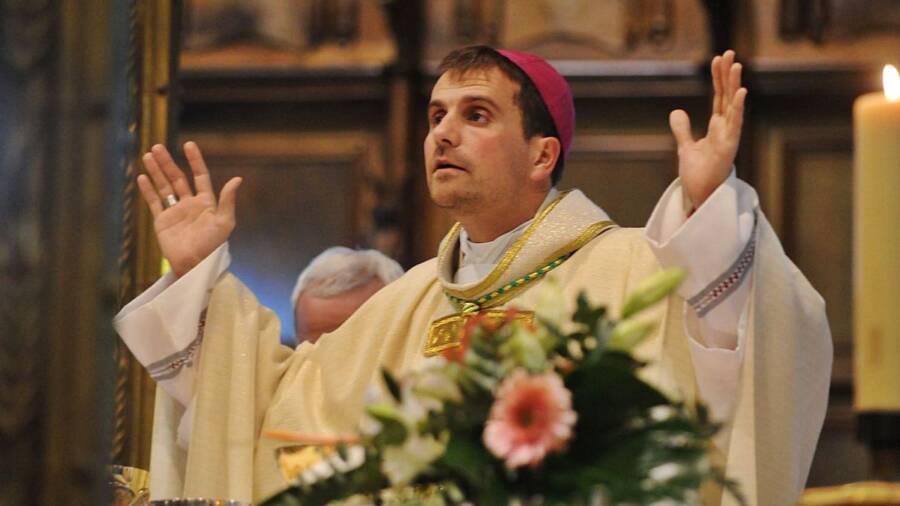 Diocese of SolsonaBefore he resigned from his post, Bishop Xavier Novell supported conversion therapy and claimed he had cured his homosexuality.

When Xavier Novell became a Catholic bishop in 2010, the 41-year-old clergyman was the youngest bishop in all of Spain. Devout citizens found him an ideal representative of their faith for a modern era — leaving them all the more stunned when he announced his resignation in August 2021 after falling in love with a writer or Satanic erotica.

Novell claimed to have had nothing but pure intentions when he contacted Silvia Caballol. Her novels are filled with research into the occult and demonology, and Novell was hoping to be a more efficient exorcist. Rather than learn more about the subject, however, he fell in love with Caballol and abandoned his post.

“I have fallen in love and want to do things properly,” he said.

Novell divulged the matter to Vatican officials and discussed it with the Pope himself before going public. He was ultimately supported in his decision of a new life with the 38-year-old divorcée and author. Perhaps most curious of all is that this incident was more controversial than Novell’s beliefs.

He had not only been a staunch supporter of gay conversion therapy, but admitted having undergone the practice himself. One of his colleagues called Novell “out of his mind” and said that he does “not have good mental health or emotional balance.”

Ultimately, Xavier Novell has made his own bed and currently seems to enjoy lying in it. A newfound agronomist in Barcelona, he has made perhaps the most unorthodox pivot of any clergyman in recent history — from a servant of God to the lover of the divorced author of The Hell of Gabriel’s Lust. 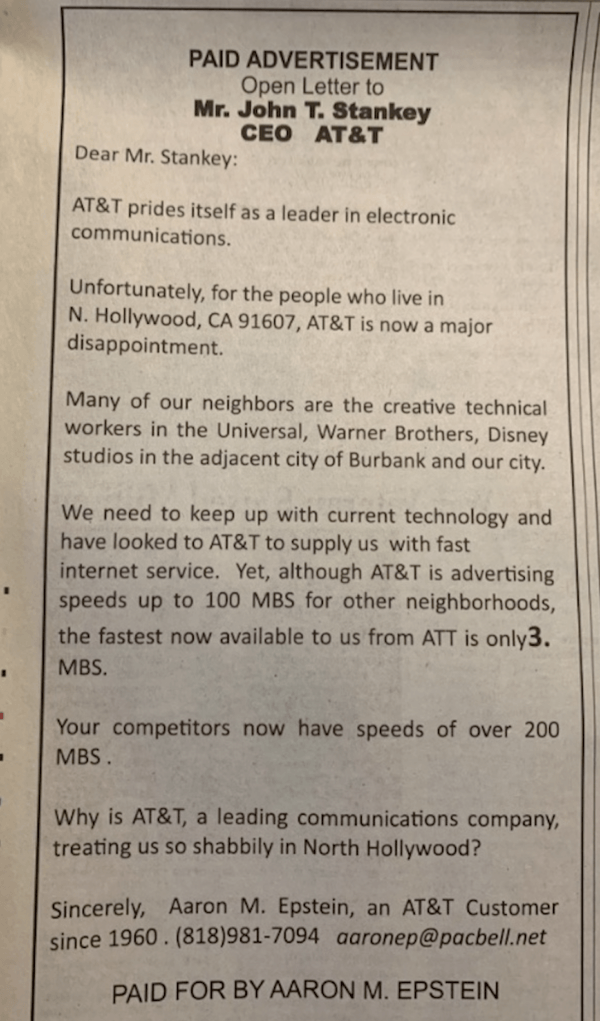 Zachary Crockett/TwitterThe irate 90-year-old’s letter was printed in the Manhattan and Dallas print editions of The Wall Street Journal.

After decades as an unwavering AT&T customer, 90-year-old Aaron Epstein had enough. Millions of people around him enjoyed high-speed internet, but Epstein’s neighborhood of North Hollywood, California, however, was still stuck with AT&T’s sluggish service. So he took a drastic measure.

While the move might appear desperate, Epstein had been relying on AT&T’s antiquated DSL speeds for years. In fact, his internet was so slow that he and his wife couldn’t even watch movies as streaming services would get stuck endlessly loading.

“Dear Mr. Stankey,” the letter began. “AT&T prides itself as a leader in electronic communications. Unfortunately, for the people who live in N. Hollywood, CA 91607, AT&T is now a major disappointment. Many of our neighbors are the creative technical workers in the Universal, Warner Brothers, Disney studios.”

“We need to keep up with current technology and have looked to AT&T to supply us with fast internet service. Yet, although AT&T is advertising speeds up to 100 Mbps for other neighborhoods, the fastest now available to us from AT&T is only 3Mbps. Your competitors now have speeds of over 200 Mbps.”

Perhaps most remarkably, the public shaming of AT&T worked. The day after Epstein’s ad ran, he said two technicians showed up at his door to install fiber optic lines behind his house.