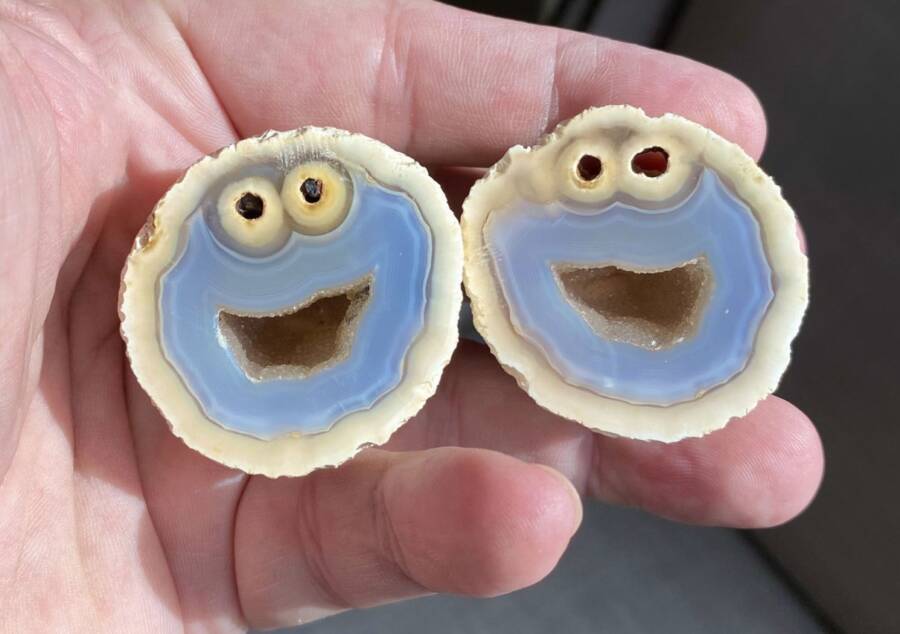 Kennedy News & MediaGeologist Mike Bowers said the stone was “probably the most perfect Cookie Monster out there.”

We’ve all seen examples of life imitating art, but none are quite as stark as a volcanic crystal resembling Sesame Street‘s Cookie Monster. Remarkably, that’s exactly what geologist Lucas Fassari dug from the cavities of Brazil’s Rio Grande do Sul region in November 2020.

With a blue-hued center and three openings defining the eyes and a mouth, the stone was a dead ringer for the sugar-craving puppet. While it’s unclear how the quartz-laden rock fell into Mike Bowers’ hands, the U.S. geologist received five offers for $10,000 from potential buyers.

He posted a Facebook video showcasing the Cookie Monster rock on Jan. 16, 2021, which garnered more than half a million views within days. However, the 55-year-old was hesitant to part with it since it is so unique.

“This is very unusual,” said Bowers. “There are a few famous agates out there: the owl; the scared face. But it is rare to find one so well defined like this.”

As Penn State geosciences professor Peter Heaney explained, agates are born of volcanic rock that burst onto the surface and harden while the water and carbon dioxide within trickles out. After mineral-laden water seeps inside, those minerals crystallize and harden — while the water dissipates.

Ultimately, the Cookie Monster stone is a heartening and hilarious reminder of just how strange this world truly is. 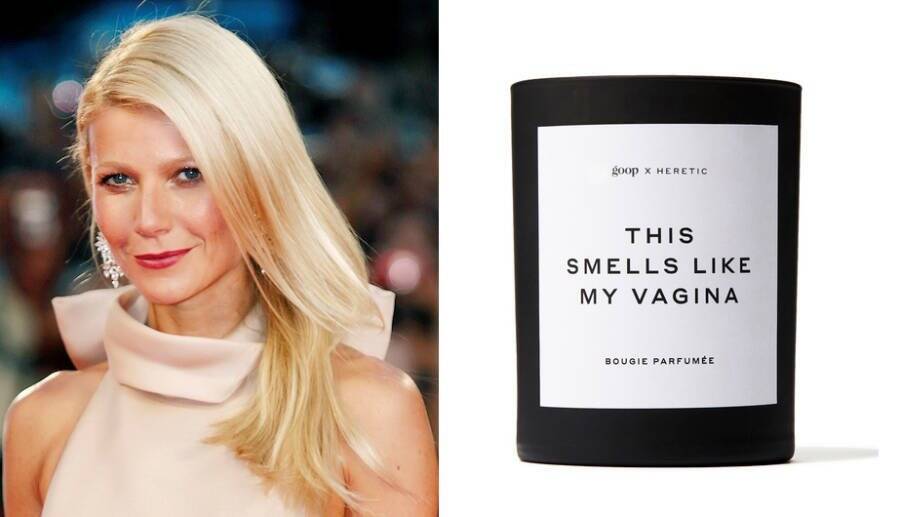 The coronavirus pandemic and subsequent lockdowns turned the 2020 holiday season into a bleak state of affairs. However, for 50-year-old media consultant Jody Thompson and her colleagues, there was no reason not to have a Zoom-based Christmas party. Competing in a quiz with her peers, she won a peculiar candle.

Named “This Smells Like My Vagina,” the item was designed by Gwyneth Paltrow. After years as a movie star and an Academy Award win for Best Actress, Paltrow founded a lifestyle company called Goop in 2008. It has since grown into a $250 million brand that sells clothing, perfume — and this $75 vagina-scented candle.

Living in a studio apartment in Kilburn, North London, with her partner and two cats, Thompson unwrapped the candle and did as instructed. After trimming the wick and setting it on a coaster, she lit the candle and let its aroma waft through her home. Then, without warning, flames engulfed her living room.

“I’ve never seen anything like it. The whole thing was ablaze and it was too hot to touch. There was an inferno in the room. We eventually got it under control and threw it out the front door.”

When Goop itself learned of the incident, a spokesperson said they could not verify the product’s authenticity as it hadn’t been purchased from a proper outlet. Fortunately, neither Thompson, her boyfriend, nor their two cats were harmed. While the fire did cause some damage, Thompson bore no hard feelings.

“It could have burned the place down,” she said. “It was scary at the time, but funny looking back that Gwyneth’s vagina candle exploded in my living room.”

A New Book Showed That Catch Me If You Can‘s Frank Abagnale Jr. Made It All Up 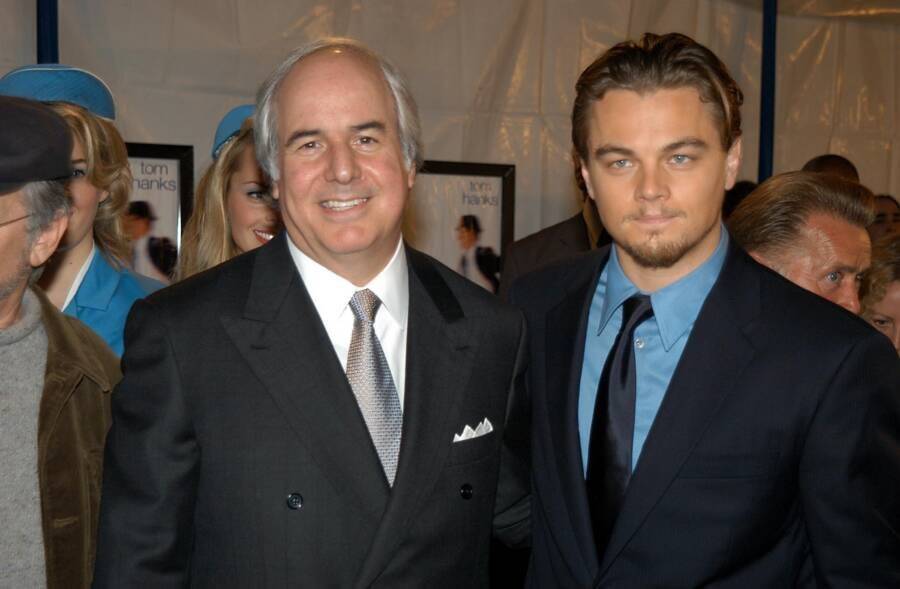 When Steven Spielberg adapted Frank Abagnale Jr.’s memoir Catch Me If You Can into a movie, audiences were stunned at the daring cons Abagnale had gotten away with. He had not only pretended to be a doctor but a Pan American Airlines pilot who passed the bar exam and cashed $2 million in bad checks. Or had he?

In a hilarious turn of events, Catch Me If You Can had grossed more than $350 million and cemented Abagnale’s cons into history — only for journalist Alan C. Logan to reveal a litany of holes in the story suggesting it was utterly untrue in May 2021.

Even his time as a fugitive from federal authorities appeared fabricated.

“So Abagnale’s narrative that between the ages of 16 and 20, he was on the run, chased all over the United States and even internationally by the FBI. This is completely fictitious,” said Logan. “Public records obtained by me show that he was confined for the most part in prison during those years.”

Remarkably, Logan showed that Abagnale had never even been a pilot but merely stalked a flight attendant’s schedule across the Eastern Seaboard. And Abagnale’s claim of only ever defrauding banks or businesses, meanwhile, was contradicted by evidence that he defrauded her family.

Ultimately, Abagnale’s lies only blossomed due to a lack of scrutiny preceding the internet. He had regaled audiences on game shows and talk shows like The Tonight Show with Johnny Carson, keeping audiences rapt while fooling publications that barely communicated with each other.

In the end, however, it appeared Abagnale’s story itself became his greatest con.