It’s been 82 years since the iconic Golden Gate Bridge went from a pile of highly-contested parts in San Francisco to the subject of paintings and poems. Learn all about the bay-spanning landmark, and enjoy these beautiful Golden Gate Bridge photos that display the beauty of the famous structure: 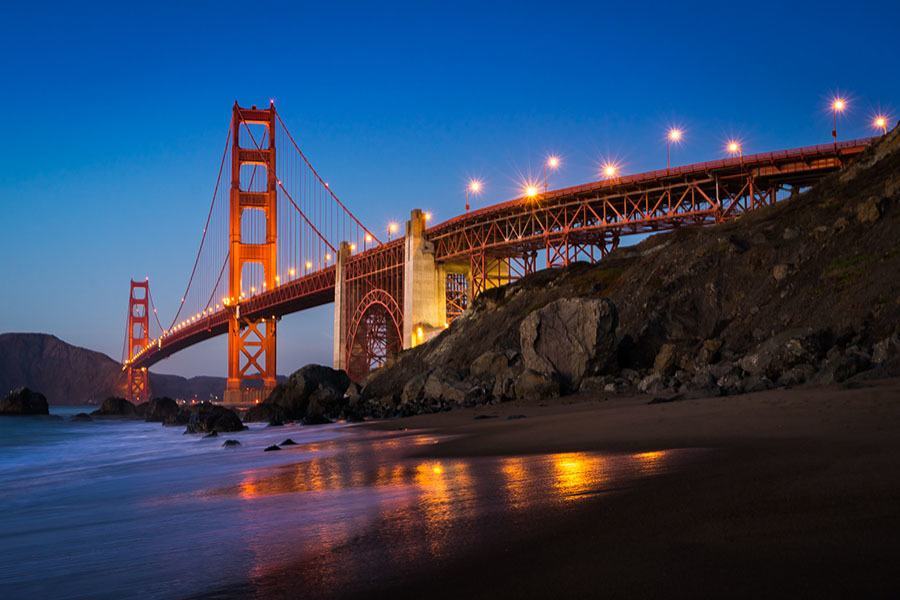 The Golden Gate Bridge project was first proposed in 1872, out of a desire to make it easier to enter San Francisco. The first serious consideration of the project didn’t come until 1919, after San Francisco city engineer Michael O’Shaughnessy conducted a feasibility study.Wikipedia 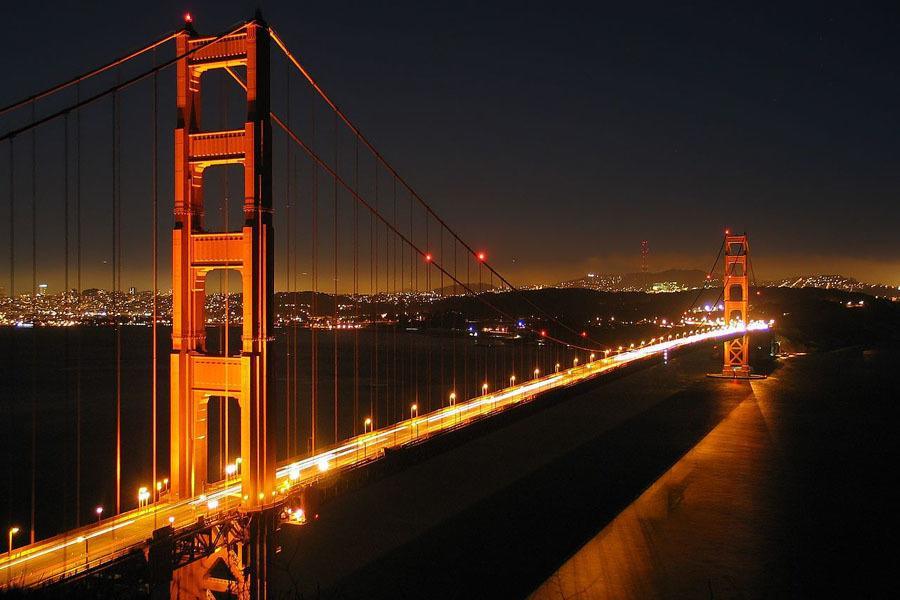 In 1920, O'Shaughnessy submitted his original design for the bridge. That design, however, was quickly abandoned after some bad publicity. The press got hold of the Irish engineer's plans, and dismissed them, with one writer going as far as to call the original design “a ponderous, blunt bridge that...seemed to strain its way across the Golden Gate.” O’Shaughnessy did not attempt another design. Wikipedia 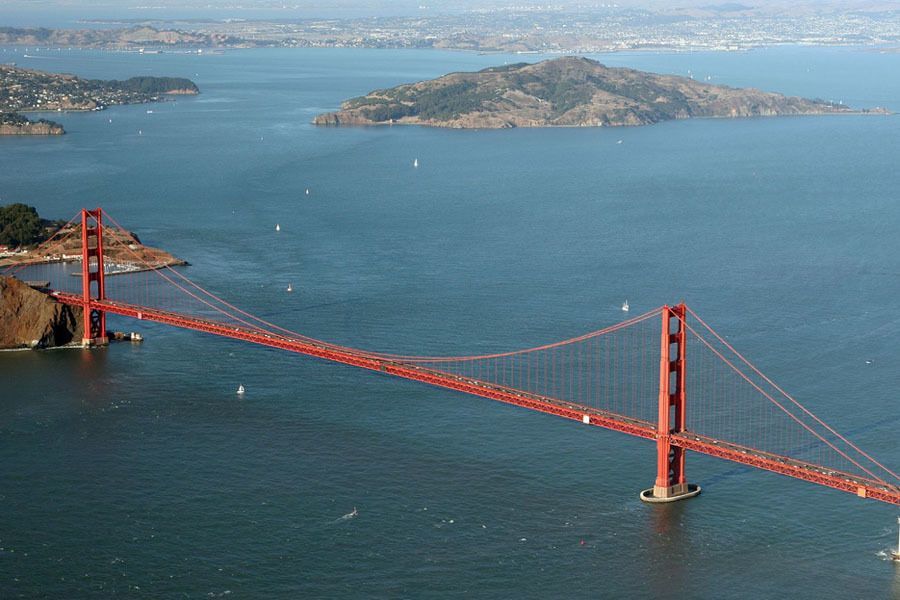 Joseph Strauss submitted his own design in 1922, but again, the press lambasted it. After Strauss’ failed attempt, engineer Charles Ellis worked out the technical details of the design we know today. However, his obsessive eye for detail got him fired by Strauss, his superior, who thought Ellis was simply wasting time.Flickr 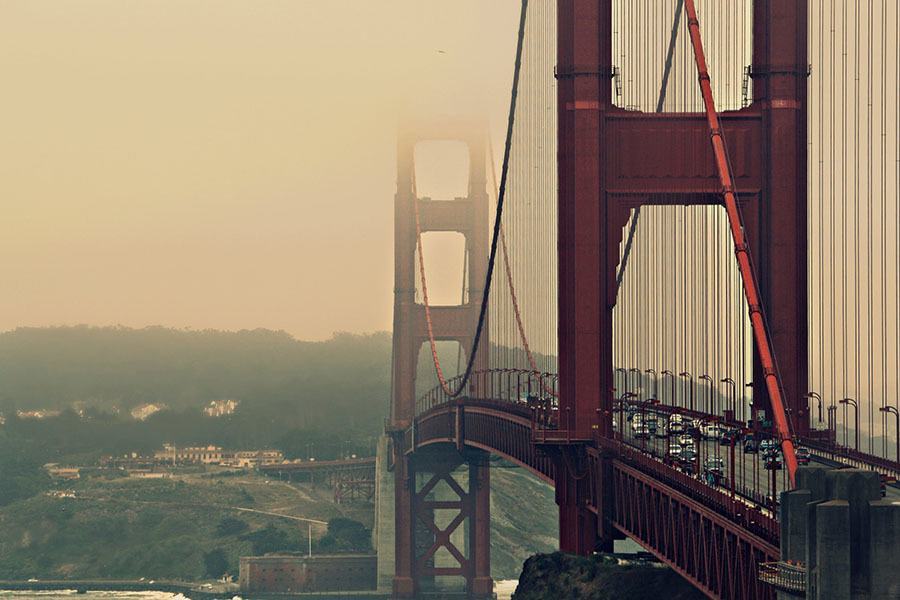 Thus Strauss — who at 5''3 seemed to have a bit of a Napoleon Complex — was credited chief engineer of the Golden Gate Bridge.Wikipedia 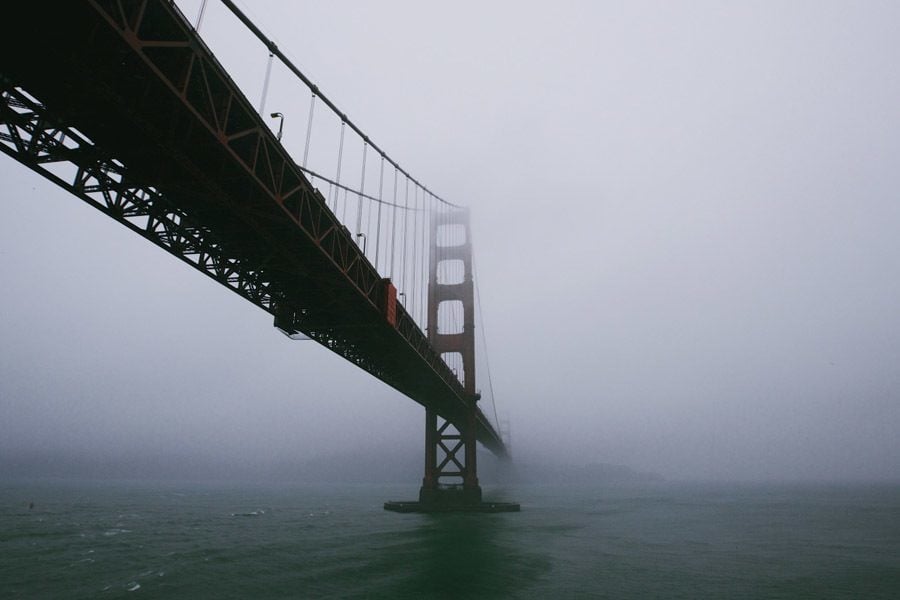 Ego wasn't the only problem the bridge faced early on. Today's beloved landmark was not a popular idea at first, and by 1930 more than 2,300 lawsuits had been filed against its proposed construction. Snapwire 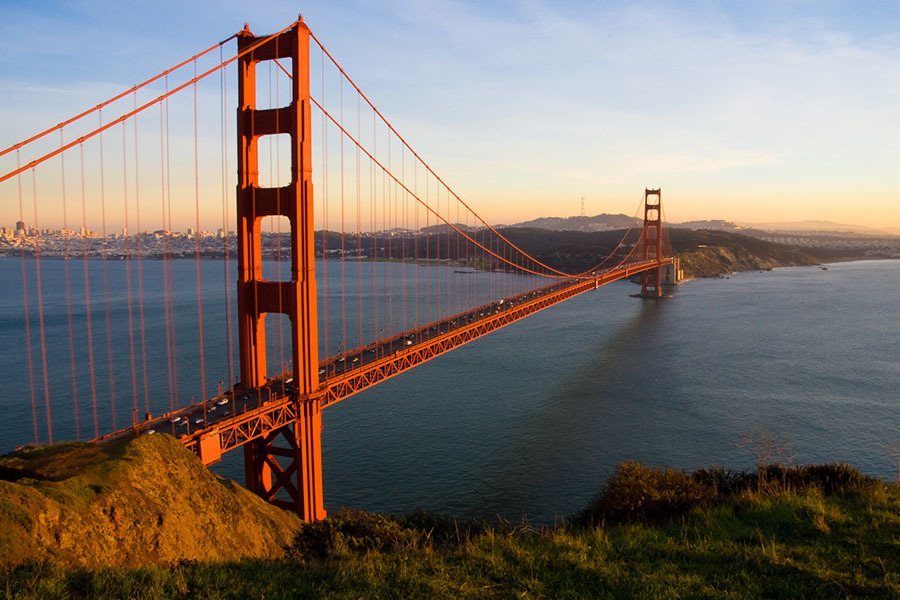 Among the plaintiffs were Ansel Adams and the Sierra Club, who feared the bridge would ruin the natural beauty of the bay area. Flickr 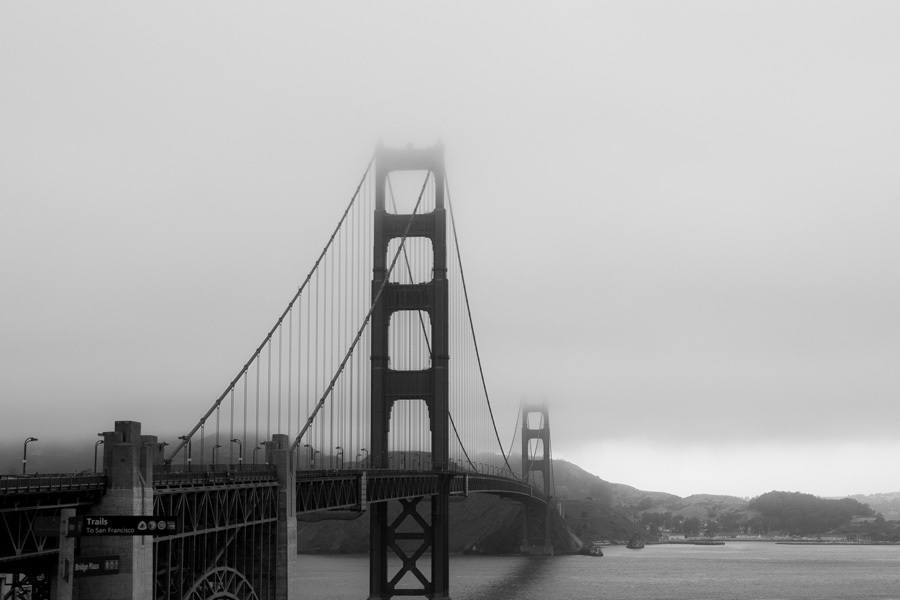 The federal government was equally unimpressed with the bridge, and refused to issue funds to build it. Locals in favor of the project passed a bond measure in which they put up deeds to their own homes and farms as collateral. Flickr 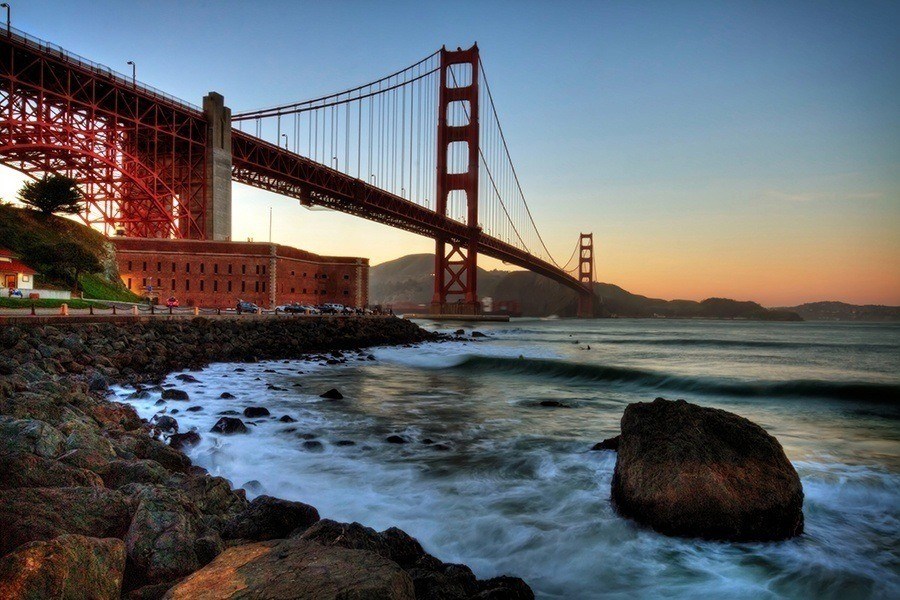 Official ribbon cutter Franklin D. Roosevelt did not even attend the ceremony in person; instead he "cut the ribbon" via telegraph. Flickr 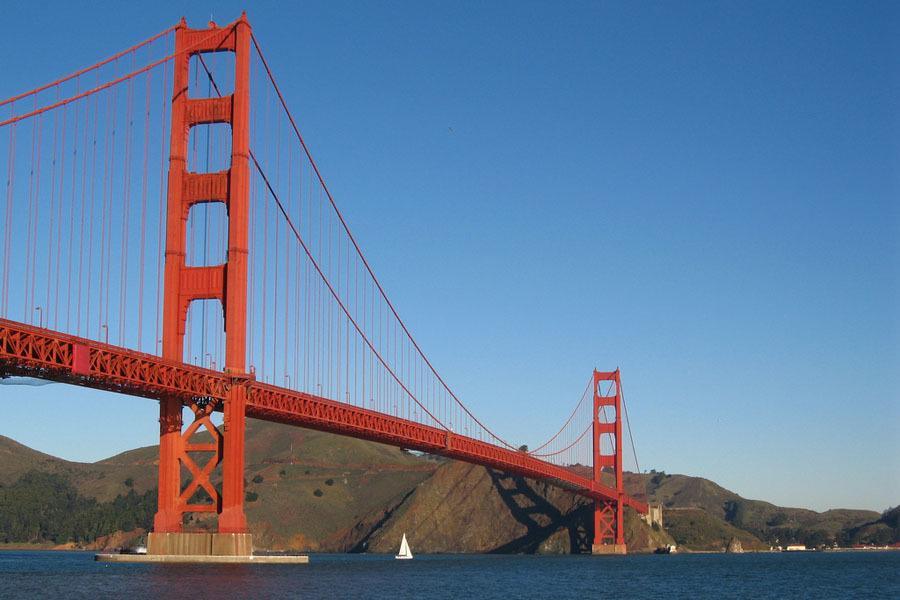 However unpopular, the plans came as a matter of necessity: At the beginning of its construction, there were no other bridges into San Francisco. All travel had to be conducted by ferry.Flickr 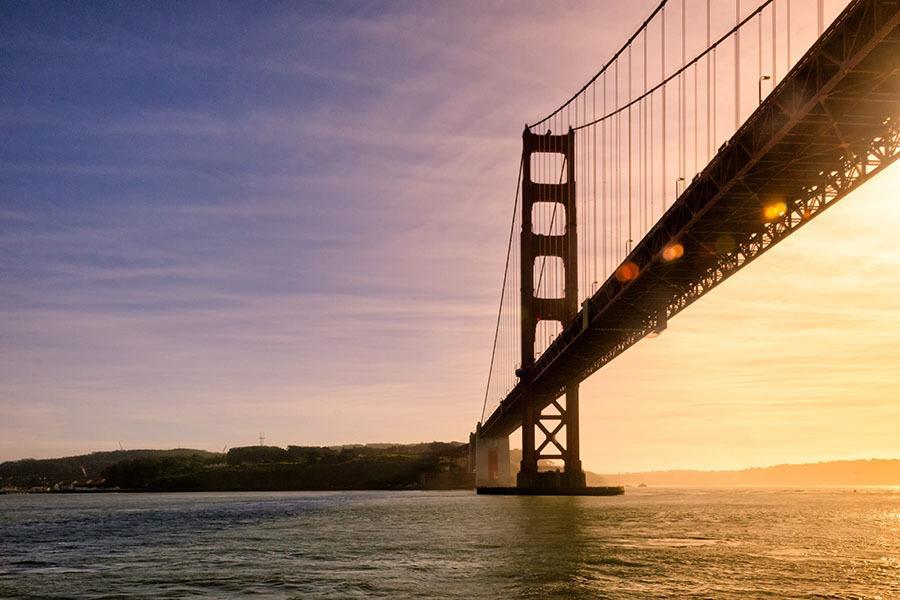 Despite its shaky start, the $35 million bridge had an impressive safety record during construction—for the time, at least. 11 people died during the work, with 10 of these deaths occurring on a single day, February 17, 1937. On that day, a platform broke loose from the bridge, falling through the safety netting. Wikipedia 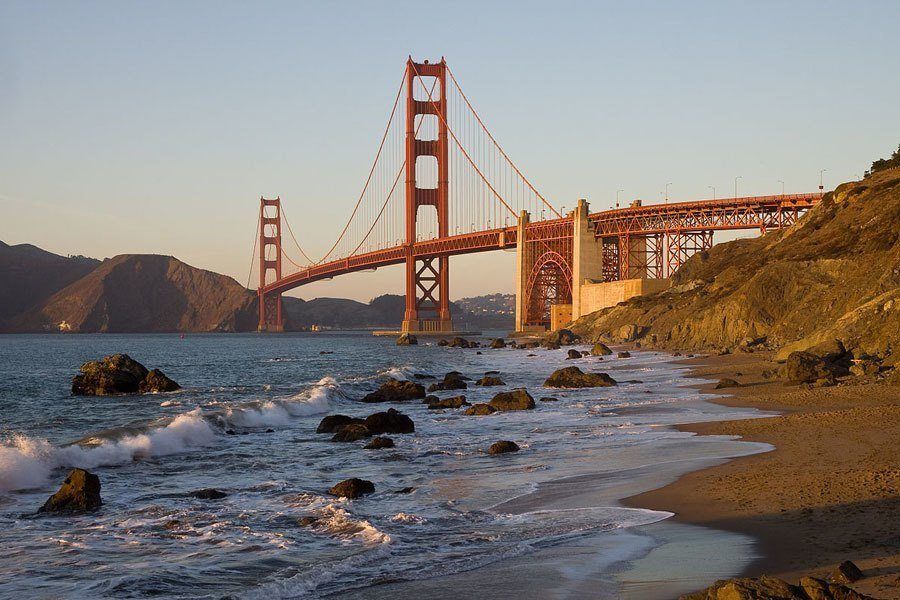 During the bridge's construction, morning workers were given free sauerkraut juice as a hangover remedy to help calm the effects of their off-duty antics, and ensure they were more productive during the work day.Wikipedia 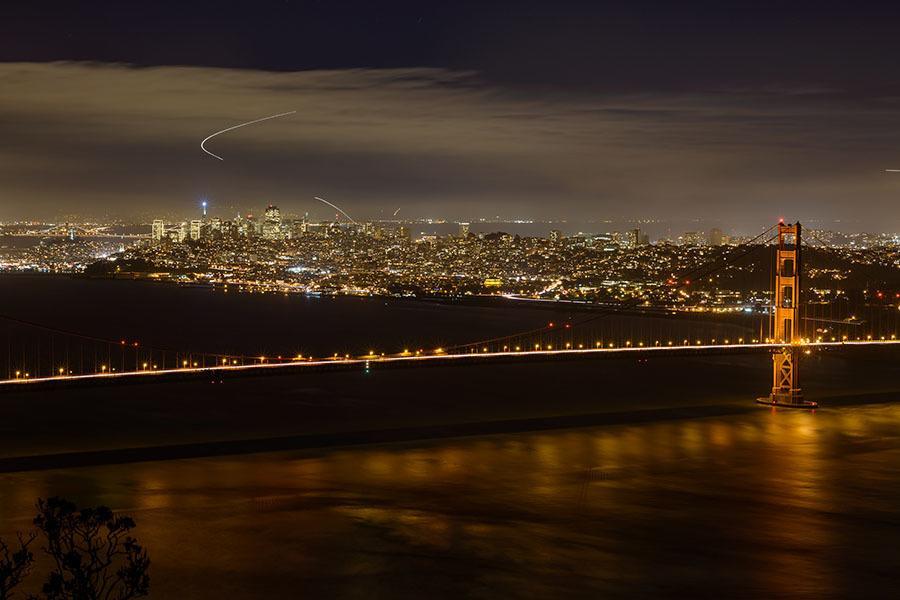 Upon completion of construction, it came time to decide the bridge's color. The burnt orange we know today was not intended to be permanent; even the final color selection was only supposed to be temporary. Wikipedia 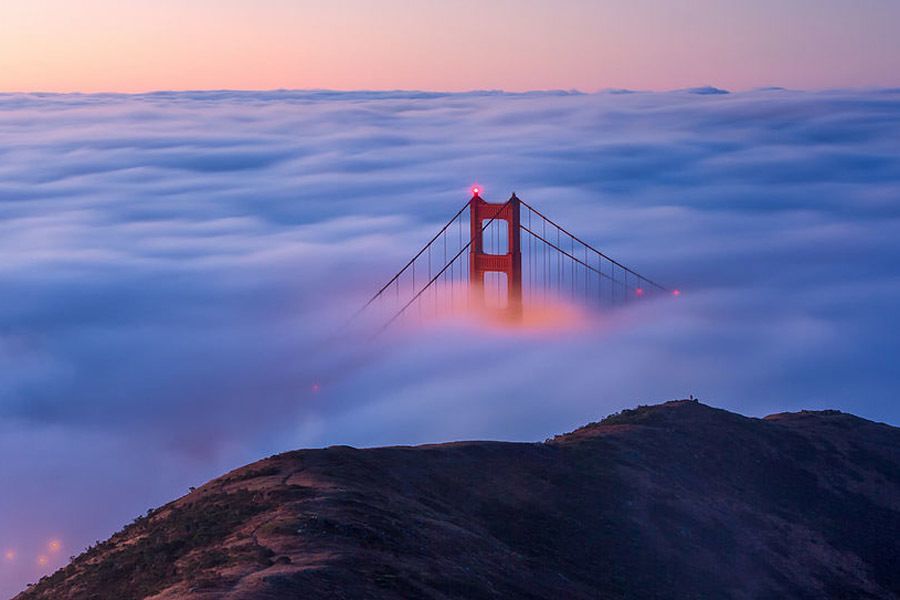 The reddish-orange shade was actually the color of the anticorrosive primer used to protect the bridge from natural elements. It became permanent when consulting architect Irving Morrow preferred it to any other considered color such as carbon black or steel grey. Wikimedia Commons 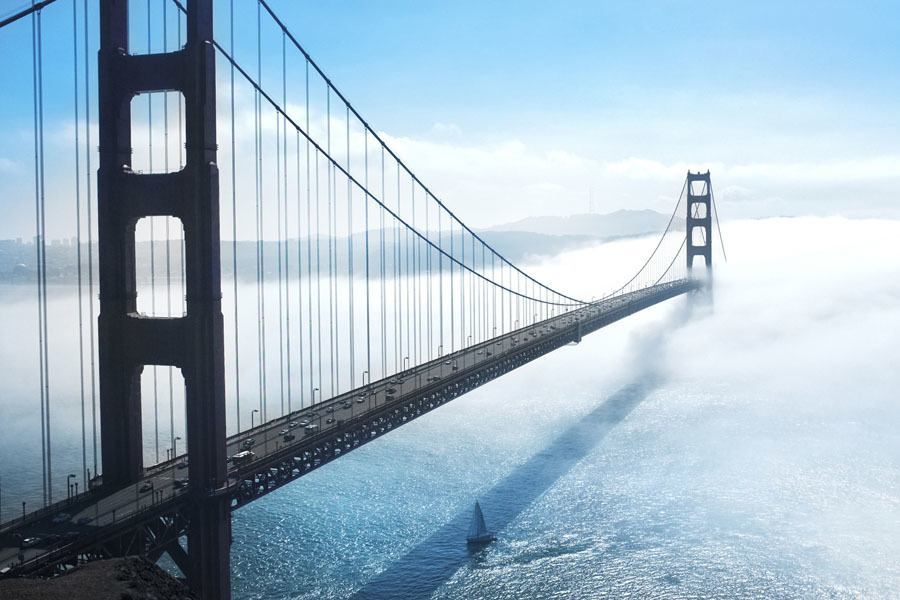 Morrow noted that not only was the rust-color visible in the bay’s dense fog, it also complemented the surrounding landscapes better than the alternatives.Unsplash 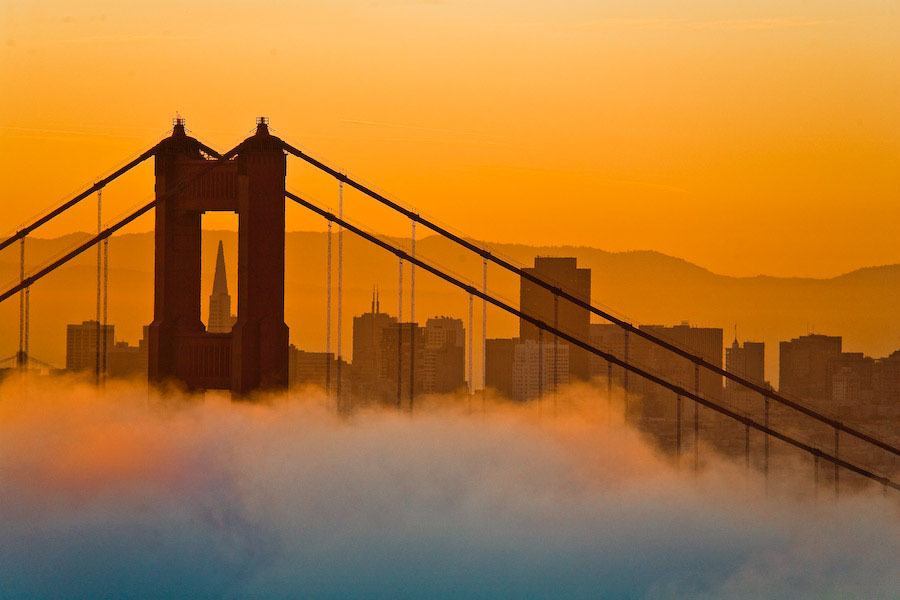 However, that color choice came at a cost: the bridge is in a perpetual state of being repainted.Flickr 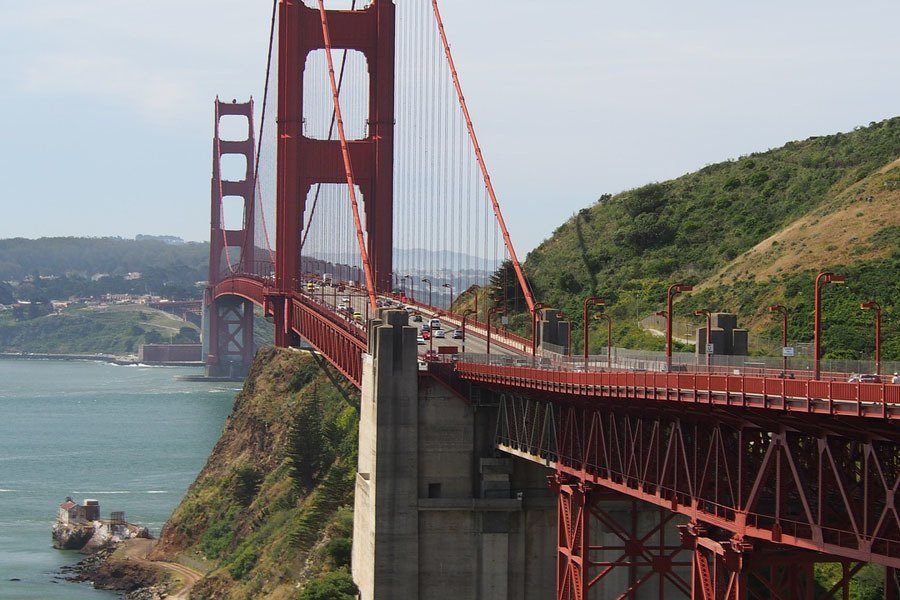 On the day of its opening, only pedestrians were allowed on the bridge, with 200,000 crossing on that day. It opened to automobile traffic on the second day, with 32,000 vehicles crossing. Pixabay 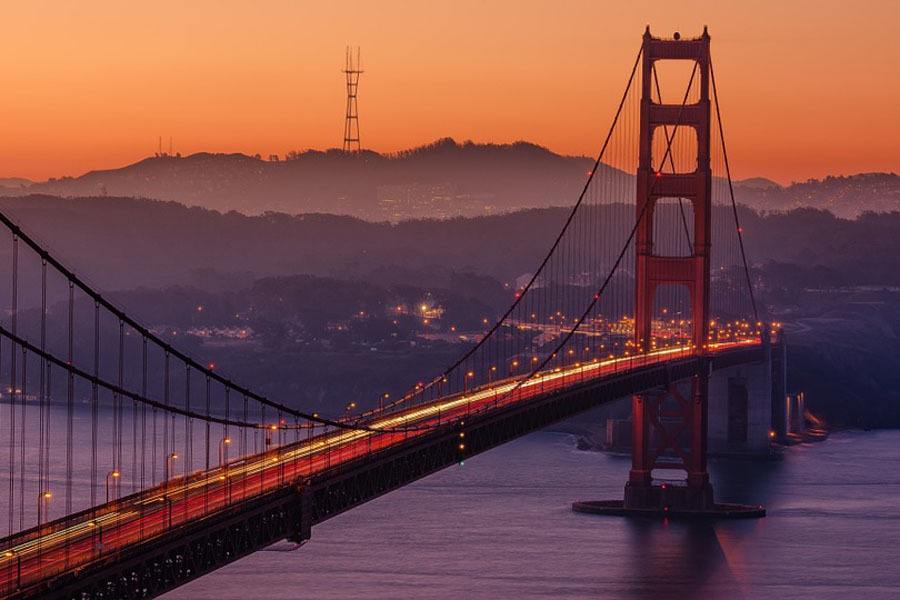 The Golden Gate Bridge is a toll bridge, but tolls are only collected on vehicles headed south bound into San Francisco. Pixabay 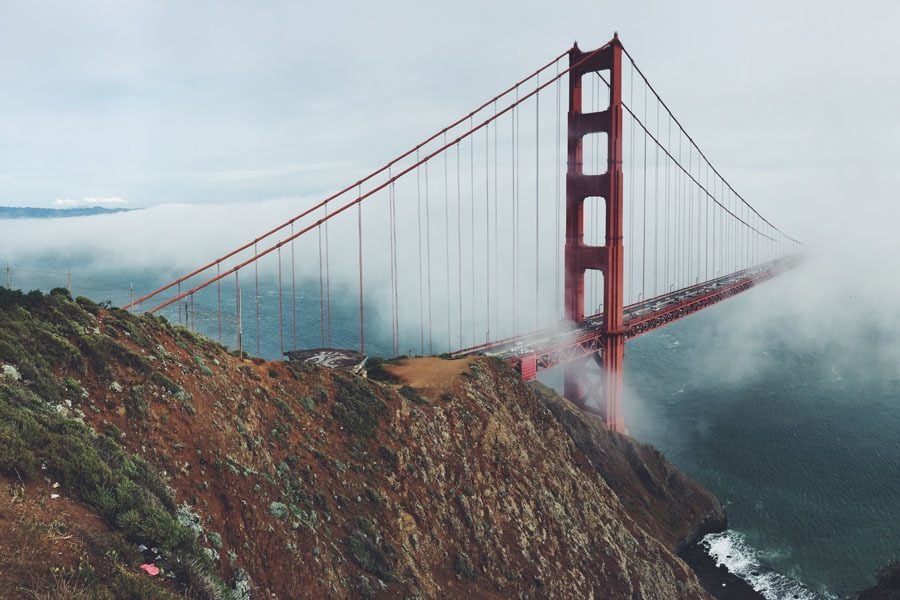 Since its opening, the Golden Gate Bridge has only been closed due to weather conditions on three occasions, all of which were because of high winds. Unsplash 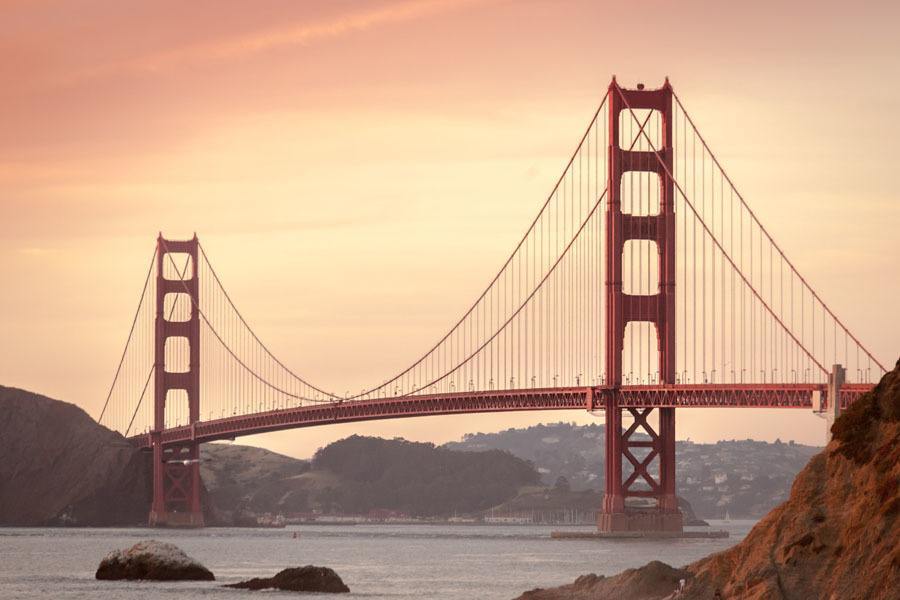 More than two billion people have crossed the bridge since it opened. 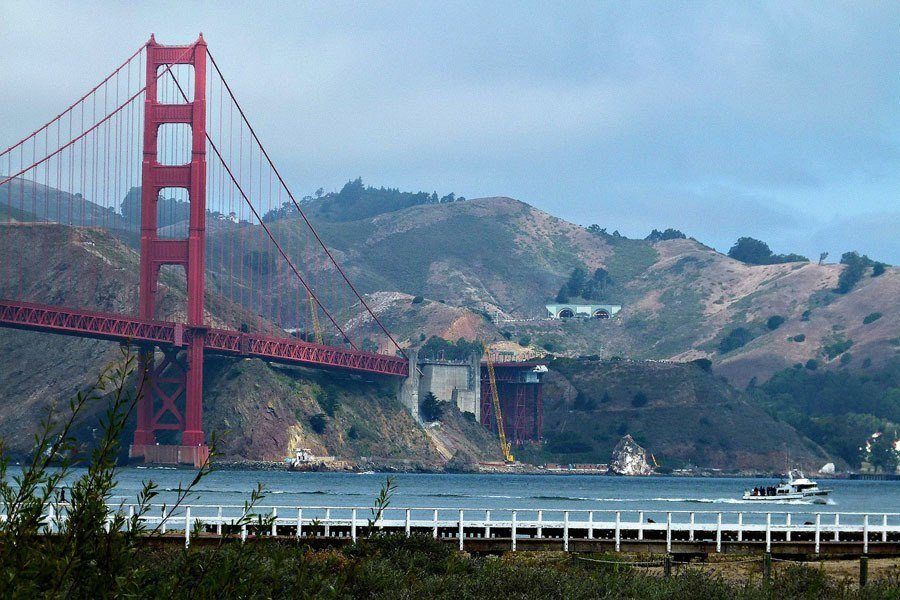 But the bridge has also served as a place for those who wish to stop moving. Indeed, the Golden Gate bridge is one of the top suicide destinations in the world, with more than 1,500 confirmed suicides since its grand opening. Because it ranks in the top three suicide spots worldwide, there are 11 crisis counseling phones located on the bridge.Pixabay

In 2019, “prevention nets” will be added to the length of the structure so as to decrease the number of annual fatalities.Wikimedia Commons

Liked this? See vintage shots from the golden age of air travel, or take a glimpse at the Brooklyn Bridge in 1905.