"Leave it as it is," implored Teddy Roosevelt in 1903. “You cannot improve on it. The ages have been at work on it, and man can only mar it." 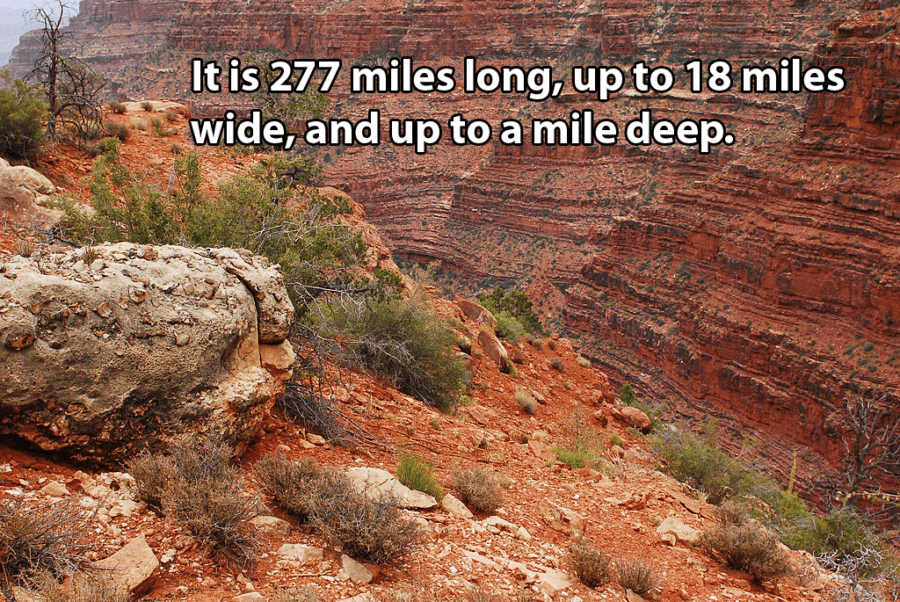 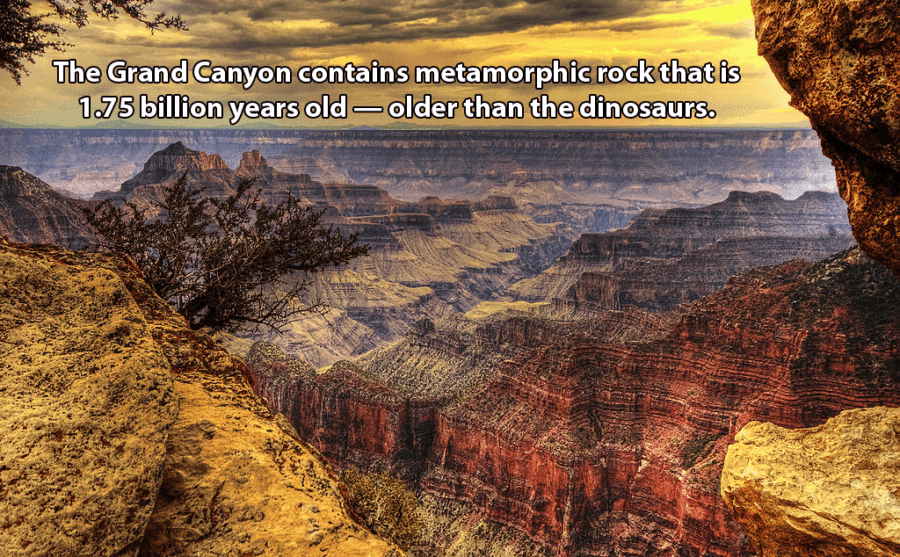 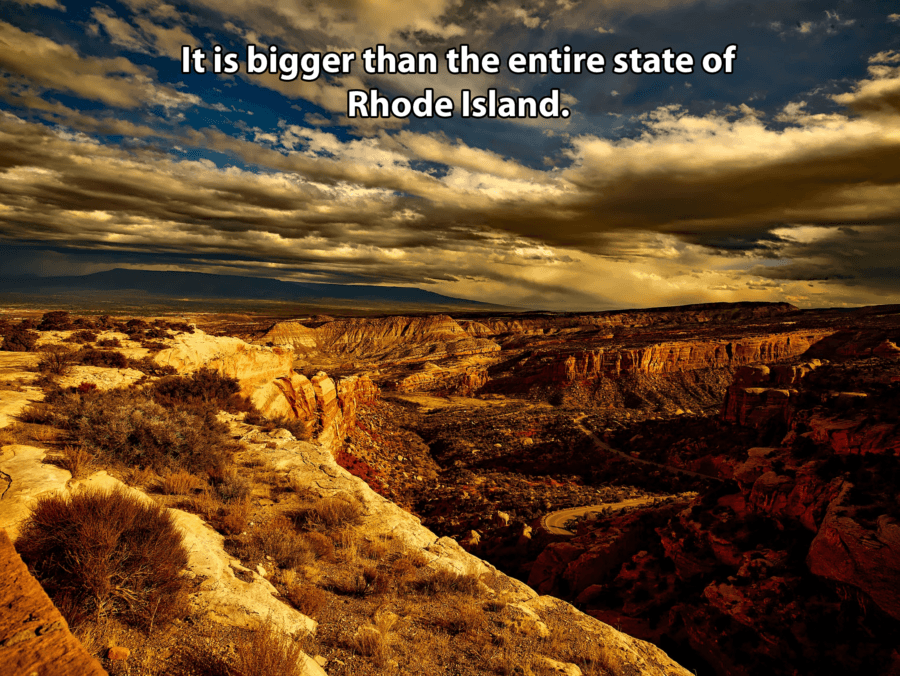 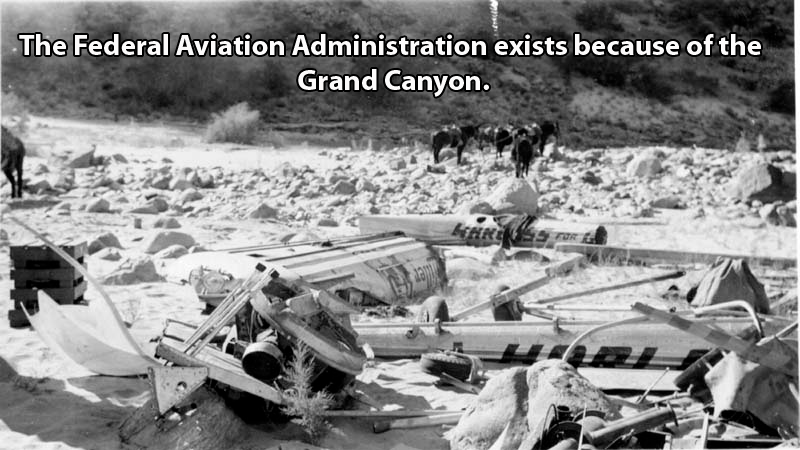 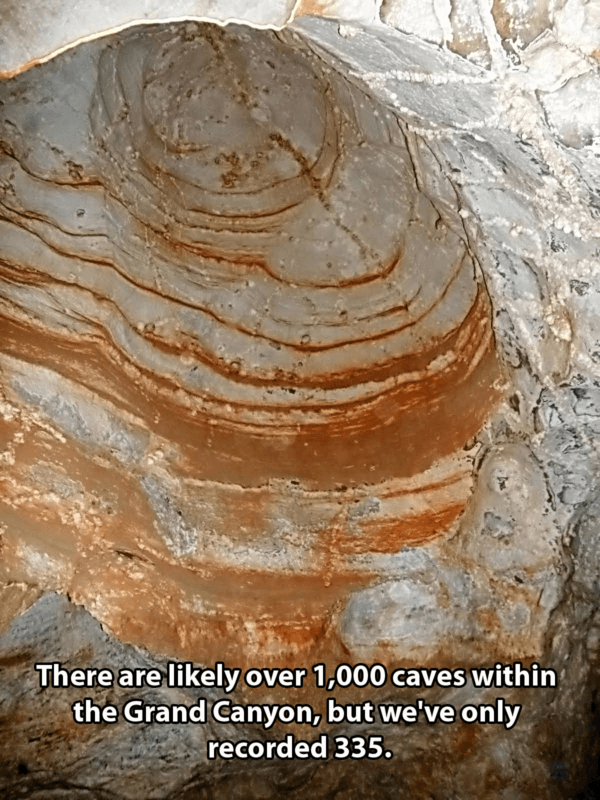 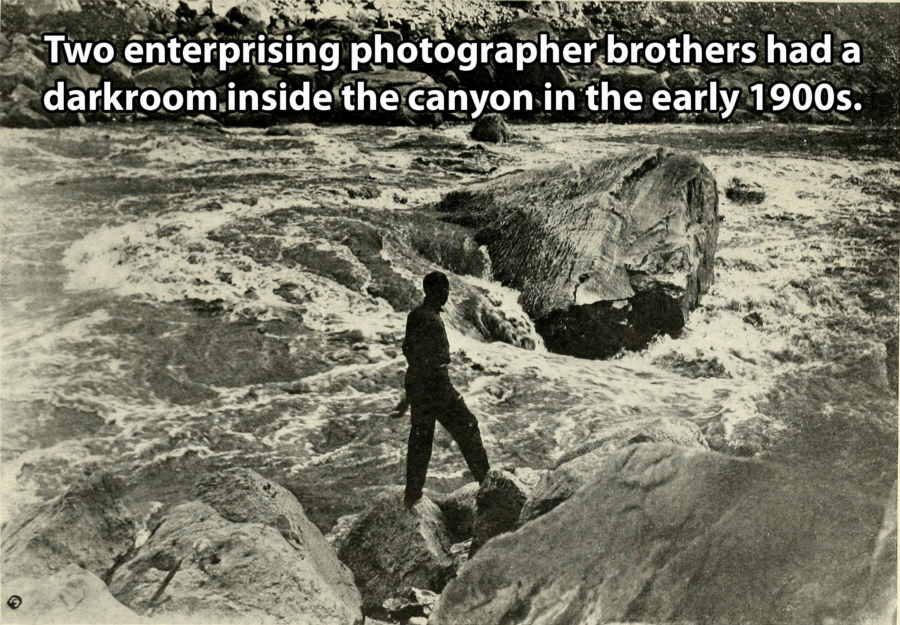 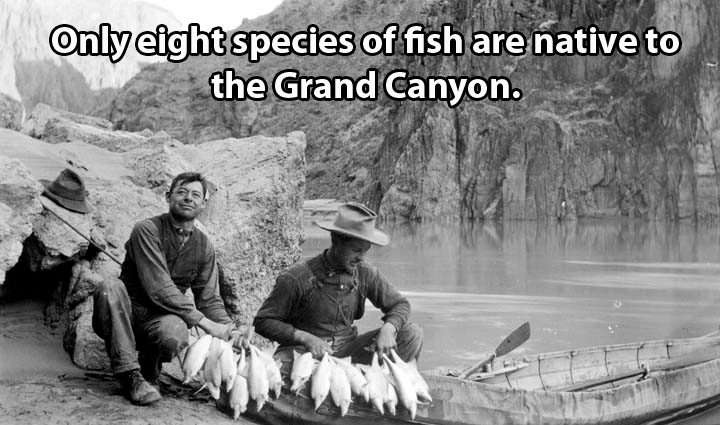 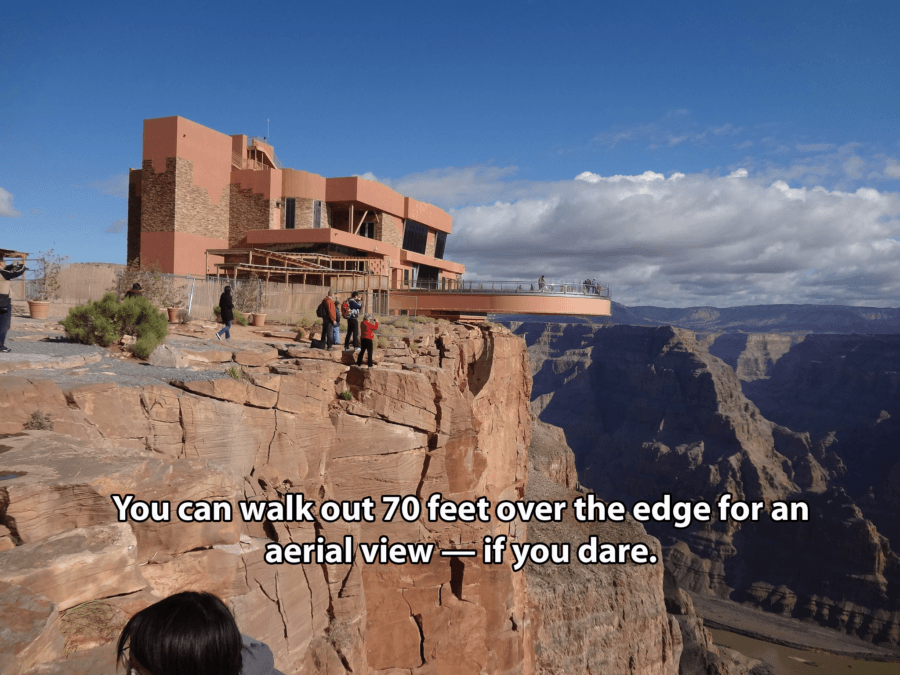 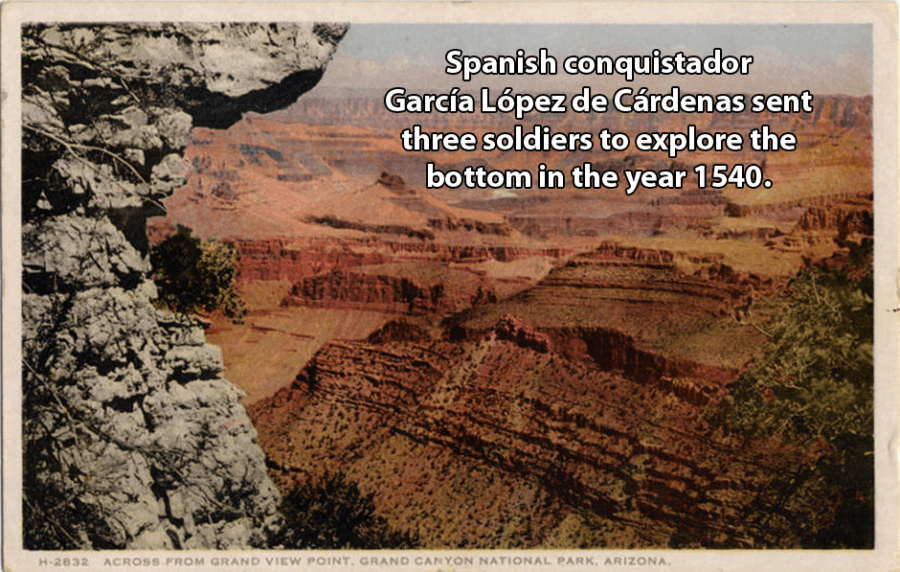 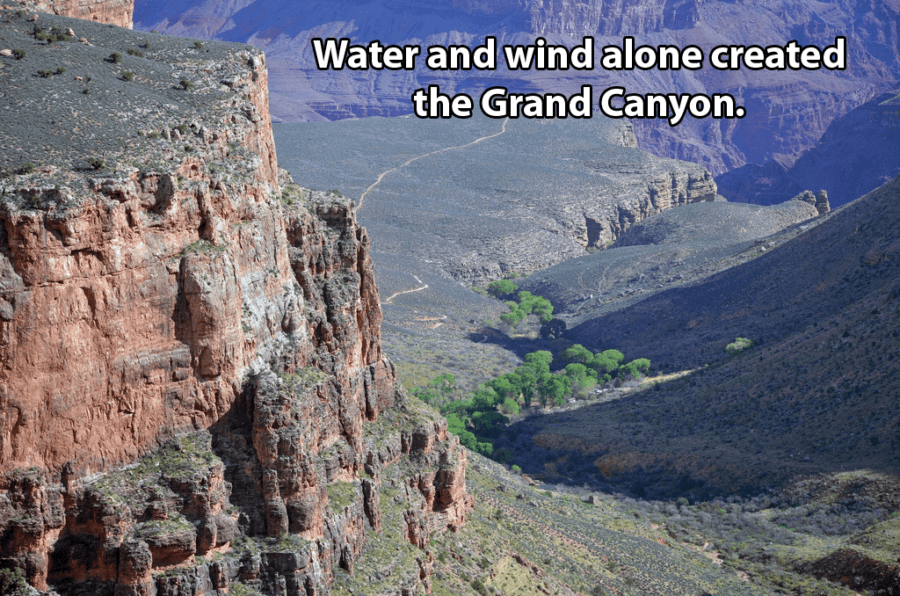 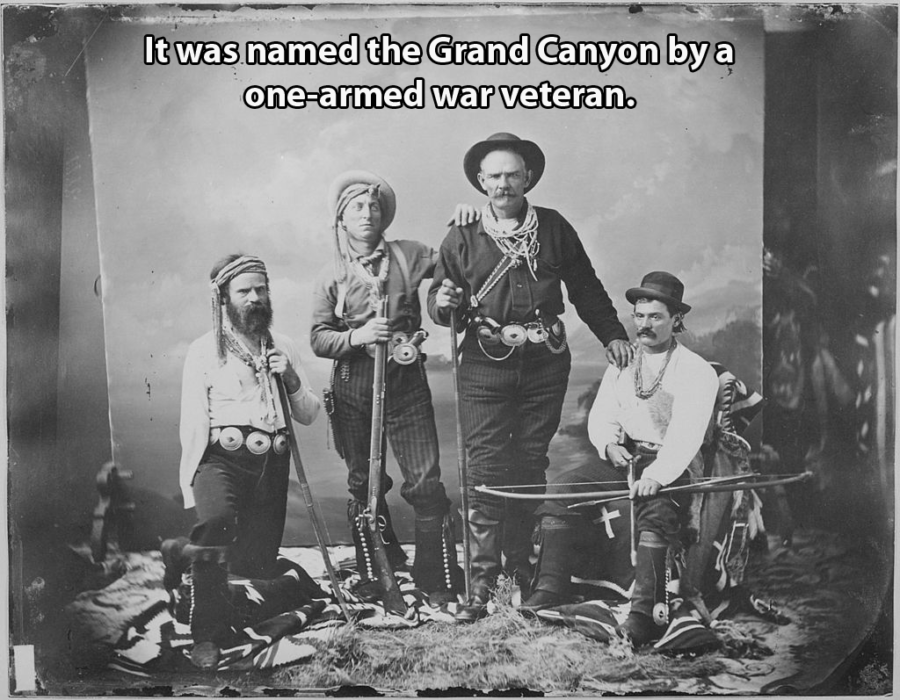 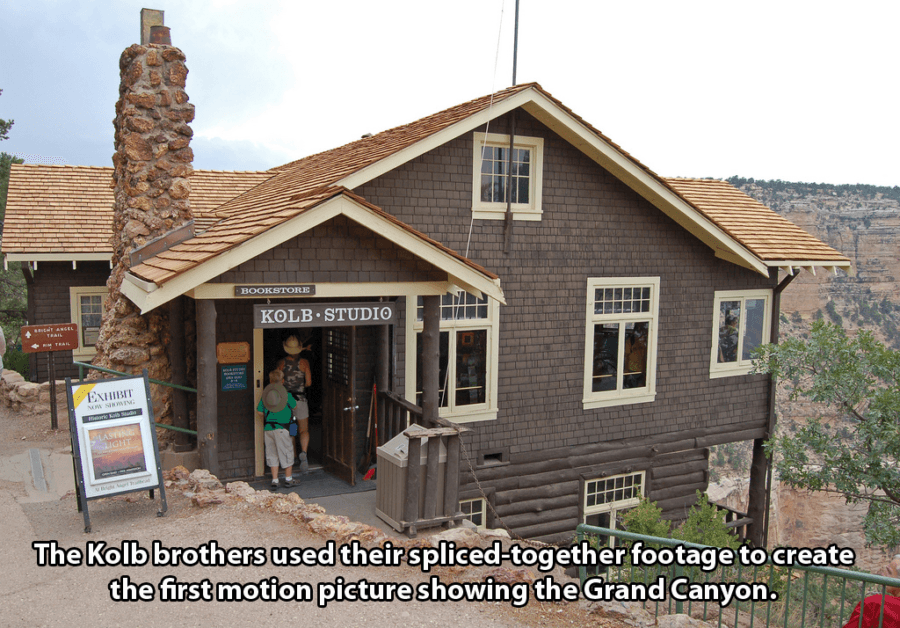 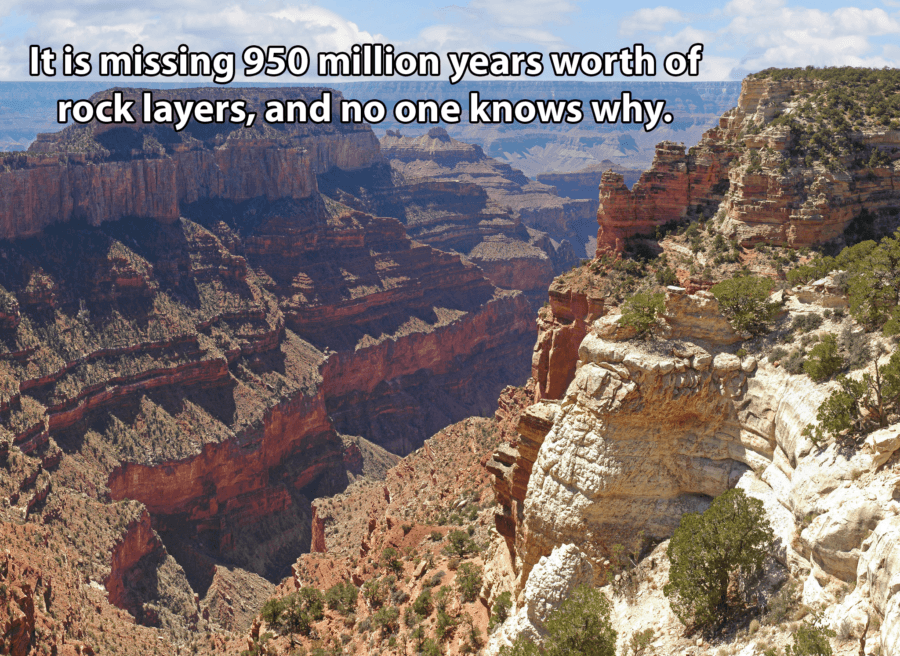 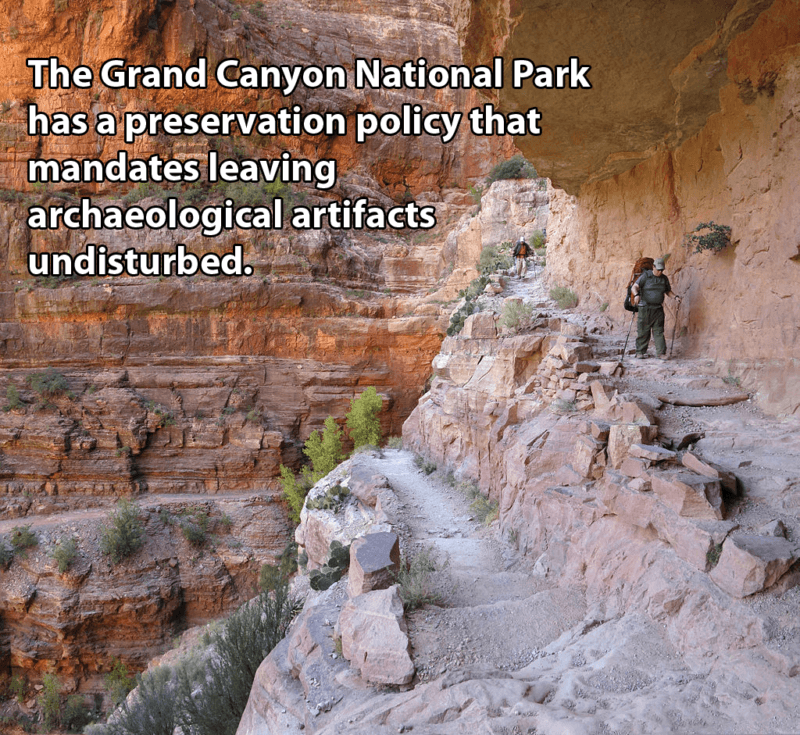 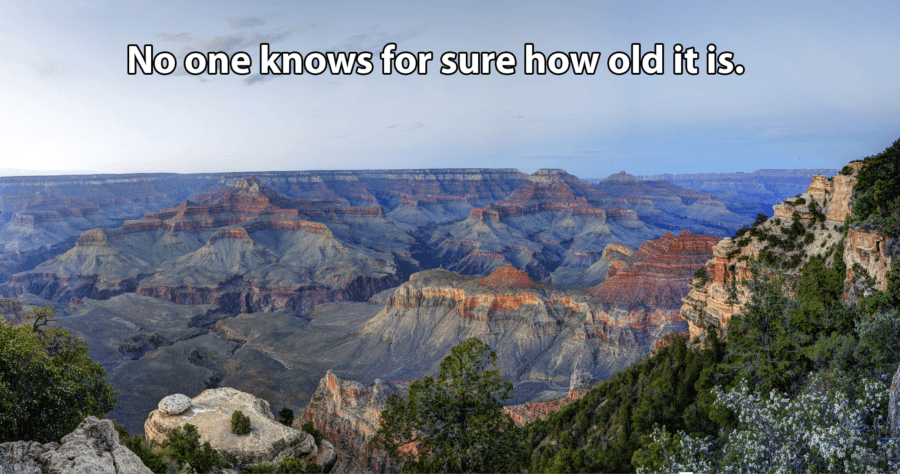 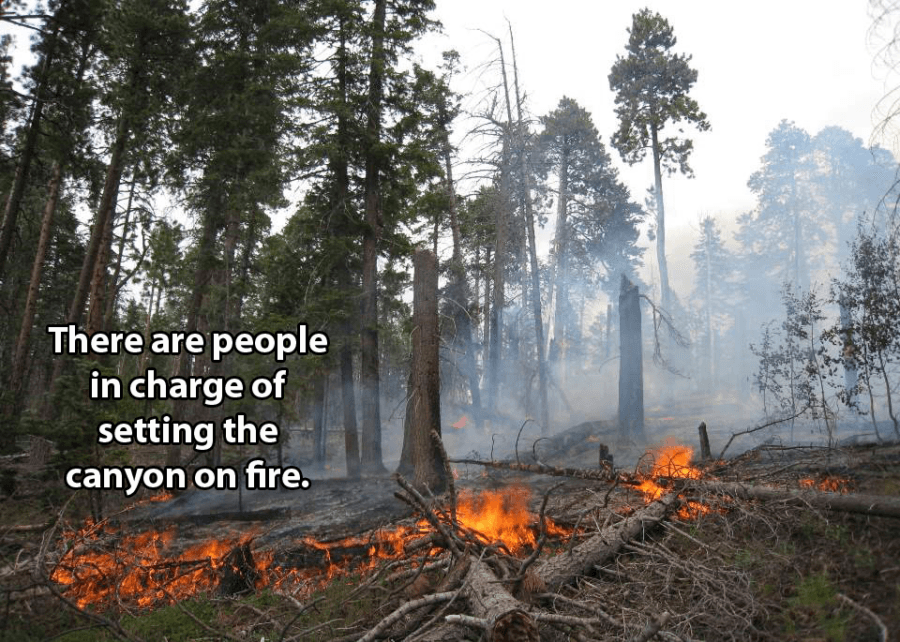 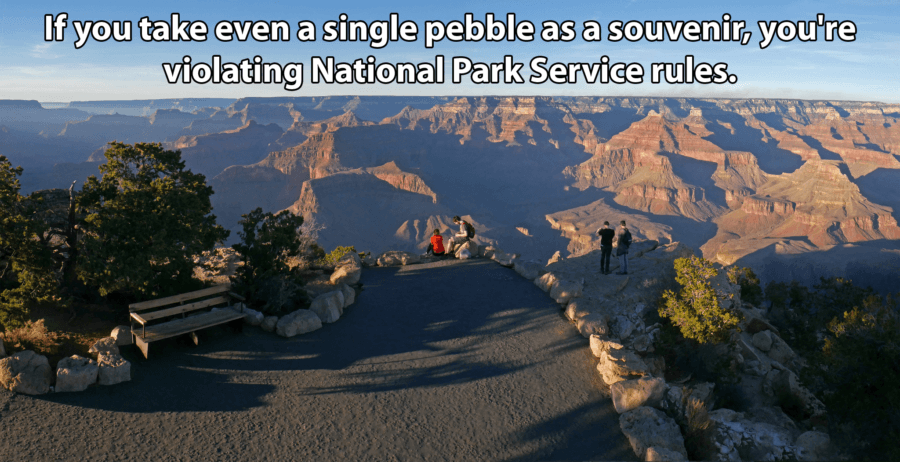 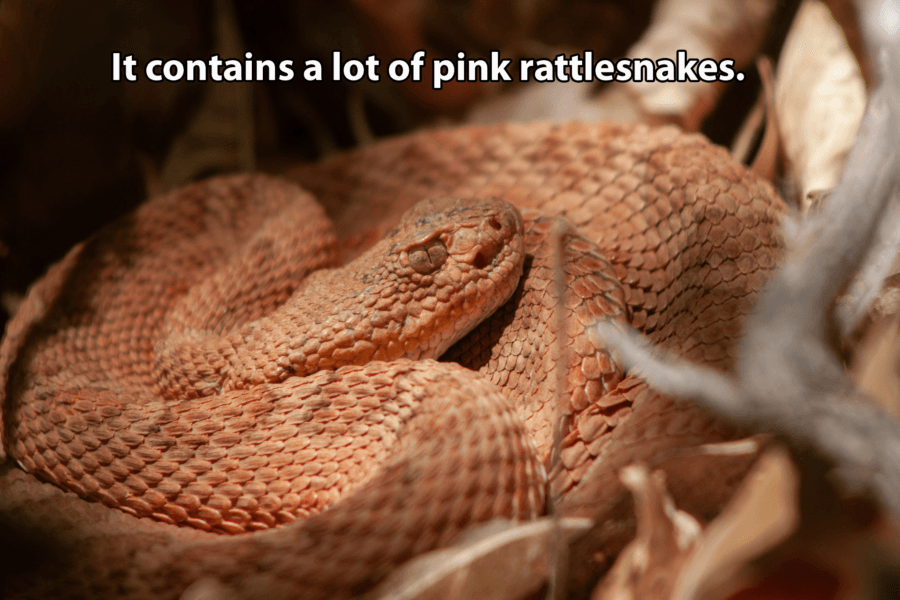 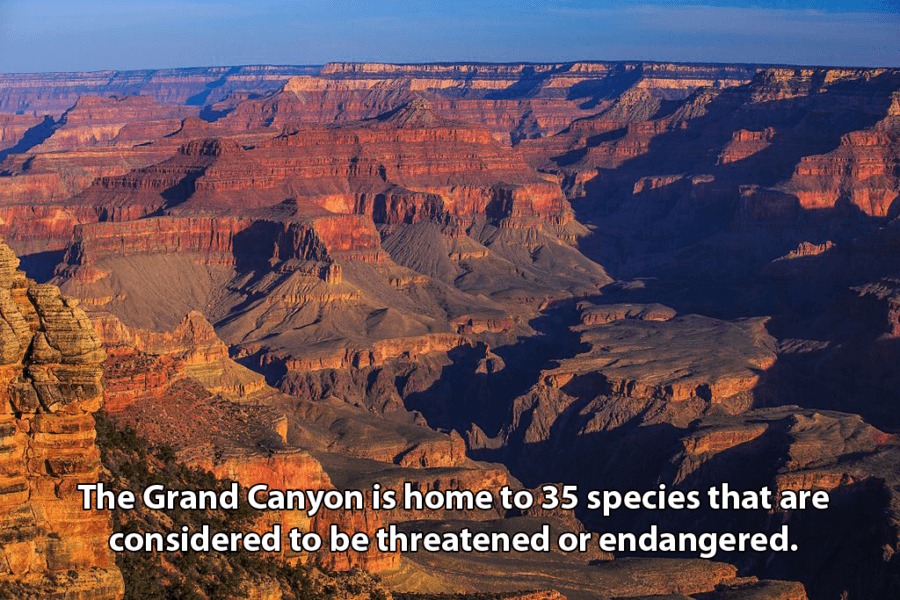 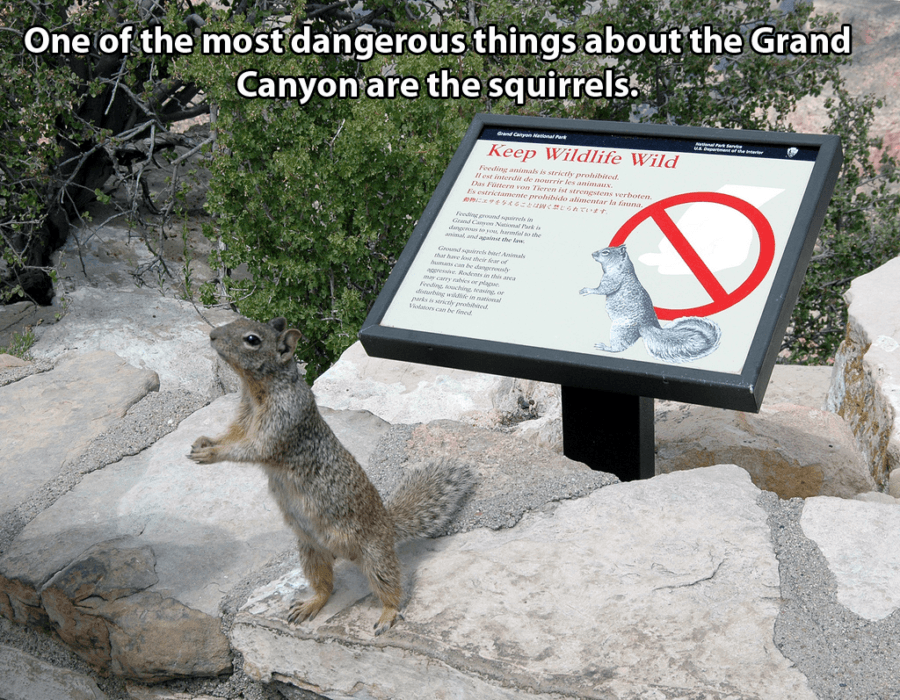 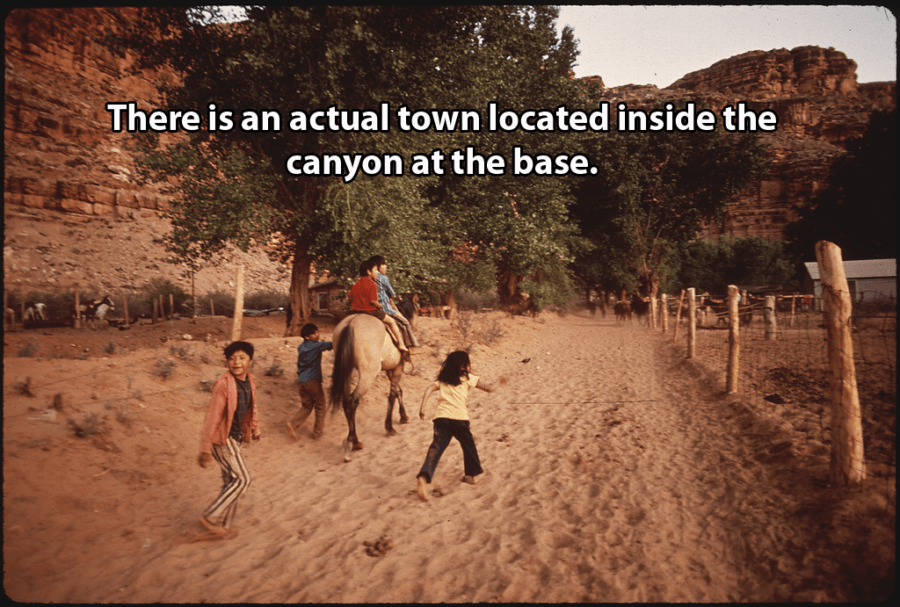 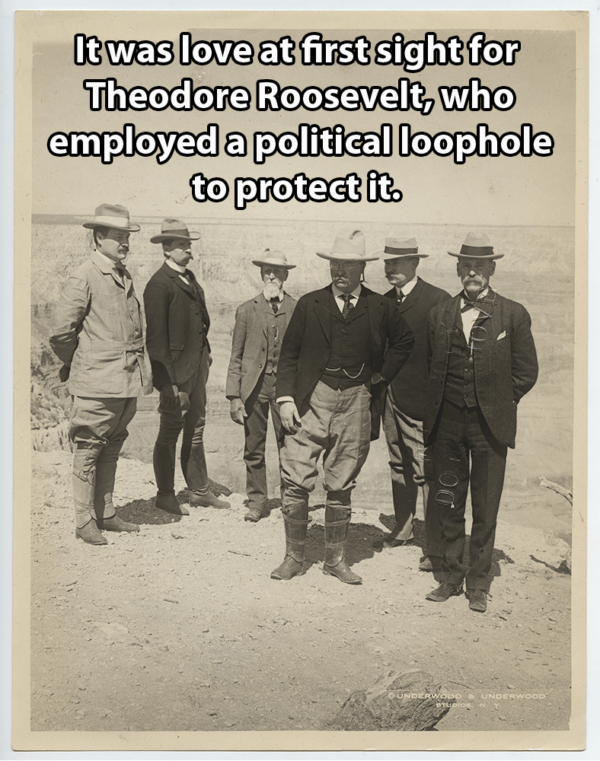 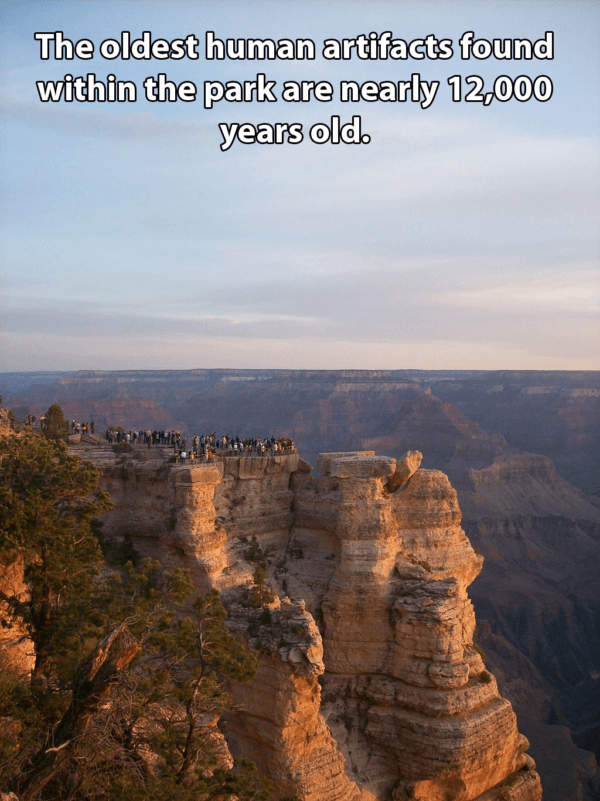 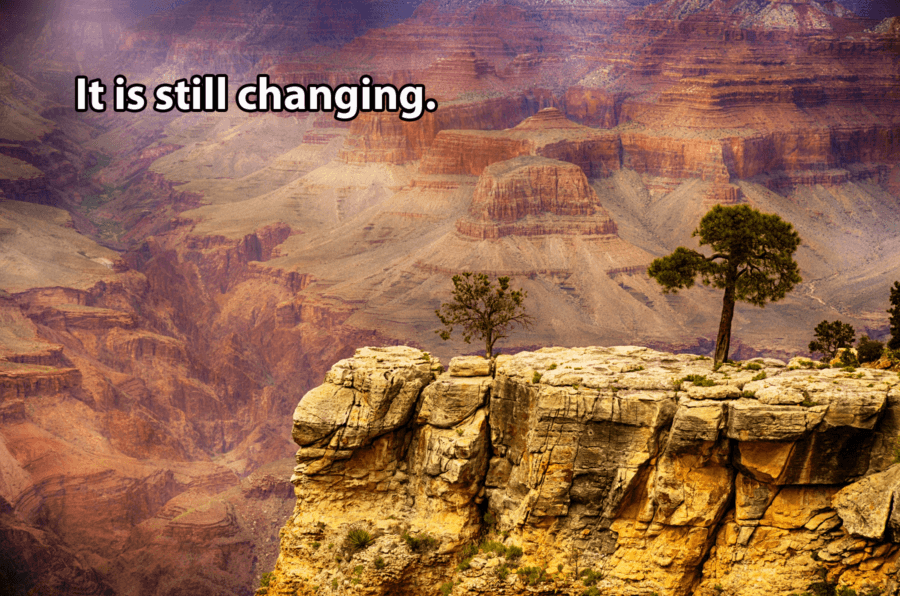 This majestic natural wonder of the world puts almost everyone in awe as soon as they see it. Yet most of us know shockingly little about it, like how the Grand Canyon was formed or just how big it is. These Grand Canyon facts will take the geographical divide from a simple tourist attraction to a wondrous feat; time and nature collaborating on one of their best achievements.

How The Grand Canyon Was Formed

Roughly 1.7 billion years ago, volcanoes crashed into the future continent of North America. This created mountains that eroded down to form the rock resting at the base of the Grand Canyon. Countless millions of years passed as a shallow sea washed over the area. The residual sediment became the layers comprised of sandstone, shale, and limestone. Plate tectonics crashed the rock layers together; rising up to become the Colorado Plateau. Flowing water then carved its way through billions of years worth of rock.

By some accounts, the Grand Canyon is around 70 million years old. By yet others, the canyon formed some six million years old. Though American Indians have been living in and around the park for thousands of years (and still do), the first Europeans to reach the canyon hailed from Spain in a 1540 expedition led by García López de Cárdena. Tourists have flooded the area since the 19th century.

"Leave it as it is," implored Teddy Roosevelt during a 1903 visit to the canyon. "You cannot improve on it. The ages have been at work on it, and man can only mar it."

However, as sure as the sun rises every morning over the canyon, there are people looking to turn it into profit. As National Geographic's Kevin Fedarko writes, "The canyon provokes two major reactions: the urge to protect it, and the temptation to make a pile of money from it".

Indeed, from giant tourist resorts and noisy helicopter tours to hydroelectric dams and uranium mines — mankind seems hell-bent on further destroying the canyon's splendor in favor of the Almighty dollar. A New-Earth Creationist even brought a lawsuit against it; claiming it was guilty of religious discrimination.

Luckily, there are those still willing to protect the landmark. Conservation efforts are alive, well, and heartily rebuking any activities that would desecrate its beauty.

As spectacular as the view is on any given day, the Grand Canyon looks even more serene with a fresh coating of snow; something that happens pretty rarely.

Even rarer is the event of a government shutdown, but don't fear (at least about the canyon) because in 2018 a state-funded backup plan was enacted. Arizona residents become responsible for park upkeep in lieu of federal funds.

"Regardless of what happens in Washington, the Grand Canyon will not close on our watch" Arizona Governor Doug Ducey assured.

In a perfect world, these Grand Canyon facts will entice more people to see the valor in preserving nature's glorious monument instead of exploiting it.

After this look at some awesome Grand Canyon facts, discover what the Grand Canyon has to do with this island in Tasmania, and then read about the possible re-discovery of the lost eighth wonder of the world.