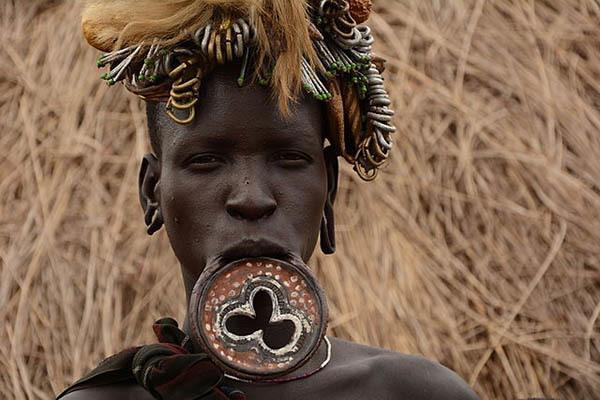 A Morsi tribeswoman dons a lip plate in Ethiopia.

Lip piercings are most common in tribal cultures, though only two tribes in Africa (the Dogon and Nuba) use rings. Most use labrets (bars with balls attached at either end) or plates.

Dogons pierce their lips to represent the creation of the world. In their mythology, the goddess Noomi wove thread through her teeth, but when it came out, the thread was transformed into speech.

In other cultures, lip piercings are a marriage ritual. Makololo tribal women wear plates in their upper lip to make themselves more beautiful. They’re often inserted by a woman’s husband-to-be as a betrothal rite six months before marriage, and the size of the plate correlates to her dowry. 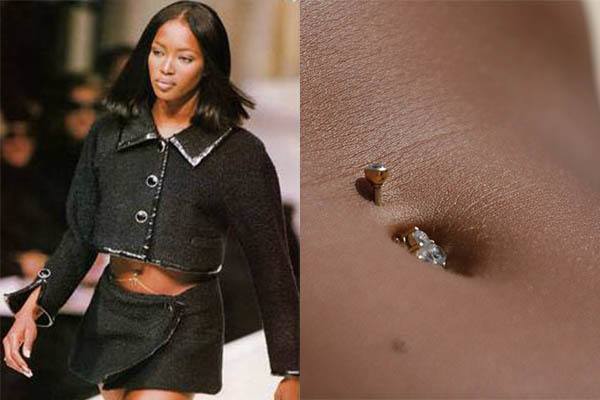 Naomi Campbell may have helped bring the navel piercing back to life in the early ’90s. Image Source: Wikipedia

In Ancient Egypt, this piercing was a sign of royal status — only the pharaoh was allowed to have his navel pierced and anyone else found with this piercing would be executed.

Millennia later, when bikinis came into fashion, the navel was at first considered scandalous because — believe it or not — of its similarity to the vagina. The piercing and showing off of the belly button remained fairly taboo, at least up until the early 90s, when Christy Turlington sported one in a London fashion show in 1993. Naomi Campbell and Madonna quickly followed suit, and soon the navel piercing became one of the more popular fads of the era.