What Are The Other Types of Jerusalem Syndrome? 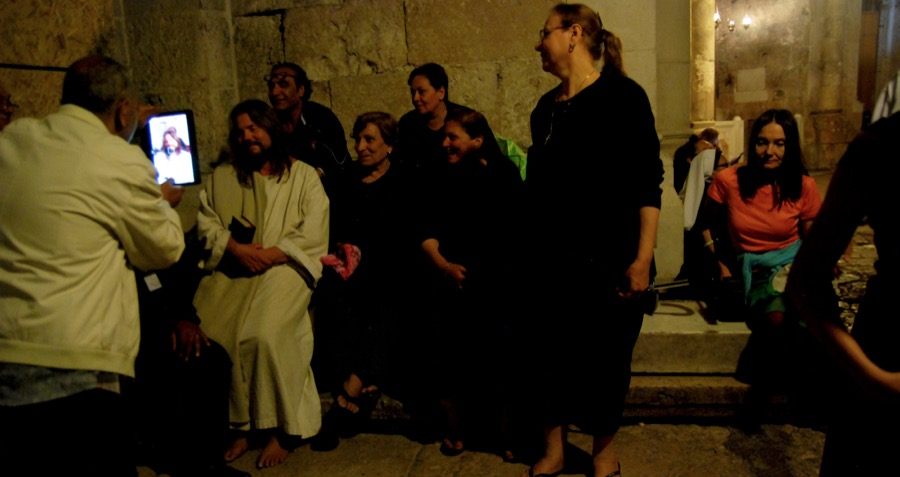 While Type 3 patients have no history of mental illness, the majority of Jerusalem Syndrome sufferers do in fact have a history of psychiatric disorder (Type 1) or some kind of previous obsession with Jerusalem (Type 2).

Jerusalem Syndrome Types 1 and Type 2 account for about 80 percent of cases. From 1980 to 1993, for example, 1,200 tourists were taken to Kfar Shaul Mental Hospital after demonstrating signs of Jerusalem Syndrome. Of the 470 admitted, only 42 were Type 3 sufferers.

Type 1 Jerusalem Syndrome patients — defined by a prior history with illnesses such as schizophrenia or bipolar disorder — often identify as a specific character from the Bible. Type 1 also involves having fantastical ideas about Jerusalem’s healing properties or its ability to cure sickness through magic. These patients have typically already isolated themselves by the time they get to Jerusalem, and are thus traveling alone.

Type 2 Jerusalem Syndrome is defined by a patient history of non-psychotic mental disorders, such as personality disorders that leave patients obsessed with a fixed idea. Type 2 sufferers sometimes come to Jerusalem alone, but most often than not come with groups of people.

As Bar-El could not confirm that the patients he diagnosed with Type 2 and 3 of the syndrome had no pre-existing conditions past preliminary questioning, neither Type 2 or 3 Jerusalem Syndrome is considered to be a medically valid diagnosis. Instead, experts understand the affliction as an extension of pre-existing psychotic issues such as schizophrenia.

So why the religiosity of it all? According to Dr. Mark Serper, a psychologist at Hofstra University, it has to do with upbringing and self-selection.

“When I was at Bellevue, we had patients come from California, and it was like why, why did you take the bus — these were patients with schizophrenia with very little resources but they took the bus across the country to come to Bellevue,” Serper told ATI. “They said ‘Well, I’m sick so I wanted to come to Bellevue, that’s the place you want to be if you have a mental illness.'”

“[Jerusalem Syndrome] reminds me of that. If you feel particular urges, or a particular sense of religiousness that you’re going to want to be Jerusalem if that affects part of your culture — that’s like your mecca. Just like Bellevue was the mecca of psychiatric hospitals in folklore. People would come to it from distant parts of the country because they figured that was the place to go. It kinda reminds me of that in a secular way, that people in our society would do that.”

If you enjoyed learning about Jerusalem Syndrome, check out five more creepy mental illnesses before reading about all the weird ways doctors tried to cure them.