Colombo family mobster Sonny Franzese hung out with Frank Sinatra, financed the pornographic film Deep Throat, and killed more people than he could even remember. 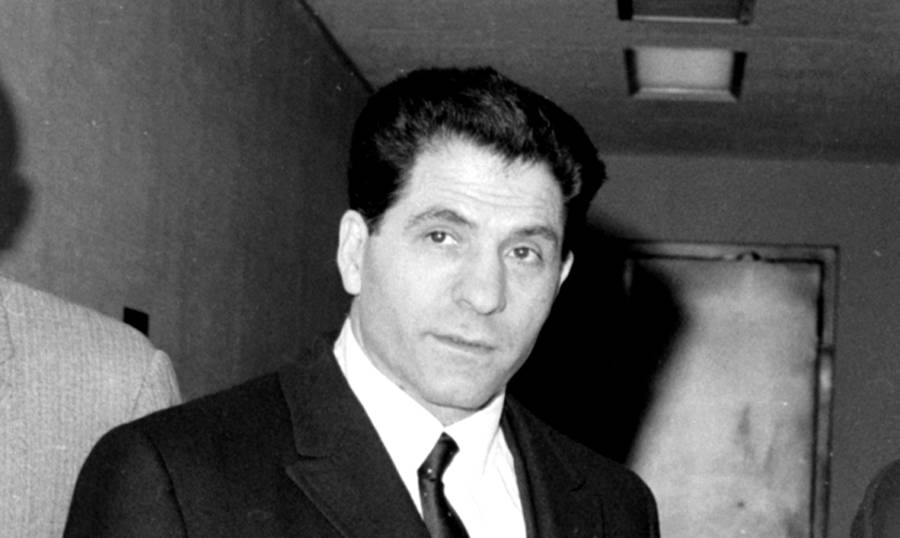 John “Sonny” Franzese, who was one of the deadliest, richest, and longest-living Mafia bosses, died on February 25, 2019. He was 103 years old.

According to his son Michael, he passed away in a hospital in the New York area, but no further details were given. Franzese’s death comes nearly three years after he was released from prison due to his advanced age.

Active in the criminal underworld well into his 90s, Franzese was convicted on federal charges of running extortion rackets in New York in 2011. He was 93 years old at the time.

“He knew Frank Sinatra in his heyday,” a CBS News article described the New York mobster’s conviction. “And he’s likely to die behind bars.”

But despite the odds, that wasn’t the case. In 2017, at the age of 100, the underboss of the Colombo crime family was released early from a prison sentence that would have capped off his turbulent life of crime.

The Rise Of Sonny Franzese

Born in 1917 and raised in New York City, John Franzese grew up during a boom era for organized crime — and it didn’t take long for him to get involved himself.

Franzese was 21 when he was arrested for the first time on charges of assault in 1938. His violent inclinations didn’t cease there. A few years later, during World War II, he was discharged from the Army due to his “homicidal tendencies.”

Afterward, John Franzese joined the Colombo crime family under boss Joseph Profaci. Over the course of the ensuing decades, Franzese cemented his reputation as one of New York’s flashiest mobsters.

While participating in a slew of criminal activities including racketeering, loansharking, and murder, he lived a glamorous lifestyle. Franzese was a well-dressed regular at the Copacabana nightclub, where he spent lavishly and hung around with the likes of Sammy Davis Jr. and Frank Sinatra. 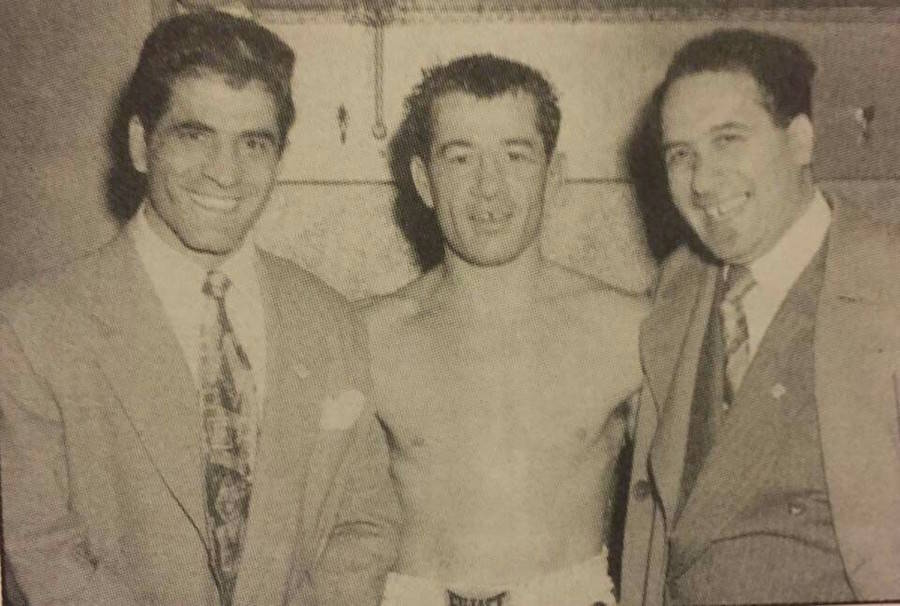 “He is largely responsible for the glamorization of the Mafia over the past century,” said Assistant U.S. Attorney Cristina Posa after his 2017 release.

Meanwhile, this movie star of a mobster even got involved in the film business himself as a financier for both The Texas Chain Saw Massacre in 1974 and Deep Throat, the infamous 1972 pornographic film that shared its name with the informant who helped The Washington Post break the Watergate scandal.

Franzese also got involved in the music industry of the 1960s and 1970s, financing recordings by the likes of The Isley Brothers and Curtis Mayfield, while also using this business to launder his illicit mob earnings.

In addition to his interests in the entertainment industry, John Franzese also became notorious for his racketeering, fraud, and loansharking schemes. One F.B.I. report from 1965 described Franzese, then underboss of the Colombo family, as “the fastest growing and most prominent shylock in the Greater New York area.”

By the mid-1970s, John Franzese was widely believed to be one of the Mafia’s biggest earners since Al Capone, taking home between $1 million and $2 million a week.

Though he evaded capture for years, Sonny Franzese’s criminal ways did eventually catch up with him — but not before he skated by the law one more time.

In 1966, he was charged with murdering a rival gangster and dumping the body into a bay after chaining cement blocks to the victim’s feet. However, Franzese ultimately beat the case.

But then, in 1967, he was convicted for his involvement in a bank robbery and sentenced to 50 years in prison. After the sentence was announced, Franzese’s estranged wife told reporters, “I’d be shocked if he doesn’t live to 100. That man can do jail time standing on his head.” 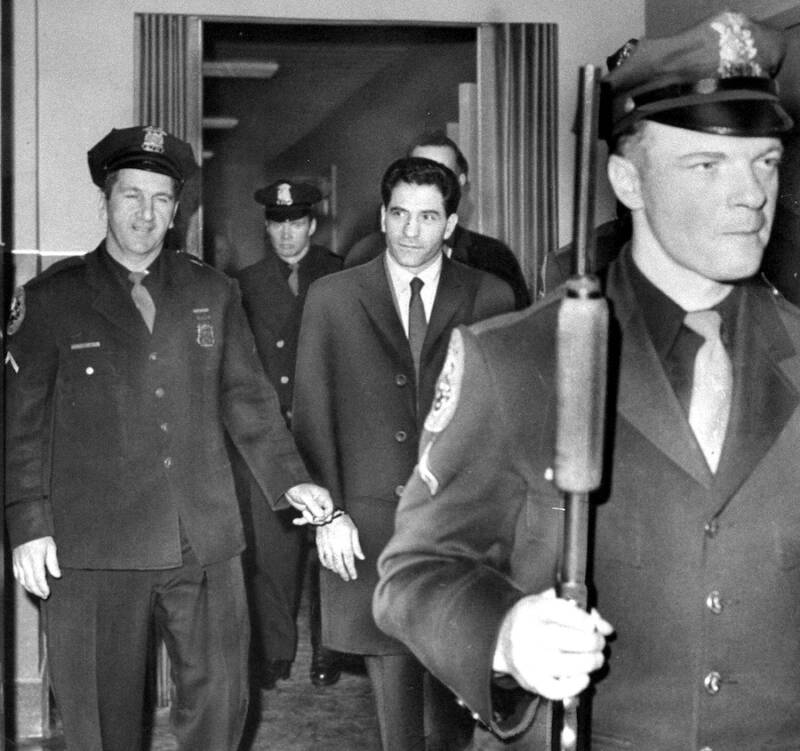 Getty ImagesJohn “Sonny” Franzese is escorted by police in 1967.

Not only was she ultimately proven right on both counts, but Franzese didn’t even have to finish that prison term. He was released on parole in 1978 (why exactly he was released so early remains unclear). But after violating parole by associating with known mobsters, he was placed back in prison in 1982 — only to be inexplicably paroled again in 1984.

From then on, Franzese wasn’t charged with another crime again — until 2008, when he was arrested along with eight other Colombo mobsters. Their collective charges included racketeering, gangland hits, the theft of fur coats in New York, and a home invasion in Los Angeles — with Franzese held responsible as the underboss of the crime family.

To be sure, John Franzese wasn’t leading a quiet life between his 1984 parole and his 2008 arrest. Following that arrest, plenty of macabre and lurid stories came to light.

For one, investigators said that Franzese had largely been able to avoid murder charges because of his knack for making bodies disappear. In 2006, a fellow gangster secretly wearing a wire as an F.B.I. informant caught Franzese on tape describing his favorite was to dispose of corpses: dismember them in a kiddie pool, then cook them down in a microwave before stuffing them into a garbage disposal.

As for how many people John Franzese killed and disposed of this way, that remains uncertain. Authorities believe he was responsible for the murders of 50 to 100 people. As for Franzese’s own estimate, he killed too many to remember them all but was caught on tape saying, “I killed a lot of guys – you’re not talking about four, five, six, ten.” 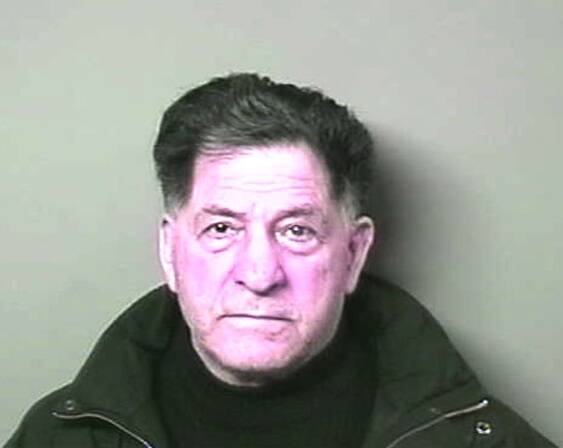 Nevertheless, murder wasn’t the case that authorities were able to use to bring Franzese down. Following the 2008 arrest, it was the racketeering charges that stuck, allowing authorities to take Franzese to trial.

In 2010, the jury convicted him of extorting money from two Manhattan strip clubs and running a loansharking operation. It was the testimony of his own son (an accomplice-turned-informant) that sealed the prosecution’s case.

At the trial, John Franzese Jr. told jurors not to be fooled by his elderly father’s frail appearance (he was dubbed “the Nodfather” by the press due to his habit of dozing during the trial). This man was a hardened criminal who needed to pay, regardless of his age.

After the 93-year-old Sonny Franzese was convicted, he was sentenced to eight years in prison, where he was widely expected to die of old age.

While in prison, Franzese suffered from maladies that could have brought his story to an end (including kidney disease and high blood pressure), but he beat the odds each time. And on June 23, 2017, thanks to good behavior and credit for time served, the 100-year-old Franzese was released from prison. 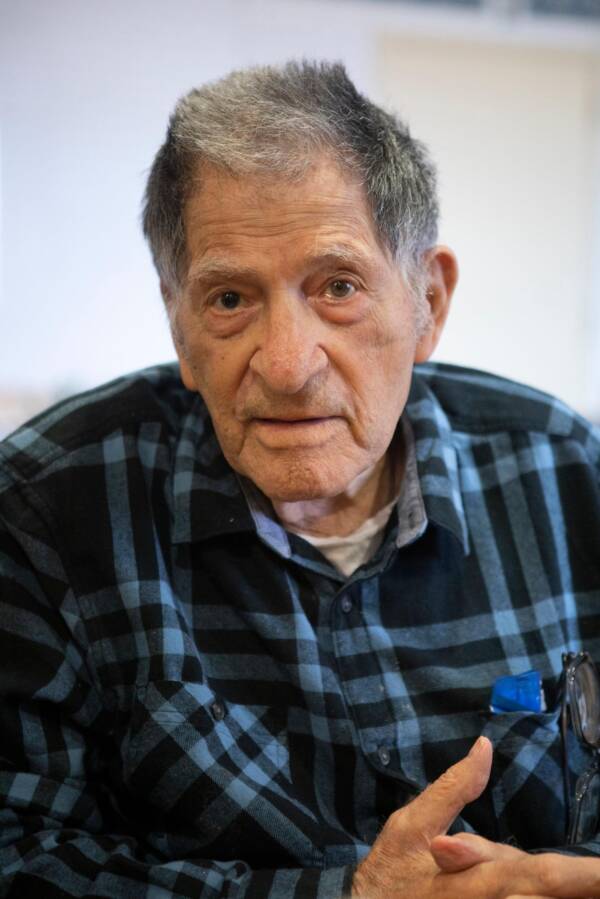 He had been the oldest inmate in the federal prison system, but now he was free and on his way to spend time at his daughter’s home in Brooklyn. Though frail, he was all smiles. Once again, John Franzese had beaten the system.

But just like everyone else, he couldn’t beat death.

Though it’s unclear exactly how John Franzese died, it is clear that his death closes yet another chapter in the ongoing history of gangs in New York.

However, this certainly doesn’t mean the end of the Colombo crime family. While Franzese’s son Michael renounced his ties to the Mafia in 1995, he later told The New York Times that he was aware his father had approved an order from family leaders to kill him for leaving.

“My father was a chameleon,” Michael said. “At home, a loving father and husband, but on the street, a hard-core guy who never had regrets, never would admit to any crime, never give anybody up, never violate his Mafia oaths — a mobster all the way.”

After this look at John “Sonny” Franzese, check out these astounding facts about Al Capone. Then, have a look at some John Gotti facts that tell the story of “The Dapper Don.”