Two prior attempts to find the suspected secret chamber proved to be inconclusive. 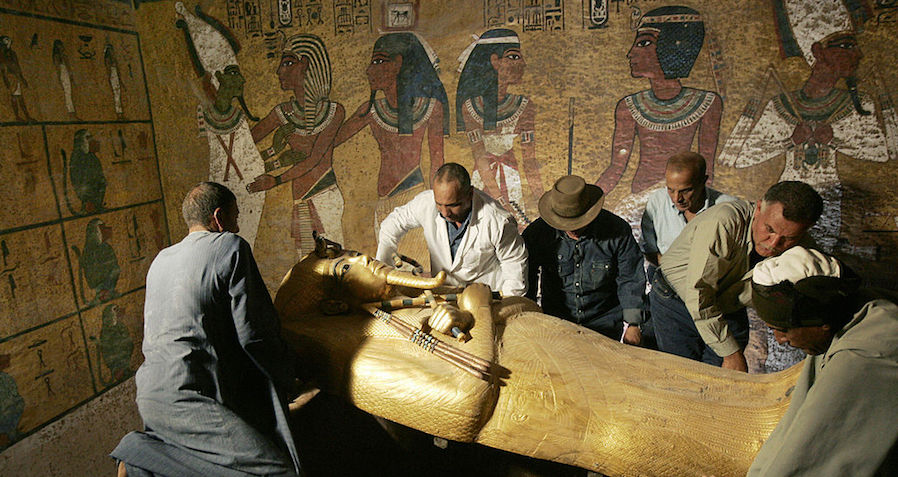 Researchers are returning to King Tutankhamun’s tomb one more time.

An Italian research team from the Polytechnic University of Turin has recently announced a plan to search for a secret chamber inside King Tutankhamun’s tomb using advanced ground-penetrating radar technology.

“It will be a rigorous scientific work and will last several days, if not weeks,” said Franco Porcelli, the project’s director and a professor of physics at Polytechnic University, to Seeker. “Three radar systems will be used, and frequencies from 200 Mhz to 2 GHz will be covered.”

The survey is part of a larger project to geophysically map out the Valley of the Kings, which was the principal burial place for Egyptian royalty for nearly 500 years from the 16th to 11th century BC.

The ground-penetrating technology includes sensors that measure electric resistance and magnetic induction, allowing the team to form a tomography “map” that can see up to 32 feet underground.

The researchers plan to begin scanning the tomb by the end of February. It will be the third time that a research team has used radar to study King Tut’s tomb in the last two years, and an effort that hopes to bring definitive closure to the search for the proposed secret chamber.

“Who knows what we might find as we scan the ground,” Porcelli said. “This will be the final investigation … We will provide an answer which is 99 percent definitive.”

In 2015, a British Egyptologist from the University of Arizona proposed that Queen Nefertiti, the wife of Tutankhamun’s father, was buried inside a hidden chamber somewhere in King Tut’s tomb.

The theory goes that the Egyptians were still building King Tut’s tomb when the pharaoh died, and so they buried him in what was originally the tomb of Queen Nefertiti — who had died ten years earlier — meaning that her remains should be located near Tut’s.

If this is true, it would mean that ancient ransackers very likely would not have been able to rob the suspected riches of Queen Nefertiti’s tomb, and they could still be there now.

In addition to the University of Arizona study, a Japanese radar specialist Hirokatsu Watanabu conducted scans in 2015 that hinted at two concealed chambers, on the north and eastern walls, but a National Geographical Society follow-up scan failed to replicate his results.

This back and forth has caused Egyptian antiquities minister Khaled El-Enany to state that no invasive exploration will occur inside the tomb and that researchers will be limited to radar scans, according to Seeker.

“It is essential to perform more scans using other devices and more technical and scientific methods,” El-Enany said. He added that no conclusive data proving the existence of another chamber had emerged yet.

Next, check out these photographs showing the first look inside King Tut’s tomb, before reading about the archaeologist who believes that he has uncovered a wealth of secrets inside the tomb.