Experts have not only discovered the most northern settlement of the paleolithic era ever found, but direct evidence that ancient hunters managed to slaughter woolly mammoths there. 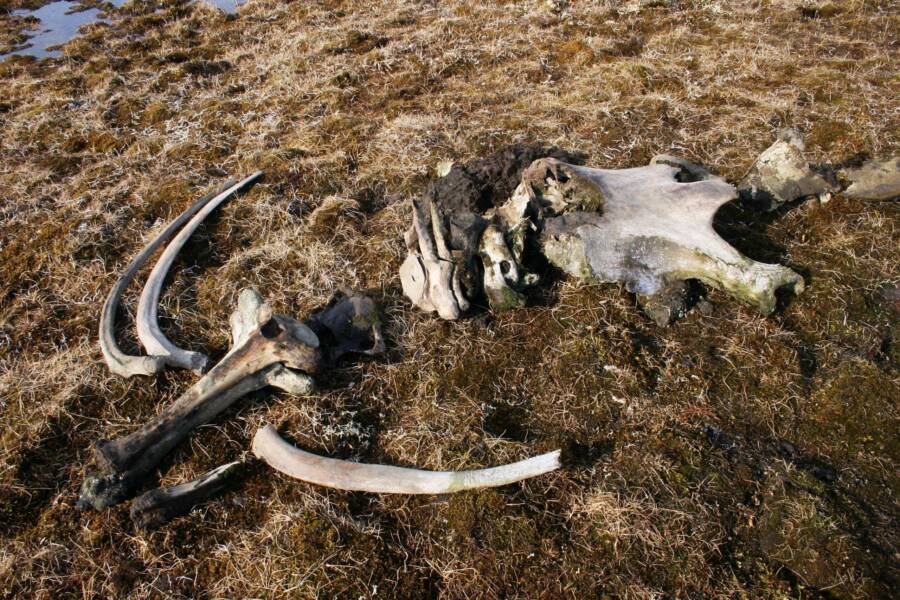 I.S. Pavlov.Discovered in 2019, the find will soon be detailed in a scientific journal.

In 2019, the Siberian Branch of Russia’s Academy of Sciences made a staggering discovery on the remote island of Kotelny. Over 600 miles north of the Arctic Circle and off the coast of Yakutia, the coldest inhabited region on Earth, Kotelny’s frozen grounds have revealed the northernmost Paleolithic settlement ever found.

Moreover, the Stone Age Archaeology Department of the academy’s Institute of Archaeology and Ethnography found overwhelming evidence that ancient humans hunted and butchered woolly mammoths at the site.

“This is a unique event for the Arctic and world archaeology,” said lead researcher Alexander Kandyba. “The mammoth was butchered by people. A large number of processed bones and tusk fragments were found. There are linear cuts, traces of chopping blows on the vertebra.”

Kandyba also noted that ancient people “used a wide range of tools for cutting,” and that the research team discovered a large number of tools next to the preserved and processed bones of woolly mammoths.

“There is not a single bone that would be without traces of human impact,” Kandyba said. “In particular, we now know how they butchered a mammoth.” 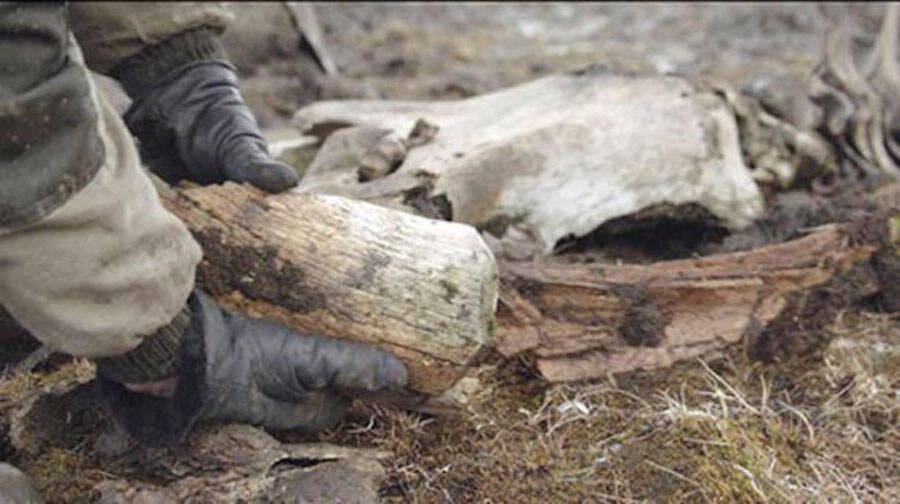 As the third-most frequently depicted animal in ancient cave paintings, woolly mammoths were in high demand for early humans. Mammoth flesh made for an abundant source of protein, while their furry coats were waterproofed by the sebaceous oil their glands secreted — and made for warm Ice Age clothing.

Global warming and the rise of human hunting, however, turned most of this species extinct 10,000 years ago, although pockets of woolly mammoth populations survived until as recently as 4,000 years ago on Wrangel Island. Remarkably, experts have now discovered humans hunted them at latitudes far higher than ever known.

Recovering multiple 26,000-year-old bones from the Taba-Yuryakh site, scientists have restored 70 percent of one mammoth. According to The Siberian Times, a number of tusks has indicated just how vigorously these Paleolithic hunters processed animal remains — while the dig site itself remains most astounding.

“At the moment, the Taba-Yuryakh site is the northernmost known place of human existence in the Paleolithic era,” said Dr. Albert Protopopov, head of the Department of Mammoth Fauna at the Academy of Sciences of Yakutia. 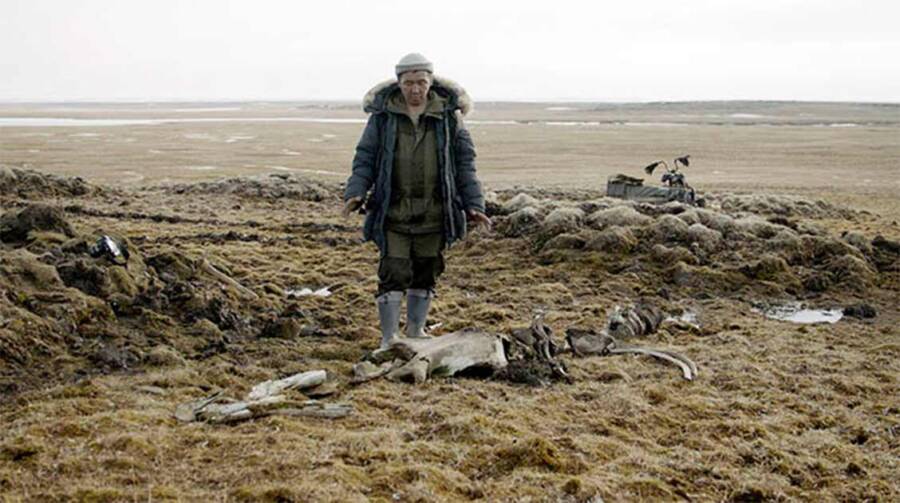 Innokenty PavlovFormerly connected to the mainland, the end of the Ice Age saw Kotelny become an island.

Spanning from the first recorded tools made by hominins 3.3 million years ago to the end of the Ice Age 11,500 years ago, the Paleolithic era was largely defined by the construction of primitive stone tools. Bands of nomadic hunters who had foraged for berries and roots were now beginning to hunt animals actively.

It certainly helped that the melting ice allowed these hunters to enter previously inaccessible areas, with grazing animals like woolly mammoths doing the same. According to ZME Science, however, not everyone is convinced that this near-complete mammoth skeleton found by Dr. Protopopov was slain by humans.

While every single bone bore marks, it’s certainly possible that animal scavengers pecked and feasted upon the carcass — or that the shifting grounds across millennia etched these marks into the bones. According to Olga Potapova, an associate researcher of the Russian Academy of Sciences, however, the types of markings on the bones make this conclusion unlikely.

She explained that the fossilized bones have thousands of cut marks on them that are in parallel form. If animals or the sediment itself had caused them, they would appear like random scratches without a pattern. Furthermore, experts found a bone object in the tusk, which suggested the use of a rudimentary human weapon. 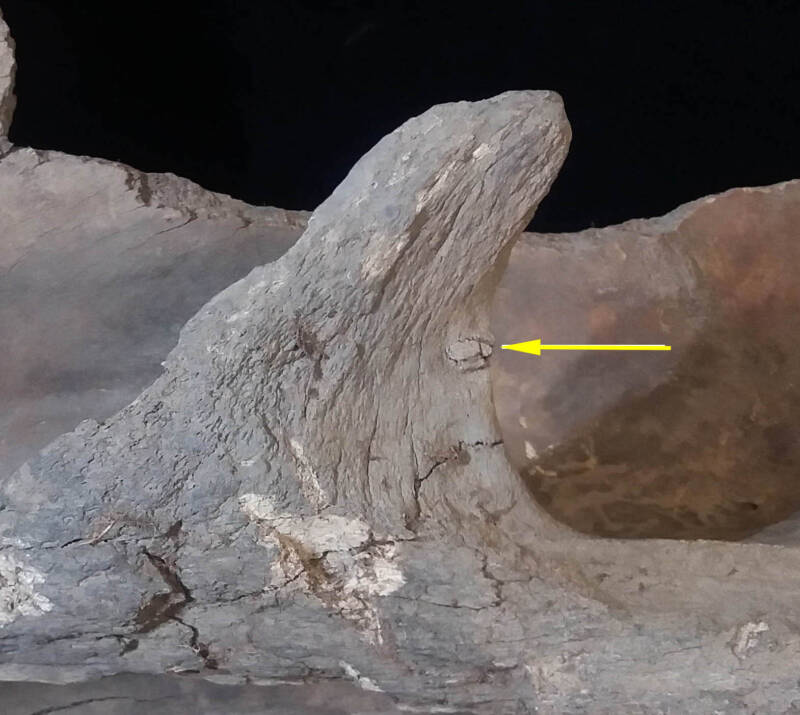 The woolly mammoth’s skull, meanwhile, was found to have been broken in the same way as 32 mammoth skulls unearthed at another Russian dig site in 2008. The conclusion there was that ancient hunters cracked the animal skulls open to feast on their brains.

As of now, however, the findings are preliminary, but the Academy of Sciences of Yakutia and Institute of Archaeology and Ethnography are planning to unveil a full report in a scientific journal to detail the results, including more evidence of human settlement on the island.

After reading about evidence of ancient hunters butchering woolly mammoths 26,000 years ago, learn about the Russian lab seeking funds to clone woolly mammoths. Then, read about the 28,000-year-old woolly mammoth cells showing signs of biological life.