Everything You Ever Wanted To Know About Lemurs

Lemurs are small prosimians, or primitive primates, best known for their huge, adorable-bordering-on-creepy eyes. They’re native only to the island of Madagascar and the neighboring Comoro Islands, and the word “lemur” comes from lemures, a Latin word that means “spirits of the night.” While lemurs are related to modern primates, they more closely resemble an older ancestor of primates which existed tens of millions of years ago.

According to Duke University Professor Elizabeth Brannon, lemurs are “deep thinkers.” They have a “sophisticated understanding of numbers,” sequencing, and abstract thinking.

While lemurs have received far less attention to date than apes and monkeys in the way of intelligence tests and scientific studies, Brannon believes that by studying this population of primates which evolved in such isolation for many millions of years, we’ll come closer to understanding how and why humans evolved to think the way we do. Isn’t it time you learned a little bit about lemurs too? 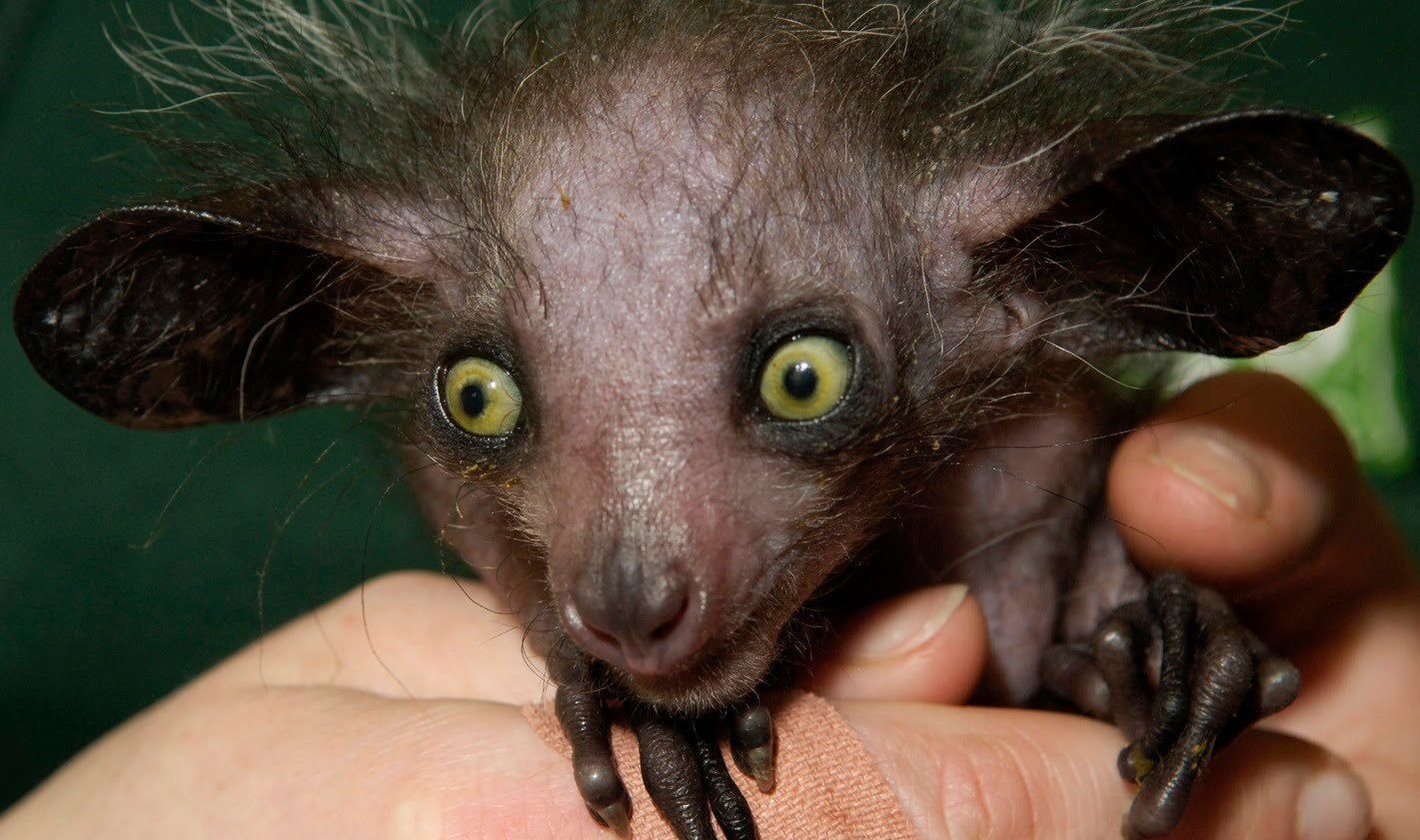 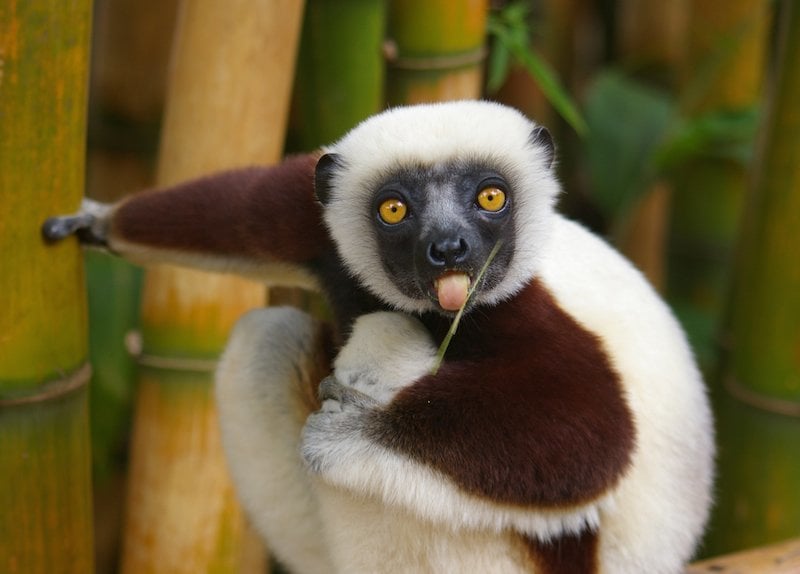 There are about 50 types of lemurs living today. Source: Becuo 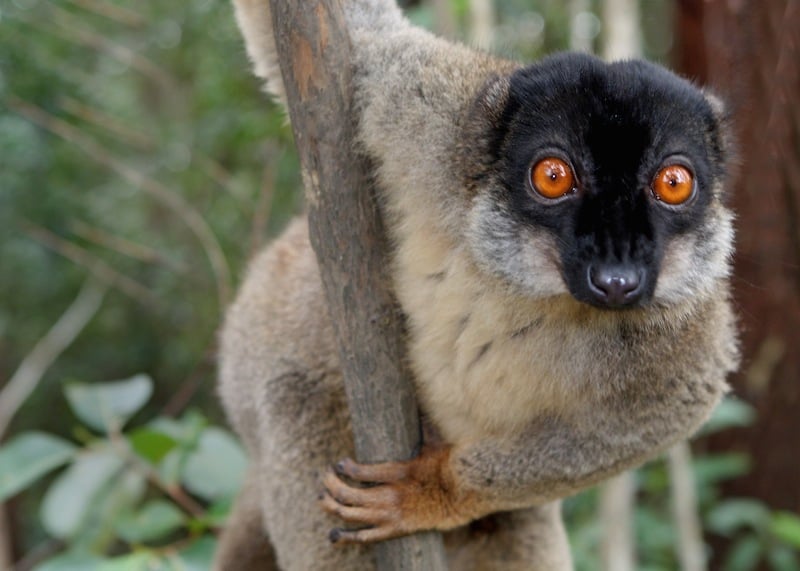 The largest type of lemur to ever live was the Archaeoindris. It was between 160 and 200 kg (350-440 lbs), or around the same size as a gorrilla. It became extinct when humans first settled in Madagascar about 2,000 years ago. Source: Wikipedia 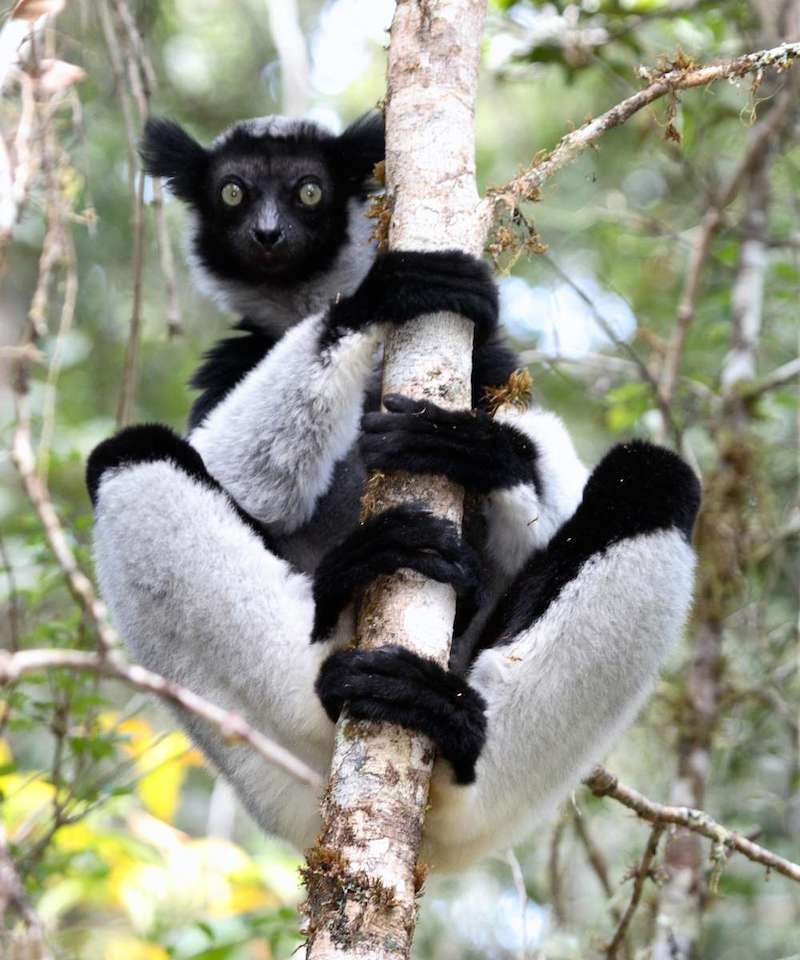 The largest lemur currently alive is the Indri Lemur. They’re about the size of a large house cat, and are the only lemur without a long tail. Indri live in pairs and mate for life. Source: Xamo Box 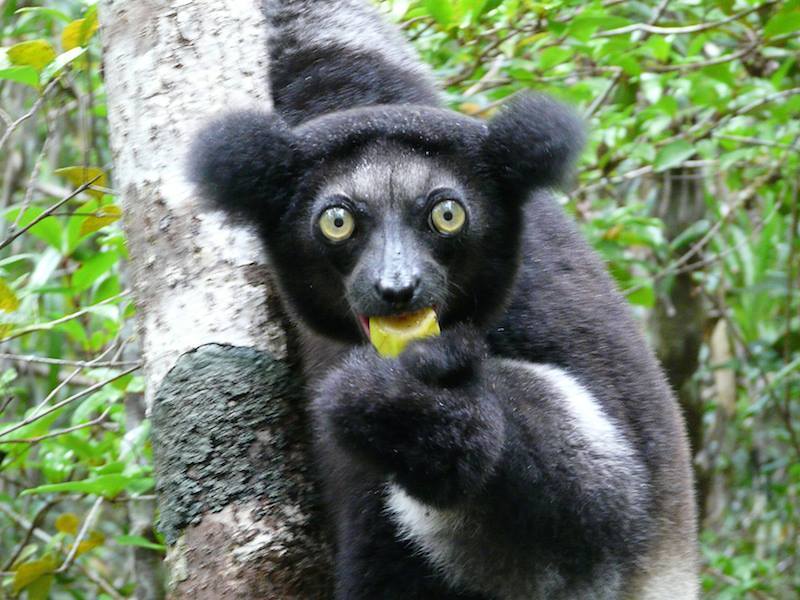 To Madagascar locals the Indri is known as “babakoto” which means “little father” or “ancestor of man,” because of its upright posture and tailless body. It’s taboo to eat this species of lemur, so the Indri is not as endangered as some of its less fortunate relatives. Source: Wikipedia 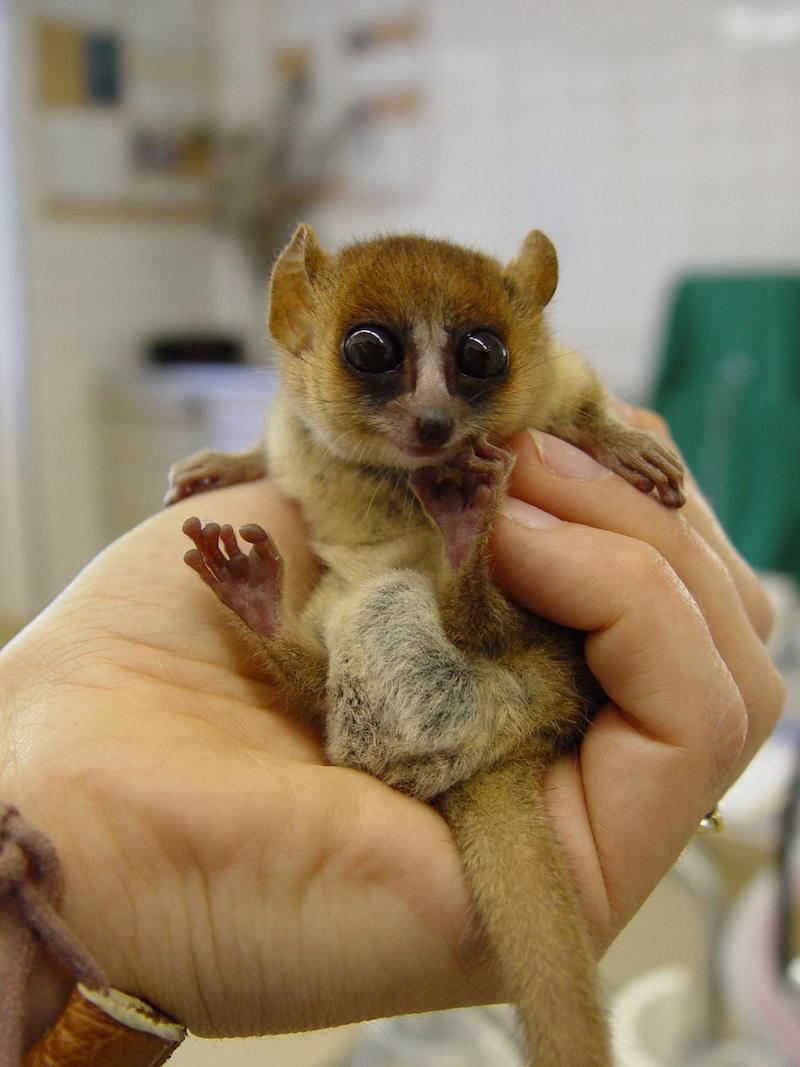 The Pygmy Mouse Lemur is the smallest lemur in the world, weighing in at only 28 grams (1 oz). Source: Gallery Hip 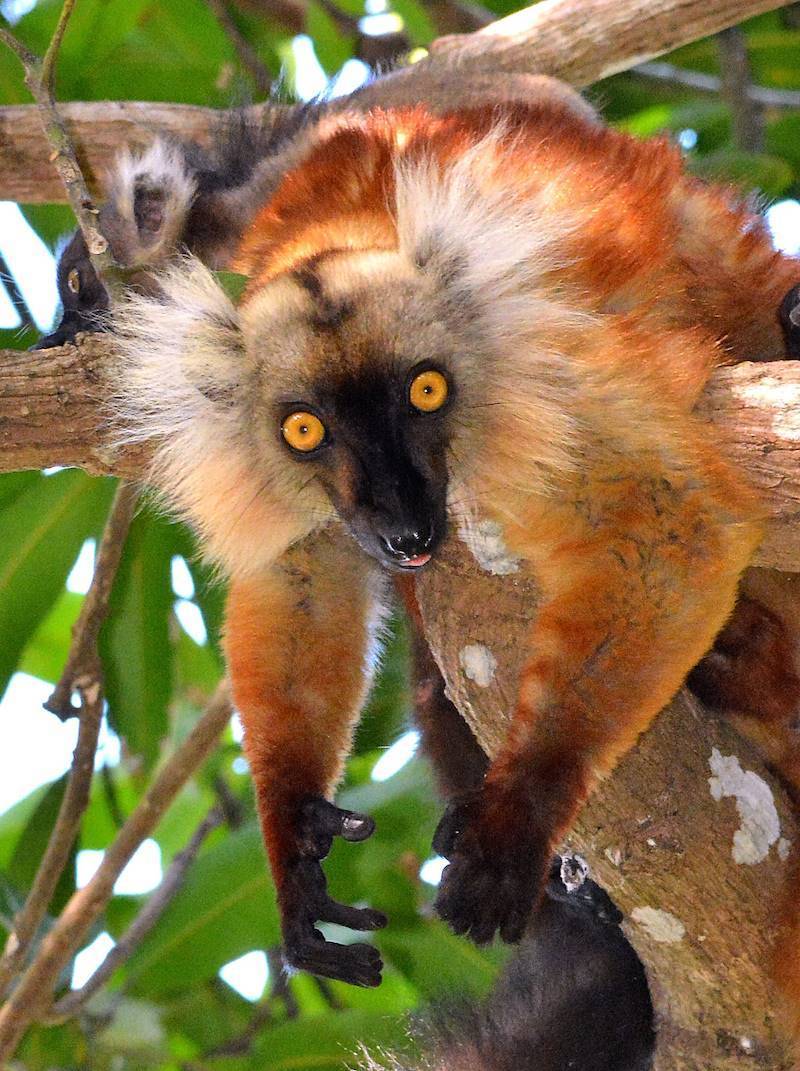 Most lemurs live in trees, and spend a majority of their time at the top of the rainforest canopy, or in the forest mid-level. Source: Flickr 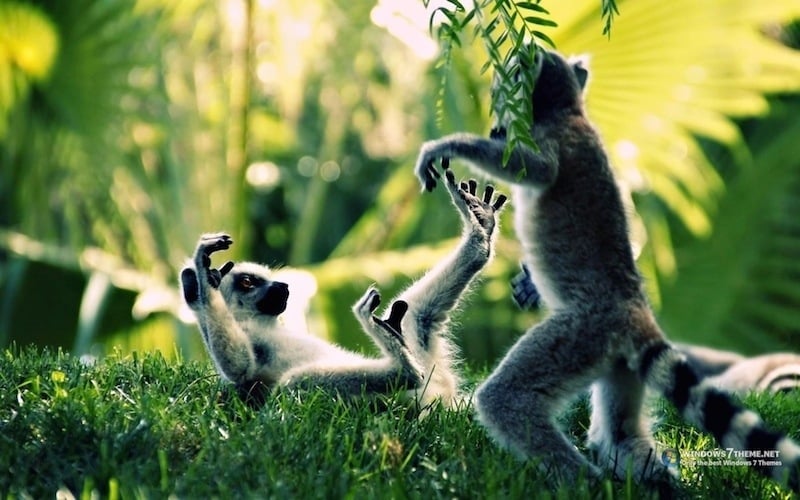 Ring-Tail Lemurs are the only lemurs that spend most of their time on the ground. They’re also best known type of lemur, and can be distinguished by--you guessed it--their striped tails. Source: Wallpaper Up 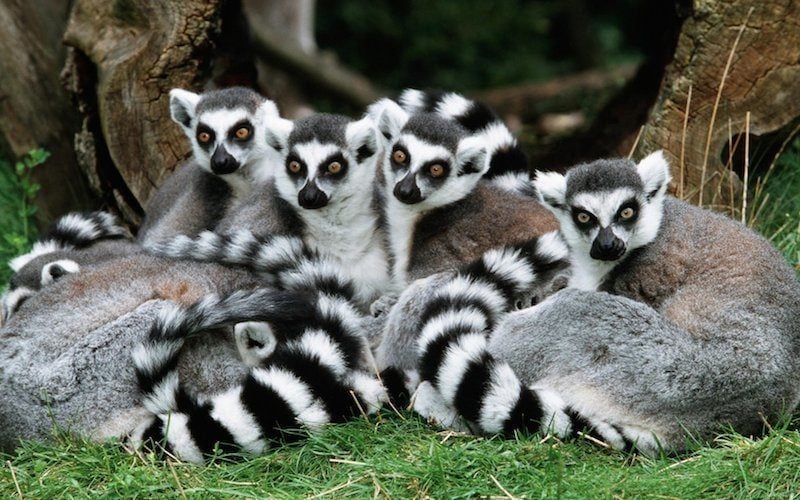 Ring-Tailed Lemurs are highly social, and tend to live in groups of 10-30 individuals. Source: Geocaching 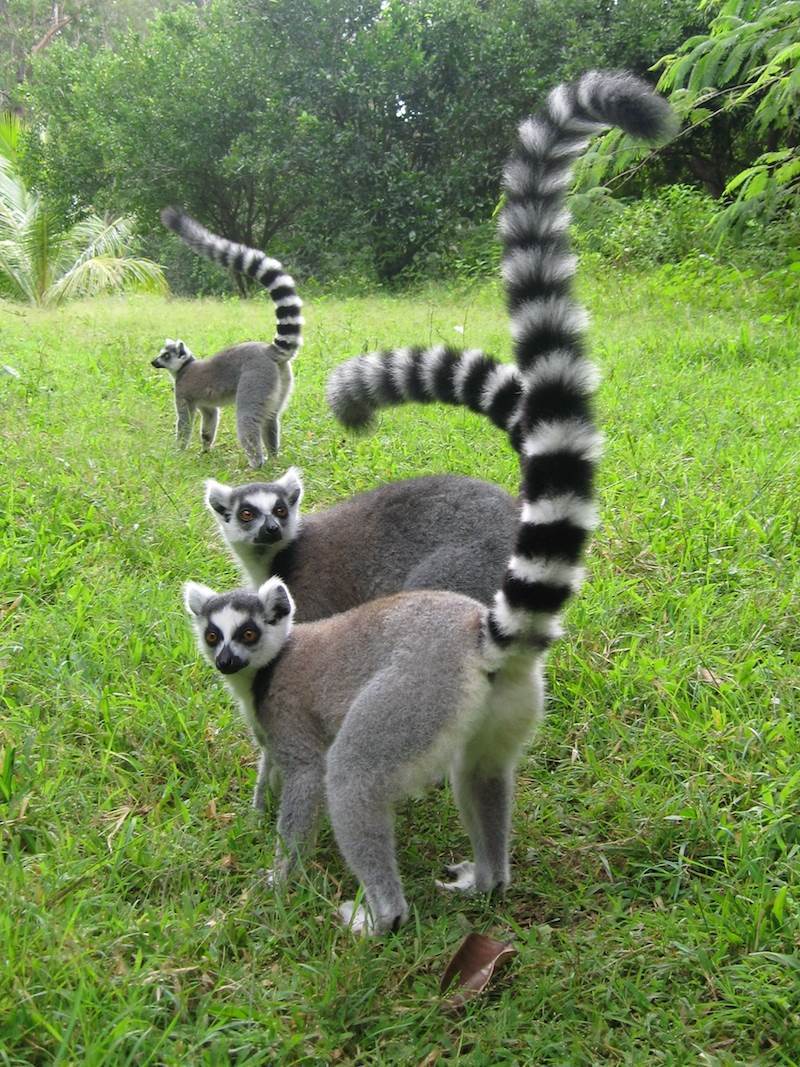 Ring-Tailed Lemurs are becoming extremely endangered as the large, dry forests they populate are increasingly being converted into farmland. Source: Wall Pho 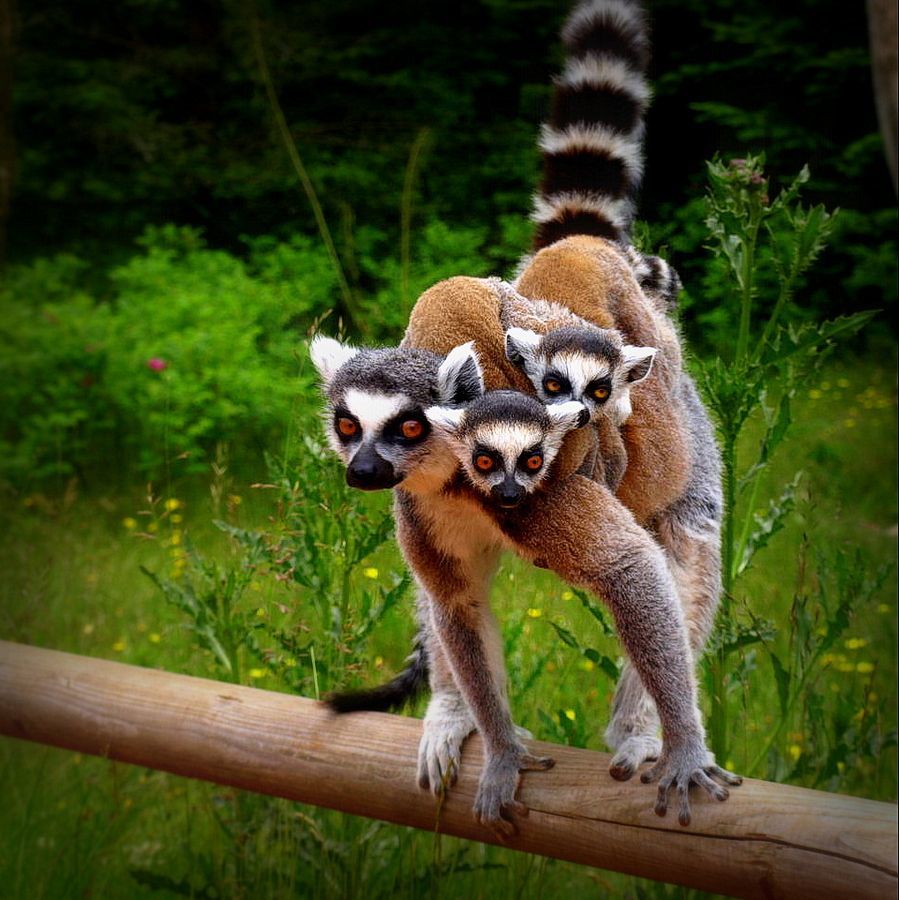 Lemurs live in matriarchal societies. A group of lemurs will have one dominant, female leader who controls their movement and chooses her mate and food before any other member of her group. Source: Stuff Makes Me Happy 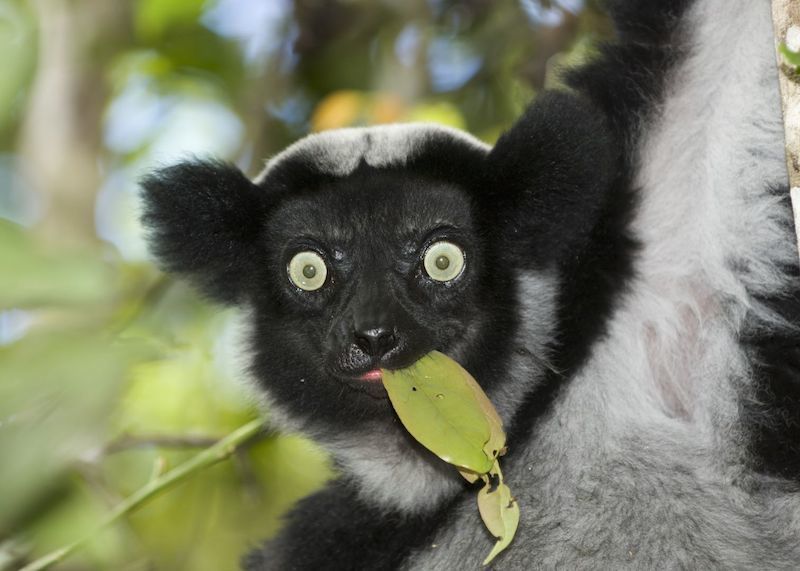 Most lemurs are vegetarian. They mainly eat fruit, but in times of shortage they will eat leaves, bark, and flowers. Source: Audley Travel 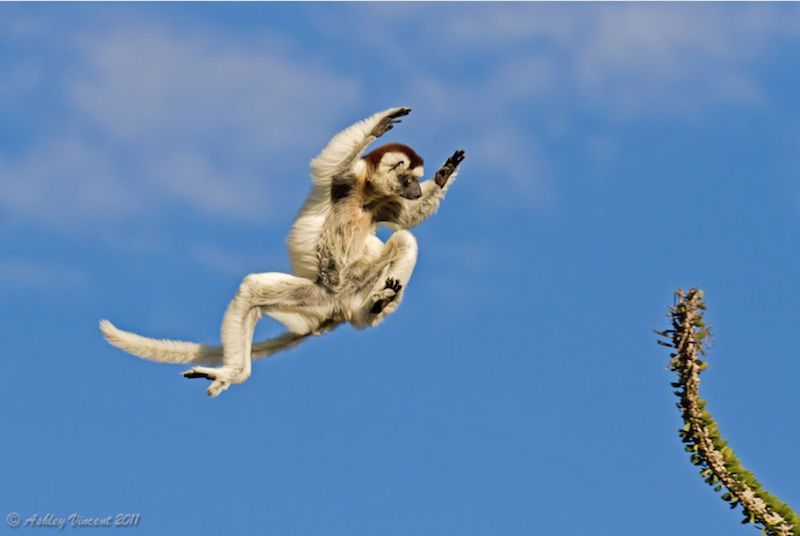 Most lemurs are diurnal (awake during the day, asleep at night). Source: Attack Of The Cute 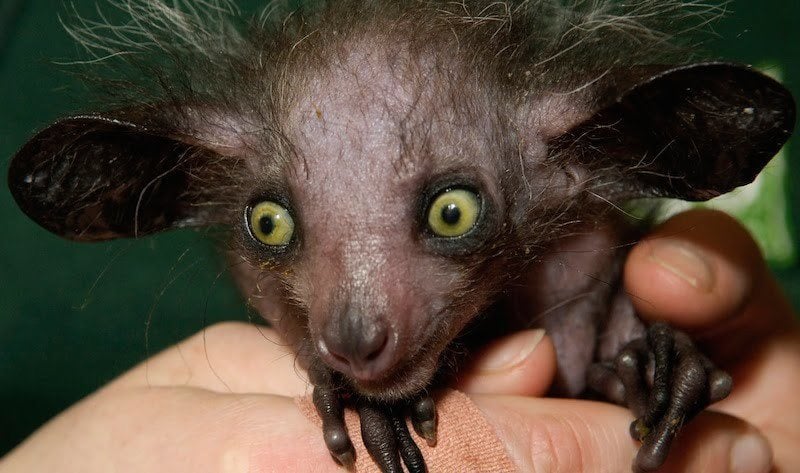 Scientists thought these strange looking little lemurs were rodents for a long time. Aye Aye Lemurs are not only unusual because of the way they look: they’re also omnivorous and nocturnal. Source: Youtube 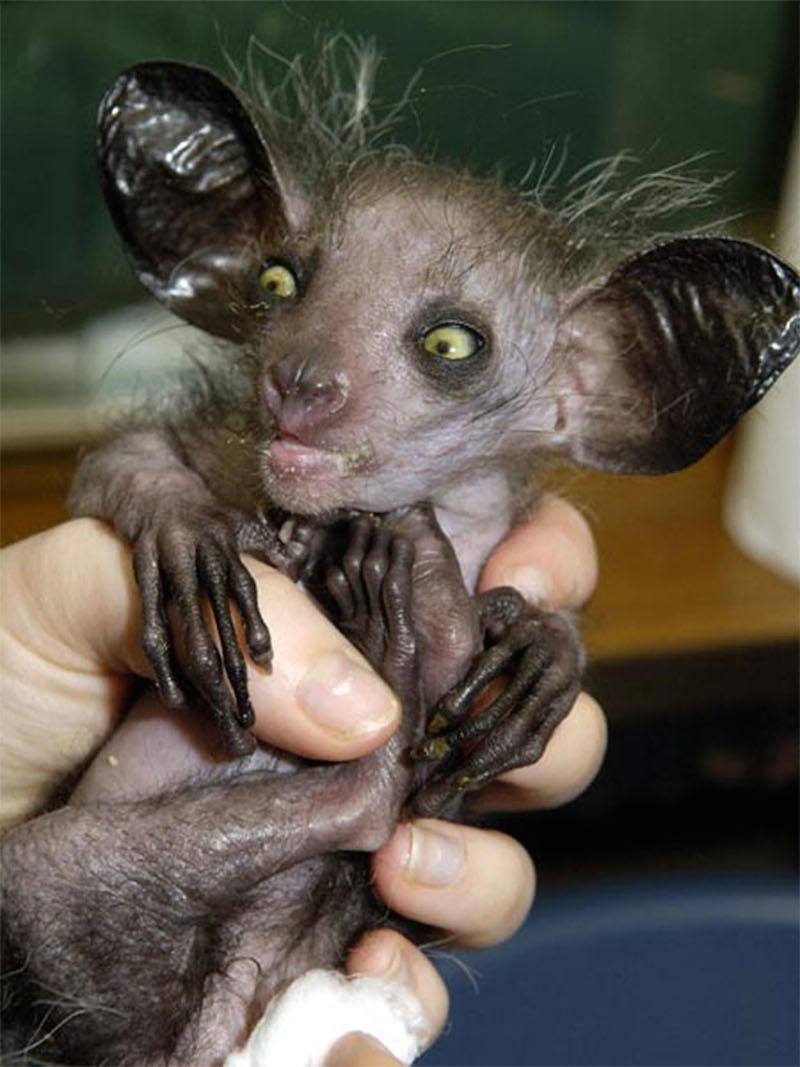 Aye Aye Lemurs are a threatened species. This is partially due to a local superstition that you must kill an Aye Aye if he/she points a middle finger at you. Source: U Need 2 Know 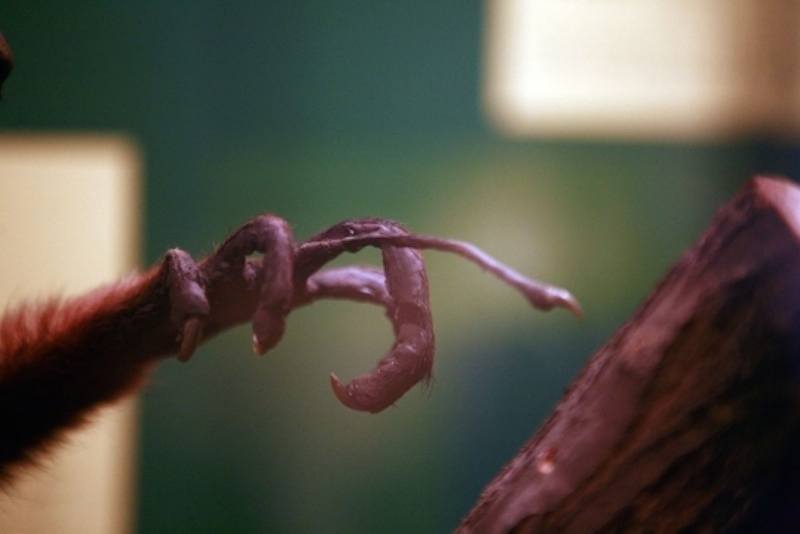 Aye Aye Lemurs have extremely long, thin middle fingers, which, like human shoulders, can rotate almost 360 degrees around. It’s packed with sensory neurons since the Aye Aye, like the woodpecker, is a percussive hunter. They tap a tree or log up to 8 times a second with their long (very creepy) finger and feel for the vibrations hollow, grub filled chambers in the wood make. Source: U Need 2 Know 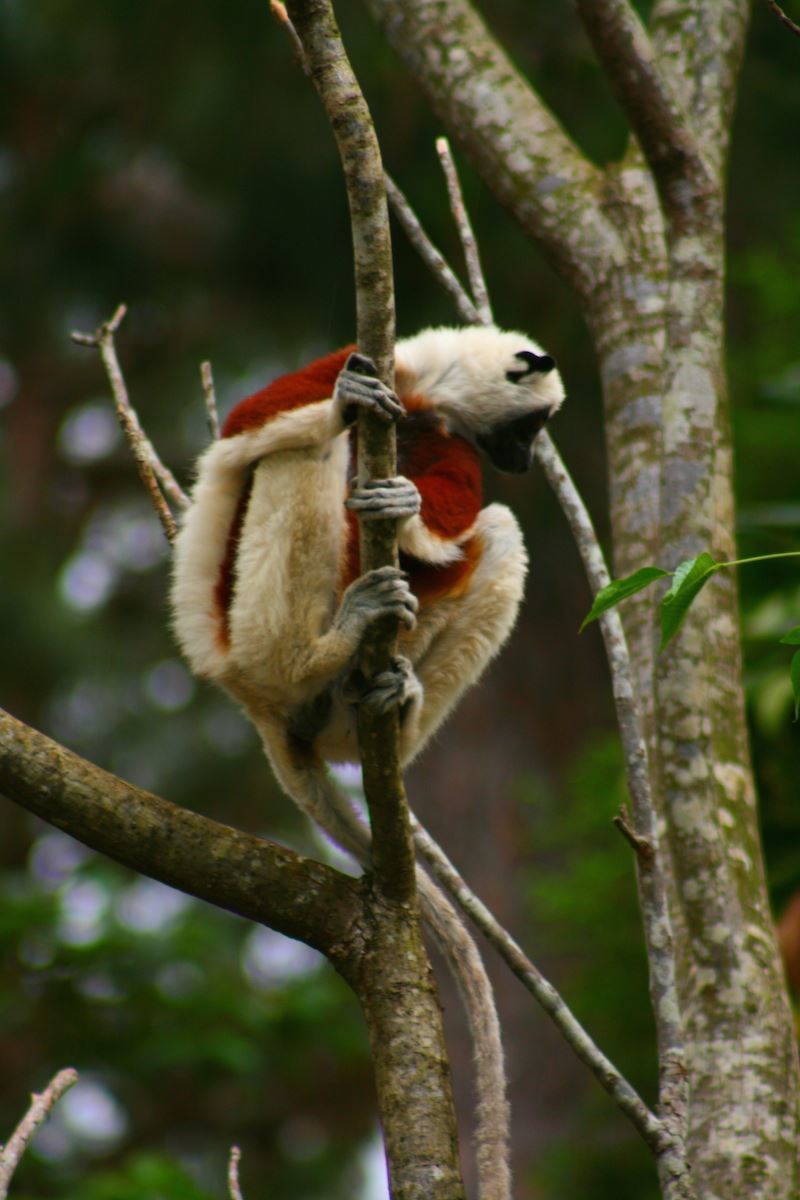 While lemurs do have opposable thumbs and big toes like their primate relatives, they cannot hang by their tails from trees like monkeys do. Source:Africa Man 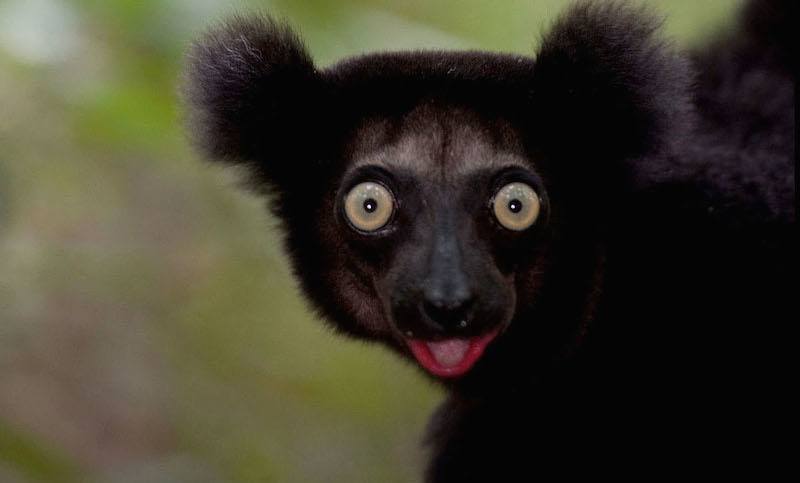 Lemurs have good senses of smell, and excellent vision, even in the dark. Source: We Are Movie Geeks