Leopard Sharks Mysteriously Dying By The Hundreds Near San Francisco

“This is just the tip of the iceberg,” said the Pelagic Shark Research Foundation. “We’re only seeing a fraction of the actual losses.” 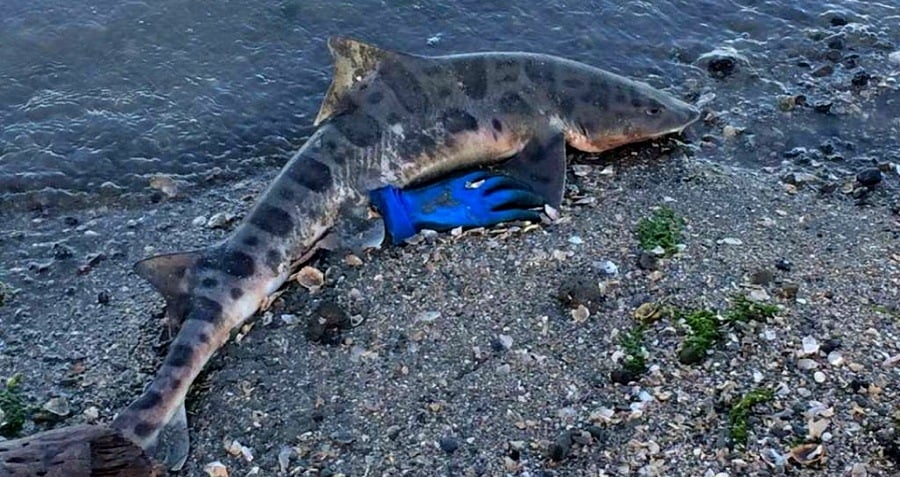 Hundreds of leopard sharks have died in the San Francisco Bay Area over the last two months, and scientists aren’t quite sure why.

Since mid-March, leopard sharks have been washing up on the shores of San Francisco, Oakland, Berkeley, and elsewhere in numbers that haven’t been seen in years. The California Department of Fish and Wildlife estimates that several hundred have already died.

Others, however, believe that the true number could actually be far higher. Sean Van Sommeran, founder of the Pelagic Shark Research Foundation, states that the number of dead leopard sharks may be in the thousands.

“This is just the tip of the iceberg,” Van Sommeran told the San Francisco Chronicle. “We’re only seeing a fraction of the actual losses.”

And as for why so many leopard sharks are dying in the first place, Van Sommeran believes that they’re getting stranded in the shallow manmade lagoons along the area’s shorelines after the municipalities close their tide gates in order to keep flood water away from homes.

Furthermore, Van Sommeran and Mark Okihiro of the California Department of Fish and Wildlife both claim that both fungal blooms in these stagnant lagoons as well as toxins seeping in from nearby ground, leopard sharks may have become infected.

Whatever the cause, the sharks are dying in numbers rarely seen in this area. Large mortality events did occur several times in the last decade, topped by the deaths of more than 1,000 leopard sharks in 2011.

But if what we’re seeing now is in fact just the tip of the iceberg, 2017 could prove to be the deadliest year yet.

Next, read up on the current East Coast whale mortality event that has left dozens dead and scientists scratching their heads. Then, see drone video of killer whales taking turns eating a shark alive.