The Story Of Lída Baarová, The Silver Screen Mistress Of Joseph Goebbels

Because of her affair with Goebbels, Lída Baarová was shamed in the press worldwide, hounded by the Gestapo, barred from acting, and eventually arrested and threatened with a death sentence. 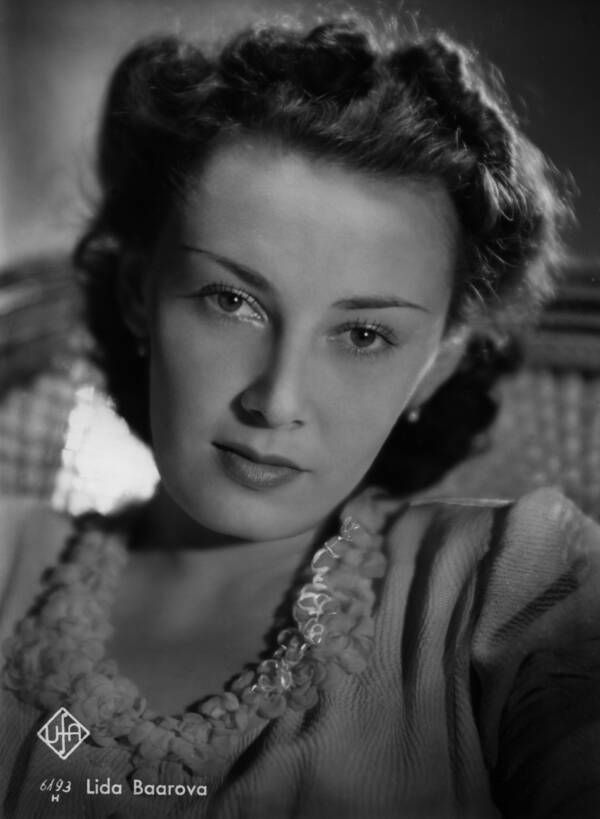 Czech actress Lida Baarová was found dead a couple days after the fact in her Salzburg, Austria, apartment in 2000, surrounded by memorabilia. Among the playbills and photographs documenting her life in the spotlight, none featured her most infamous lover: Joseph Goebbels.

“I’ve torn up all my pictures of us,” she proclaimed to a biographer late in her life. “Thanks to him, I fell into the depths of hell.”

It was logical that she’d be bitter about the notorious Nazi propagandist, whose life’s work darkly overshadowed hers. But at times, she remained strangely loyal. “Towards me,” she insisted late in her life, “his behavior was impeccable.”

Lída Baarová was born in Prague in 1914 with the name Ludmila Babková. Her mother sang in choirs and pushed both Baarová and her younger sister, Zorka, into show business. Right after enrolling in the Prague Conservatory at the age of 17, Baarová landed her first film role.

With her natural-born vivacity and charm, she was soon making a name for herself in romantic comedies and operettas. In her early Czech films, she is seen turning a somersault in bed, swimming in the nude, and clambering on top of a cabinet to warble a comedic song.

At the age of 20, with 16 films under her belt, she was on her way to star in Barcarole at UFA, the top film studio in Berlin.

In Germany’s Weimar years, Berlin was not only the capital of the Republic, but also the filmmaking capital of Europe, led by innovative directors like Fritz Lang, G.W. Pabst, and Josef von Sternberg. But when the Nazis seized power in 1933, everything changed.

At that time, Joseph Goebbels was appointed Minister of Propaganda, with total control over the news, radio, public rallies, and all the arts. He immediately barred all Jewish filmmakers, which prompted an exodus of much of Berlin’s top talent. Under Goebbels’ direction, UFA began churning out a dizzying mix of Nazi propaganda and lighthearted distractions.

In the year that Hitler was named Führer, Baarová was on a Babelsberg film set, shooting Barcarole on a fabricated Venetian canal. Her co-star was marquee idol Gustav Fröhlich, who had starred in Fritz Lang’s Metropolis. 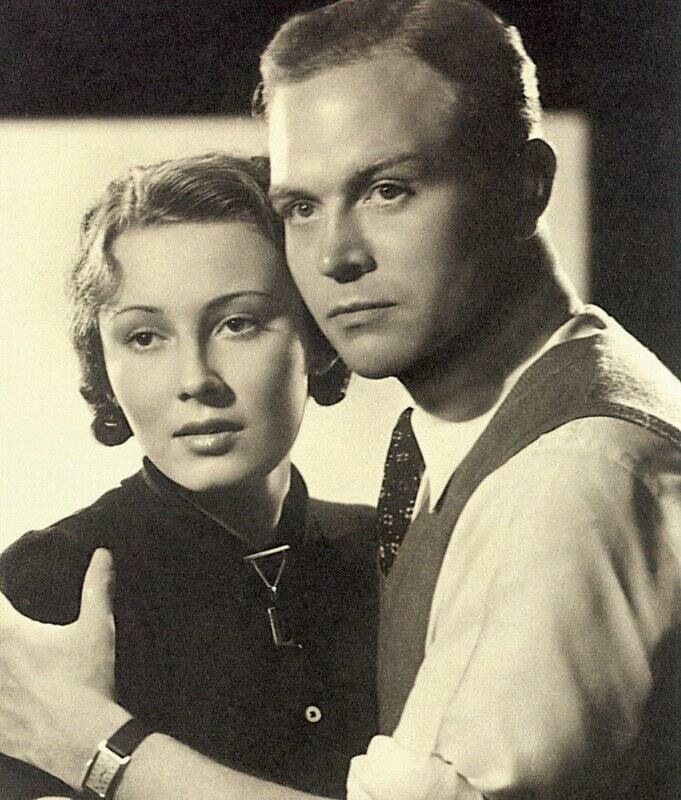 Fröhlich was married to Gitta Alpár, a Jewish Hungarian operetta star, who had fled Berlin with their daughter a few months prior to his casting opposite Lída Baarová. He was supposed to join his family in London. Instead, he and Baarová began an affair.

They moved in together and summered on idyllic Schwanenwerder, an island near Lake Wannsee. The wealthy Jewish property owners had been driven off the island and it had become a playground for prominent Nazis.

Three doors down from the adulterous couple, Goebbels and his family had taken over a villa formerly owned by a Jewish banker — and that’s where the Nazi Minister of Propaganda crossed paths with the rising German starlet. During the summer of 1936, Goebbels began wooing Baarová.

Universally feared and disliked, Joseph Goebbels was a virulent anti-Semite who held the second-highest office in the Third Reich. He and his wife, Magda, were known as the “happiest family” in Nazi Germany.

At the time that Goebbels met Lída Baarová, he had three cherubic children and Magda was pregnant with baby number four. But behind the façade of the glücklichste Familie, Goebbels was widely known as a womanizer. 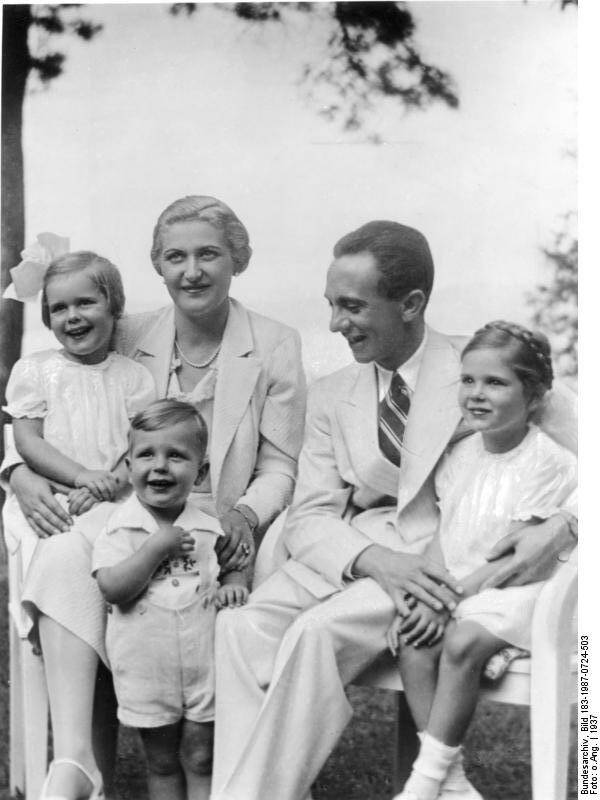 Wikimedia CommonsMagda and Joseph Goebbels with their children, 1937.

Baarová, however, was not a passing fancy. Joseph Goebbels was obsessed with her. He asked her to walk down Voss Strasse so he could adore her from his window. He wanted her to telephone him just so he could hear her breathing.

It is impossible to know how Baarová actually felt about Joseph Goebbels’ advances, but her friend and biographer Stanislav Motl gave us a hint when he wrote: “Until the end of her life, she was completely unable to say in public how it actually was with Goebbels. She battled with it within herself.”

What is known is that during their tempestuous affair, MGM offered Baarová a contract and she turned it down. For the rest of her life, she regretted her decision, lamenting that she would’ve left Europe before the start of the war. Her repeated refrain was, “I could have been as famous as Marlene Dietrich!”

Did Goebbels have a hand in her refusal? Did she turn down Hollywood because she was in love?

A Scandal In Nazi Germany

Baarová and Goebbel’s grand love affair came to an abrupt end in 1938. By then, Hermann Göring was tapping Baarová’s phone and relaying steamy tidbits to Hitler.

Torn between his passion for Baarová and his duty to maintain family values as a prominent member of the Reich, Joseph Goebbels decided to bring his wife and his mistress together, and he proposed an arrangement.

But Magda wasn’t having it: She demanded that he choose between the two of them. Then, the actor Fröhlich beat Goebbels up in a jealous fit.

Laid up with bruises on his face, Goebbels tried to cover up his disappearance by claiming that he was recovering from intestinal flu. Magda marched right to Hitler, desperate to obtain permission to go to Denmark and obtain a divorce.

Somehow, the events were leaked to the New York Daily News. Baarová’s affair with Goebbels was splashed on the front page of newspapers throughout the world, and Hitler was furious.

He banned Baarová from UFA and ordered Goebbels to reconcile with his wife. A public reconciliation was filmed at UFA with the entire family. Magda immediately got pregnant again with baby number five. 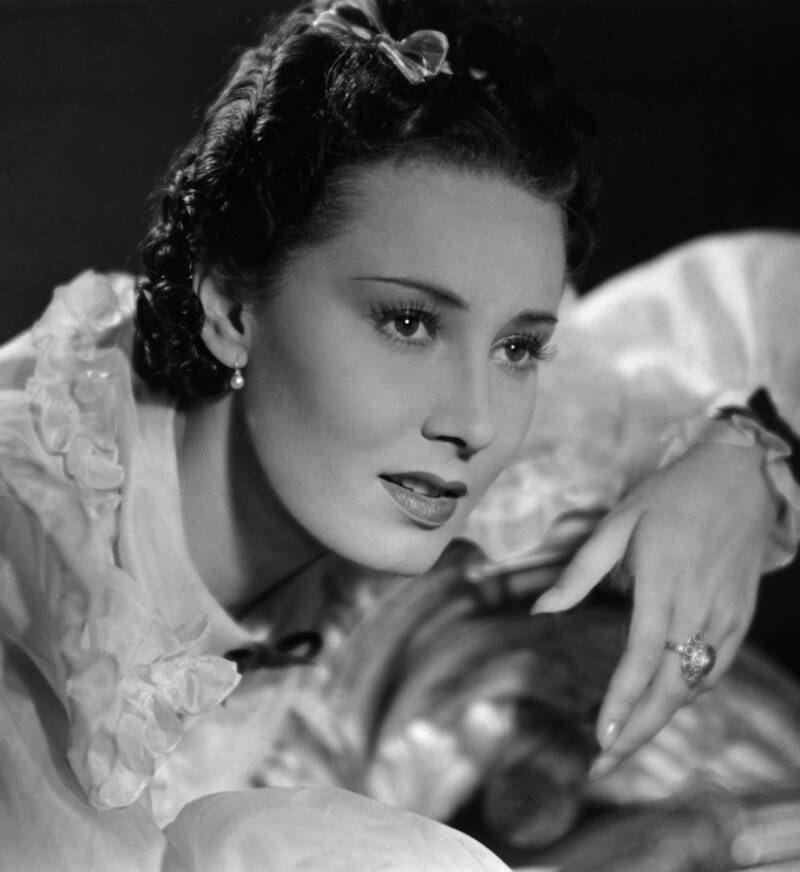 Meanwhile, the Gestapo called Baarová into their office and forbade her from attending public events. Defying their orders, she arrived at the premiere of her film Der Spieler (The Gambler) to encounter a gauntlet of people shouting, “Whore! Whore!”

The film was continually disrupted by hecklers. At her line, “Where shall I get the 36,000 marks?”, someone jeered, “Go to your friend, Joseph!” After two days of further wisecracks and abuse, Der Spieler was pulled from distribution.

Lída Baarová had also just completed A Prussian Love Story, which depicted the doomed love affair between Wilhelm I and Elisa Radziwiłł. Seen as a thinly veiled depiction of her affair with Goebbels, it was banned from theaters and ultimately not released until 1950.

Arriving in Nazi-occupied Czechoslovakia, she found her sister, Zorka Janů, in pre-production for Ohnivé Léto (Fiery Summer). She joined the cast of the film, which echoed her recent experience in its story about a doomed love triangle. She also played an 18th-century countess who steps out of a painting in one of her best-known films, Dívka v Modrém (Girl in Blue). 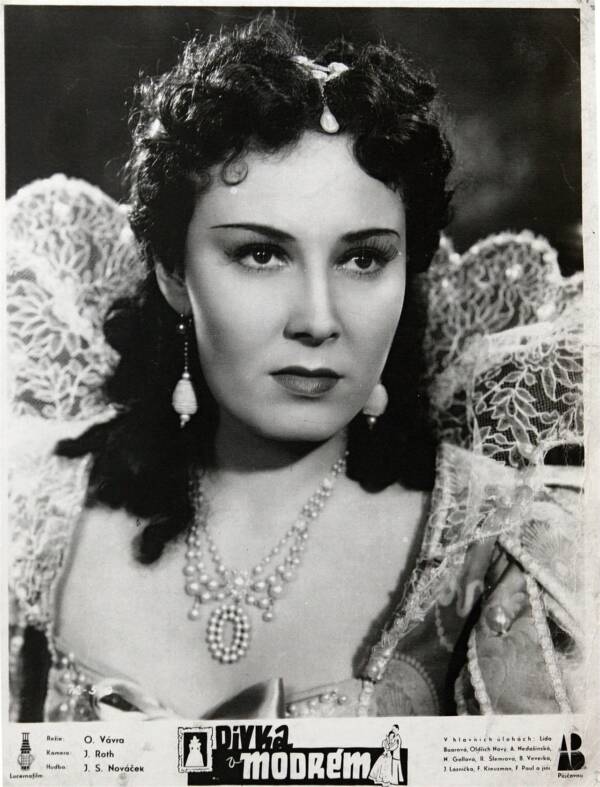 Seeking more ambitious projects, she traveled to fascist Italy and found work in several films, including L’ippocampo (The Hippocampus) directed by Vittorio de Sica. She saw Joseph Goebbels one last time at the 1942 Venice Film Festival. “He must have recognized me, but he did not make a single movement,” she later recounted. “He was always the master of self-control.”

Lida Baarová: Her Fall And Her Redemption

When World War II ended, Lída Baarová immediately attempted to return to Berlin. Arrested at the border by U.S. military police, she was extradited to Czechoslovakia. For 18 months, she faced a death sentence in Pankrac prison, trying to survive on the barest of rations.

After being released for lack of evidence, she learned that her family had been persecuted because of her association with Goebbels. Her mother had died of a heart attack while being interrogated. Unable to face the contempt of her colleagues, her sister had jumped out of a window and committed suicide. 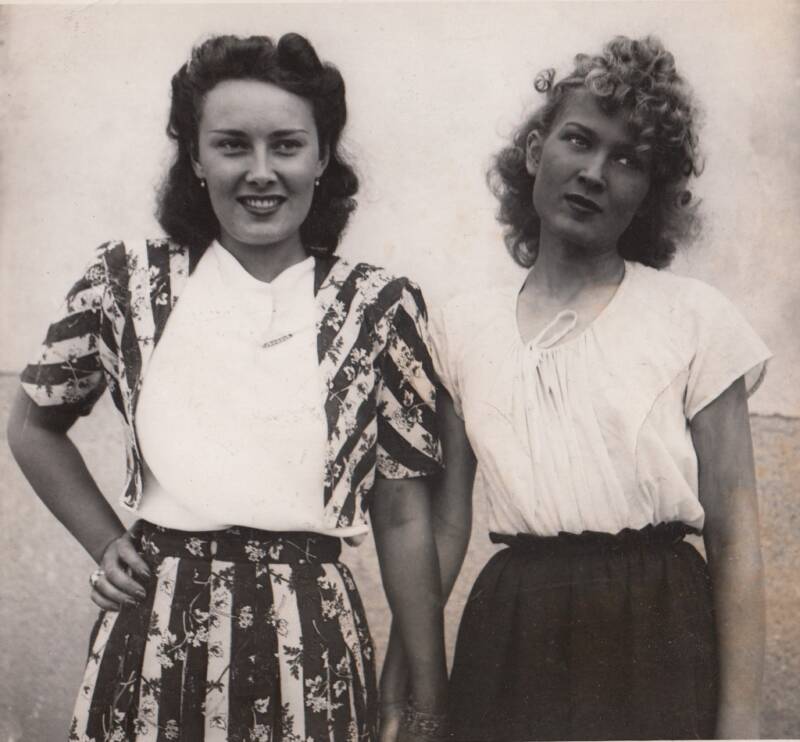 While other actors of her era managed to resuscitate their careers after the fall of the Third Reich, Lída Baarová never escaped the shadow of the Nazis. She did continue to work. She was even cast in prestigious films like I Vitelloni directed by Federico Fellini. Rainer Werner Fassbinder gave her a role in the touring production of The Bitter Tears of Petra von Kant.

Still, she was shunned and unforgiven by many. In 1967, she was greeted at the Graz Theatre by protesters throwing eggs.

Some time in the early 1990s, after a political shift in the country, Lída Baarová returned to the Czech Republic and published her autobiography, Života sladké hořkosti (A Life of Sweet Bitterness). In 1995, she was interviewed by Helena Trestikova for a television documentary.

Smoking cigarette after cigarette, with hands shaky from Parkinson’s disease, she repeatedly circled around her unfortunate affair with Joseph Goebbels. “I loved him in my own way,’ she ruefully confessed, “I was very young and you are very susceptible at that age … He loved me so deeply, that I fell in love with love itself.”

Lída Baarová died in 2000, at the age of 86, in Salzburg. She had no children, though she was married twice after the furor over her notorious affair died down. In 2016, a film based on her life — The Devil’s Mistress — was made in the Czech Republic. It starred Tatiana Pauhofová as Baarová and Karl Markovics as Joseph Goebbels.

Now that you’ve read about the tragic life of Lída Baarová, find out about Coco Chanel’s secret life as a Nazi agent. The, learn about the facts — and myths — of Eva Braun, Hitler’s infamous consort.

Victoria Linchong
Victoria Linchong is a filmmaker and writer who enjoys going down the rabbit hole of obscure history. Her webseries A WALK AROUND THE BLOCK, which covers NYC history one block at a time, can be seen at https://vimeo.com/channels/walkaround.
You might also like
Remove Ads
×
Follow hu On