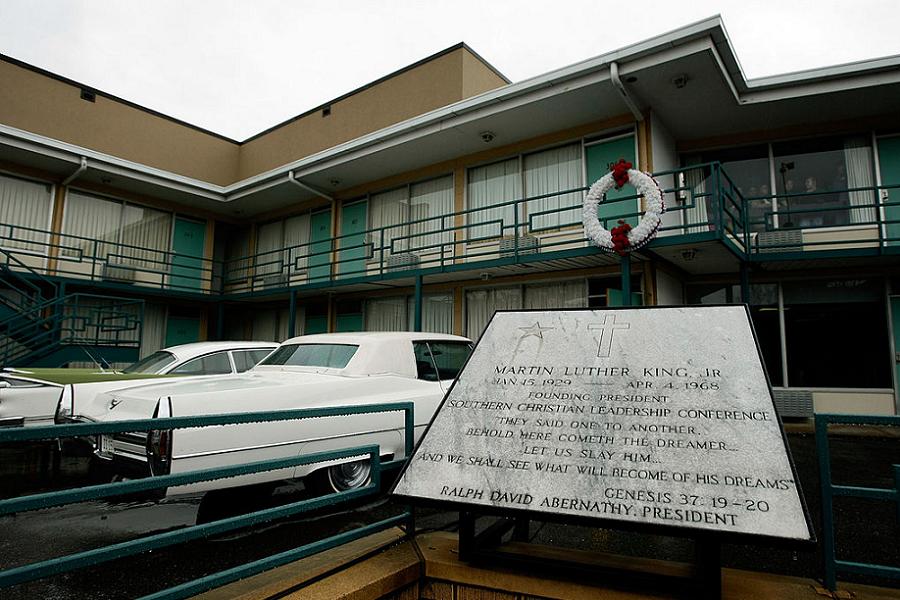 Perhaps the most lurid tale of King’s relationships with other women comes from the last night of his life. In his 1989 book about the Civil Rights Movement, And the Walls Came Tumbling Down, King’s closest friend Ralph Abernathy wrote that he, King, and a few friends left the Masonic Temple where King had delivered his last speech to get some drinks and attend a party.

At around 8 a.m. that morning, according to Abernathy, King shook him awake and asked for his help dealing with a third woman who, he said, had been waiting for him all night long and was very angry.

Abernathy followed King back to his room and witnessed an argument between the pair that quickly turned physical. He claims that the two struggled briefly, and that King eventually struck the unnamed woman hard enough to knock her across the bed, and that she left soon after.

The date was April 4, 1968. Around 10 hours later, just after 6 p.m., King stepped out onto the balcony for a cigarette and was shot by a sniper. Ralph Abernathy held him until he died, and then waited more than 30 years – until he was near death himself – to write what he knew about the Martin Luther King Jr. that he had loved and admired.

Next, learn about the fallibility of other popular icons, including David Bowie, John Lennon, and Gandhi.