The maternal mortality rate in the Lonestar State doubled in just two years. 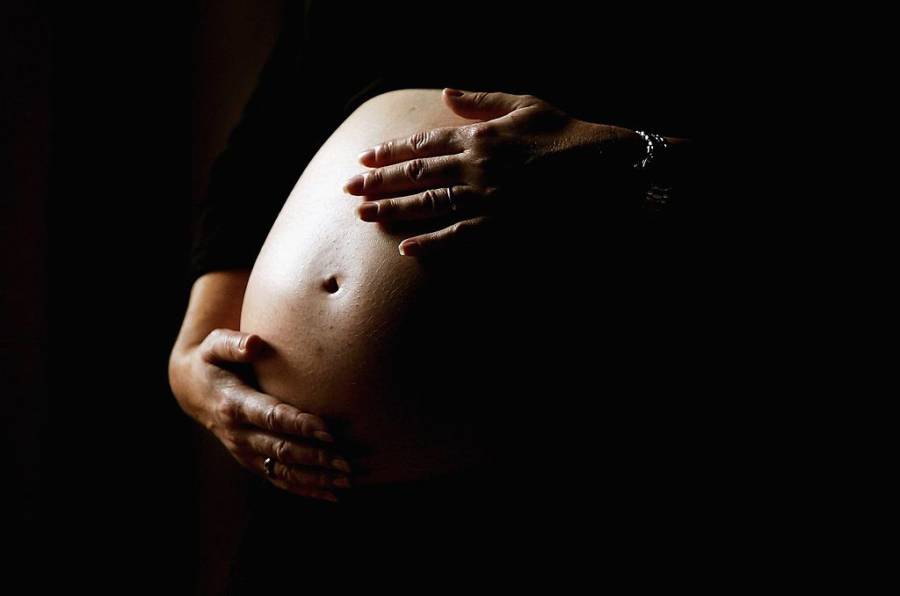 Texas has the highest rate of pregnancy-related deaths not only in the United States, but in the entire developed world.

This startling statistic, reported in a recent University of Maryland study, did little to convince state legislators to pass any laws regarding maternal mortality in the most recent legislative session.

While the rest of the world made progress toward the United Nations Millennium Development Goal of a 75% reduction in maternal mortality by 2015, 48 states and Washington D.C. moved in the opposite direction.

California and Texas stood out for very different reasons. California was the only state to show a declining trend, while the Texas maternal mortality rate baffled researchers by doubling in the span of only two years to levels not seen anywhere else in the United States.

Nationally, the rate was about 23.4 in 2014 — which is better than Texas, but still very unsettling when compared to the rest of the developed world, according to a new report from ProPublica and NPR. 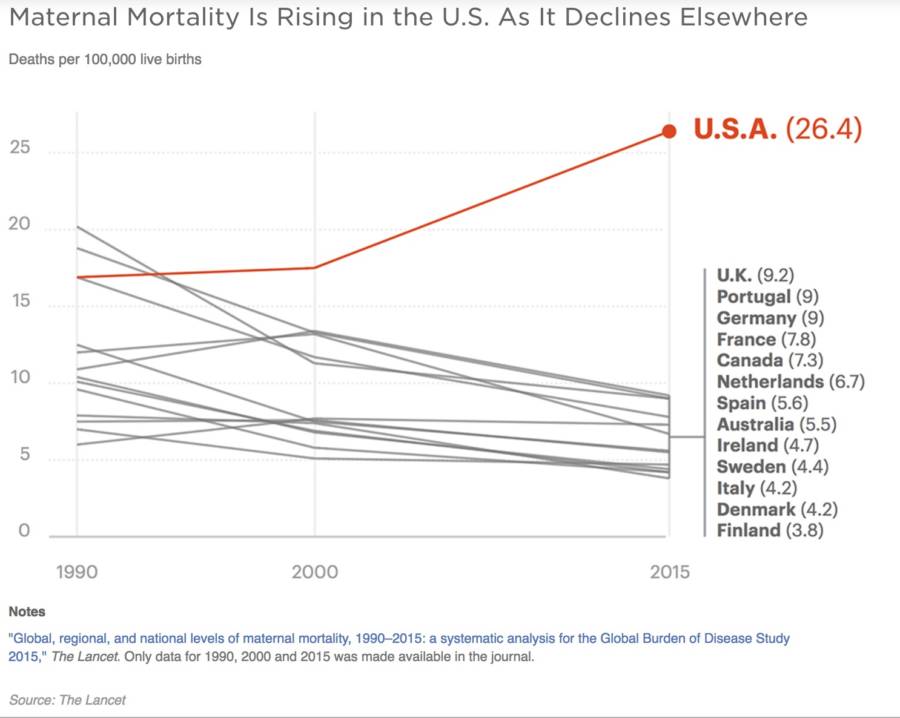 “There were some changes in the provision of women’s health services in Texas from 2011 to 2015, including the closing of several women’s health clinics,” the report reads. “Still, in the absence of war, natural disaster, or severe economic upheaval, the doubling of a mortality rate within a 2-year period in a state with almost 400,000 annual births seems unlikely.”

Though a new study will be conducted to retest the results, they are clearly problematic. Even so, Republican infighting stopped any relevant bills from being passed, according to ABC News.

“We had a chance to move the needle and we really failed to do so,” Republican state Sen. Lois Kolkhorst said. “Certainly, as we develop in medicine, we can do better to take care of women in today’s society versus past societies. I’m very disappointed.”

Kolkhort’s proposed bill would have expanded the life of the state’s maternal mortality task force from 2019 to 2023. It died along with a bill meant to extend Medicaid coverage to low-income mothers for post-partum depression care and another bill meant to address the worrisome racial gap found in the report.

While black women only contributed to 11 percent of births in the state, they made up 28 percent of the maternal deaths. In the U.S. as a whole, black women are three times more likely to die in childbirth than white women.

State Sen. Shawn Thierry, a Democrat, proposed funding research to investigate the cause of this disparity.

Because of the measures taken by Tea Party-backed lawmakers to kill all bills not related to their “pet issues,” the state legislators will now have to wait for Congress to reconvene in 2019 before they can take any action on maternal deaths.

While unsafe abortions couldn’t be responsible for such a sharp rise in deaths, abortion rights activists claim the state’s ultra-strict clinic requirements are at least partly to blame.

“When you do things like making access to abortions almost impossible, the impact that’s going to have on our states’ most vulnerable population is worse and worse,” Marsha Jones, executive director of the Afiya Center, a reproductive justice organization, said.

Without increased funding, it’s unlikely researchers will confirm what’s causing the frightening trend for at least a few more years.

“I am concerned that we had the opportunity for some improvements,” Lisa Hollier, the chairwoman of the Texas task force, said. “And that opportunity may have passed us by.”

Next, read about the Dutch City Council proposing mandatory contraception for “incompetent” mothers. Then, learn how governments around the world legislate abortions.