The Strange Details On Michael Steven Sandford, The Man Who Just Tried To Kill Donald Trump

A 20-year-old British man named Michael Steven Sandford was arrested at a Donald Trump rally in Las Vegas on June 18 after he attempted to kill the presidential candidate, the Secret Service says. 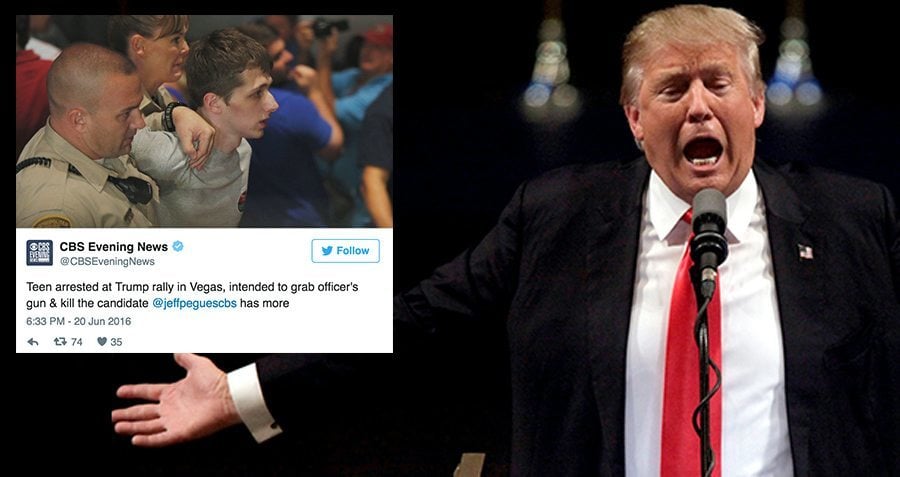 A 20-year-old British man named Michael Steven Sandford was arrested at a Donald Trump rally in Las Vegas on June 18 after he attempted to kill the presidential candidate, the Secret Service says.

Sandford claimed simply to be seeking Trump’s autograph when he approached a Las Vegas police officer stationed at the rally, but things turned ugly when Sandford attempted to take the officer’s weapon. He was apprehended immediately.

As haphazard as that plan may seem, Sandford had been planning to kill Trump for over a year, according to court documents. Nevertheless, Michael Steven Sandford told authorities that his practice trip to a local gun range the day before the rally was his first time ever firing a gun.

With what amounts to such an apparently thin plan, it’s not entirely surprising that Sandford, who had attempted suicide at least once before, also told authorities that he fully expected to die in the course of carrying out his crime.

That, combined with the facts that Sandford, unemployed and living out of his car, has suffered from autism, obsessive-compulsive disorder, and anorexia, paints a picture of a mentally troubled young man.

The court has, for now, charged Michael Steven Sandford with an act of violence on restricted grounds and denied him bail, calling him a potential danger to the community as well as a flight risk.

Thus, until his July 5 hearing, Sandford will remain in custody.

Next, discover the four strangest presidential assassination attempts. Then, learn about what Donald Trump actually gets right.