Haunting Photos Of Nagoro, The Japanese Village Where The Dead Are Replaced With Life-Size Dolls

Artist Tsukimi Ayano has made at least 400 dolls to repopulate the dwindling village of Nagoro. 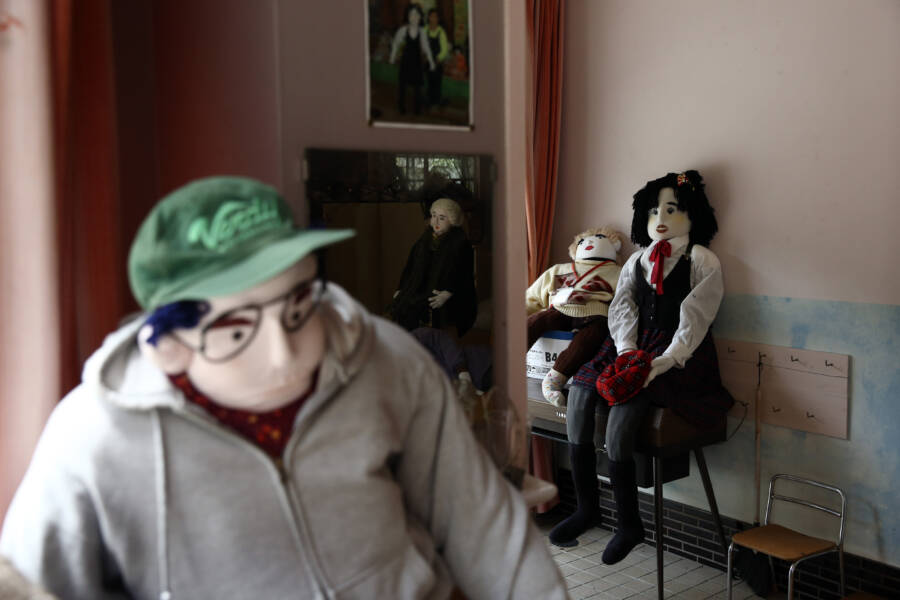 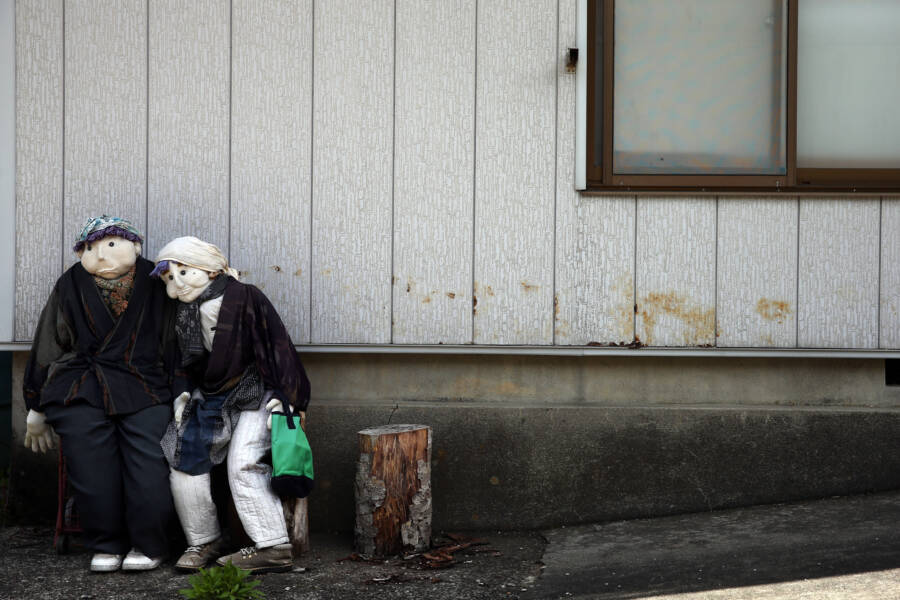 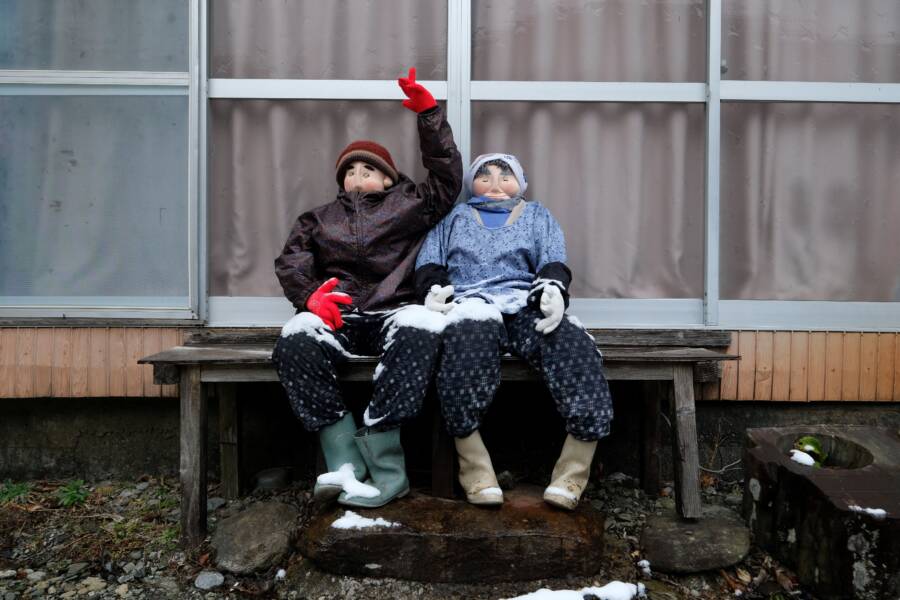 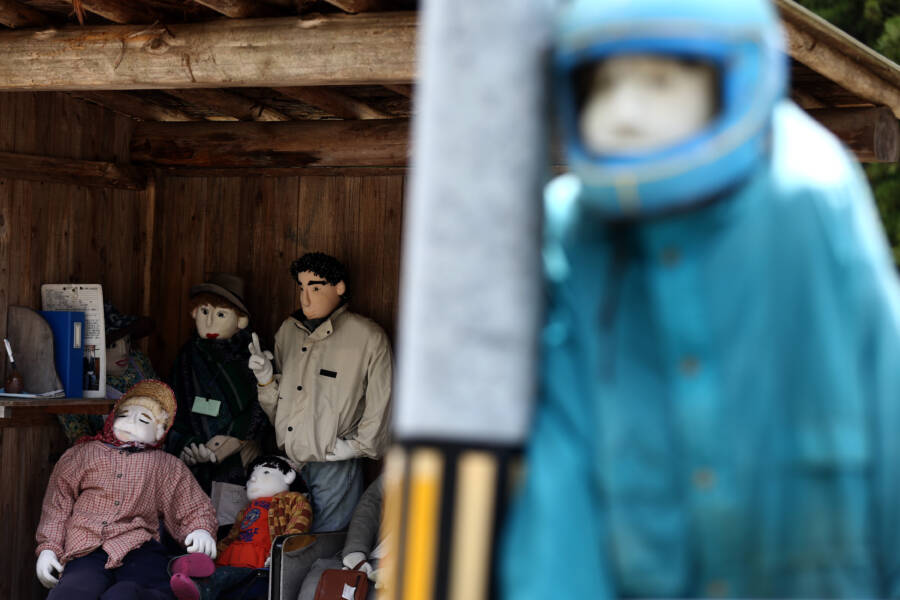 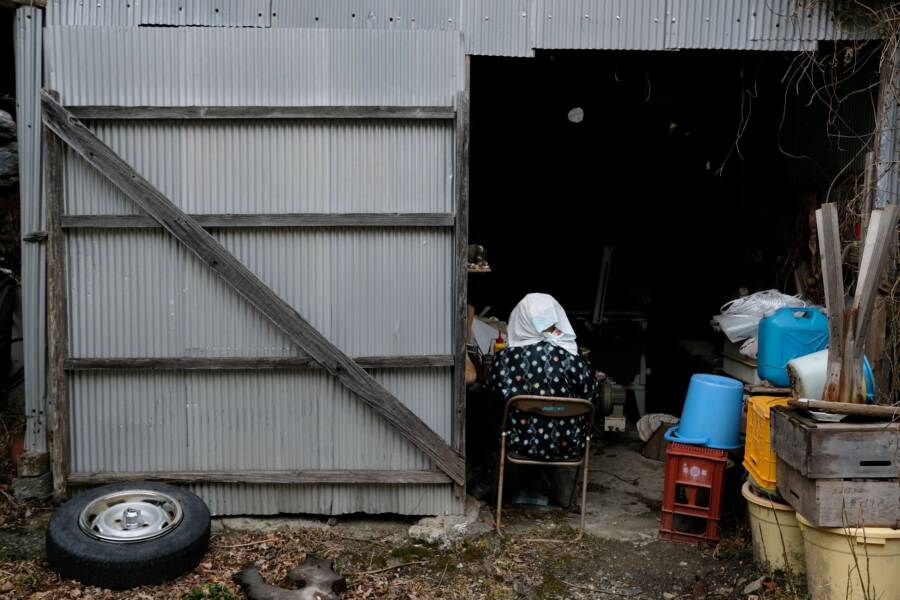 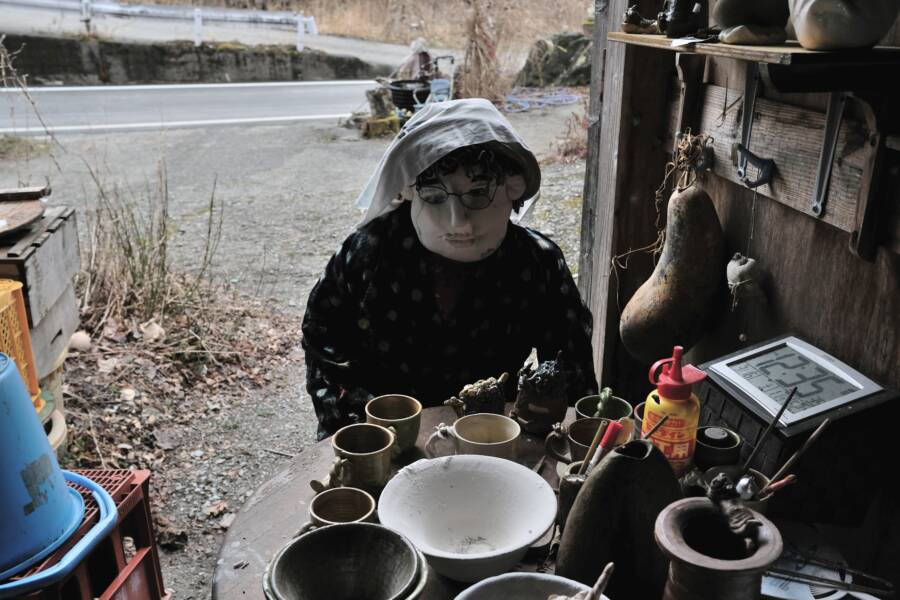 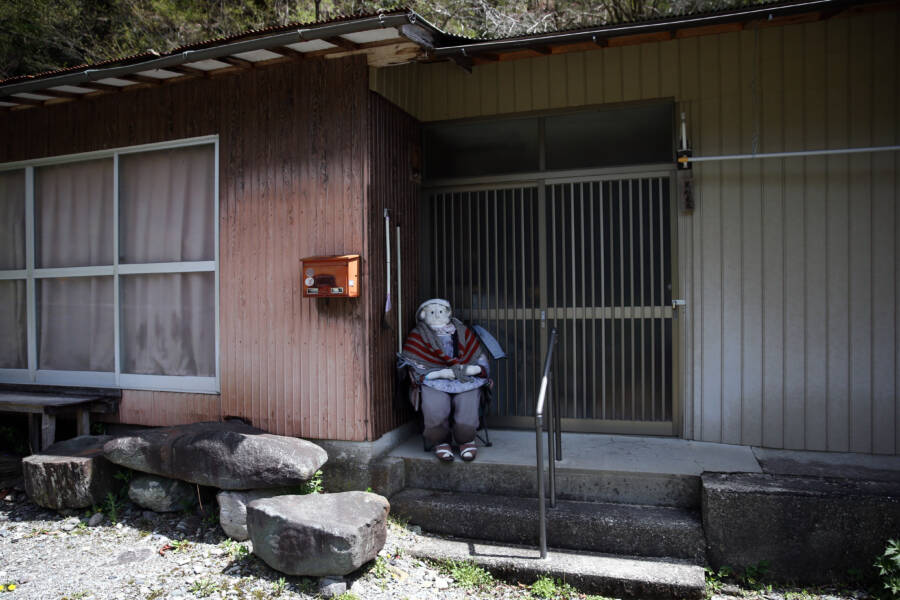 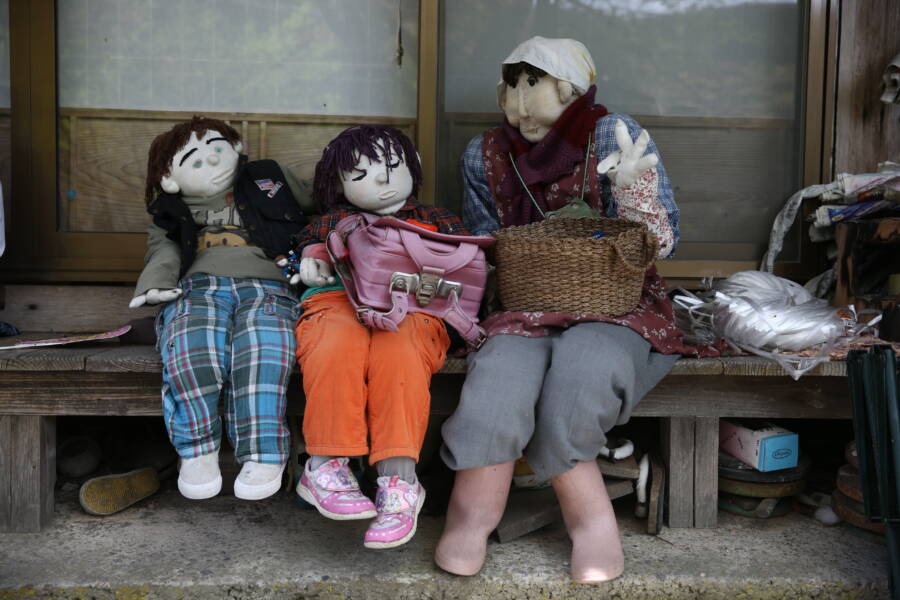 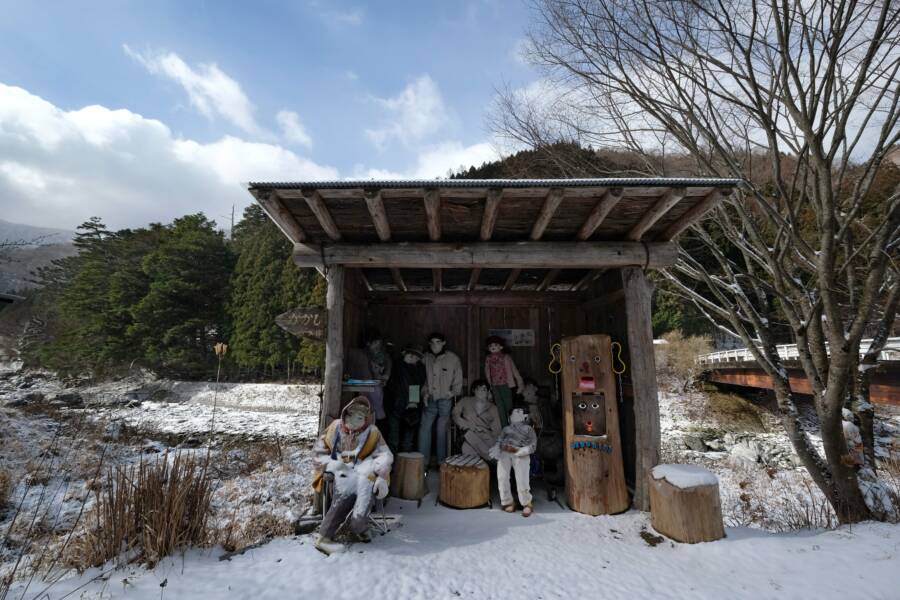 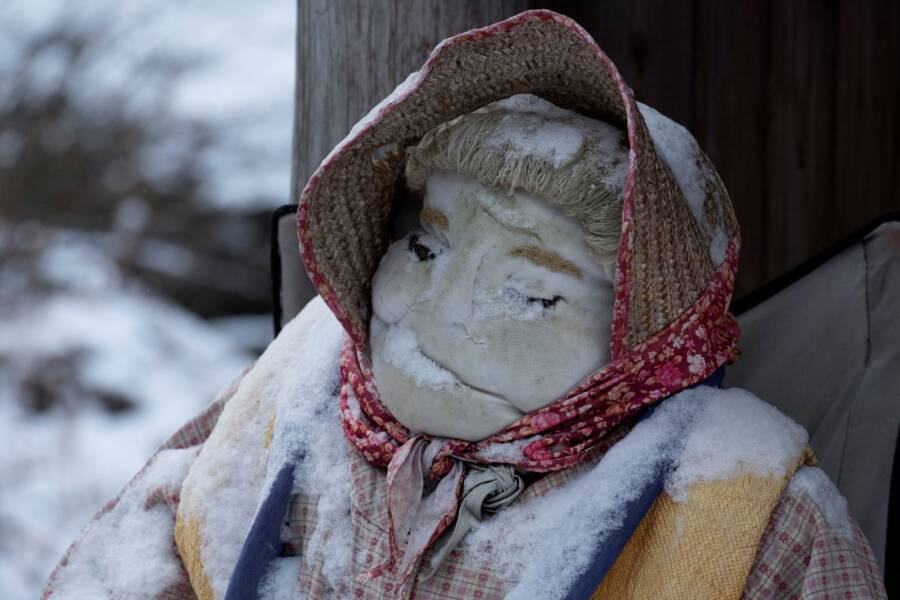 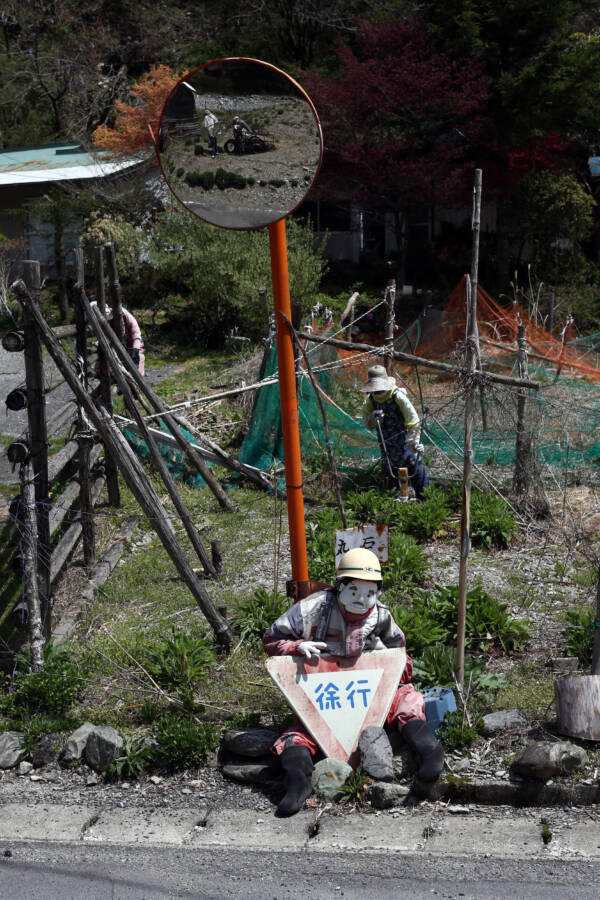 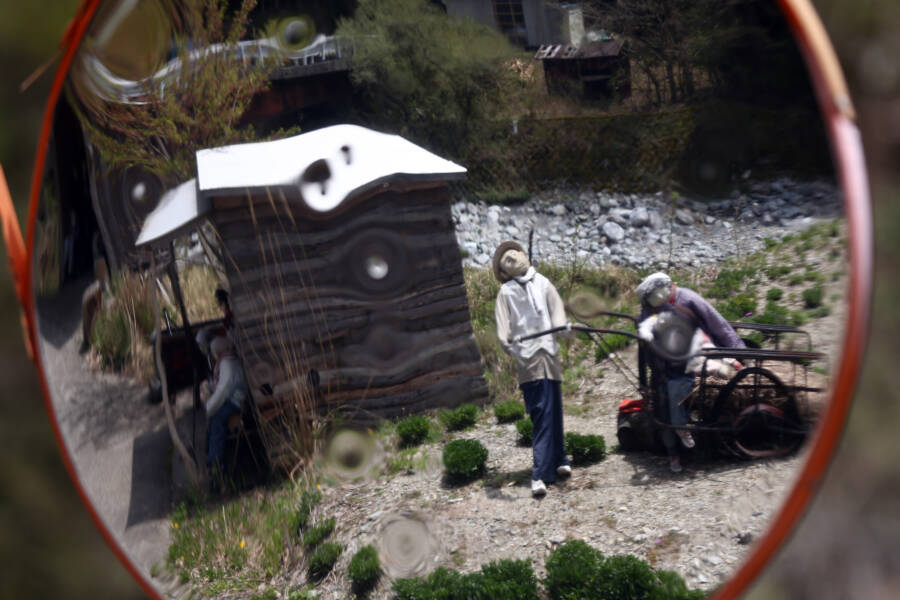 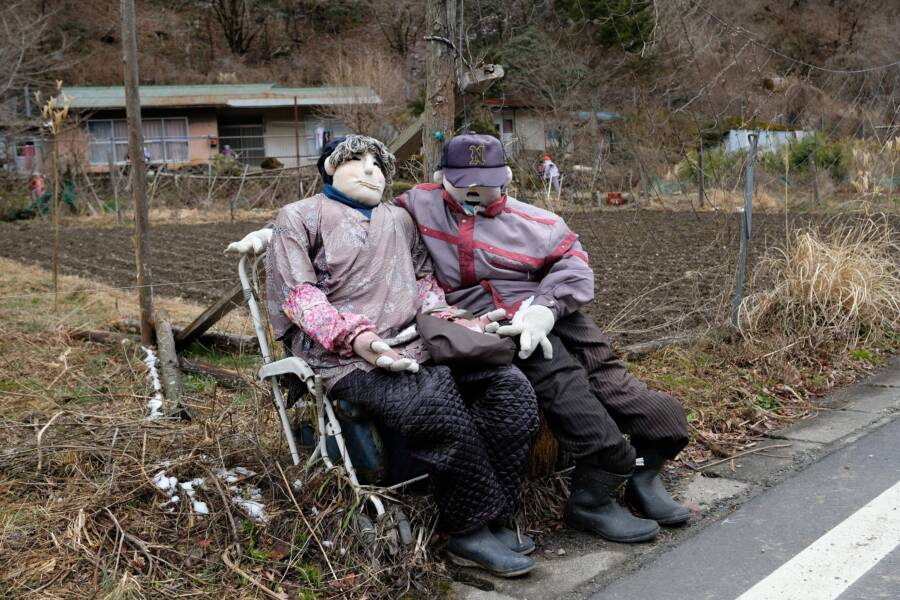 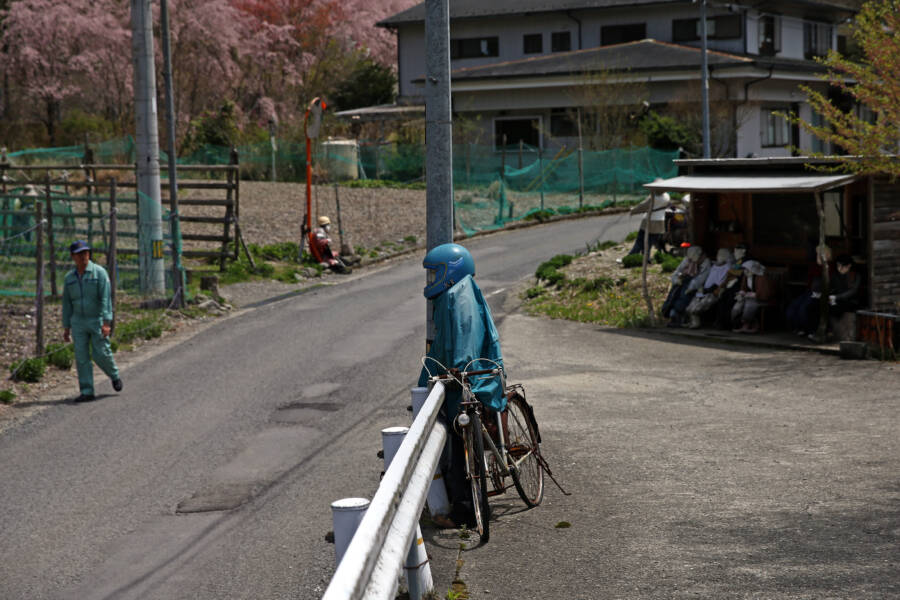 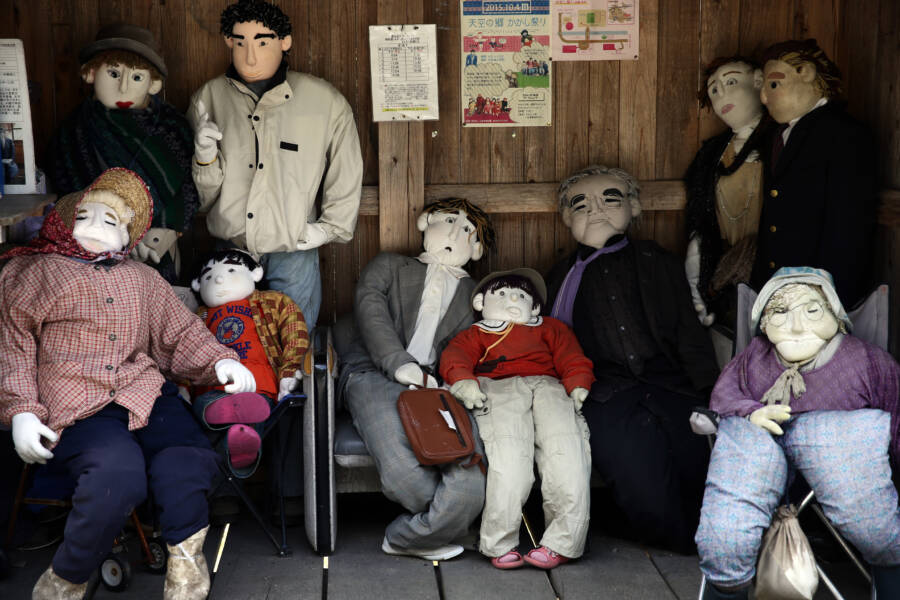 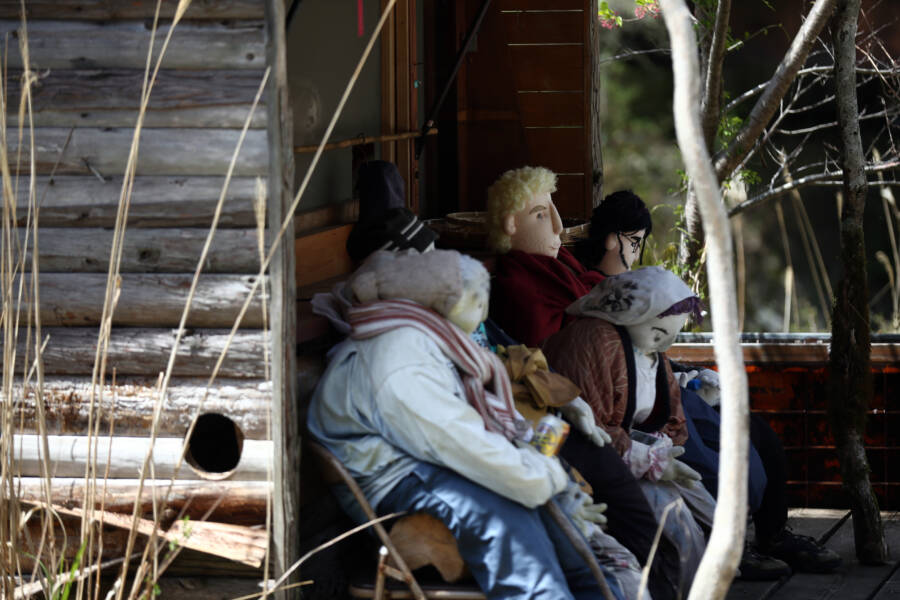 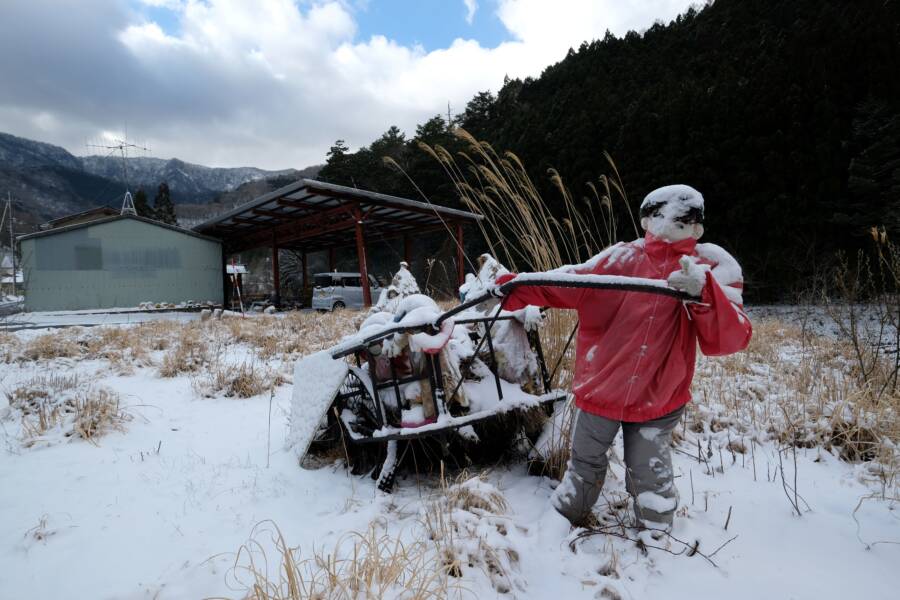 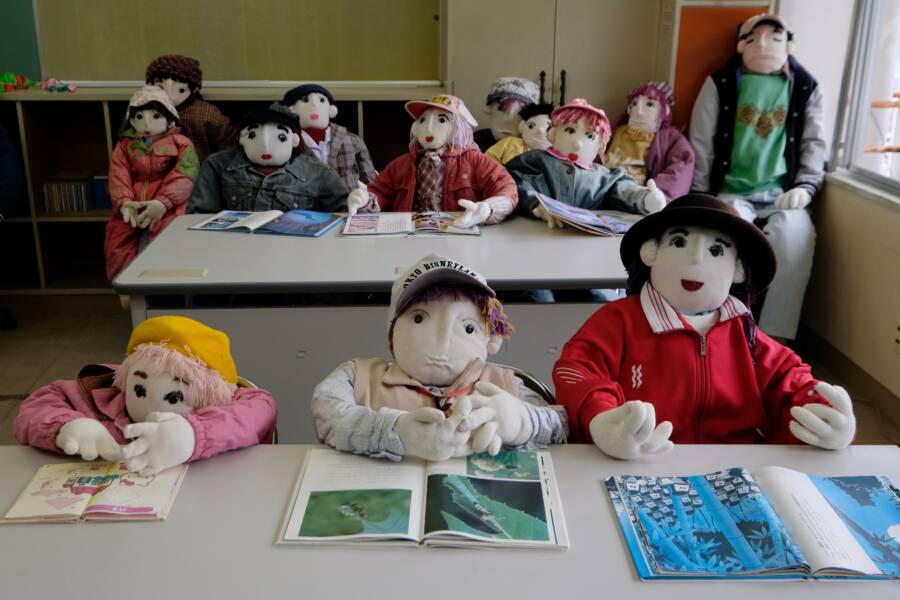 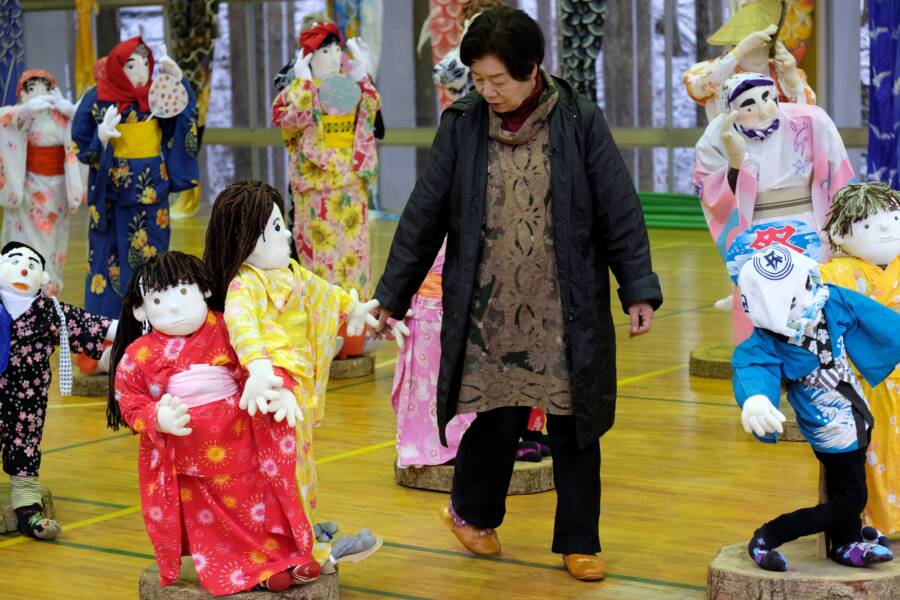 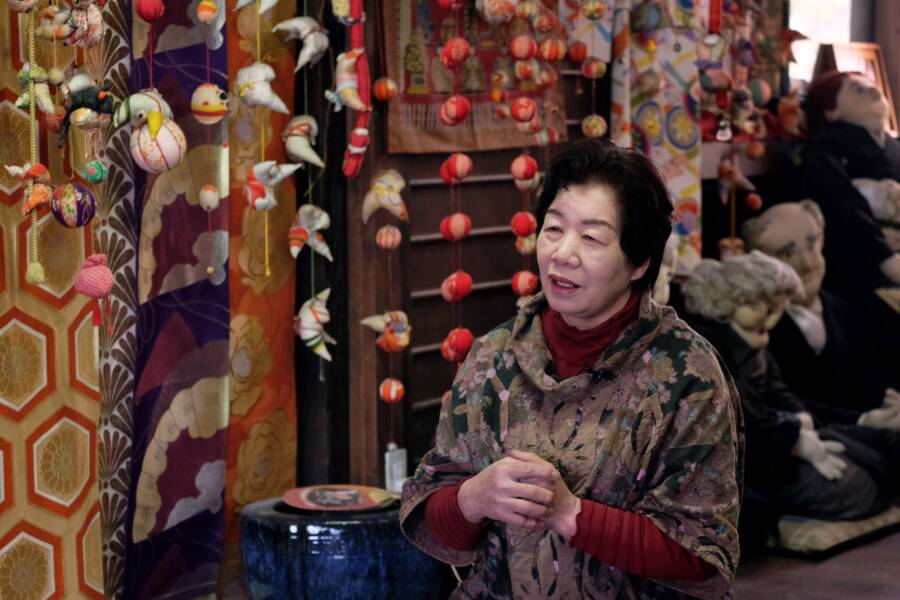 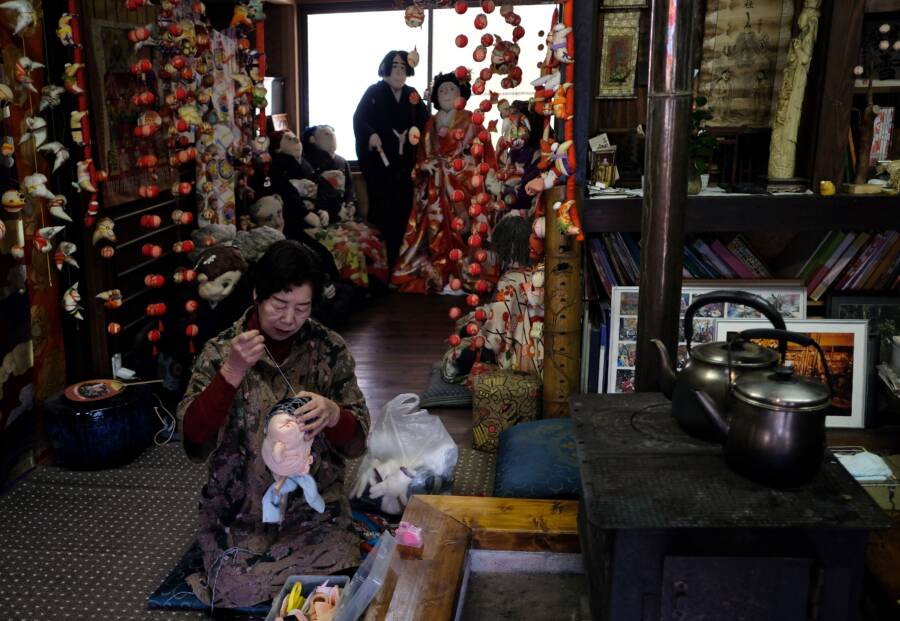 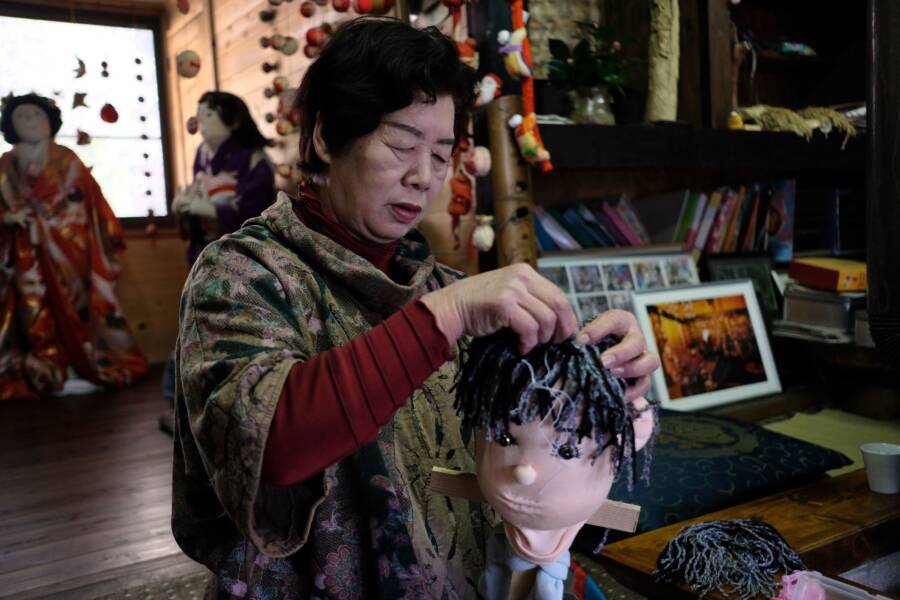 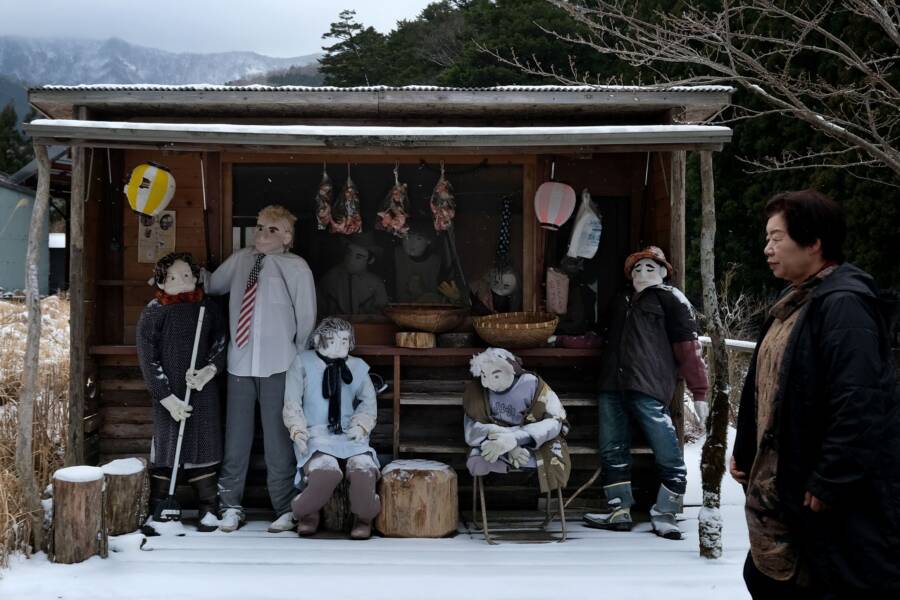 Haunting Photos Of Nagoro, The Japanese Village Where The Dead Are Replaced With Life-Size Dolls
View Gallery

The streets in the tiny village of Nagoro, Japan are far from bustling. In fact, things are remarkably still. Then, through the corner of your eye, you see a figure — then a group of figures huddled together.

Then you realize they're everywhere you look.

But these aren't people. They're actually life-size dolls — and they make up most of Nagoro's population. The dolls outnumber humans by a ratio of more than ten to one.

The handmade dolls are one woman's attempt to fill the loneliness that exists in Nagoro. This small village becomes increasingly void of people as time goes on. The elderly die and the young people leave for city jobs. Not even a local grocery store remains open.

The village, also called Kakashi No Sato, or Scarecrow Village, is not unlike other rural areas in Japan facing this depopulation trend. Since 2010, the nation has lost about 1.4 million of its people — and it's having a major impact on both the economy and society.

However, here in Nagoro, it's like no one has left; each doll seems to contain the soul of a departed villager. A local official told one tourist that "the figures have even been added to the census records of the village, with detail descriptions of each figure."

In this way, it really does seem like the dolls have a larger-than-life presence in the village of Nagoro. 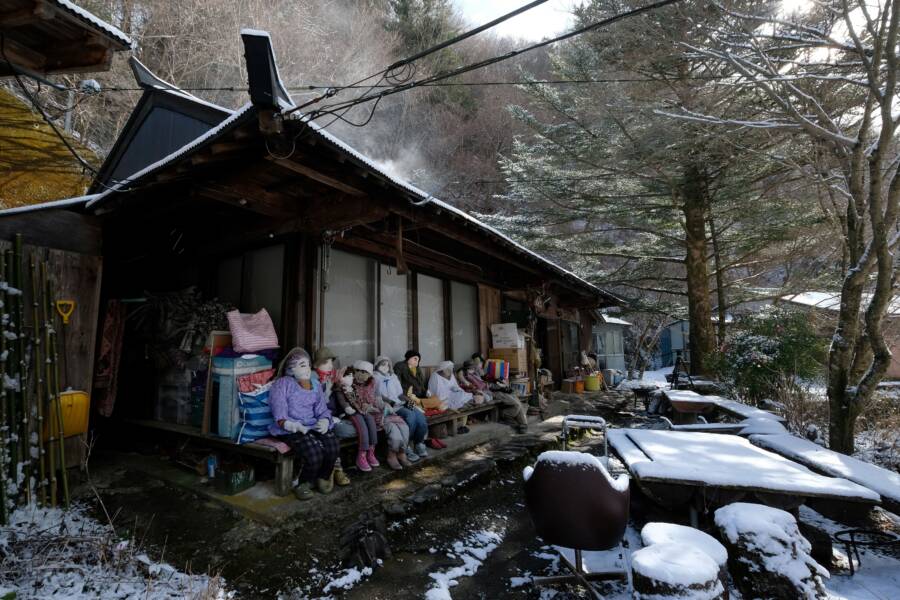 KAZUHIRO NOGI/AFP via Getty ImagesSeveral dolls sit lined up on a bench.

Tsukimi Ayano: Creator Of The Dolls

In 2001, former resident Tsukimi Ayano returned home to Nagoro after spending much of her life in Japan's third-largest city, Osaka.

She found the village of 300 residents she grew up in had dwindled down to only 30. She felt saddened that many of the residents had left or passed away.

The inspiration for creating life-size dolls to fill the town came to her by accident. Ayano first fashioned a scarecrow for her vegetable garden and playfully made it in the image of her father.

He didn't mind, "But all the neighbors thought because the scarecrow was wearing his clothes and looked like him that he was out farming very early in the morning," Ayano says.

"They would sometimes say, 'Good morning, you're up working very early.' It just started up a conversation between the scarecrow and the neighbors."

The residents enjoyed the whimsy of her scarecrow, so she kept making them — learning more skills along the way. Confronted with the loss the town experienced, Ayano decided to craft them in the image of departed or deceased villagers.

Ayano makes the dolls from straw, fabric, newspapers, and old clothes. She is always making new ones to replace older figures that wear out from being exposed to the elements.

She says the mouths are the hardest part; the lips are the key to making many expressions appear realistic.

The Dolls Of Nagoro, Japan

Dolls can be found almost everywhere in town. Waiting at bus stops, farming, and just hanging out. Some are even attending a wedding for a pair of dolls in traditional dress.

However, most are located along the roadside where they serve to attract visitors. Thanks to Google Earth, you can actually take a virtual tour through Nagoro's main street and see them for yourself.

There are now hundreds of the handmade dolls, repopulating Nagoro's nooks and crannies. They have become a tourist attraction, revitalizing the town in their own way.

But not all the figures are visible from the road. The local elementary school closed in 2012, so Ayano populated it with child-like dolls, as well as staff. Now, the once-abandoned school is home to students anxiously waiting for class to start.

In one classroom, two lone dolls sit at desks, representing the last two students who attended the school before it shuttered.

"These two little scarecrows, the children made those themselves during their home economics class," Ayano said. "And then they put the clothes they wore back then on the figures before they left the school."

The current residents enjoy the figures and seem somewhat annoyed that visitors sometimes think they're creepy.

That makes complete sense if you remember that lots of the dolls are based on actual residents. However, any creepiness that does exist comes mainly from the way the dolls seem to take over in the stillness of largely abandoned Nagoro.

Another visitor commented that it's "easy to think the life-sized dolls are real ... we still did some double takes (like with the roadside telephone pole repair crew 'working' on a ladder)."

These quirky dolls have put Nagoro on the map. Some foreign visitors seek out Ayano on their own — like a young tourist from Poland — and it doesn't faze her. This visitor said, "I just really wanted to come ... It is absolutely wonderful. I can't stop smiling."

Next, check out these eerie photos of vintage dolls and the factories that made them. Then, take a look at these photos of the Japanese island taken over by feral cats.