21 Stunning Photos Of New Year Celebrations Around The World

At midnight two days from now, the majority of the world will be welcoming 2016 around friends and family, cheering to a Happy New Year with festive food, champagne, parties and fireworks. Although most of the world has now aligned onto the Western Gregorian calendar, a few countries and cultures continue to observe different New Year dates and traditions.

While putting the final touches to your NYE preparations, take a look at the colorful, boisterous, or spiritual ways other populations will enter their own new year: 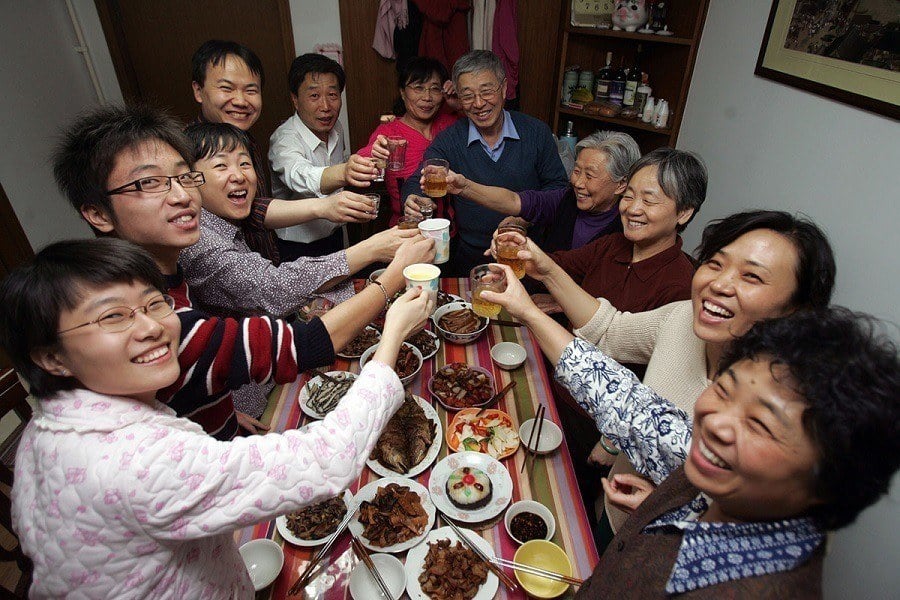 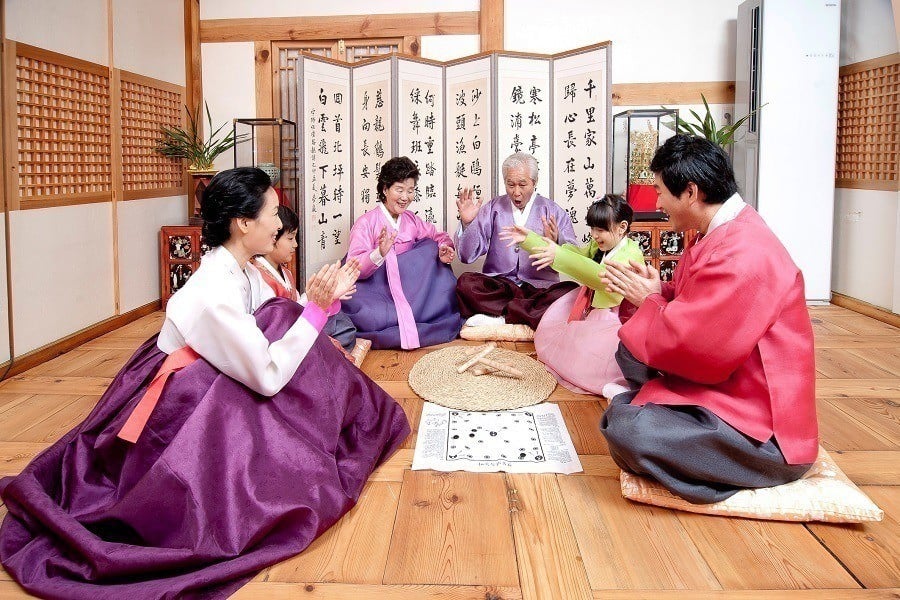 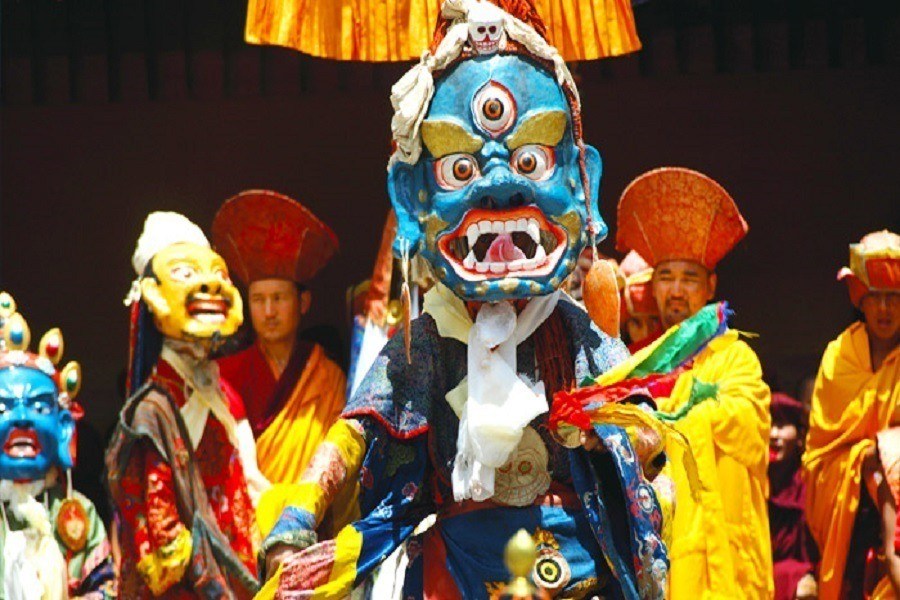 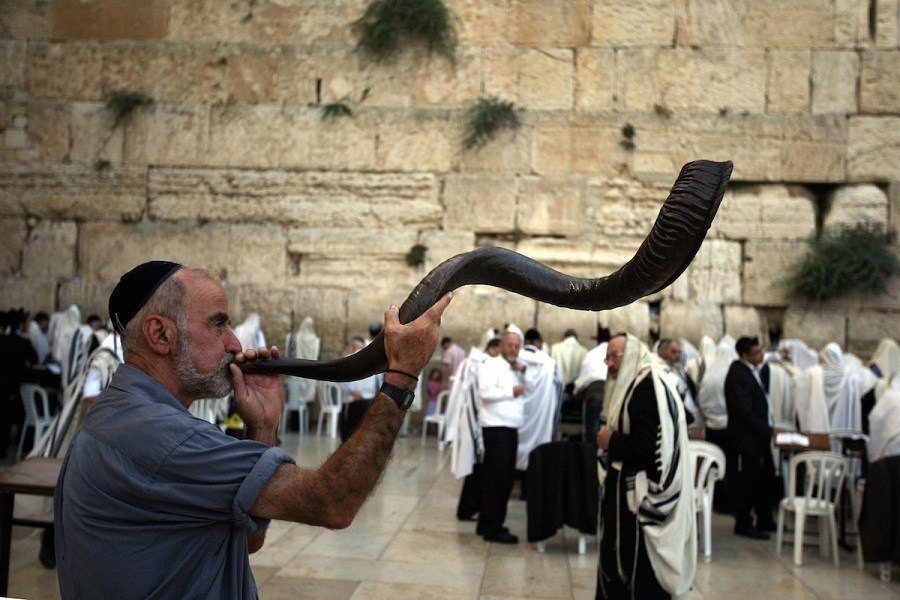 Also known as Spring Festival or Lunar New Year, the world’s most famous “other” new year is followed by Chinese communities worldwide and a number of other countries in Asia. It runs from the eve – whose date varies each year – to the Lantern Festival on the 15th of the first calendar month, making it one of the longest celebrated festivals.Red and White
2 of 22
Chinese people’s cross-country and international travels to reunite with friends and relatives for the holidays represent the world’s largest punctual migratory wave. According to tradition, after cleaning their houses thoroughly, families will open their doors and windows to welcome in the Year of the Monkey at midnight on February 7th 2016.International Business Times
3 of 22

Usually falling on the same day as the Chinese New Year, South Korea’s own Lunar New Year, Seollal, is an occasion for families to get together to share elaborate meals and play ancestral games, often dressed in traditional clothing called hanbok.Korean Safari
4 of 22

The Losar Festival held in Tibet, Nepal, Bhutan, and certain parts of India lasts for 15 days, although celebrations are concentrated over the first three days. The colorful festivities include beer- and noodle-making, prayers, monastery cleaning, ritual offerings, dances, and theatrical performances. In 2016, Losar will fall on February 9-11.Make My Trip
5 of 22

In March, Bali’s Hindu population greets in the Saka New Year by respecting Nyepi, a full day of silence, fasting, and meditation. The island comes to a standstill as locals and visitors alike are forbidden to work, make noise, use electricity, and seek entertainment. Only a few “pecalang” (traditional security men, pictured above) are allowed to patrol Bali’s usually bustling streets and beaches to ensure that they remain empty.Blog.icbali
6 of 22
The days preceding the Nyepi “Day of Silence” bring much more animation to the island. Balinese villagers perform a series of processions and celebrations, including the Bhuta Yajna Ritual, during which they parade ogoh-ogoh statues made of bamboo and paper meant to represent demonic spirits, before burning them in the Ngrupuk ceremony.Photo.sf
7 of 22

Following the Aztec Calendar, the Nahua communities of Mexico welcome the Año Nuevo Azteca by lighting ocote (pitch-pine) candles and fireworks on the eve of the March 12th New Year. Ceremonial songs and dances are performed to the beat of drums in colorful folk costumes topped by quetzal feather headgear.
8 of 22
To conclude the celebrations, revelers burn a flag representing the past year and perfume the replacement one. They then greet the New Year by making noises with seashells, as their Aztec ancestors did centuries ago.The Durango Herald
9 of 22

Usually falling on or around 21st March, this holiday of Zoroastrian origin marks the start of the year in the Persian calendar and the first day of spring – or Equinox – for Iranians and their Central Asian neighbors. The beginning of the festivities is heralded by Hajji Firuz, a fictional character whose face is painted black as a symbol of good luck.Tyne and Wear Museums
10 of 22
The night before the last Wednesday of the year, Norwuz observers light bonfires and jump over them while singing a traditional song asking the fire to burn the fear in their spirit in preparation for the new year.Wikimedia Commons
11 of 22

Every 1st of April, Assyrian people all over the world celebrate Kha b' Nisan, the “Head of the Year”, with parades and parties involving traditional costume and dancing in parks for hours.
12 of 22
Weddings are often celebrated as part of the festival. After a long ban on public celebrations by Saddam Hussein's regime, one of the largest Assyrian New Year celebrations took place in Iraq in 2008, attracting 45,000 to 65,000 revelers.Bethsuryoyo
13 of 22

Held between 13th and 15th April each year, the Thai New Year Festival ends with the world’s largest water fight: on the last day of Songkran, the entire country takes to the streets armed with water guns, buckets, and elephants to splash the crowds.Astonishing Festivals
14 of 22

On April 14th, this lively festival brings the different religious and ethnic Bengali communities of Bangladesh and the West Bengal Province of India together to party at Boishakhi Fairs. The merriments include parades, plays, puppet shows and merry-go-rounds.Huffington Post
15 of 22

In other parts of India, Sri Lanka, and Malaysia, the Sinhalese and Tamil populations also enter the New Year on 14th April. Their day begins with carefully-timed rituals based on astrological observations. Later, they can indulge in looser partying.
16 of 22
In Sri Lanka, Sinhalese and Tamil villagers engage in friendly competitions in games including sack-racing, rope-pulling, and the less conventional bull cart races and coconut wars.
17 of 22

In late May or early June, kites are flown all over New Zealand to celebrate Matariki, the Maori New Year marking the annual rise of the Pleiades cluster of stars. Stuff
18 of 22

The mid-June Odunde Festival brings Africans from across the world to the US city of Philadelphia for a one-day street party inspired by the New Year celebrations of the Yoruba people of Nigeria.Odunde Festival
19 of 22

Willkakuti (literally, “the Return of the Sun”) is celebrated by the Aymara indigenous peoples of Bolivia, Chile, and Southern Peru to commemorate the winter solstice in the Southern Hemisphere. On June 21st, Andean locals gather before dawn to wait for the first rays of the sun, welcoming its rise with chants and offerings. Concord Monitor
20 of 22
The biggest Willkakuti celebrations take place at the Temple of Kalasasaya in Tiwanaku, where Aymara priests usher in the new agricultural cycle and call for an abundant harvest by making toasts and sacrifices to the sun and “Pachamama”, the Mother Earth.Facebook
21 of 22

In the autumn, Rosh Hashanah – or by its Biblical name, Yom Teruah (the Feast of Trumpets) – marks the beginning of the agricultural cycle and the creation of Adam and Eve. Observers sound the shofar, a hollowed-out ram's horn, and eat symbolic foods such as apples dipped in honey to call for a “sweet new year”.Business Insider
22 of 22