From the blackout to the .44 caliber killer, these photos of New York City in the summer of 1977 reveal a city on the brink of collapse.

On the evening of July 13, 1977, two lightning strikes just north of New York City led to a massive blackout that plunged the city into darkness.

The lights went out, elevators stalled, and subways ground to a halt. Looting and arson broke out, over a thousand fires were reported, and more than 1,600 stores were damaged or ransacked. The Mets-Cubs game at Shea Stadium ended in the bottom of the sixth inning. The light-filled city became a black pit.

Elsewhere in New York’s summer of 1977, a sweltering heatwave, financial downturn, rising poverty and inequality levels, paranoia about the Son of Sam murders, and the shining lights of Studio 54 took hold of the city.

Likewise, as fires burned down much of the Bronx, hip hop began to rise from the ashes. In fact, the looting of music stores during the blackout enabled people who couldn’t afford turntables and mixers to gather the equipment they needed to become DJs.

Check out some compelling photos from that uneasy summer in New York City: 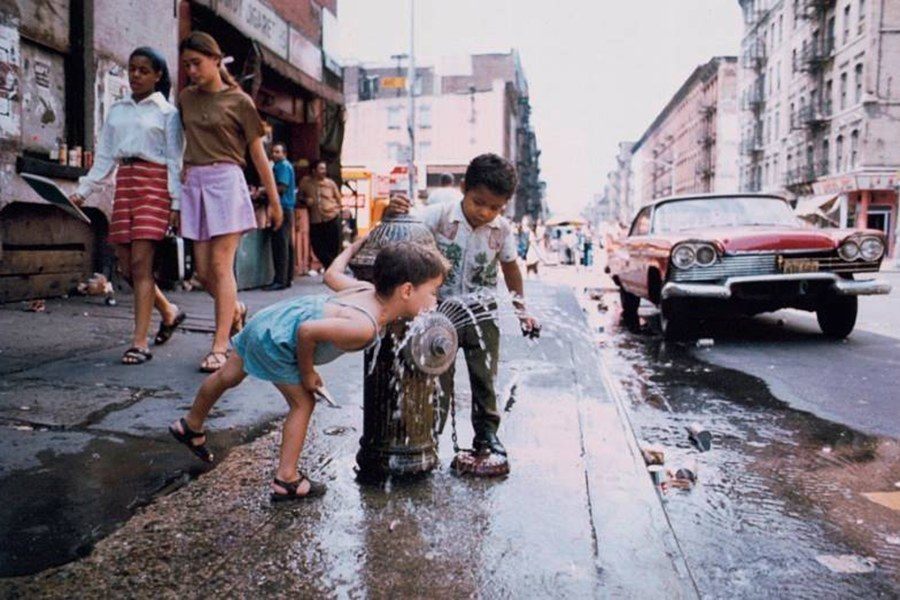 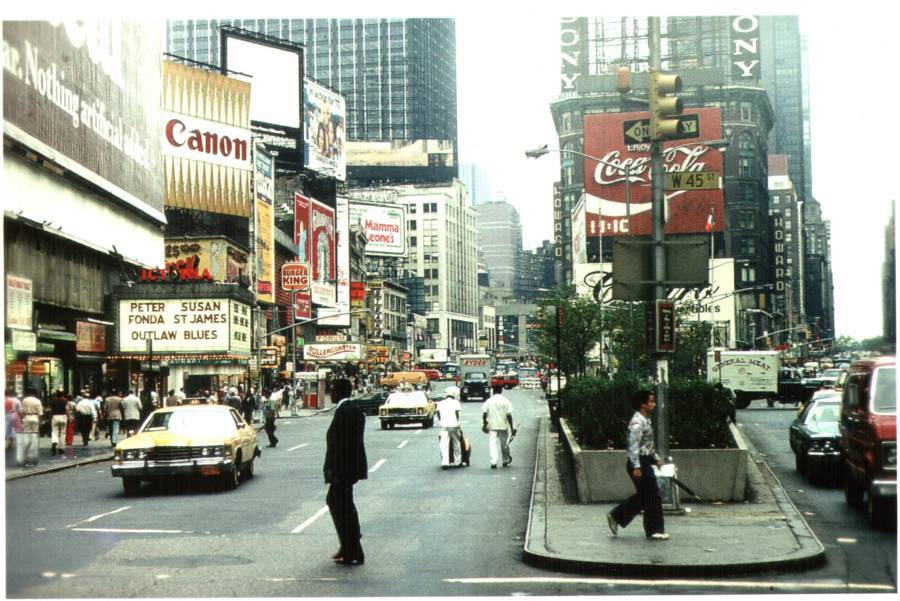 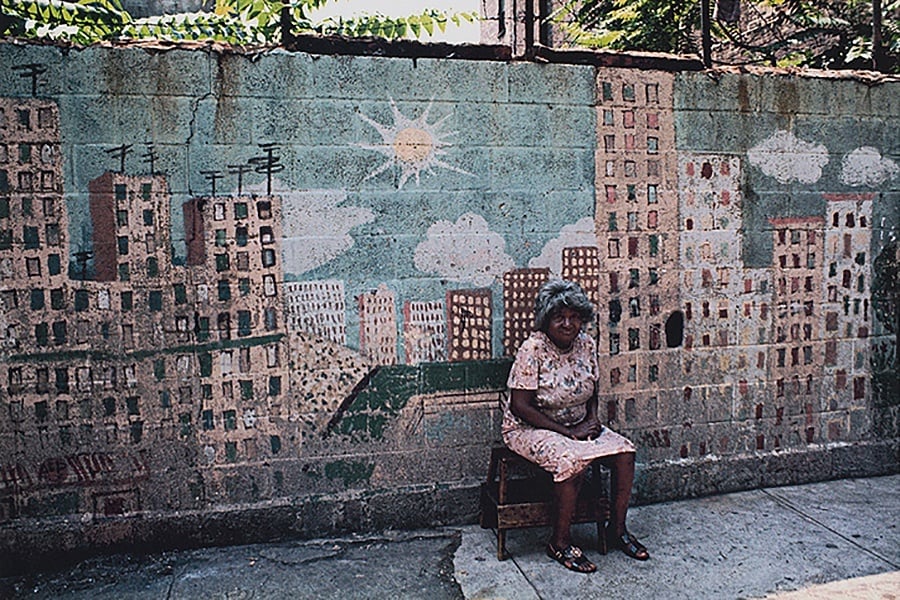 A woman sits along the streets.Camilo J. Vergara/ Library of Congress 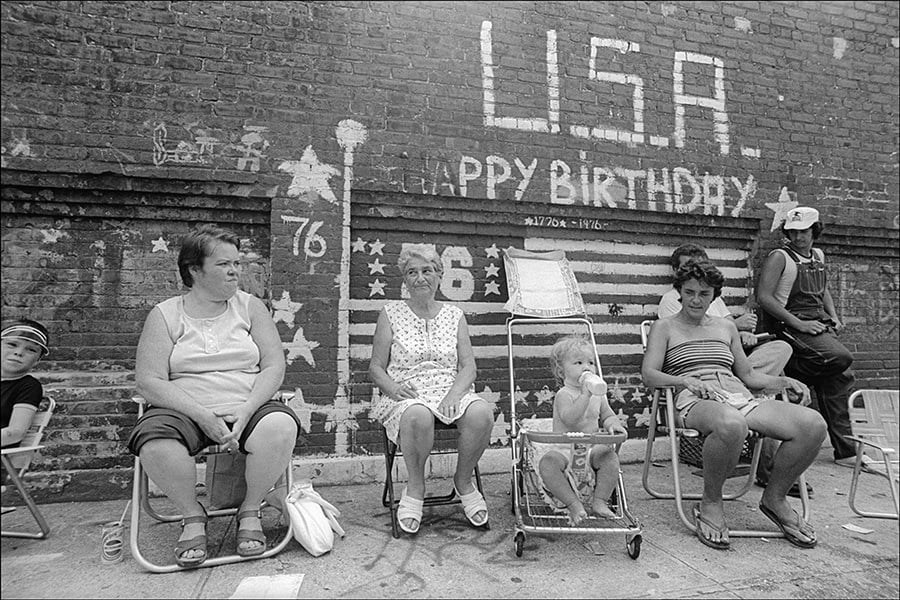 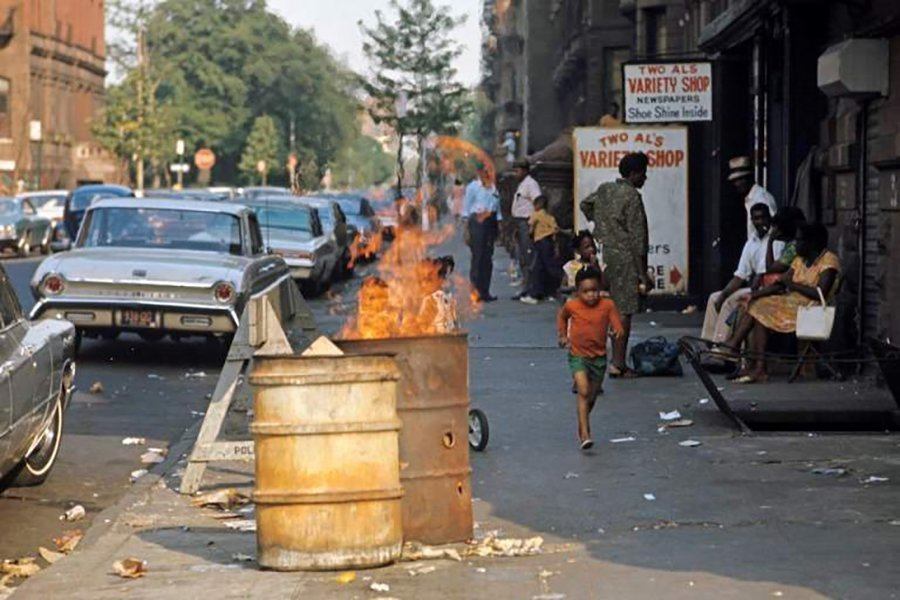 A child passes a blazing can in Harlem. National Archives and Records Administration 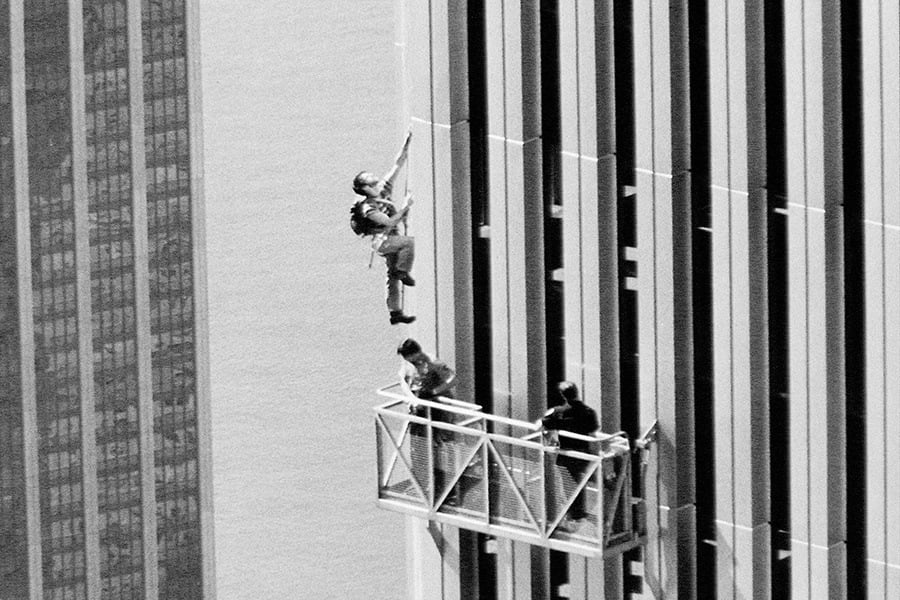 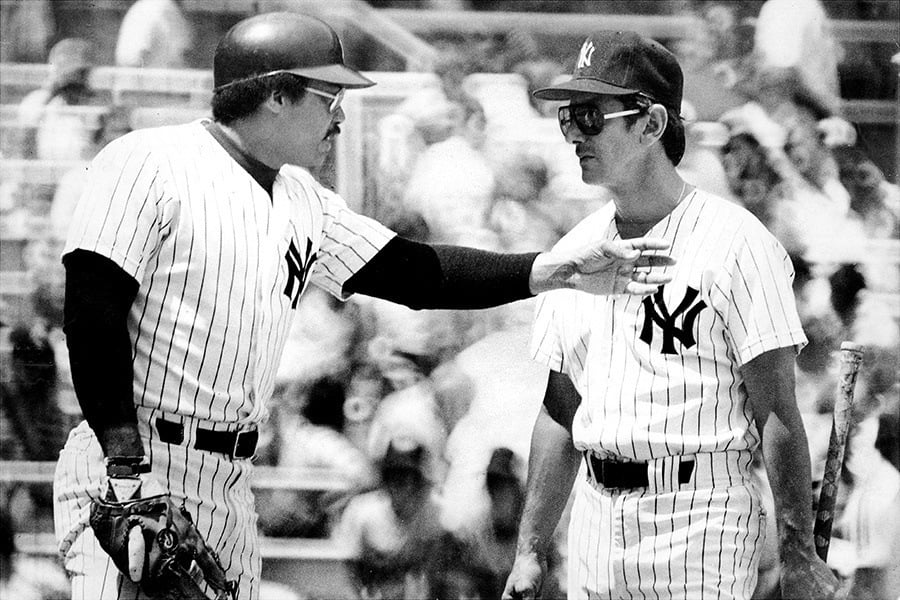 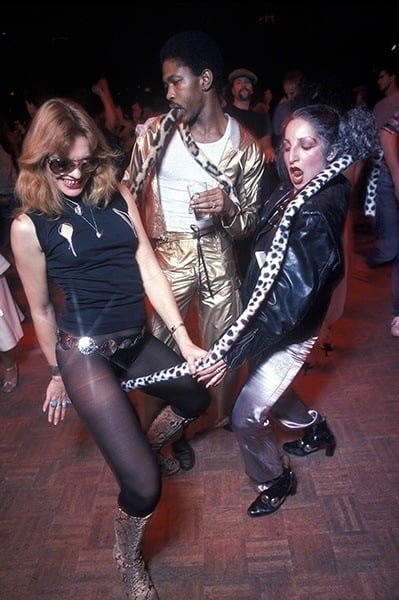 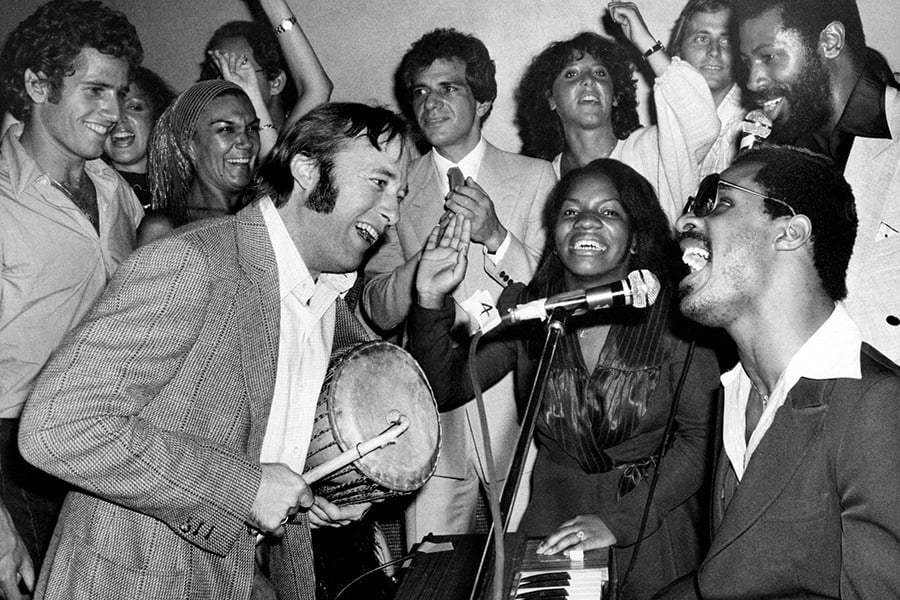 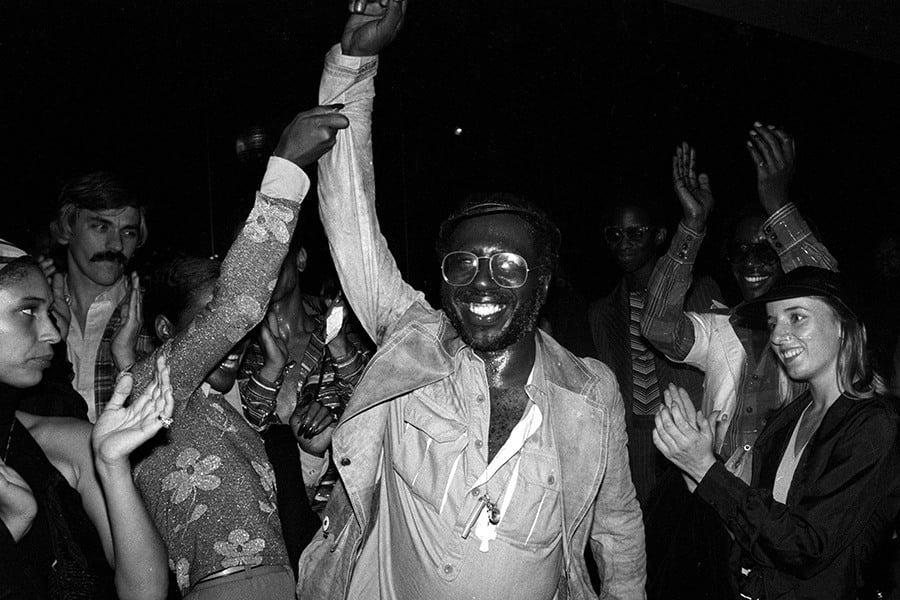 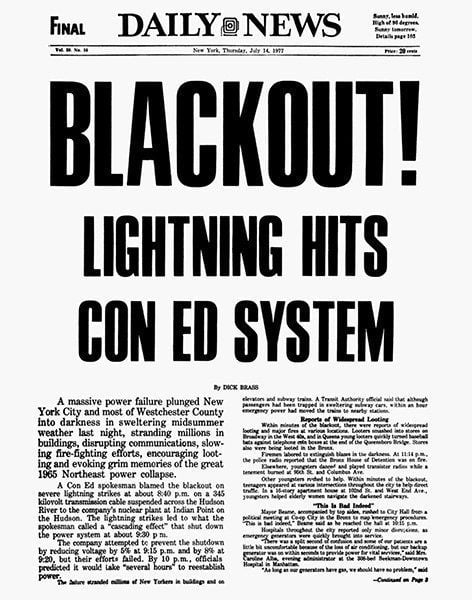 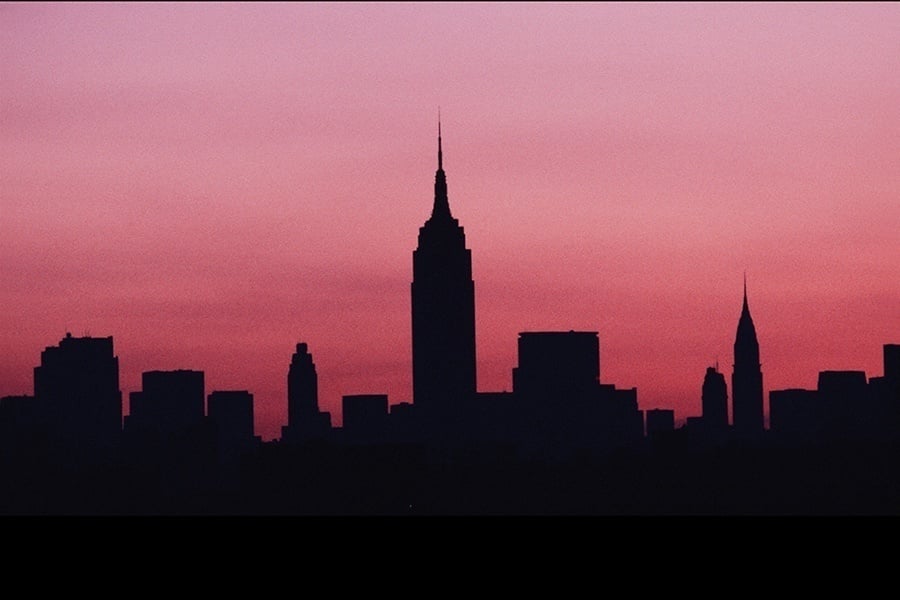 At dawn on July 14, the Manhattan skyline shows no lights due to the blackout. Allan Tannenbaum/Getty Images 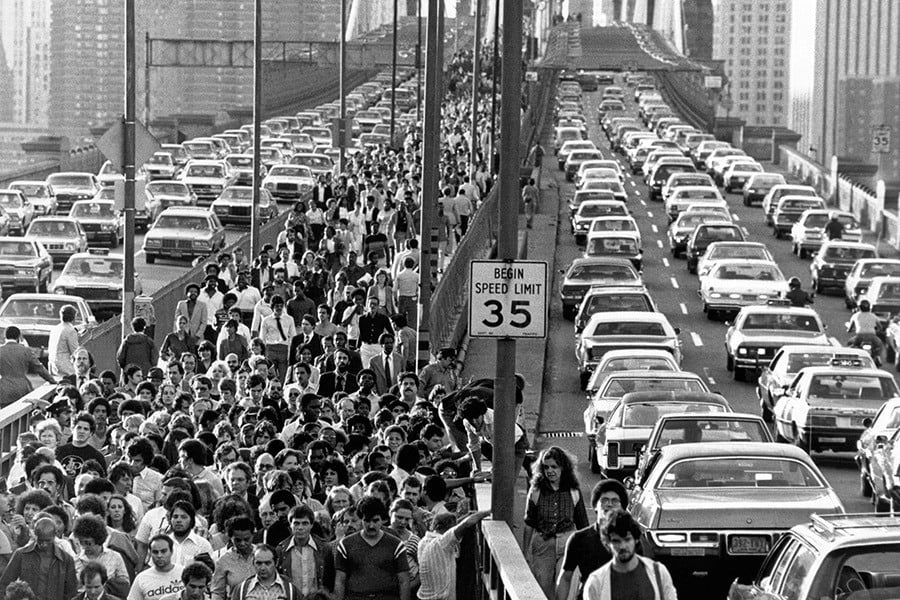 New Yorkers jam the Brooklyn Bridge on their way home after the blackout shut down the subway system.Underwood Archives/Getty Images 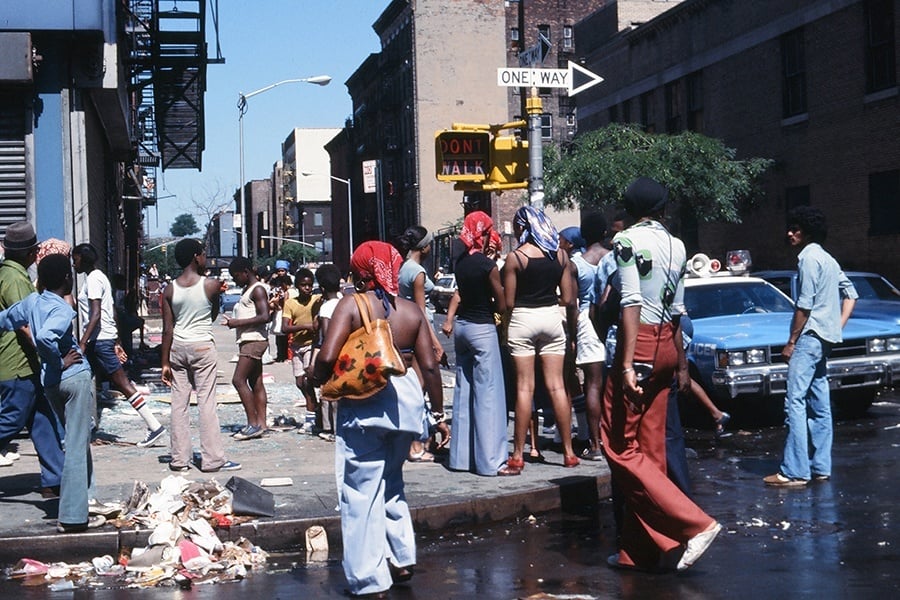 In Brooklyn, pedestrians stand on a street corner in the wake of the blackout.Robert R. McElroy/Getty Images 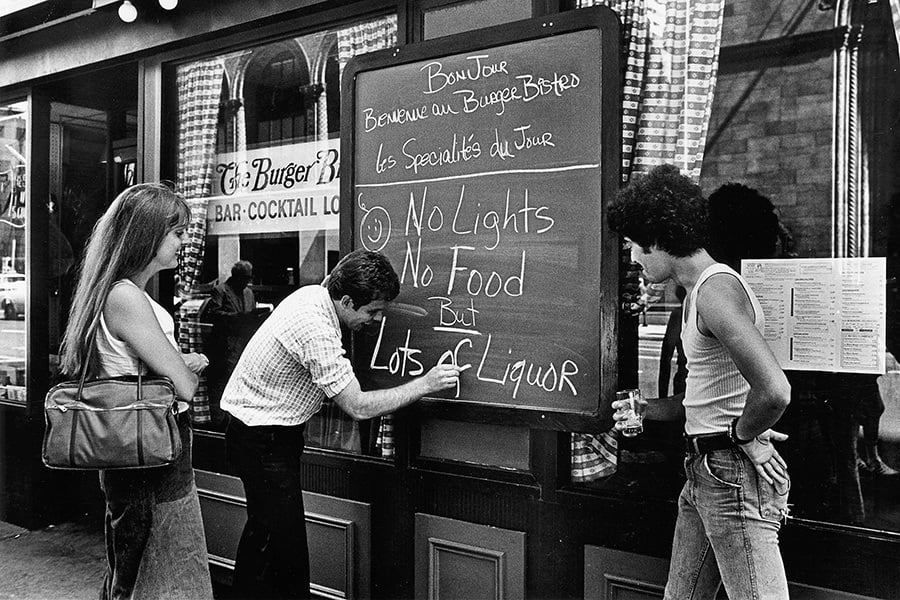 In the midst of the blackout, a restaurant owner writes a sign to advise customers that there is no food or lights inside, but lots of liquor. Bryan Alpert/Hulton Archive/Getty Images 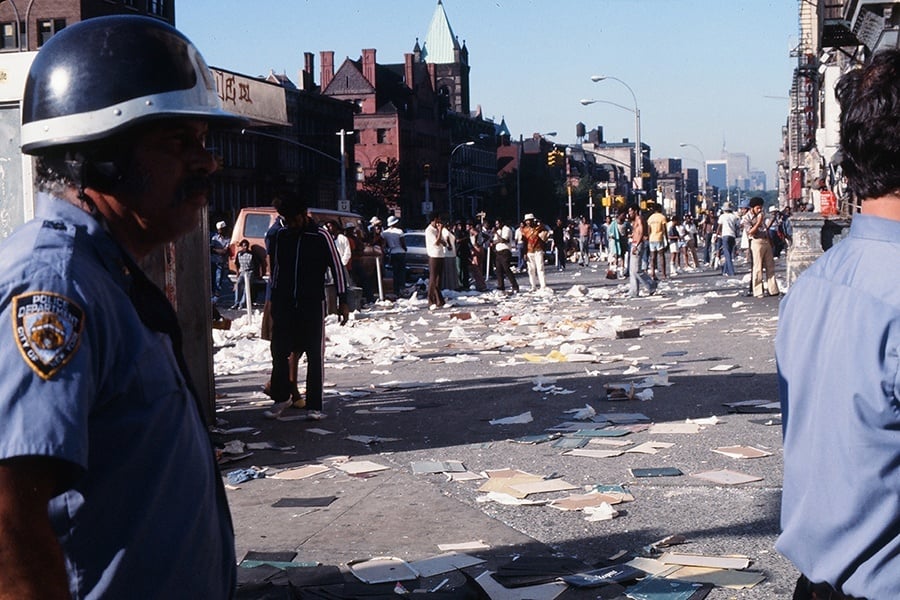 Police officers and passersby stand in front of a damaged storefront, looted in the wake of the New York City blackout.Robert R. McElroy/Getty Images 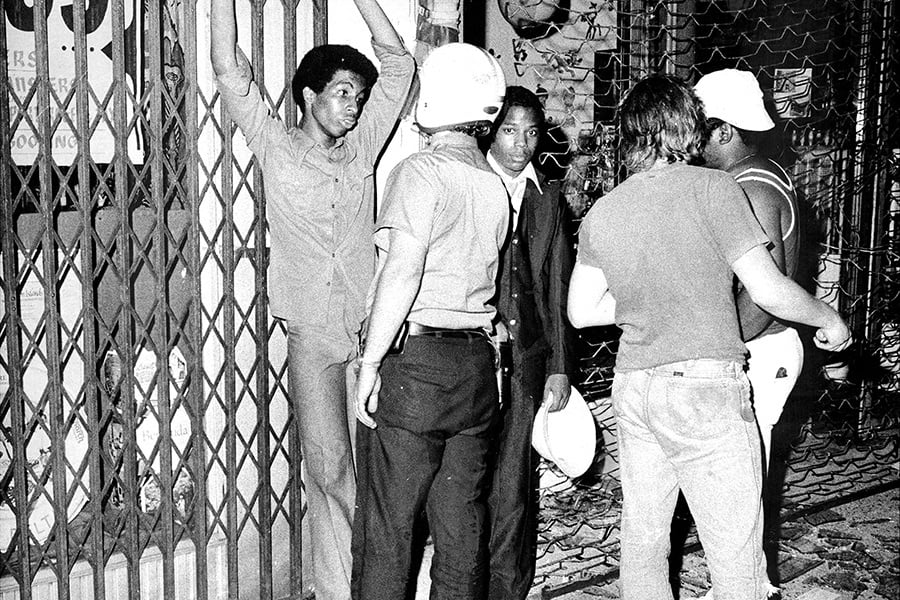 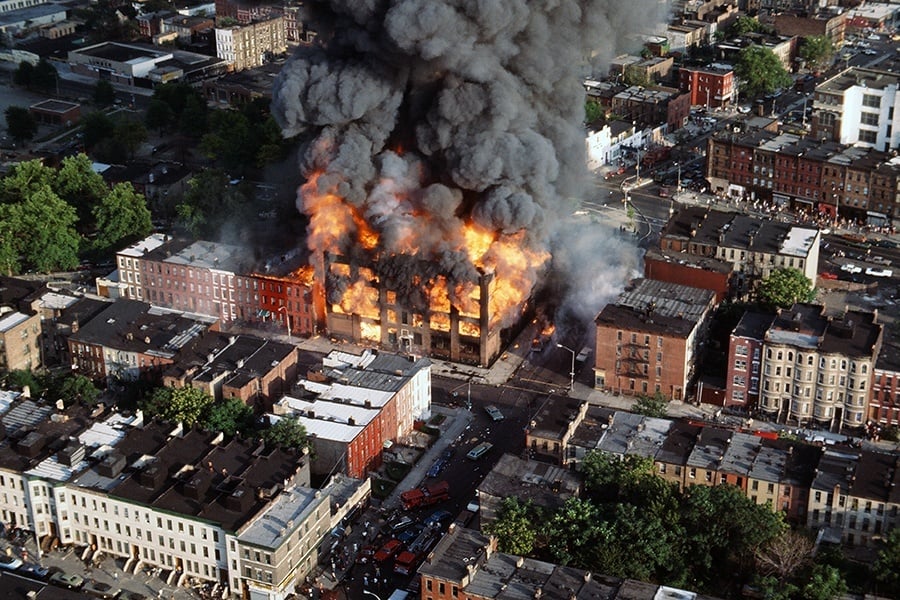 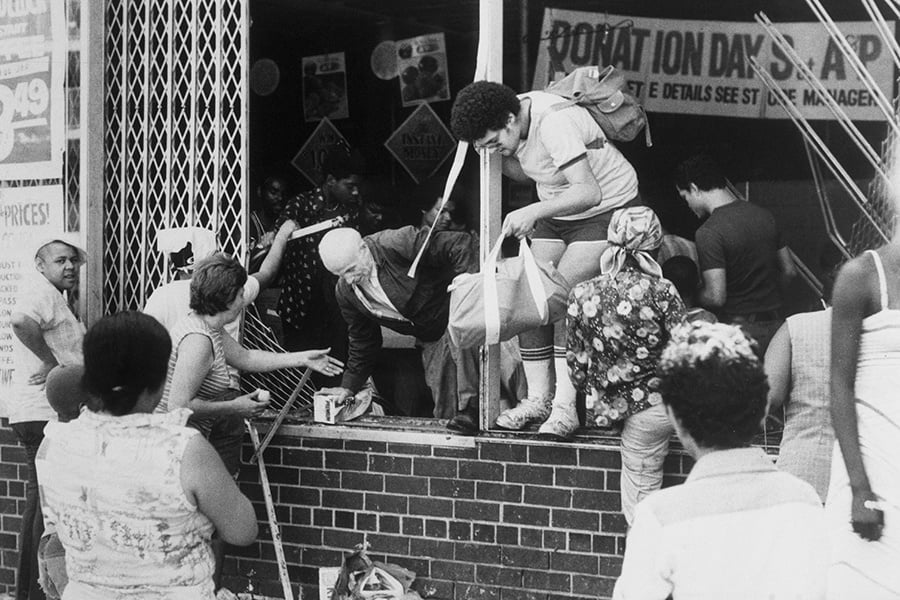 Looters young and old leave an A&P supermarket at Ogden Avenue and 166th Street in the Bronx through a broken window. Authorities arrested thousands of looters in at least three boroughs of the city. 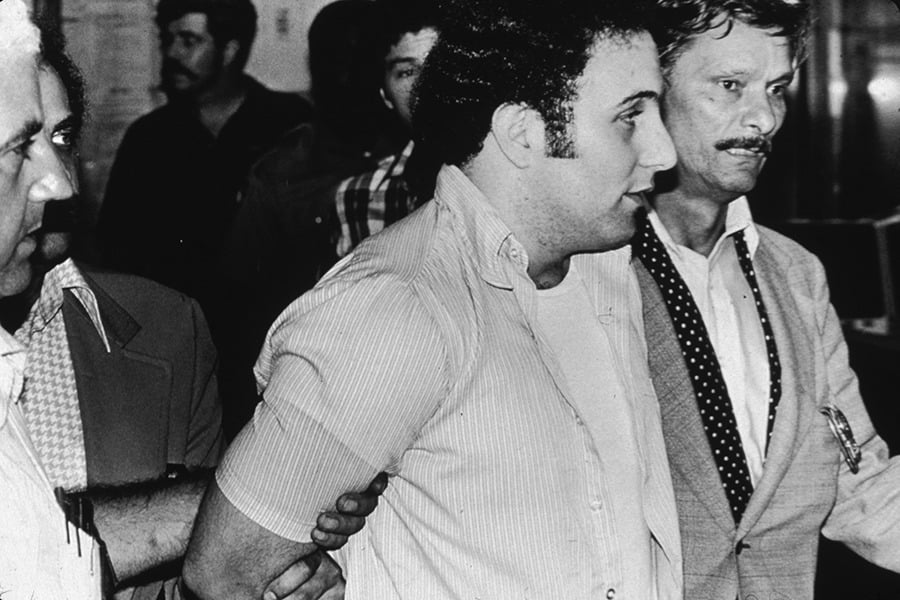 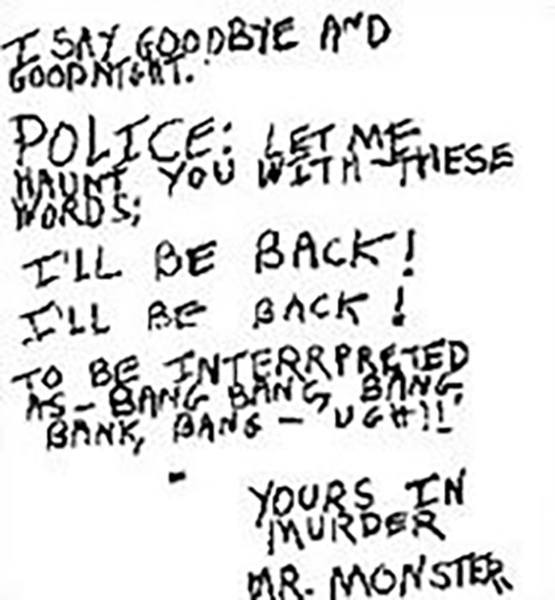 In the summer of 1977, the NYPD discovered a handwritten letter near the bodies of Esau and Suriani, addressed to NYPD Captain Joseph Borrelli. With this letter, Berkowitz revealed the name "Son of Sam" for the first time.

The press had previously dubbed him "the .44 Caliber Killer" because of his signature weapon. The letter was initially withheld from public view, but some of its contents leaked to the press, and the name "Son of Sam" rapidly eclipsed the old name. 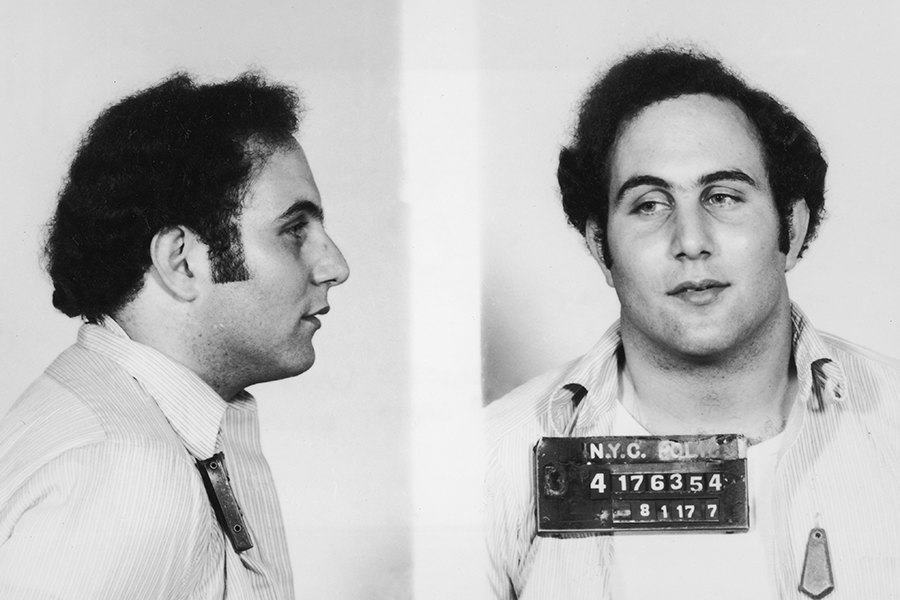 Next, taking some more stunning trips back in time to New York in the summer of 1969, then to the desolate 1970s, and finally to the drug-addled 1980s.