The Crimes Of Pearl Fernandez, The California Mom Who Openly Abused Her Son For Months Before Killing Him

In May 2013, Pearl Fernandez brutally murdered her son Gabriel Fernandez with help from her boyfriend Isauro Aguirre in their California home.

The murder of 8-year-old Gabriel Fernandez horrified Los Angeles. Not only had the young boy been viciously killed by his own mother, Pearl Fernandez, and his mother’s boyfriend, Isauro Aguirre, but he had also been tortured by the couple for eight months leading up to his brutal death.

Even worse, the abuse was no secret. Gabriel often showed up to school with bruises and other visible injuries. But while his teacher immediately alerted social workers to the situation, they did very little to help him. And tragically, no one came to his rescue before he was killed in May 2013.

But who was Pearl Fernandez? Why did she and Isauro Aguirre decide to start torturing an innocent child who couldn’t defend himself? And why did she fight so hard for custody of Gabriel, only to kill him months later?

The Troubled Past Of Pearl Fernandez 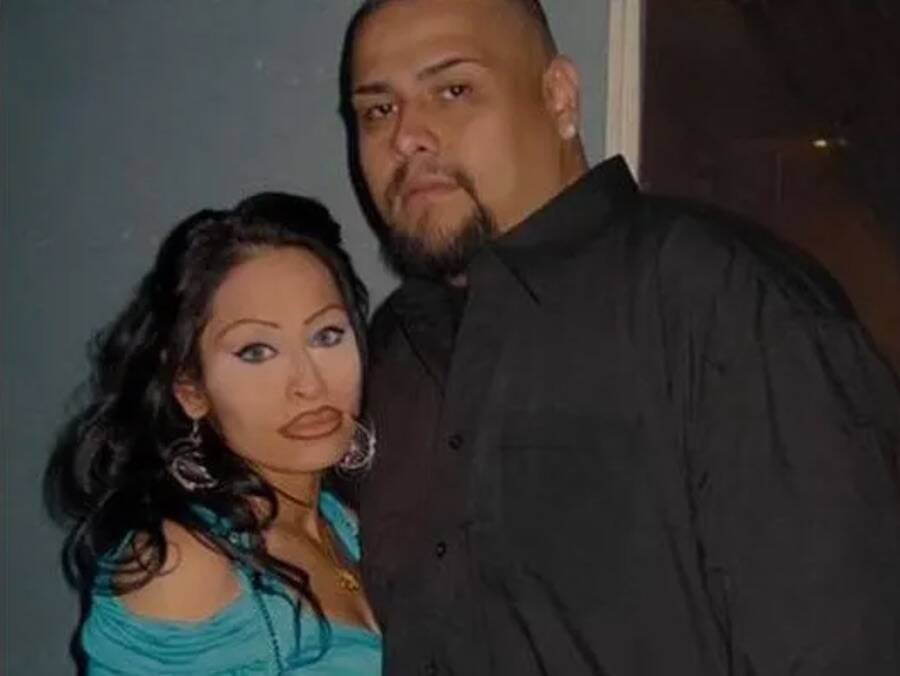 Born on August 29, 1983, Pearl Fernandez had a rough childhood. Her father often found himself in trouble with the law, and her mother allegedly beat her, according to Oxygen. Pearl would later claim that she also endured abuse from other relatives, including an uncle who tried to rape her.

By the age of nine, Pearl was already drinking alcohol and doing illegal drugs. Considering her young age, some experts believe this behavior may have caused some damage to her brain development early on. And in terms of school, she never got anything more than an eighth-grade education.

As she got older, she would later be diagnosed with a variety of health conditions, including depressive disorder, a developmental disability, and possibly post-traumatic stress disorder. Clearly, this was a turbulent situation — and it would only worsen once she became a mother.

When Gabriel was born in 2005 in Palmdale, California, Pearl already had two other young children, a son named Ezequiel and a daughter named Virginia. Pearl apparently decided that she didn’t want another child and even abandoned Gabriel at the hospital to be picked up by his relatives.

Pearl’s family members did not object to this arrangement. By that point, she had already faced accusations of beating her other son, according to Booth Law. And shortly after Gabriel’s birth, Pearl would also face allegations of neglecting to feed her daughter. But she ultimately got to keep her children, and never seemed to face any serious consequences for her actions.

Tragically, this would prove deadly when Pearl took Gabriel back.

Inside The Brutal Murder Of Gabriel Fernandez 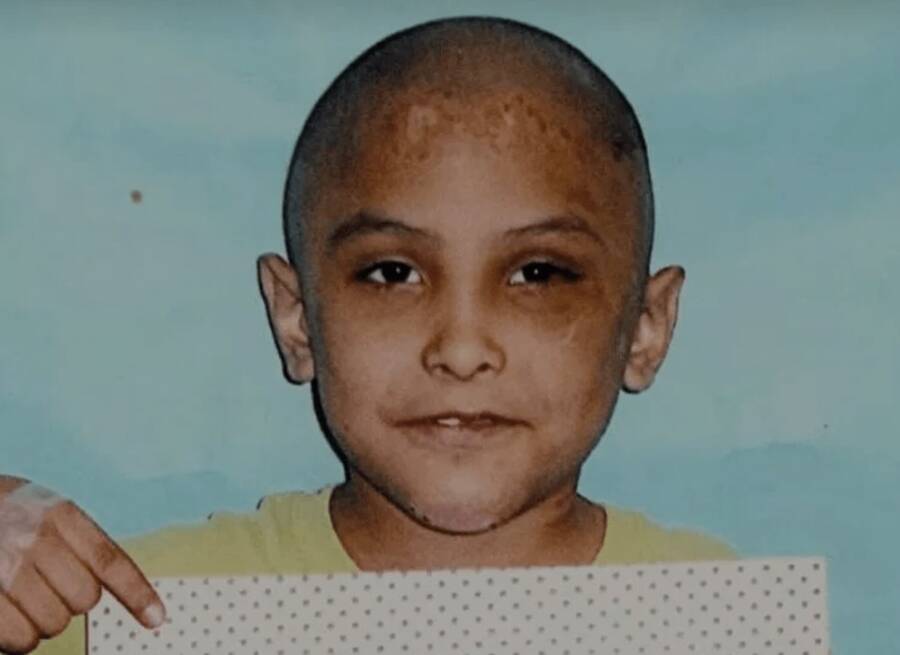 Despite being abandoned at birth, Gabriel Fernandez had spent his first years on Earth in relative peace. He first lived with his great-uncle Michael Lemos Carranza and his partner David Martinez, who doted on him. Then, Gabriel’s grandparents Robert and Sandra Fernandez decided to take him in because they didn’t want their grandson being raised by two gay men.

But in 2012, Pearl Fernandez suddenly claimed that Gabriel wasn’t being cared for and that she wanted custody of him. (Allegedly, her real reason for fighting for custody was that she wanted to collect welfare benefits.) Despite the protests of the boy’s grandparents — and the previous allegations against Pearl — Gabriel Fernandez’s biological mom regained custody.

By October of that year, Pearl had moved Gabriel into the home that she shared with her boyfriend Isauro Aguirre and her two other children, 11-year-old Ezequiel and 9-year-old Virginia. And it wasn’t long before Pearl and Aguirre began abusing Gabriel, leaving him with bruises and facial injuries.

The boy’s first-grade teacher, Jennifer Garcia, quickly noticed signs of abuse when Gabriel showed up for her classes at Summerwind Elementary in Palmdale. And Gabriel did not hide the situation from Garcia. At one point, he even asked his teacher, “Is it normal for moms to hit their kids?”

Though Garcia quickly called a child-abuse hotline, the social workers in charge of Gabriel’s case did little to help him. One caseworker, Stefanie Rodriguez, who visited the Fernandez household, noted that the children at the residence seemed “appropriately dressed, visibly healthy, and did not have any marks or bruises.” And so the abuse of Gabriel worsened.

According to The Atlantic, Pearl Fernandez and Isauro Aguirre shot Gabriel with a BB gun, tortured him with pepper spray, beat him with a baseball bat, and forced him to eat cat feces. The couple also bound and gagged him before forcing him to sleep in a small cabinet that they called the “cubby.” At one point, Gabriel was also forced to perform oral sex on a male relative.

This torture went on for eight months until Pearl and Aguirre gave Gabriel a final, fatal beating. On May 22, 2013, Pearl called 911 to report that her son was not breathing. When paramedics arrived, they were shocked to find the boy with a cracked skull, broken ribs, BB pellet wounds, and numerous bruises. One paramedic even said it was the worst case she’d ever seen.

Though Pearl and Aguirre initially tried to blame Gabriel’s injuries on “roughhousing” with his older brother, it was immediately clear to authorities that the 8-year-old boy was a victim of severe child abuse. And according to The Wrap, Aguirre unwittingly hinted at a motive at the scene of the crime — by telling law enforcement officers that he thought Gabriel was gay.

At the time, this claim confused authorities, who were simply trying to save Gabriel’s life. Unfortunately, they were unable to do so, and he died at Children’s Hospital Los Angeles just two days later, on May 24, 2013.

Where Is Pearl Fernandez Now? 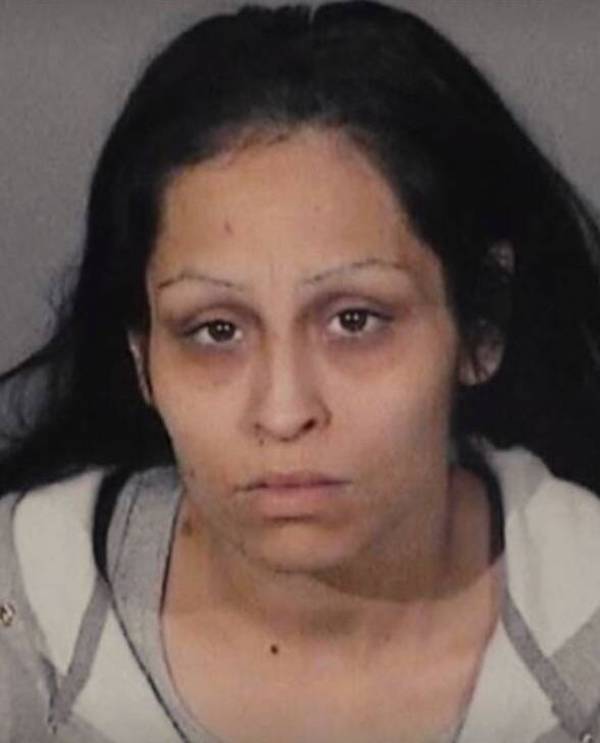 Following Gabriel Fernandez’s death, his mom and her boyfriend were charged with murder. According to NBC Los Angeles, Deputy District Attorney Jonathan Hatami later said in court that he believed Pearl Fernandez and Isauro Aguirre tortured the boy because they thought he was gay.

Gabriel’s older siblings, Ezequiel and Virginia, both backed this claim up in court, testifying that the couple “often” called the 8-year-old gay and forced him to wear girls’ clothing. Pearl and Aguirre’s homophobic remarks may have possibly stemmed from them catching the boy playing with dolls, or the fact that Gabriel had briefly been raised by his gay great-uncle.

Ultimately, Pearl Fernandez pled guilty to first-degree murder and was sentenced to life in prison for the crime. Aguirre was also found guilty of first-degree murder. Though Aguirre was sentenced to death, California has currently suspended capital punishment, so he remains in prison for now. Four social workers — including Stefanie Rodriguez — were also charged in connection with the case, but these charges were eventually dropped.

At Pearl Fernandez’s sentencing in 2018, she said, “I want to say I’m sorry to my family for what I did… I wish Gabriel was alive,” as reported by the Los Angeles Times. She added, “Every day I wish that I’d made better choices.”

Few were willing to accept her apology, including Judge George G. Lomeli. He expressed a rare personal opinion on the case: “It goes without saying that the conduct was horrendous and inhumane and nothing short of evil. It’s beyond animalistic because animals know how to take care of their young.”

Since her sentencing, Pearl Fernandez has been locked up in the Central California Women’s Facility in Chowchilla, California. She reportedly hates it there and has attempted to fight for resentencing, even claiming in 2021 that she was not her son’s “actual killer” and did not intend to murder him.

Just a couple of months later, the resentencing request was denied. Outside the court, a group of people who had gathered in support of Gabriel cheered.

After reading about Pearl Fernandez, learn about five horrifying acts of child abuse that used to be legal. Then, take a look at the story of Jason Vukovich, the “Alaskan Avenger” who attacked pedophiles with a hammer.