The Story Of ‘Fat Pete’ Chiodo, The Mobster Who Was Too Heavy To Be Killed

Peter Chiodo was a high-ranking New York gangster in the late 1980s, until he defied his bosses — then survived their attempt on his life because his weight protected him from the bullets. 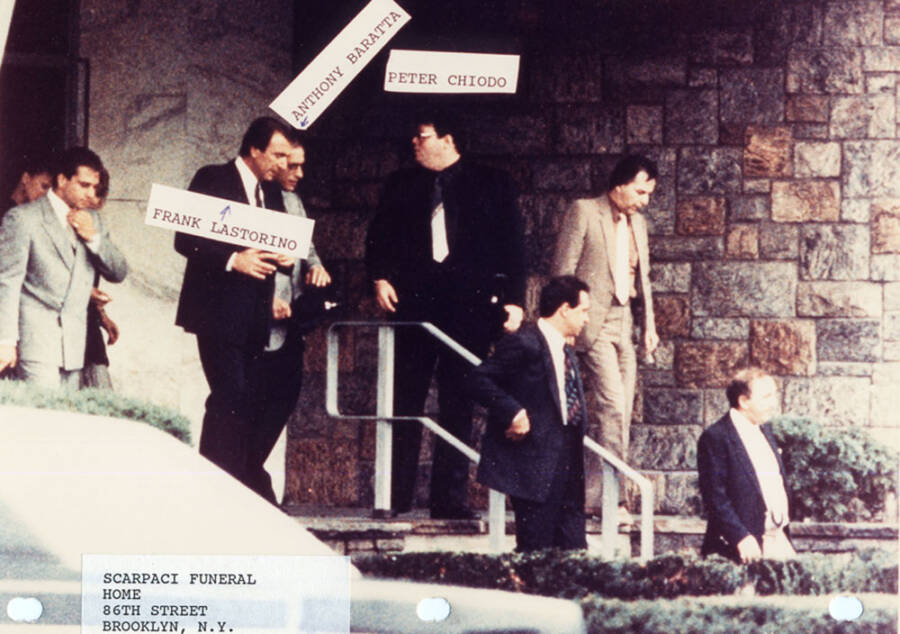 Peter Chiodo, a 400-pound mobster better known as “Fat Pete,” was street-smart enough to survive his own crime family’s vicious internal purges in the late 1980s — but it was ultimately his massive weight that saved his life.

After helping the Lucchese family leadership steal millions of dollars through a replacement window scheme throughout New York City in the 1980s, Chiodo defied his bosses and was targeted for execution by infamous underboss Anthony Casso. But after surviving the subsequent attempt on his life when his weight shielded his organs from the bullets, he turned government witness.

As a mobster, “Fat Pete” Chiodo had made a name for himself through intimidation and violence, but he later proved effective while working on the other side of the law as well during his days as a government witness. And even then, he never lost his humorous side, particularly when it came to his own weight, once telling a judge, “There are not too many people I’m not physically bigger than” as he smiled and rubbed his ponderous belly.

This is the larger-than-life story of mobster Peter “Fat Pete” Chiodo.

Peter Chiodo Moves Up In The Lucchese Crime Family

Peter Chiodo was born in Bensonhurst, Brooklyn, in 1950, though his exact date of birth is unknown, as is much of his early story. Growing up in a Mafia hotbed, Chiodo’s recorded criminal history began in 1970 when he was arrested on narcotics charges. In 1975, he pleaded guilty to state robbery and weapons charges and was sentenced to almost two years in prison.

By the late 1970s, Chiodo was an associate of the Lucchese crime family, forming a friendship with a rising mobster that would impact his life in years to come and kick off the bloodiest years of the family: Anthony “Gaspipe” Casso.

In 1980, Chiodo received a two-year sentence for interstate transportation of stolen property. And standing at six feet, five inches tall, and weighing around 400 pounds, Chiodo’s nickname was no mystery: “Fat Pete.”

In 1987, Chiodo was officially inducted into the family and in 1988, promoted to a captain, or capo, with his own crew. Chiodo oversaw several lucrative union-based extortion rackets, becoming a wealthy man in the process. He purchased a large home in Staten Island, as well as a popular Manhattan bar, then a refuse landfill.

Chiodo, an intimidator, was also a mediator, even appearing before a judge to smooth over a civil suit between Greek and Russian mobsters fighting over a shopping center. Years later, asked whether he had told the judge he was a legitimate businessman, Peter Chiodo said, “I could have. I mean, I surely didn’t tell him that I was a captain in the Lucchese family.” 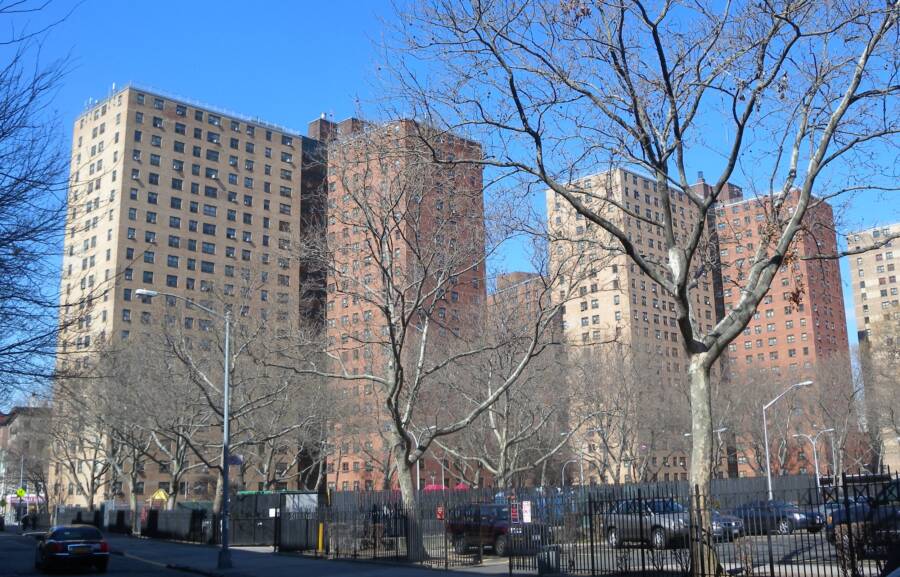 In the 1980s, the New York City Housing Authority decided to replace every window in every housing project building citywide, making it a multimillion-dollar project ripe for plunder by the city’s Mafia families. According to court documents, the Luccheses had gained control of the union responsible for window replacement in New York, Local 580 of the Architectural and Ornamental Ironworkers, allowing them to control the bidding for window installation contracts.

Peter Chiodo was their point man, supervising the labor racketeering activities of Local 580, and extorting illegal payoffs from window replacement companies in exchange for labor peace. Chiodo threw his weight around by funneling payoffs from Local 580 to the Lucchese leadership, and helped force legitimate companies out of the market through intimidation and threats of violence.

However, trouble was brewing. Under new Lucchese boss Vittorio Amuso, and underboss, Anthony “Gaspipe” Casso, the peaceful decades of family leadership in the Luccheses were long gone, and Casso began a murderous campaign in the late 1980s, eliminating anyone he suspected of disloyalty. With homicidal paranoia matched only by Philadelphia’s brutal Nicky Scarfo, Casso ordered murder at the slightest whim.

Then, in 1989, a Genovese family associate directly involved in the windows replacement scheme turned government witness, kicking off a wave of paranoid violence. Bosses Amuso and Casso, already on high alert, also suspected construction union leader John Morrissey of cooperating — and ordered Chiodo to whack him. Chiodo obeyed, luring Morrissey to New Jersey, where he and other family members murdered him on Sept. 17, 1989.

In early 1990, Amuso and Casso fled New York, and went into hiding. They knew indictments were coming in the windows replacement case after Casso was tipped off to the indictments by what he called his “crystal ball” — two corrupt NYPD cops on the Lucchese payroll. Prior to leaving New York, Amuso and Casso named Alphonse “Little Al” D’Arco acting boss. But as a figurehead position, D’Arco had no real executive power, and just acted as a conduit for Casso’s orders.

Chiodo, realizing he would likely die in prison if convicted at trial, pleaded guilty in December 1990. Already on shaky ground with Amuso and Casso, who were dissatisfied with his progress on several murder contracts, Chiodo had unknowingly sealed his fate within the family.

Chiodo knew what was coming, even telling D’Arco, “You and I are going to be killed and hurt. These guys have a habit of marking guys as rats and killing them.”

And on the morning of May 8, 1991, Casso made his move against his former friend. Before departing, Chiodo planned to have his Cadillac’s engine checked at a local garage. When Chiodo arrived and lifted the hood of his car, two shooters appeared from nowhere and opened fire.

However, the first shooter dropped his gun, giving Chiodo just enough time to return fire himself. As the bullets flew, 12 shots hit Chiodo in his arms, legs, and torso. Approaching Chiodo on the ground, the second shooter’s gun slide jammed, and the hitmen departed, assuming Chiodo had to be dead.

Remarkably, Peter Chiodo survived, however, due in large part to his 400-plus-pound girth, which kept the bullets from hitting any vital organs or arteries. While he suffered several abdominal wounds and a disabled right arm, Chiodo lived to see another day — and to inform on the Luccheses. 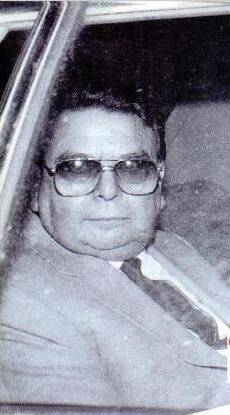 Public DomainPeter Chiodo, in an undated photo. After being shot a dozen times on orders of his former friend, Anthony Casso, Chiodo would turn on the family.

Casso caught wind that, not only had Peter Chiodo survived, but he was likely to testify, and had his former friend and colleague’s lawyer warned that Chiodo’s wife would be killed if he testified. Still, Chiodo — who had turned down several offers to flip before the attempt on his life — became a government witness.

Chiodo’s immediate family quickly entered the witness protection program, collected from their Bensonhurst home one evening in an unmarked van.

In September 1991, as reported by UPI, Chiodo wheeled himself into the courtroom and testified in the windows trial against Amuso and members of other New York families.

Stating he had undergone a “transformation,” Chiodo was asked on the stand what had prompted it.

However, Amuso and Casso weren’t done punishing Chiodo. Violating a longstanding Cosa Nostra rule, they ordered a hit on Chiodo’s civilian sister. On March 10, 1992, Chiodo’s sister was shot through the driver’s side window of her car while returning to her Bensonhurst home after dropping her kids off at school. Suffering wounds to her arm, back, and neck, she also survived her attempted murder.

Then on Feb, 2, 1993, the body of Frank Signorino, Chiodo’s uncle and a Lucchese soldier, was found in the trunk of a car in East New York with several gunshot wounds to the head.

Chiodo’s testimony helped convict boss Vic Amuso, and send 18 others to lengthy prison terms. His testimony would have convicted Casso as well, but Casso ultimately received 455 years following his ejection from the witness protection program.

In July 1997, Chiodo also went on to testify against Genovese crime family boss Vincent Gigante in another windows-related racketeering trial. Due to his testimony, he served no prison time and joined his family in the witness protection program. Peter Chiodo died in January 2016 of natural causes, at the age of 65.

After learning about Peter Chiodo, read about Lucchese Capo Paul Vario, immortalized in Goodfellas Then, learn the inside story of Gambino underboss Frank DeCicco.