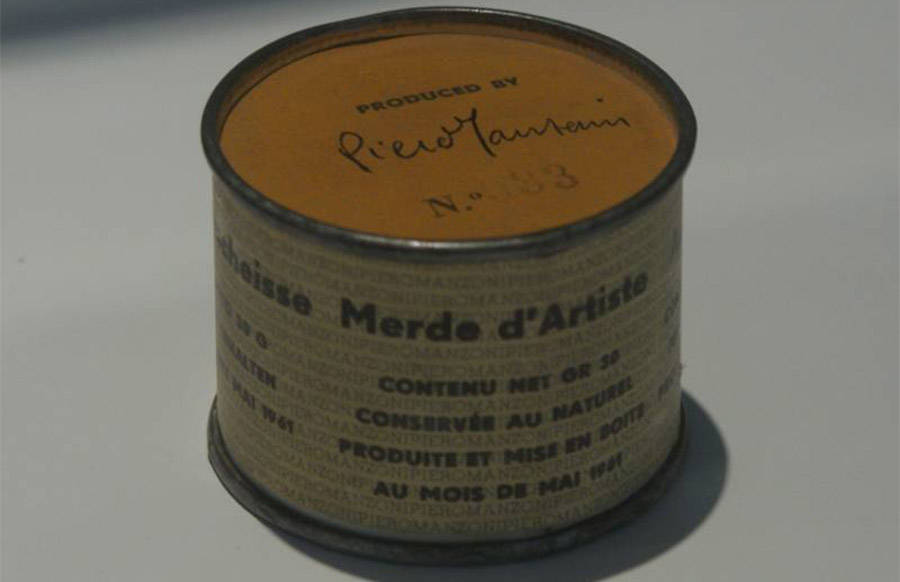 Wikimedia CommonsA can of Piero Manzoni’s shit, circa 1961.

Categorize this artwork beyond avant-garde and into the status of truly weird. In the tradition of Andres Serrano’s Piss Christ photograph, discover the story behind a man’s homage to human feces.

In 1961, one Italian artist named Piero Manzoni decided to fill tin cans with his excrement and call them art.

You read that right. Human poop literally turned into art because a particular person canned it. Manzoni even named his production run “Artist’s Shit.”

Manzoni’s idea actually worked on several layers, from a political statement to his belief that art should contain very personal elements of a person. Tin cans full of poop were as personal as it got for Manzoni.

The label for each can reads, in English, French, and German, “Artist’s Shit, contents 30 gr net freshly preserved, produced and tinned in May 1961.” Each can has an imprint of a number from 1 to 90.

Manzoni didn’t have to go far from home to find his inspiration for his cans.

The artist’s father owned a cannery and took exception to Manzoni’s chosen career. Legend has it that Manzoni’s father said, “Your work is shit.”

The young man took his father quite literally, and with extremely fertile results.

Instead of revulsion, artists bought into Manzoni’s concept with fervor. One person, either a sucker or Manzoni’s personal fanboy, named Alberto Lucia exchanged 30 grams of 18-karat gold for a can of Manzoni’s excrement.

The price of gold at the time meant that Piero Manzoni made around $37 on the sale. That same amount of gold today is worth around $1,400.

Considering a can of green beans is worth 50 cents in 2018, a can of poop for $37 is a pretty good return on Manzoni’s investment. The product didn’t take a lot to manufacture, and Manzoni had a plentiful supply of product (probably because he was full of it).

The Italian invented concept art in which the content of the art is less about content and more about the intent of the artist. In this case, Manzoni was an alchemist turning poop literally into gold.

His work is not without controversy. Some people question Manzoni’s cans are really full of his excrement. The cans are made of steel and therefore cannot be scanned by x-rays to determine their contents. One can exploded open, and it contained plaster much to the dismay of the art world. 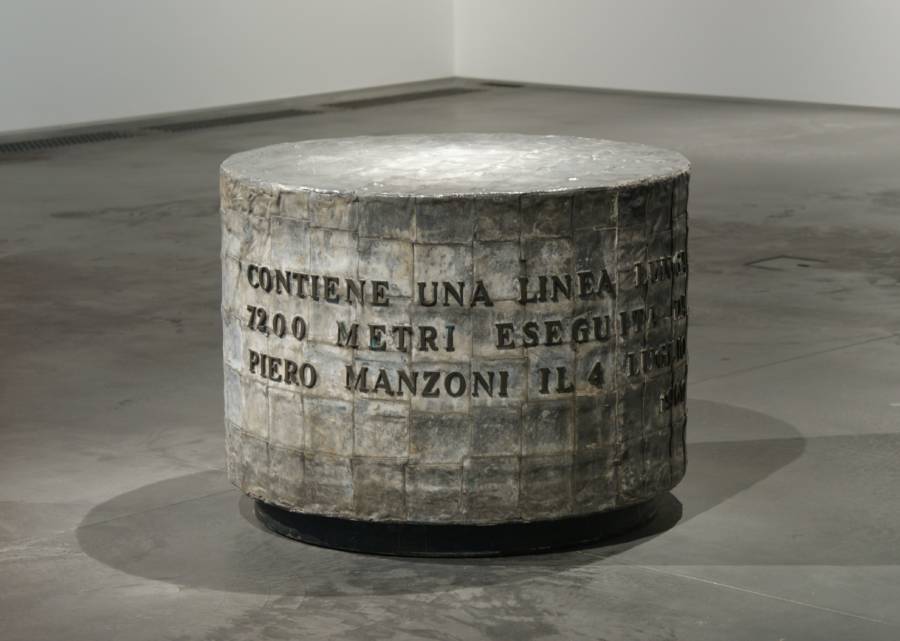 Cans of poop are not the only poopy concept art Manzoni created. Taking cues from Yves Klein, the father of the avant-garde movement, Manzoni became inspired. In 1959, he wrote lines on individual pieces of paper before folding them and sealing them in envelopes. Piero Manzoni signed the outside of the envelopes and they became the artist’s personal expression.

He followed that with balloons filled with his breath and eating hardboiled eggs that had his thumbprints on them. On display in one museum is a line etched in concrete that is 7,200 meters long.

Here’s how Piero Manzoni’s concept art works: if an owner of one of the sealed envelopes opens the envelope to see what’s inside, the art becomes worthless. The same goes for his cans of poop. No one knows for certain what’s inside, but the point is that the artist’s expressions and ideas are what’s valuable. No one knows if Manzoni’s feces are really inside all 90 tin cans, but it’s the artistic expression that makes it worth money to the owner.

Manzoni’s art is as ephemeral as his life. He died in 1963 at the age of 29 after suffering a heart attack. He left behind a large concrete block and 90 cans of poop that are now worth hundreds of thousands of dollars each to the discriminating art collector.

Ponder that the next time you sit down and think of ways to make extra money.

Enjoy this article on Piero Manzoni and his cans of poop? Next, read about the massive fatberg that clogged up London’s sewers . Then read about the “Mad Pooper” who has been defecating on people’s lawns.