See How Pokémon Go Has Taken Over The World

Most of us are aware of the sensation that is Pokémon Go, but you may not realize just how far-reaching this game actually is.

It’s official: Pokémon Go has taken over the world. The game utilizes the GPS capabilities of smartphones, allowing players to “catch” Pokémon in real locations — be it war-torn Syria or pedestrian-packed Times Square.

Love it or loathe it, it seems like the game has caught us, not the other way around: 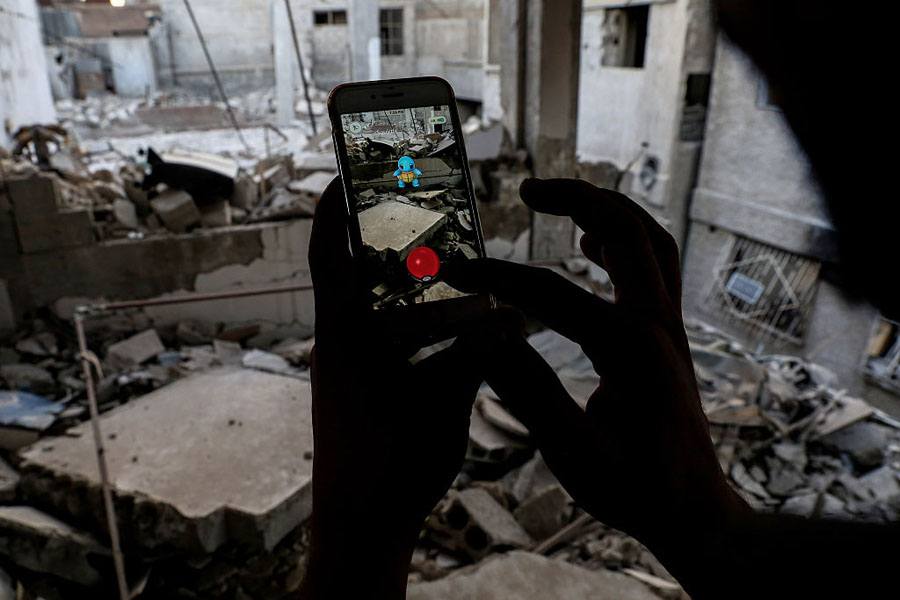 War-torn Syria would seem an unlikely place to play Pokémon Go; yet even among the ruins in the town of Douma, gamers find a way to enjoy the trend. SAMEER AL-DOUMY/AFP/Getty Images 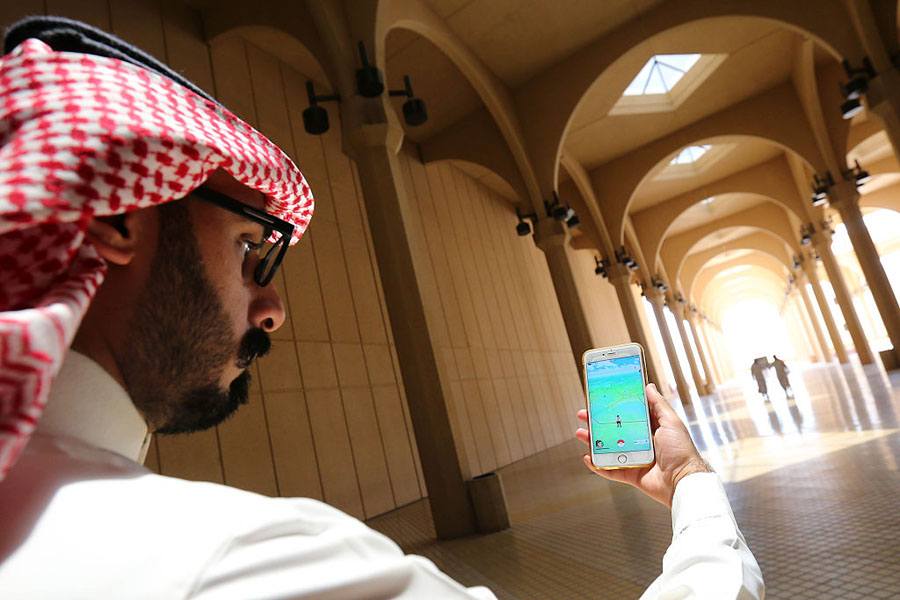 In the capital city of Riyadh, a Saudi man in traditional attire plays Pokémon Go in a grand hallway.STRINGER/AFP/Getty Images 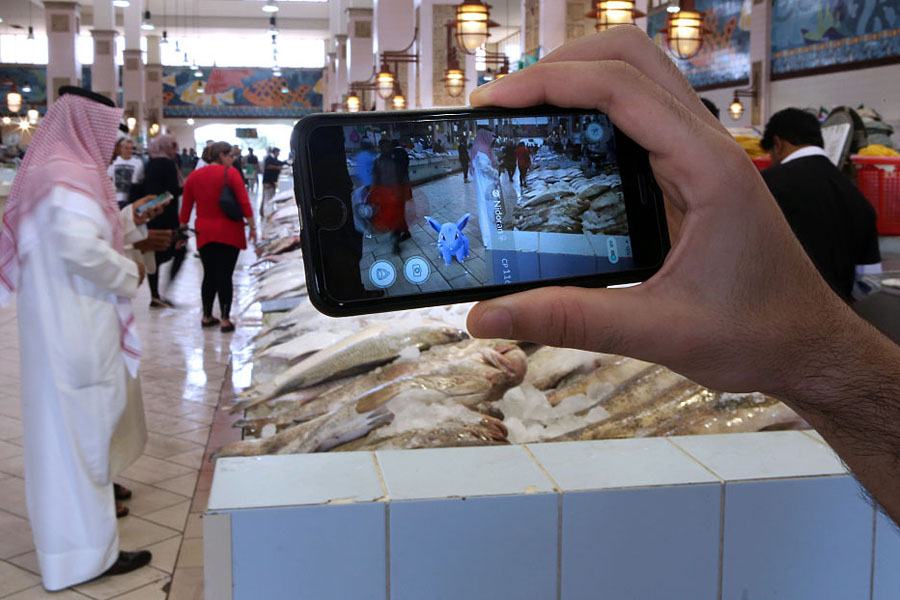 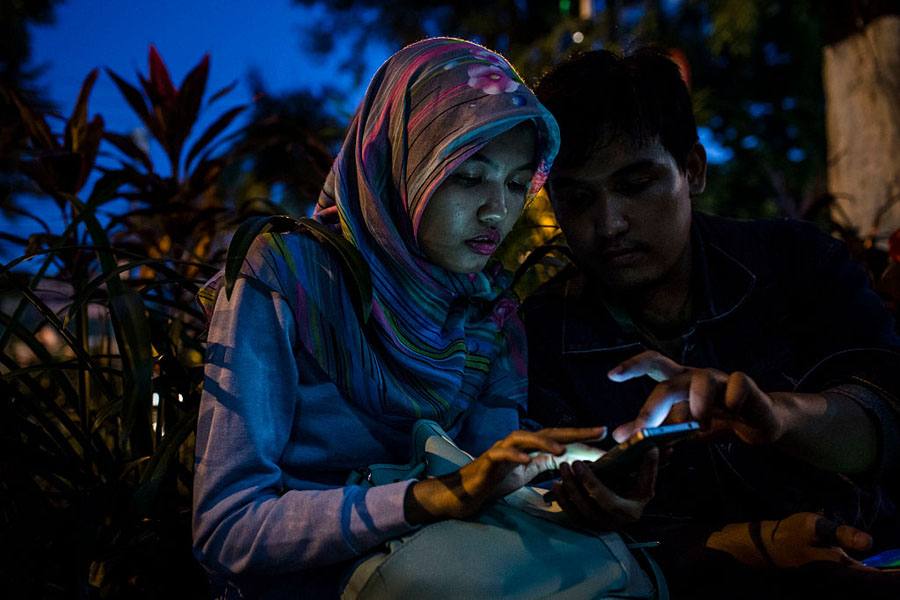 Raditya, an Indonesian Muslim woman, sits with a friend while playing Pokémon Go on her smartphone – even though the game hadn’t been officially released in Indonesia yet. Ulet Ifansasti/Getty Images 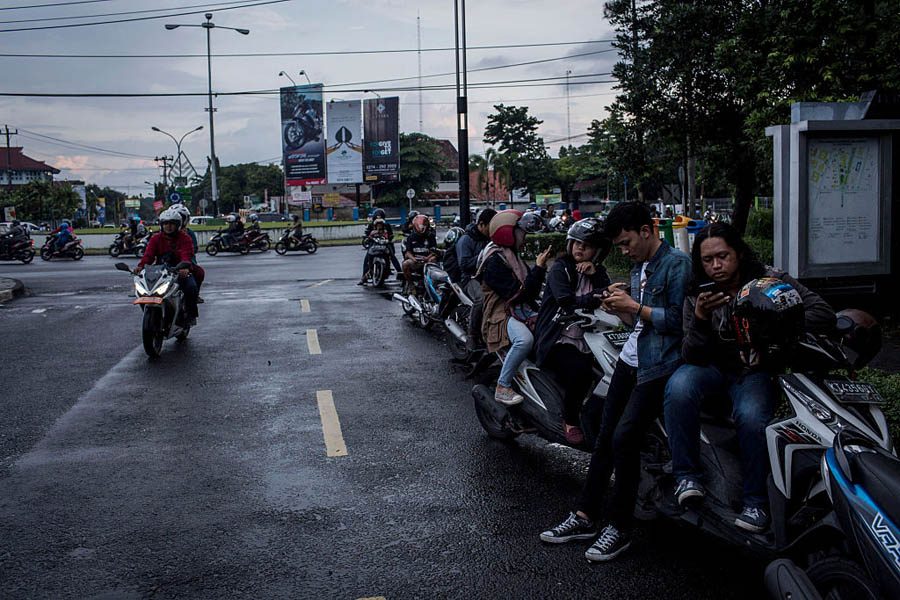 On the streets of Indonesia, young people sit on their motorcycles while playing Pokémon Go on July 23. Downloading the unreleased game is made possible by the use of proxy locations which allow access to app stores of other countries.Ulet Ifansasti/Getty Images 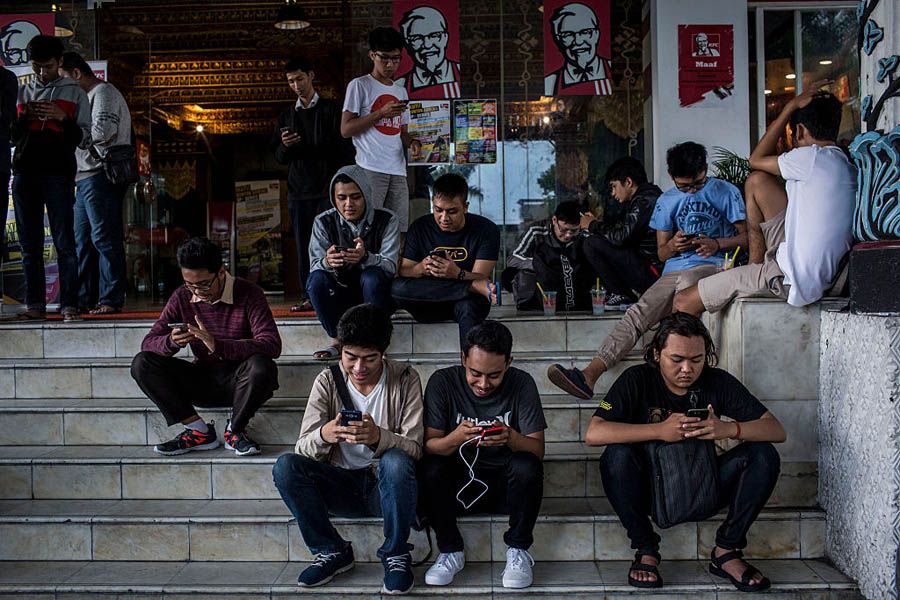 This KFC in Indonesia is among the many opportunistic businesses taking advantage of the highly successful game. Businesses run promotions to attract Pokémon Go gamers to their locations — some using beneficial items from within the game itself to lure the players in. Ulet Ifansasti/Getty Images 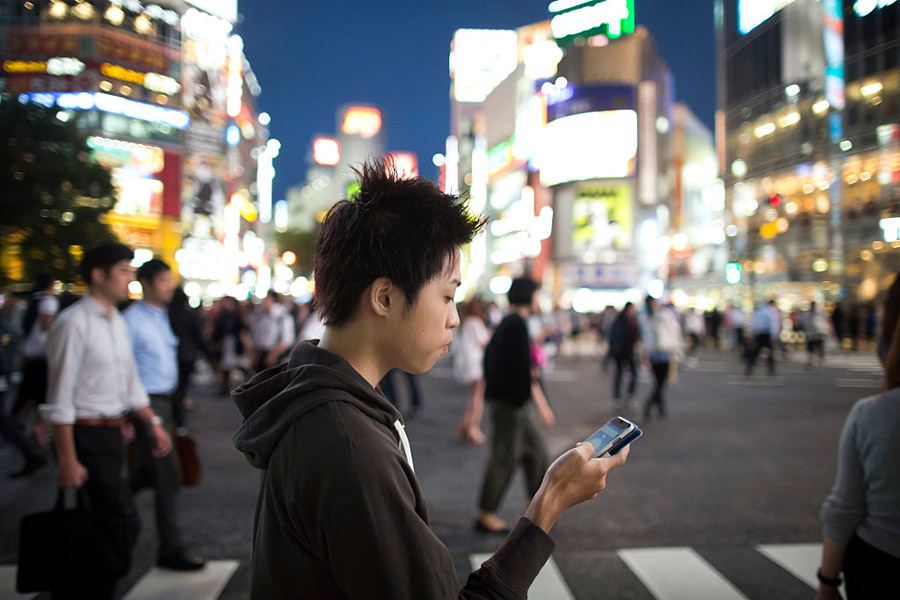 Japan, the birthplace of Pokémon, was surprisingly not one of the first countries to gain access to the new game. The country's July 22 Pokémon Go release was accompanied by the 3,000 McDonald’s restaurants in the country becoming Pokémon Gyms.Tomohiro Ohsumi/Getty Images 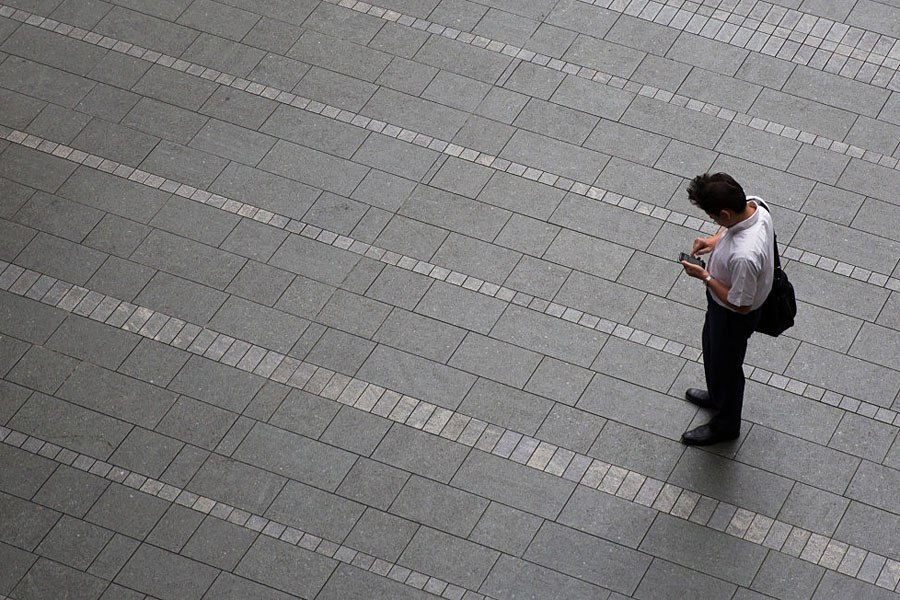 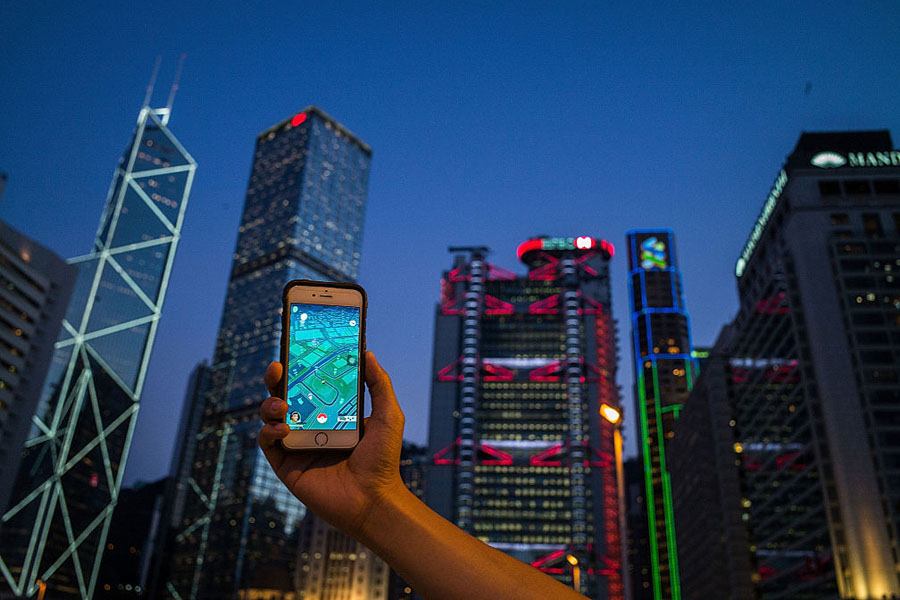 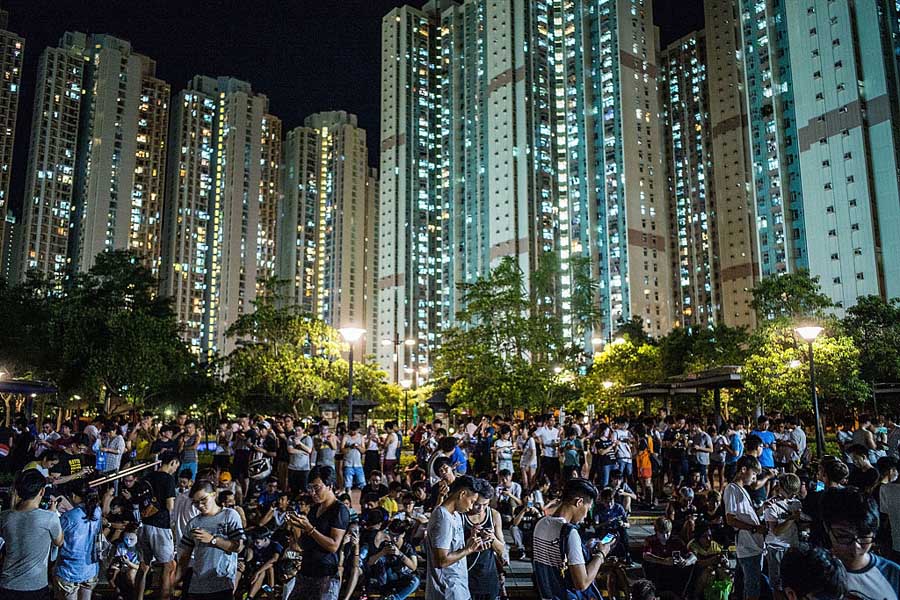 A huge crowd gathers to play Pokémon Go at a park in Tin Shui Wai, Hong Kong. The global phenomenon launched in Hong Kong on July 25th — and was an instant hit.Lam Yik Fei/Getty Images 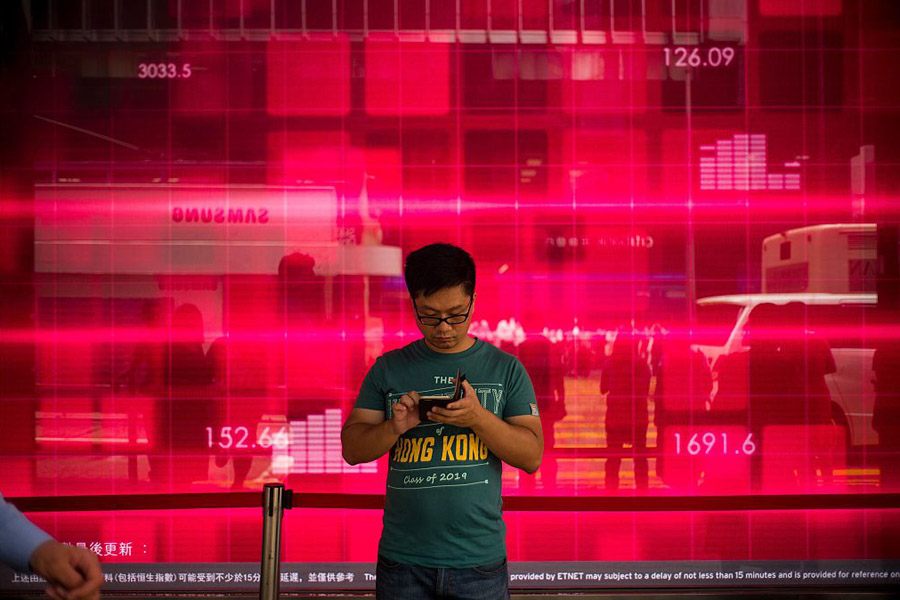 A man in Hong Kong plays the game. The Chinese army — which has a strong presence in the Central district of Hong Kong — has warned people out searching for Pokémon to not stray onto their premises. ANTHONY WALLACE/AFP/Getty Images 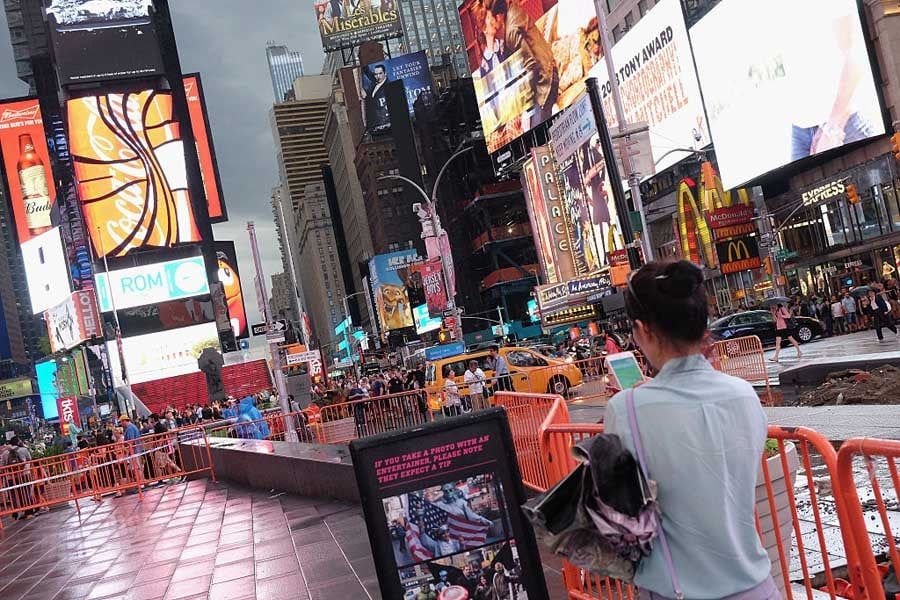 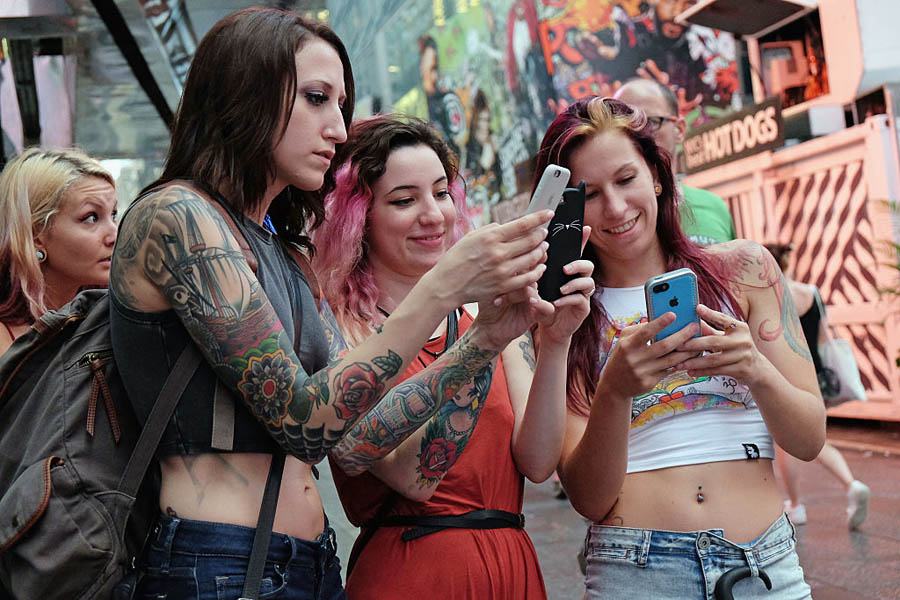 In New York City and around the world, Pokémon Go has been credited for getting people out and active, gaining high praise from many in the health industry.Mike Coppola/Getty Images 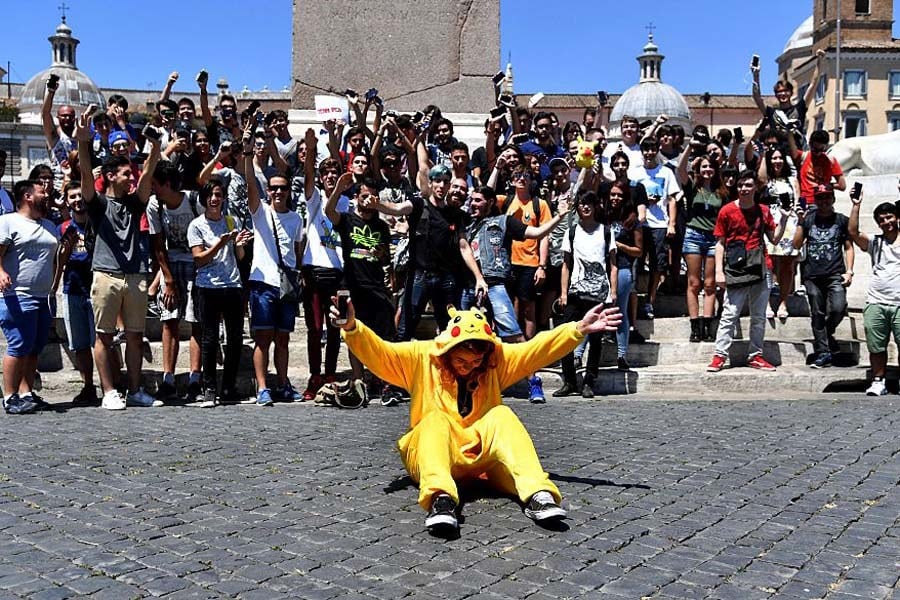 The game is also lauded for bringing people together who otherwise would not have met.TIZIANA FABI/AFP/Getty Images 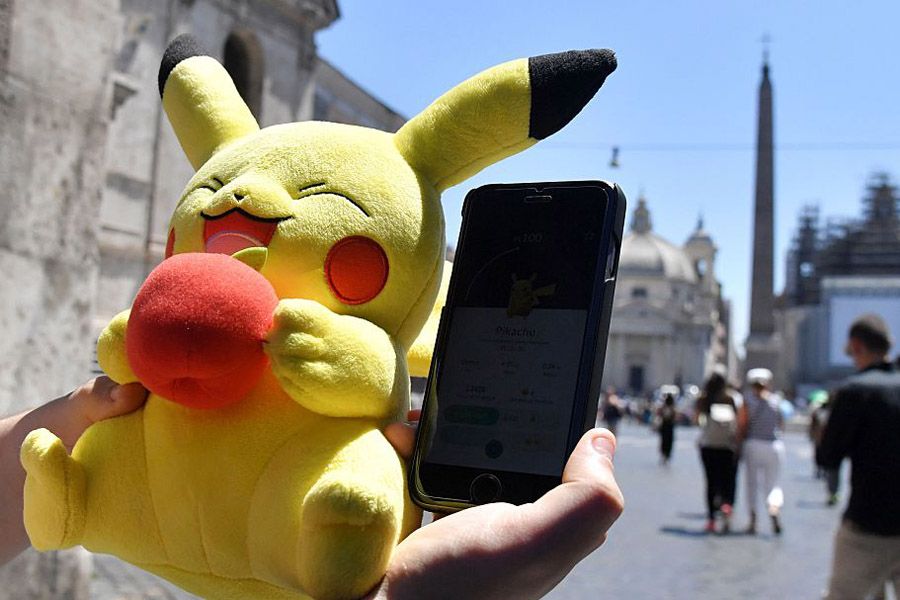 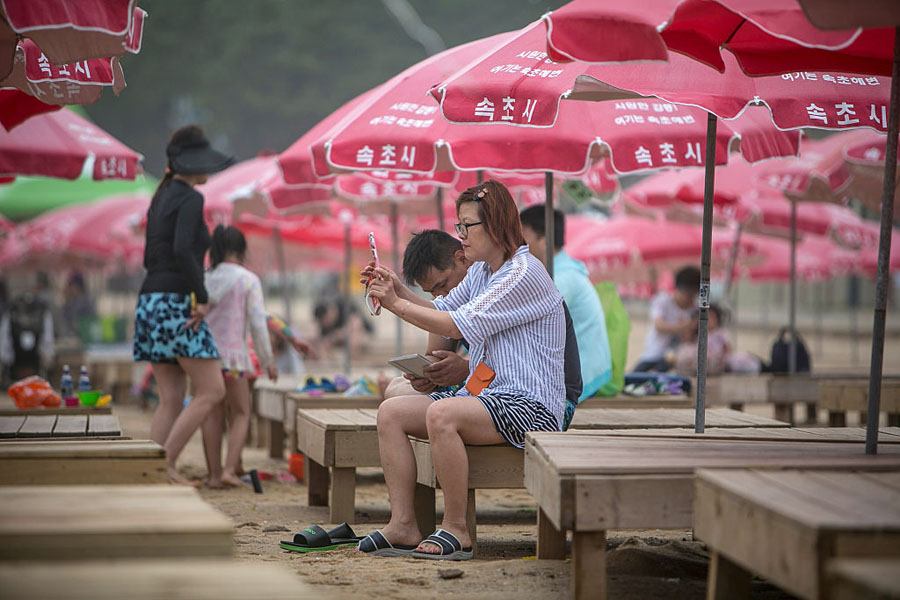 Pokémon Go may never come to South Korea, as the government forbids Google from accessing their maps. However, South Korean gamers have been flocking to the northeastern portion of the country to take advantage of loophole areas that allow them to access the game. Jean Chung/Getty Images 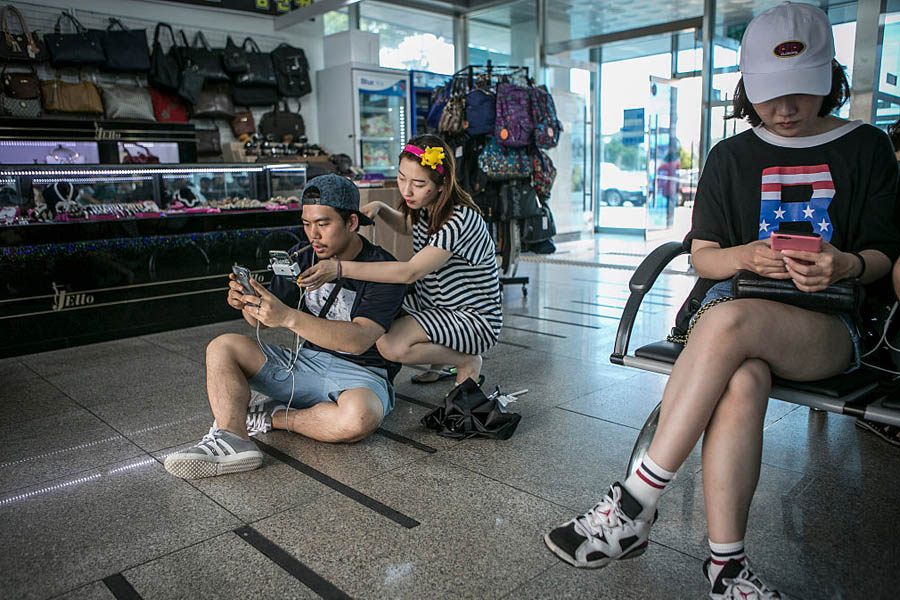 Several South Koreans play in the loophole area of Sokcho, where players have discovered a mapping glitch that allows them to access the game.Jean Chung/Getty Images 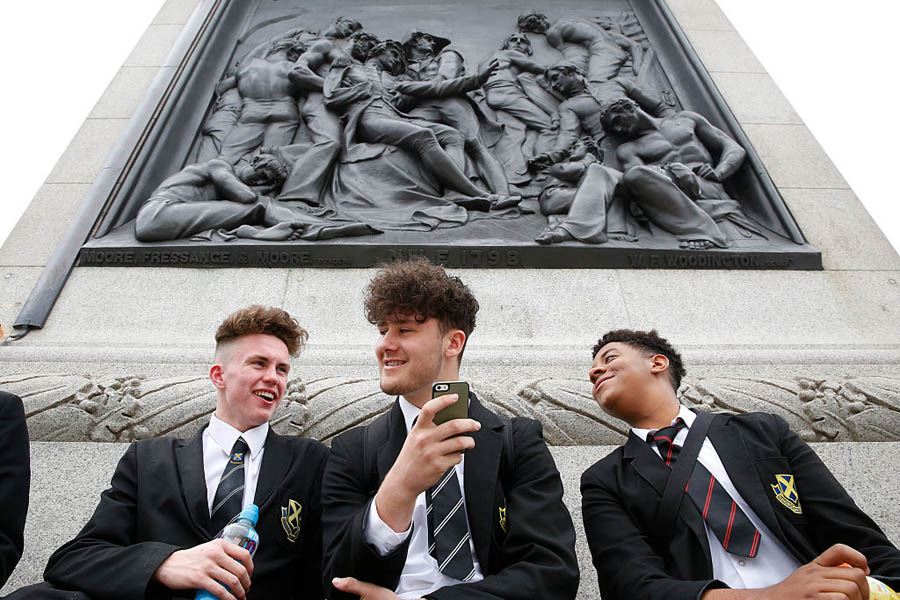 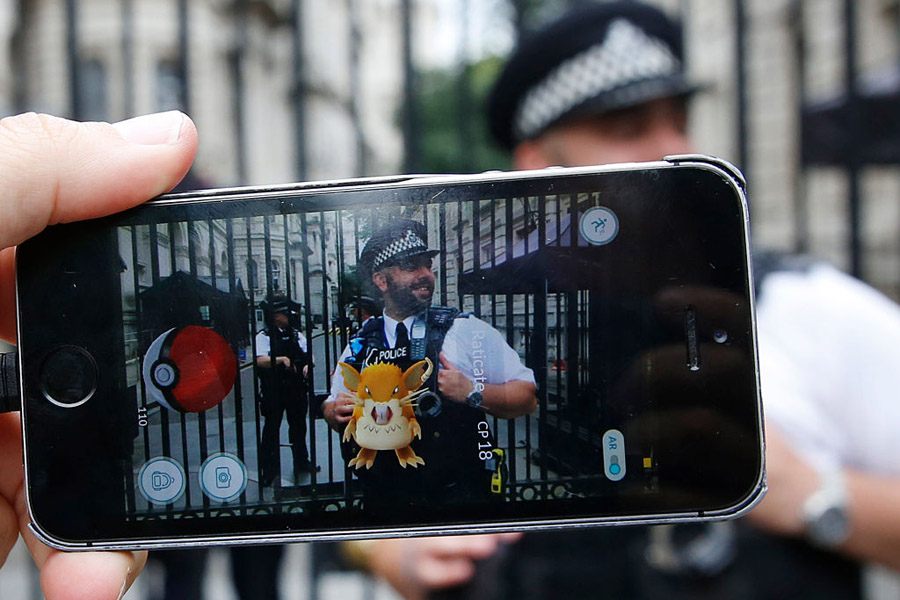 You just never know where a prized Pokémon is going to show up — like this Raticate who appeared directly on a constable outside the gates of Downing Street, London. Olivia Harris/Getty Images 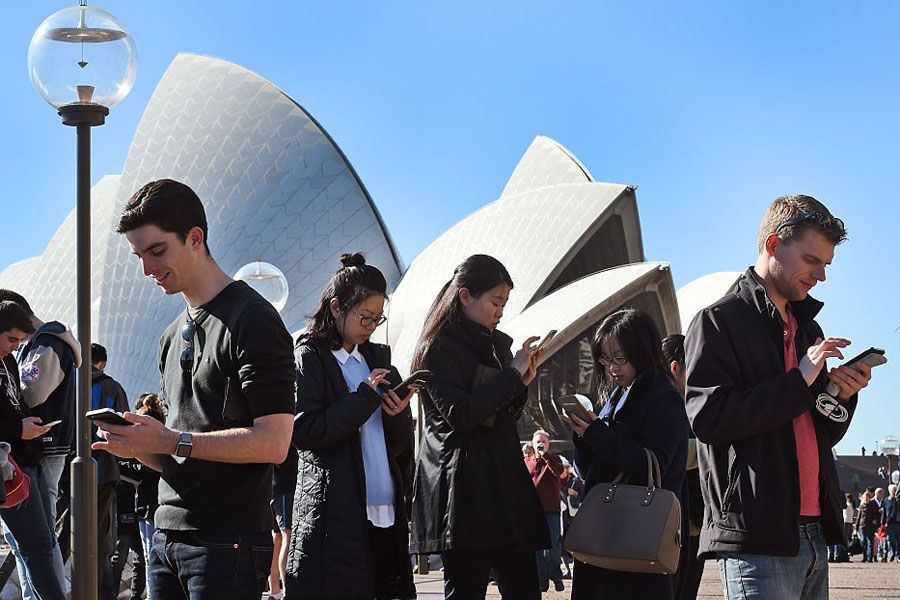 The Sydney Opera House makes a stunning background for the large crowds showing up to hunt Pokémon. WILLIAM WEST/AFP/Getty Images 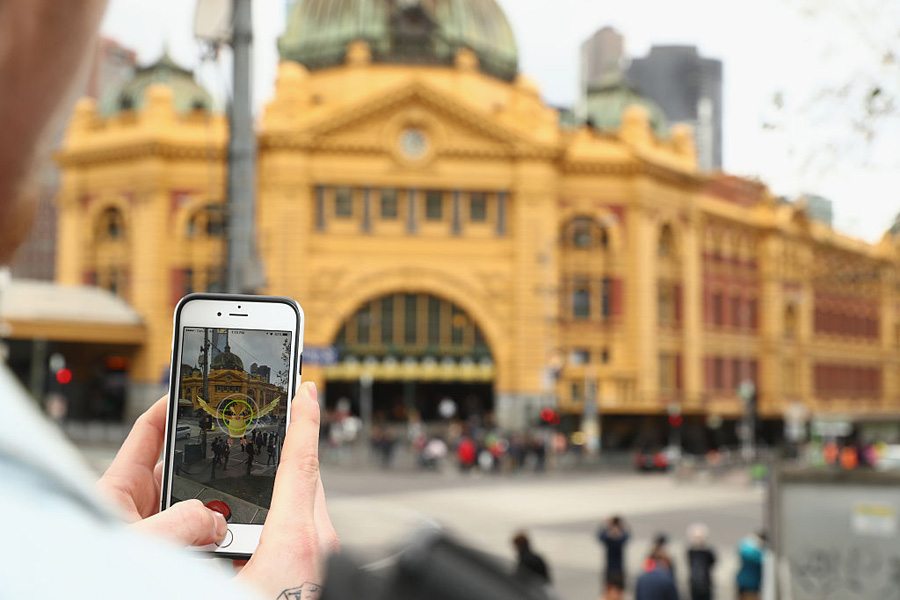 It turns out that just about anywhere can become a PokéStop, gym, or location to capture a prized Pokémon. A PokéStop allows players to gather in-game items that they may have run out of. This capture is happening outside the Flinders Street Station in Melbourne, Australia.Robert Cianflone/Getty Images 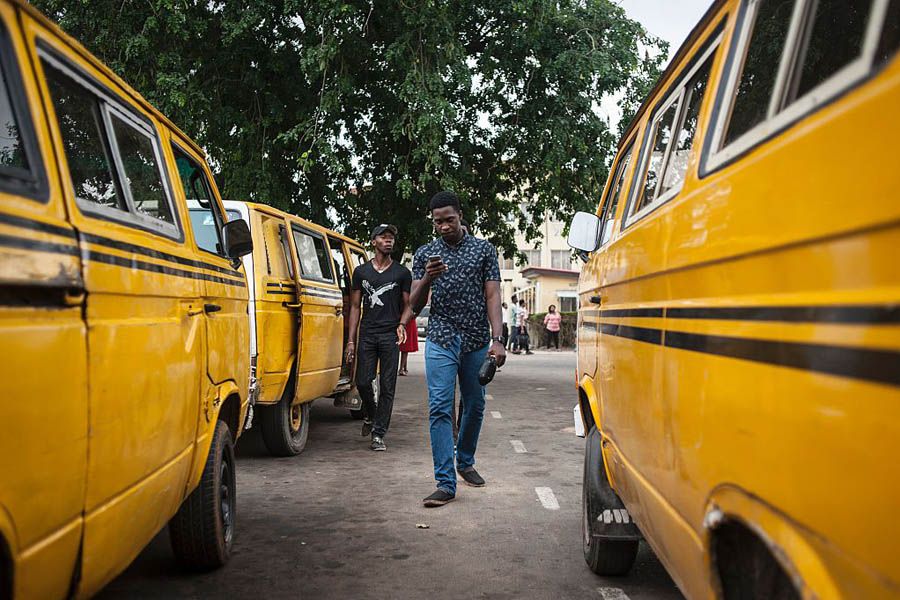 Nigerian software developer Timi Ajiboye hunts Pokémon on campus at the University of Lagos. Though the app is free, in-game purchases have created a steady income stream, grossing approximately $35 million in its first two weeks of release. This makes it the highest grossing app in both Android and iPhone marketplaces.STEFAN HEUNIS/AFP/Getty Images 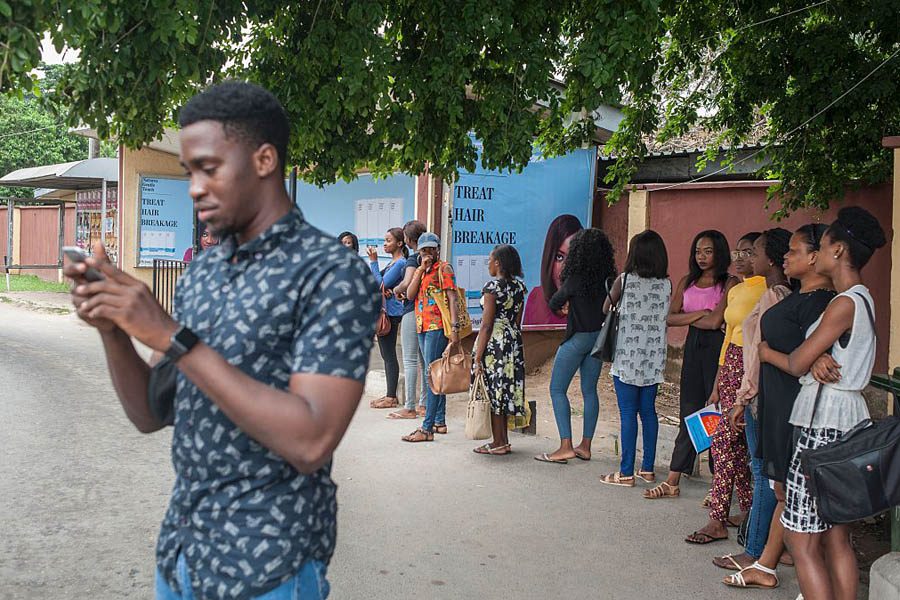 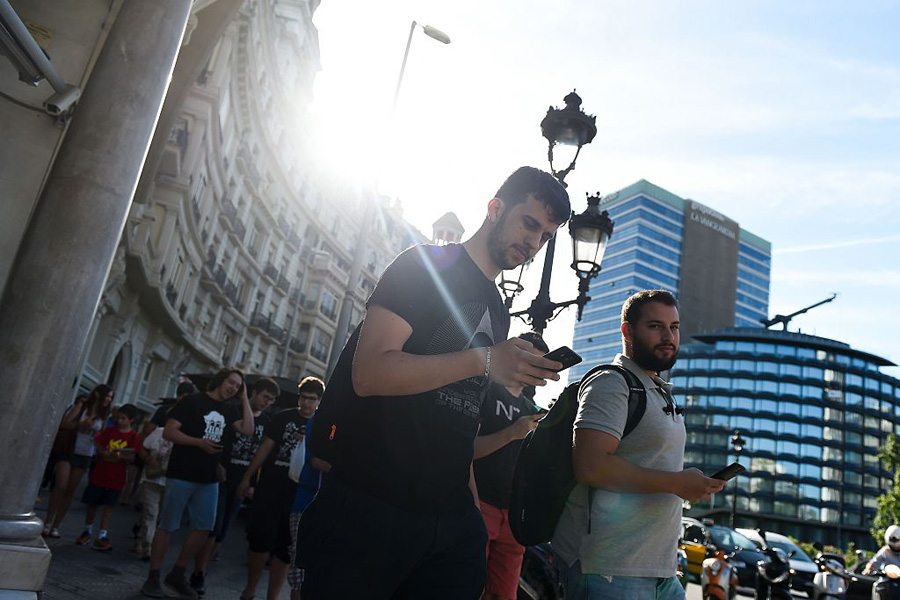 Barcelona’s backdrop of ancient architecture mixed with modern design is another hotspot for the Pokémon Go crowd. As of July 19, the Pokémon Go app had already been downloaded 30 million times, worldwide. JOSEP LAGO/AFP/Getty Images 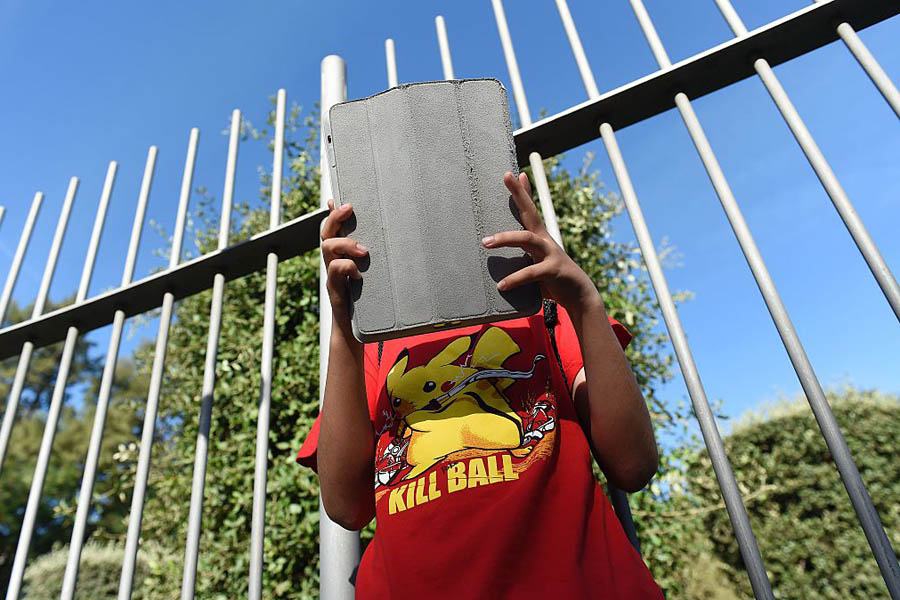 A gamer and his tablet pictured in Barcelona Park. If you notice more people than usual aimlessly walking while staring into their phones and tablets, the Pokémon Go app is probably the culprit. JOSEP LAGO/AFP/Getty Images 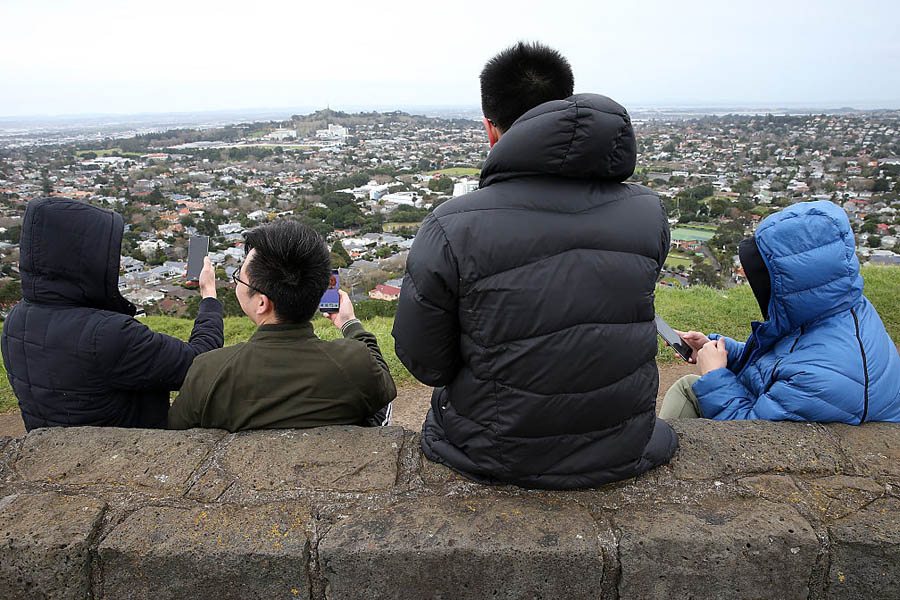 A group of Pokémon hunters gather at Mount Eden in Auckland, New Zealand. New Zealand and Australia were among the first countries to have the Pokémon Go app go live. Fiona Goodall/Getty Images 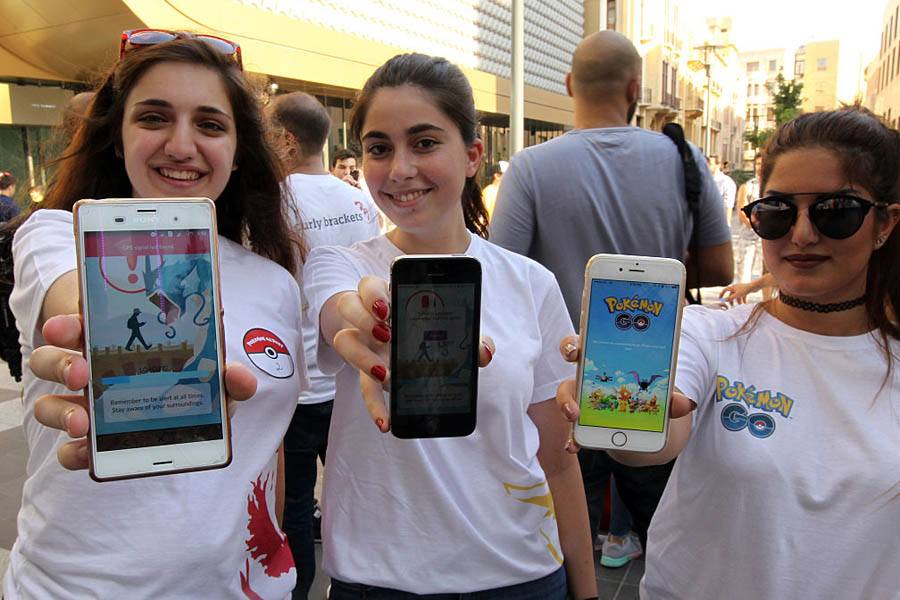 Next, have a look at five of the worst caused within just the first week of the game's release. Then, ready why Saudi clerics issued a fatwa banning the game.