Hundreds of thousands of rape kits sit untested for decades in evidence rooms across the country. 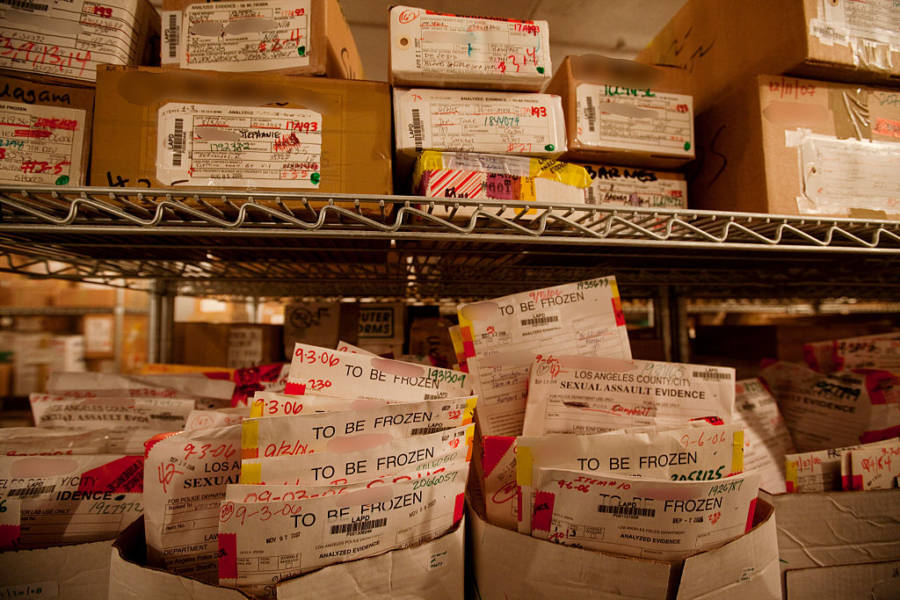 Ted Soqui/Corbis via Getty ImagesThousands of envelopes containing DNA, blood, and other evidence collected from Los Angeles rape victims, sit in LAPD deep freeze lockers untested. The envelopes, often referred to as “rape kits” by law enforcement, continue to pile up in facilities across the country.

In 2013, the city of Memphis, Tennessee announced an evidence backlog crisis: The police department had 12,164 rape kits in its possession that had never been tested.

This was not a unique problem — hundreds of thousands of these sometimes-crucial pieces of evidence still sit untouched in filing rooms across the country — but it is an important one, and one that has likely allowed hundreds of criminals to walk free.

Criminals like Thomas Maupin, who escaped conviction for more than 15 years despite leaving his name at the scene of a bloody sexual assault.

In 2001, Maupin approached a 31-year-old woman who was walking alone down the street. He pushed her off the road, stabbed her with a metal object, and forced her to perform oral sex, according to Fox.

When police surveyed the scene that night, they found a pair of dentures. Apparently without much inspection, these were put in a bag, filed away in an evidence room, and left to sit for more than a decade.

It wasn’t until after a state of emergency was declared by the Memphis mayor in 2013, that investigators began revisiting the thousands of unclosed cases and saw what had been in their possession the entire time: Maupin’s name chiseled into the false teeth. 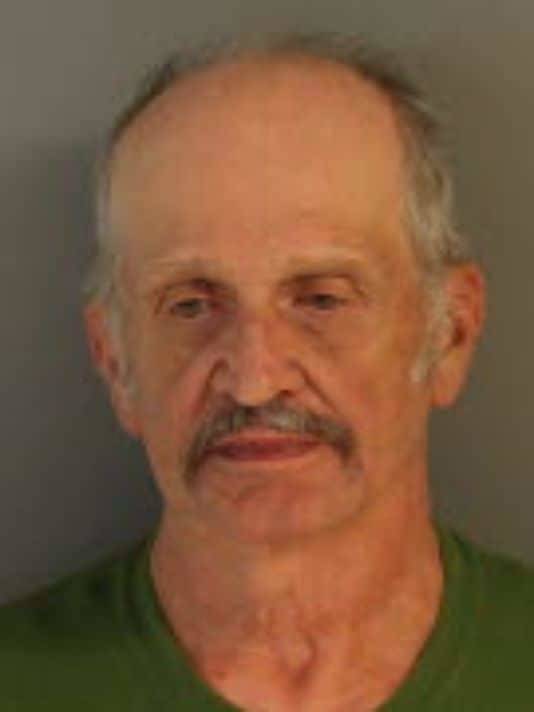 Maupin, now 67, had actually received the dentures years earlier while serving time for the murder of six-year-old Tricna Dawn Cloy.

The little girl went missing in 1988 after attending a birthday party in Spokane, Washington. Maupin, who had already collected an extensive criminal record, met the girl at the party and offered to walk her and and her mother home.

Her body was found six months later and Maupin was charged with felony murder, kidnapping, and rape.

In an unbelievable failure of the justice system, an error at the trial reversed his 480-month prison sentence. He was tried and convicted again, and again an error required the reversal of the conviction:

Thomas Edward Maupin has twice been convicted for the 1988 felony murder of a six-year-old child. His first conviction was overturned by the Court of Appeals because the jury was allowed to speculate that Maupin committed a felony murder predicated upon rape when there was no evidence of sexual intercourse. In the second trial, Maupin sought to introduce the testimony of an alibi witness who would have testified to seeing the child alive and in the hands of persons other than Maupin after the State claims Maupin kidnapped and murdered the child. The trial court’s decision excluding that testimony violated Maupin’s constitutional right to call witnesses for his defense and requires a reversal of Maupin’s conviction and a remand of his case for yet another trial.

Faced with two mistrials, Maupin pleaded guilty and managed to plea bargain a 12-year sentence. He was released in 1997, according to the Spokesman-Review.

The dentures were made while he was serving his Washington sentence.

The piece of evidence was only fully examined last summer, as investigators made their way through the backlog.

As of April 2017, 7,984 of the stockpiled Memphis rape kits had been analyzed and 3,019 are waiting to be tested at the laboratory. As a result of this process, 2,077 investigations have been reopened and 228 requests for indictment have been issued.

Maupin is one of them.

Last week, he pleaded guilty to the 2001 rape and was sentenced to eight years in prison.

Though this is undoubtedly a victory, it is also a depressing indicator of how law enforcement has historically treated sexual assault cases.

Rape kits cost between $1,000 and $1,500 to test, which puts them outside of many city departments’ budgets, according to the organization End the Backlog.

According to our partner @RAINN01 , 6/1k predators serve time in prison. Read this imp. summary re why to test DNA: https://t.co/SoWqqVAFkr

The group is working with state and national government officials to combat this problem. Thus far, 30 states have enacted some form of rape kit reform. But there is still a long way to go.

Only eight states have laws requiring the testing of both current and backlogged kits.

“That means, in most states the decision to send kits for testing is left up to individual discretion,” Mariska Hargitay, the Joyful Heart Foundation‘s president, told representatives on Capitol Hill this month.

“Research has shown discretion to be a major contributing factor in the massive number of untested rape kits sitting on shelves across the country. We join experts in calling for the mandatory submission and testing of every rape kit booked into evidence and connected to a reported sexual assault.”

Next, read the story of Etan Patz, the original milk carton kid whose killer was recently convicted four decades after the murder. Then, read up on six rich and famous people who probably got away with rape and murder.