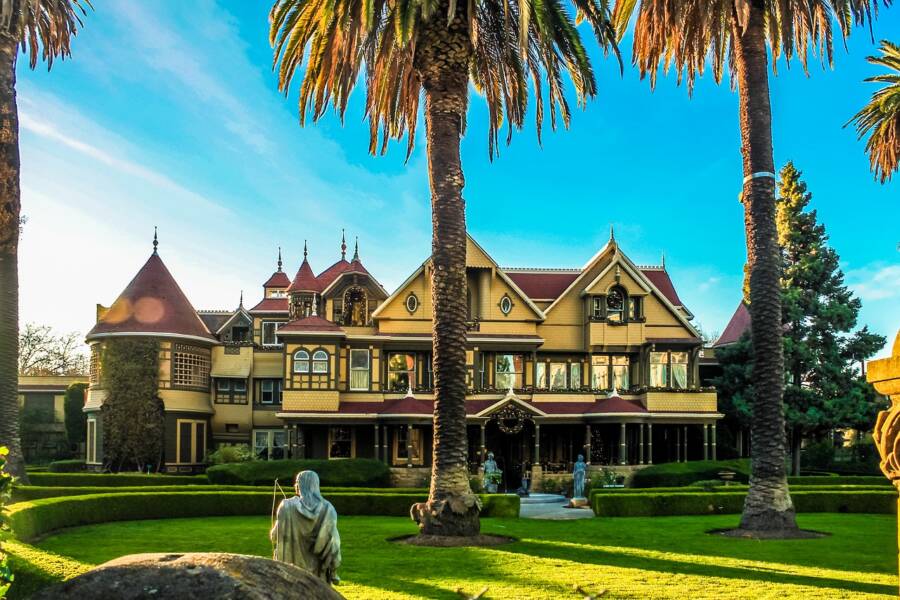 PixabayFrom the outside, the Winchester House looks normal — but it’s totally different once you walk indoors.

Normally, haunted houses are regular homes that become haunted. But the Winchester Mystery House in San Jose, California, is an American haunted house built specifically as a haven from — and for — spirits.

The idea for the house came from a New England woman named Sarah Winchester. A wealthy widow, she’d once been married to William Winchester, whose family produced Winchester rifles. When William died a premature death from tuberculosis in 1881, Sarah sought the help of a spiritual medium.

The medium told her the family was cursed, haunted by the spirits of people killed by the company’s guns. The only way to appease these ghosts and avoid becoming their next victim, the medium said, was to build a great house for them out west. And as long as construction never stopped, she would be safe.

So Sarah got to work. For her, money was no object. She’d inherited hundreds of millions of dollars from her husband, and thousands more poured in every day from Winchester Arms. Indeed, she couldn’t spend it fast enough — but not for lack of trying.

Sarah Winchester threw money at the house she wanted to build. As a result, the Winchester House began to grow and grow. 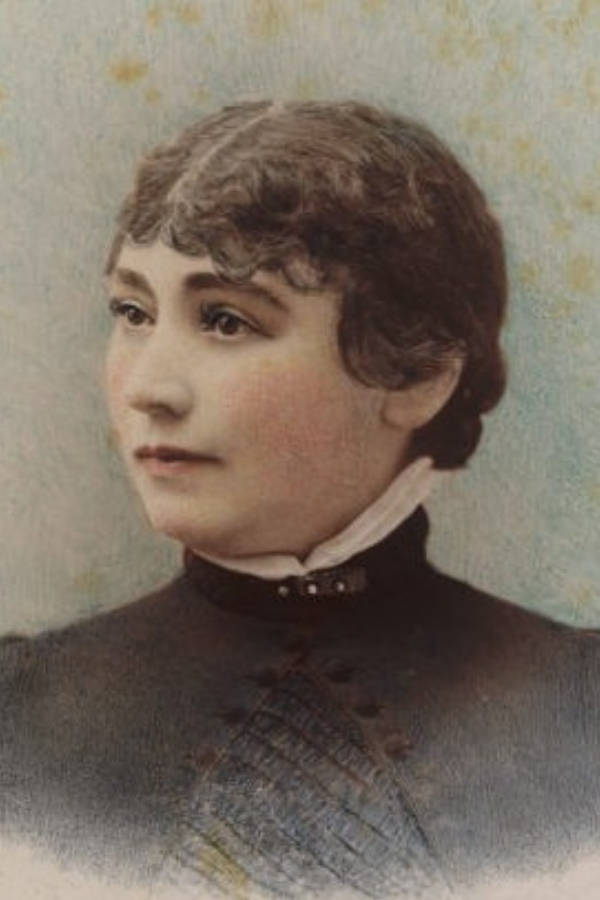 However, her house didn’t make much objective sense. Without a concrete plan, construction advanced haphazardly — this way, then that, a staircase here, a door to nowhere there. And as the house grew, so did its legend.

A February 1895 article in The San Francisco Chronicle claimed that Sarah kept building the house to avoid death. Others say the confusing layout was meant to confound the spirits that haunted her.

“The sound of the hammer is never hushed,” the article said. “The reason for it is in Mrs. Winchester’s belief that when the house is entirely finished she will die.”

Sarah Winchester did die in 1922, after working on the house for 38 years. Today, it’s a maze of abruptly ending hallways, floors with windows, and stairways that ascend into the ceiling.

Many claim the place to be extremely haunted. Guests and employees of the Winchester Mystery House — now a popular tourist attraction — claim to have seen strange shadows, felt a mysterious tug, and heard unexplainable footsteps.