Scientists Make Plan To Save The Arctic By “Refreezing” It

This may be the wildest plan scientists have come up with to keep sea ice from melting. 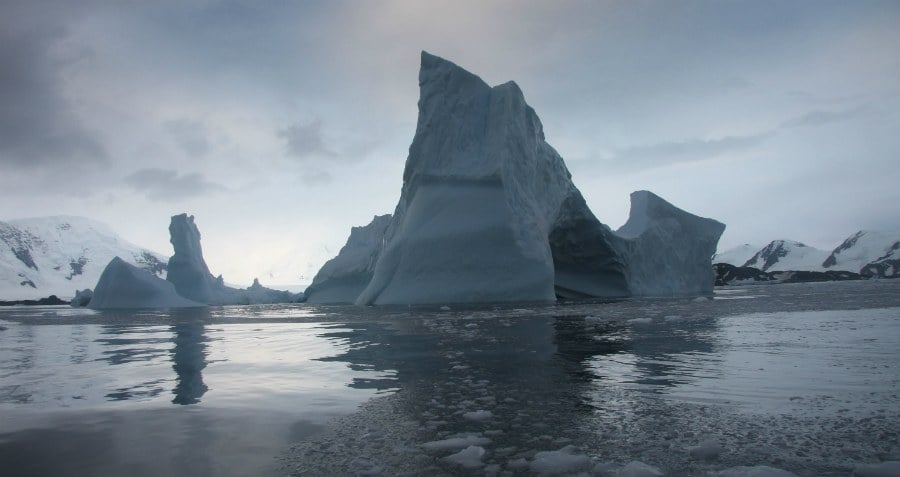 A group of scientists has devised a way to save the Arctic Ocean: re-freeze it.

Recently published in the scientific journal Earth’s Future, the plan calls for 10 million wind-powered pumps to continuously draw seawater up from beneath Arctic ice caps and spray it atop the Arctic. The thinking is that the water will then freeze, and thus thicken melting sea ice.

If successfully implemented, researchers say the sea pumps will deposit over three feet of sea ice atop the Arctic Ocean — and therefore allow existing ice to last longer.

“It is noteworthy that half of the Arctic sea ice currently has a mean annual thickness of only 4.9 feet,” lead researcher and Arizona State University physicist, Steven Desch, according to said.

“Adding 3.2 feet of ice in the course of one winter is a significant change…thicker ice would mean longer-lasting ice,” said Desch. “In turn, that would mean the danger of all sea ice disappearing from the Arctic in summer would be reduced significantly.”

While researchers say adding 3.2 feet of sea ice will buy the Arctic 17 years of more life, they do concede that the resources it requires may keep the project from happening at all.

“If the wind-powered pumps are to be distributed across 10 percent of [the Arctic], this would necessitate about 10 million wind-powered pumps,” the study’s authors wrote. “As a round number, we estimate about [22,046 pounds] of steel would be required per device.”

That’s a lot of steel. Ten million wind-powered sea pumps would require 100 million tons of steel — 16 percent of the world’s production — and likely international collaboration. After all, the U.S. only produces 80 million tons each year, and researchers have placed a $500 billion price tag on the project, according to The Guardian.

Even if they proceed with their endeavor, Desch and his team face an uphill battle. The increasing pace of climate change has caused Arctic sea ice to dwindle quicker and quicker over the years. If the ice is not replaced soon, the Arctic — whose ice reflects solar radiation and thus keeps the planet cooler — will experience its first ice-free summer by 2030.