Robert Chambers murdered 18-year-old Jennifer Levin in cold blood. And his run-ins with the law didn't end there. 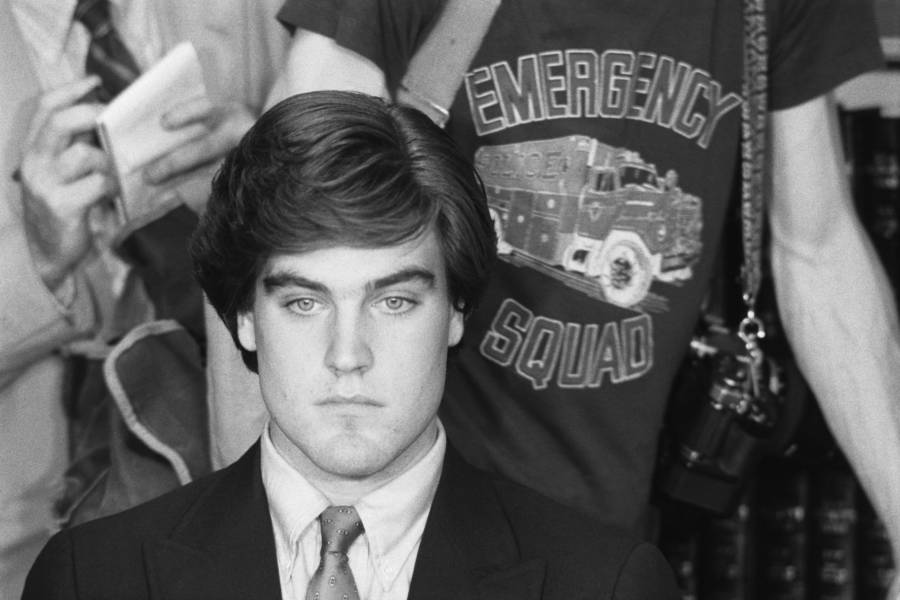 Getty ImagesRobert Chambers, the “Preppy Killer” who murdered 18-year-old Jennifer Levin, released from the Rikers Island jail on $150,000 bond in 1986.

Handsome, well-educated, but deeply troubled: Robert Chambers was a total knockout with a dark personality. Indeed, he gave a whole new meaning to the term “triple-threat.” He had steely blue eyes and thick hair, but he was a hard partier who drank too much and did hard drugs.

Chambers’ partying and lack of a moral compass eventually led him down a path toward headline-making murder when he strangled 18-year-old Jennifer Levin in cold blood in 1986.

A Working-Class Kid In An Elite World

Judging by appearances, Robert Chambers came from an elite family. The youngster attended some of the premier prep schools in New York and Connecticut and later attended a private university in Boston, but in reality, the man who would become known as the “Preppy Killer” wasn’t very well-off at all.

Born in 1966 to hardworking Robert Chambers Sr., a video cassette distributor and later a credit manager, and Phyllis, a private duty nurse, Robert Chambers Jr. endured his parents’ divorce and went on to live with his mother full-time. Phyllis worked hard to pay for Chambers’ prep schools, though he did often receive scholarship money.

“She wanted the best. She always worked hard. Gave me not only what I wanted, but what I needed, which might have been a good education, although you know I screwed that up myself.”

Attending elite prep schools in New York and Connecticut could have been a prime opportunity for the working-class boy in the upper-class circles, but instead, he was kicked out of school after school for a combination of bad grades and partying. Chambers just couldn’t maintain academic or behavioral standards. 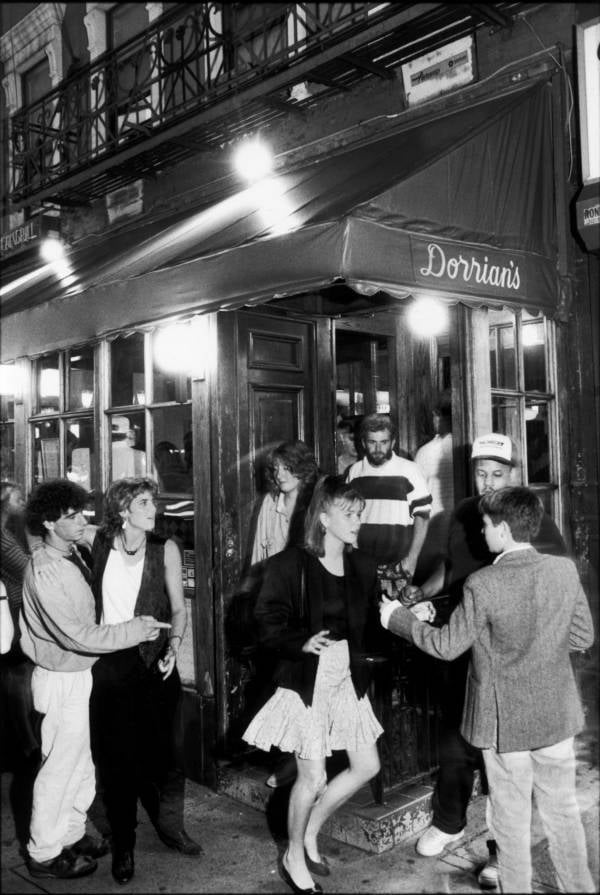 Michael A. Smith/The LIFE Images Collection/Getty ImagesOutside Dorrian’s bar in New York’s Upper East Side where Jennifer Levin and Robert Chambers met up before he killed her.

“I didn’t take life seriously,” Chambers later said in an interview with CBS.

Attending Boston University didn’t help his case, either. He only lasted a semester there before being kicked out for partying yet again, but by this time, Robert Chambers had figured out a way to pay for things on his own terms. He stole things from his rich neighbors, he also dealt drugs and often supplied cocaine to his classmates in prep school and in college.

The Preppy Killer admitted he had an addiction-prone personality. He regularly spent $300 a week on cocaine, the money for which he had stolen. Authorities additionally believe that he stole up to $70,000 worth of jewelry from the homes of friends and neighbors.

The Murder Of Jennifer Levin

The hard-partying life of the dashingly handsome Robert Chambers finally caught up to him. He avoided prison time for his petty theft charges by going to rehab but then he found himself in some much worse legal trouble. 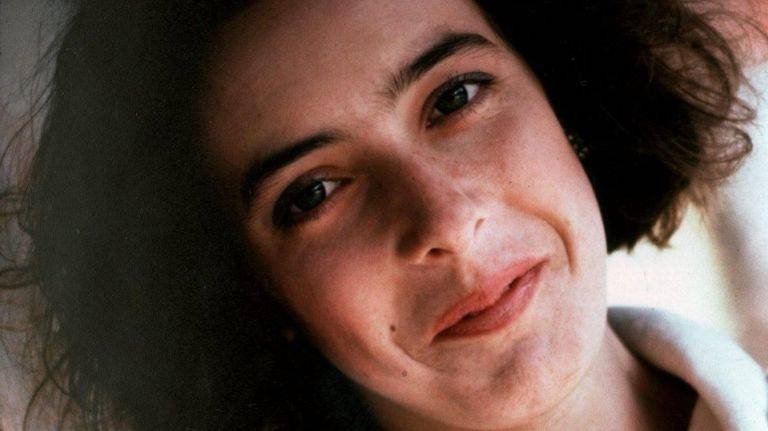 On Aug. 25, 1986, Chambers and friend Jennifer Levin met by chance at Dorrian’s Red Hand in Manhattan’s Upper East Side. The two had been on a few dates before but though “she was a friend to me. I was not a friend to her,” Chambers explained to CBS, “I wasn’t a friend to anybody at the time.”

The pair left the bar together around 4:30 AM on Aug. 26. Chambers was reportedly upset because his then-girlfriend had arrived at the bar and gotten into an argument with him, presumably because Chambers was making moves on Levin.

Chambers and Levin, then 20 and 18 respectively, walked through Central Park after leaving the bar. The full story of what happened next may never be known for sure, but what we do know is that the two then got into an argument that left Levin dead with clear signs of a struggle and strangulation.

Levin had fought back. She scratched Chambers’ face and clawed at him in defense but it was to no avail. Realizing she was dead, Chambers stumbled back by a wall not far from where Levin’s dead body lay behind the Metropolitan Museum of Art. He watched her there until a cyclist found Levin’s body at 6:20 a.m. He continued to watch as police arrived on the scene.

Police told him to leave, so he went home, showered, and went to bed. Police made it to Robert Chambers’ home the next day, knowing he was a friend of the victim — though he was not yet a suspect. But when Robert Chambers opened the door for the police a few hours later, investigators instantly saw the deep, bloody scratches on his face and became suspicious. Chambers told them the scratches were from his cat.

The police took him in for questioning and during the interrogation, Chambers admitted that he had not meant to hurt Levin, though he did kill her. He blamed Levin for his angry reaction that resulted in her death, saying she died of “rough sex” after she had assaulted him. 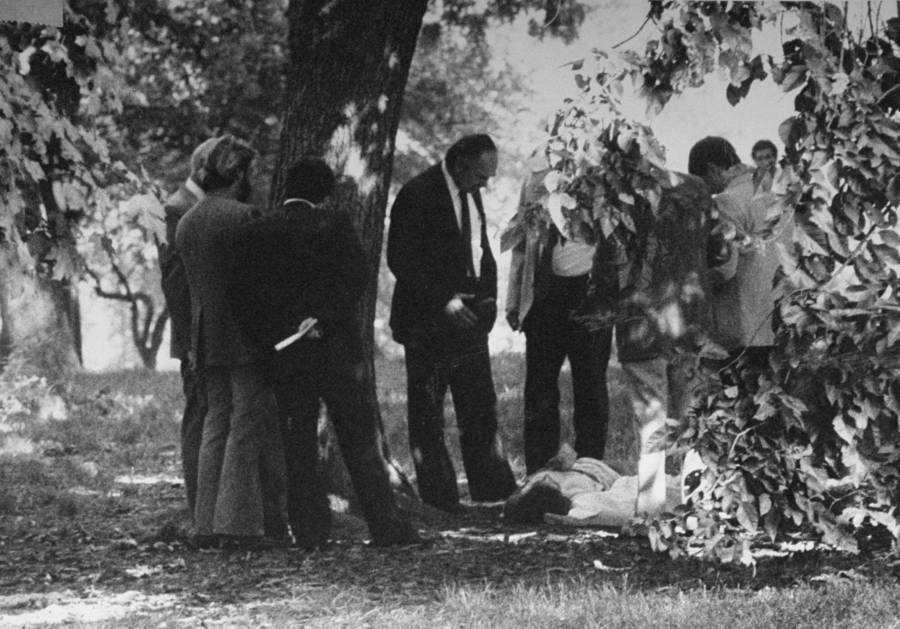 Investigators took off the Preppy Killer’s shirt and saw more scratches on his chest — suggesting a fight of some sort between the two. Chambers claimed Levin had gotten on top of him and when she tried to have her way with him, she grabbed painfully at his testicles, so he threw her across the park where she landed, dead, by the tree where she was found. He then claimed to have “frozen” and did not call police or look for help out of fear.

The story of six-foot, five-inch Chambers being assaulted by 18-year-old Levin did not go over well with authorities. “I’d characterize it as ludicrous and completely incredible,” prosecuting attorney Linda Fairstein said of Chambers’ defense. The state subsequently charged Chambers with second-degree murder.

The Trial Of Robert Chambers

Robert Chambers’ family and friends at the bar made bail for him as he awaited trial, though he didn’t keep a low profile. A videotape emerged of Robert Chambers at a wild party in which he was surrounded by women in lingerie. At one point, he even seemed to mock Jennifer Levin’s death.

He held a doll in his hand and twisted off the doll’s head, saying, “Oops. I think I killed it.”

In another sequence, he pretended to choke himself. Levin’s mother saw the video, “I was horrified when I saw it, but in a way, I was also glad that he showed himself for what he really was,” Ellen Levin told Larry King. 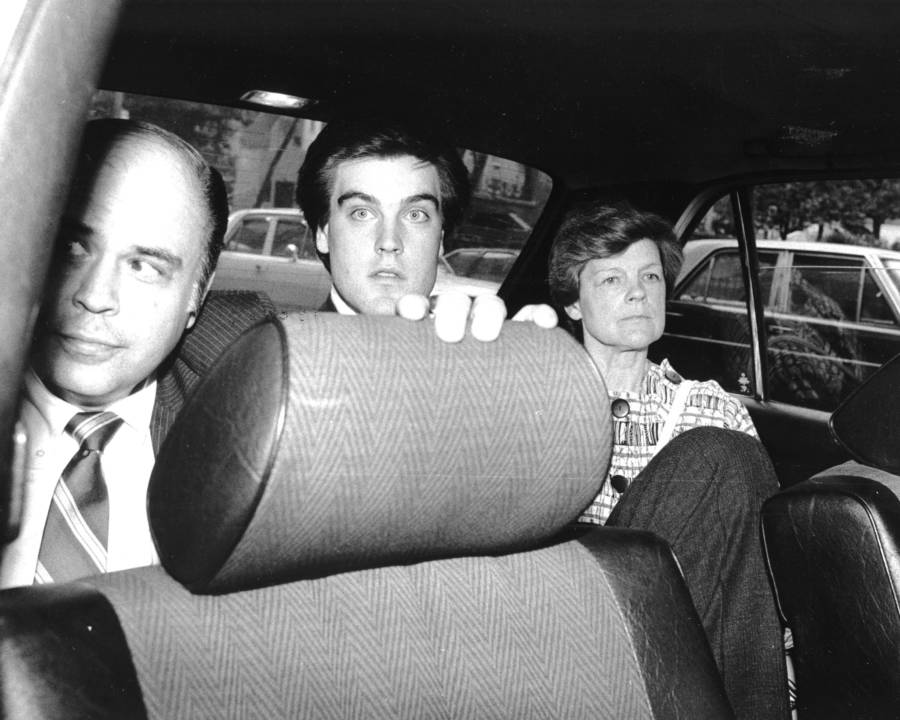 She also confided that she didn’t like the media, nor Chambers’ lawyers. “I felt like I was burying my daughter every time I opened the paper and read the horrible headlines you know, attacking her reputation.”

Chambers’ lawyers tried to say Levin had what was coming to her when she engaged in the “consensual rough sex” with a known troublemaker like Chambers. The jury saw the video during the trial and Fairstein thought she had the case wrapped up, but the jury couldn’t decide whether Chambers was guilty of second-degree murder.

After three months of testimony and evidence, the jury spent nine days deliberating. Despite all of the evidence against him, the jury couldn’t ascertain the motive for the murder. The 12-member panel deadlocked.

Rather than re-try Chambers, Fairstein made a deal with him. “The fact that the jury didn’t decide it, after the detectives and I had given them everything we could, that was a huge disappointment for me,” Fairstein confided years later.

Instead, Chambers pleaded guilty to first-degree manslaughter and was sentenced to five to 15 years in prison. He was released in 2003.

Chambers’ troublemaking personality never abated in jail. Over his 15 years, the young man received 27 disciplinary violations relating to weapons and drug possession, assault, and disobeying direct orders. When he was first released, he was soon charged with possession of a controlled substance and driving with a suspended license, to which he pled guilty and spent 100 days in jail.

Chambers also maintained a girlfriend while behind bars, one Shawn Kovell, who was a cocaine addict much like Chambers. She came from a broken home and also attended prep schools as a kid. Kovell was with Chambers on the night of the video when he was out on bail and recorded snapping the head off of a Barbie. 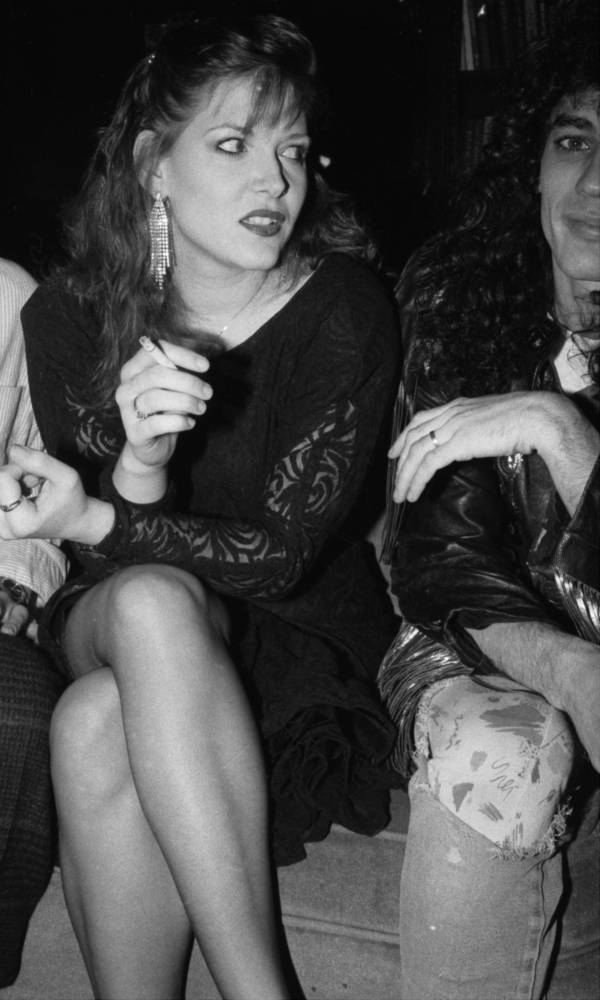 Kovell took weekly bus trips to see Chambers in prison and when he was released, Kovell was there to help him get back to his old life. The pair certainly did try to relive their glory days of partying, drinking, and drugs.

To make ends meet, Chambers and Kovell dealt cocaine from their swanky but unruly East Side apartment. But in October 2007, that lifestyle caught up with them when investigators witnessed heavy drug traffic from their apartment, and when they were caught selling undercover cops a quarter kilo of coke.

In total, the couple was accused of having made eight sales of illegal substances to undercover cops. By then, Chambers was suspected of having used 10 to 12 bags of heroin a day. When authorities burst into the apartment Chambers shared with Kovell, Chambers allegedly fought with police while Kovell cried. One officer received a broken thumb. 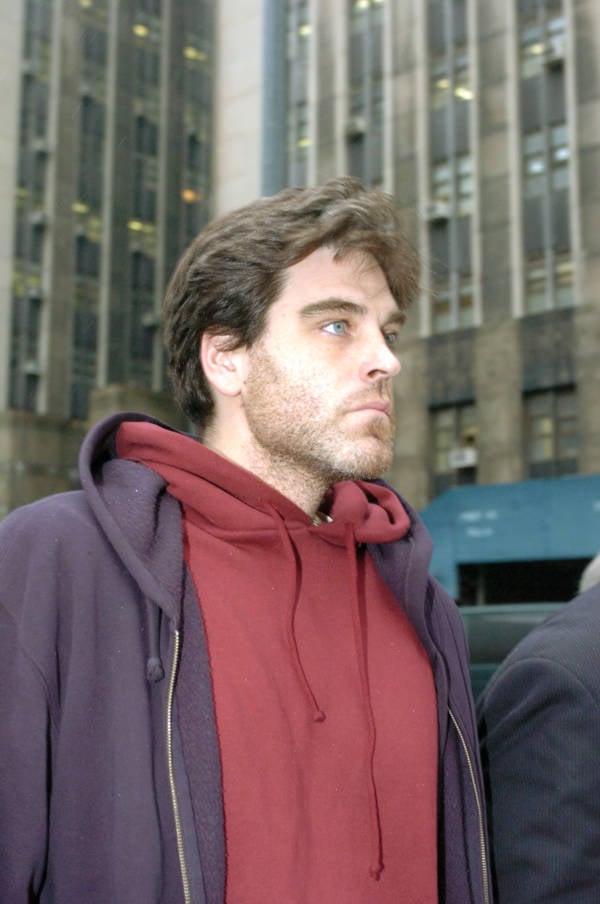 Both were ultimately charged with felony drug possession and could spend much of the rest of their lives behind bars. In 2008, after just five years out of prison for his murder of Jennifer Levin, Chambers was sentenced to 19 years with his earliest release date now at 2024.

But despite more legal troubles, the Preppy Killer was still as handsome as ever, according to the tenants in his apartment.

Remembering The Murder Of Jennifer Levin

Though many years have passed since the murder of Jennifer Levin, those involved with the case remember it well. Fairstein, the original prosecutor, said she wasn’t surprised by Chambers’ second sentence.

“I always believed his problem with drugs and alcohol would get him in trouble again. He’s had the opportunity in prison to detox and take college courses, to straighten out his life, but that clearly is of no interest to him. He’s learned nothing in the last 20 years.”

Ellen Levin, of course, still grieves for her daughter. “I think [about] what Jennifer might be doing, what she would look like. I think about the grandchildren I won’t have. Her dream was to be a designer, but that’s gone now. And all that loss runs deep.”

Phyllis Chambers didn’t feel like celebrating when her son got out of prison after 15 years. “I do not feel to celebrate Robert’s homecoming and Jennifer is never coming home. It’s a sad time.” 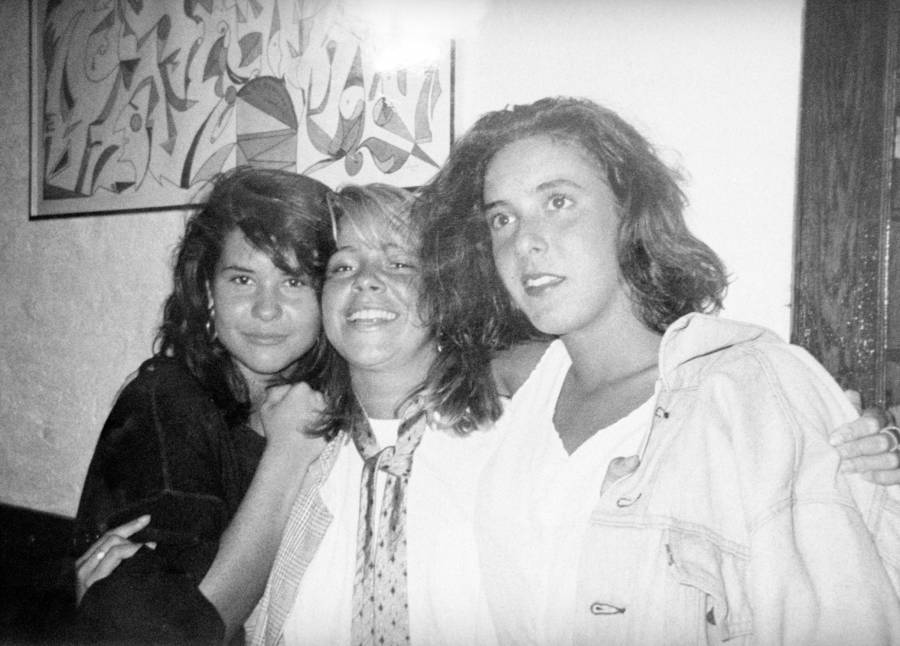 Getty ImagesJennifer Levin with two of her girlfriends in Dorrian’s Red Hand Restaurant just hours before she was killed on Aug. 26, 1986.

Chambers told 48 hours that he was sorry for Jennifer Levin’s death, but the Levins don’t feel the need to accept his apology. His subsequent arrests on drug charges suggest that the Preppy Killer has learned little over the years. Yet, Chambers seemed to realize what he was facing after getting out of jail in 2003.

Perhaps Robert Chambers’ trials are still not over as he ponders what will likely be the remainder of much of his life from inside a New York prison.

After this look at Robert Chambers, the “Preppy Killer,” check out Pork Chop Rob, another killer with an interesting nickname. Or, read about the Butcher Baker, a.k.a. Robert Hansen.