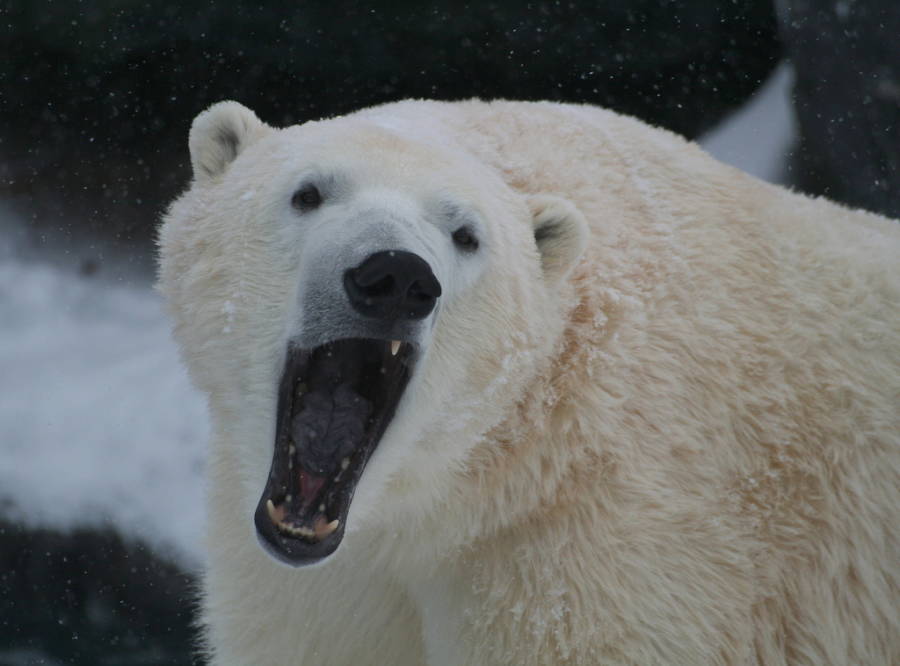 After two tense weeks, rescuers have finally saved Russian scientists from the polar bears that had surrounded their remote Arctic base.

Five scientists working at the weather station on Troynoy island, in the Kara Sea north of Russia, came under siege from ten adult bears in late August and quickly began to fear for their safety, the TASS Russian news agency reports.

“It’s dangerous to go out as we have run short of any means to scare off the predators,” station chief Vadim Plotnikov told TASS, adding that all outside work had to be suspended.

And, for a time, the team received no help in terms of scaring the bears away. When Plotnikov first contacted his department on the mainland, they advised him to “act independently” and that the next supply ship wasn’t due in for another month.

But then, after more than two weeks, salvation came in the form of a nearby ship that stopped at Troynoy and provided both dogs and flares to successfully scare the bears away, TASS reported on Monday.

Along with electronic sirens and firearms, flares and dogs are regularly given to Arctic researchers in case of run-ins with bears. The Troynoy team simply lacked the equipment to deal with such an atypical siege.

In the words of Yelena Novikova, spokeswoman for the Sevgidromet network that owns the weather station, a situation like this one is “not standard.”

When explaining why this situation transpired at all, Novikova pointed to one event: climate change.

“The bears usually go to other islands, but this year they didn’t. The ice receded quickly and the bears didn’t have time to swim to other islands,” Novikova said. “There’s no food on [Troynoy] island, so they came up to the station.”

By this time of year, the waters should have frozen and thus the bears would have expanded their icy territory. The waters, however, simply aren’t freezing like they used to.

And polar bears, of course, are feeling the effects. The National Wildlife Federation estimates that two-thirds of the polar bear population will be gone by 2050 and that, without swift action, extinction will be next.

Next, discover 21 of the most fascinating polar bear facts. Then, check out the grizzly/polar bear hybrid recently spotted in Canada. Finally, learn all there is to know about the animals of the Arctic.