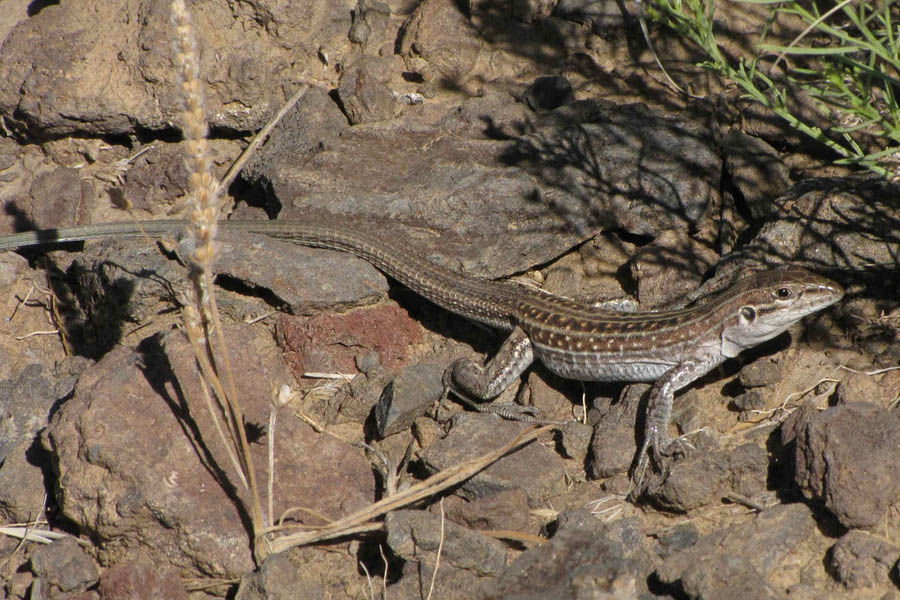 The whiptail lizard is New Mexico’s official state reptile, and its entire population happens to be female. While a fun bit of trivia, such a sex skew doesn’t typically bode well for most animal populations.

Given the impossibility of exchanging genetic material, researchers say that these lizards are at a “major disadvantage” when it comes to adapting to a changing environment. After all, unless they can recombine their DNA, these lizards will produce an offspring with an identical set of chromosomes — chromosomes which, if weak or mutated, have no chance of being overridden by another mate’s.

So just how do these lizards survive? According to researchers from the Stowers Institute for Medical Research, they do so by altering their genetic code: Indeed, these lizards have developed twice the amount of chromosomes as their sexually-reproductive peers, which allows them to maintain genetic diversity.

By pairing their “sister” chromosomes — as opposed to their homologous chromosomes, like sexually-reproductive species do — they maintain the “heterozygosity” needed to survive. 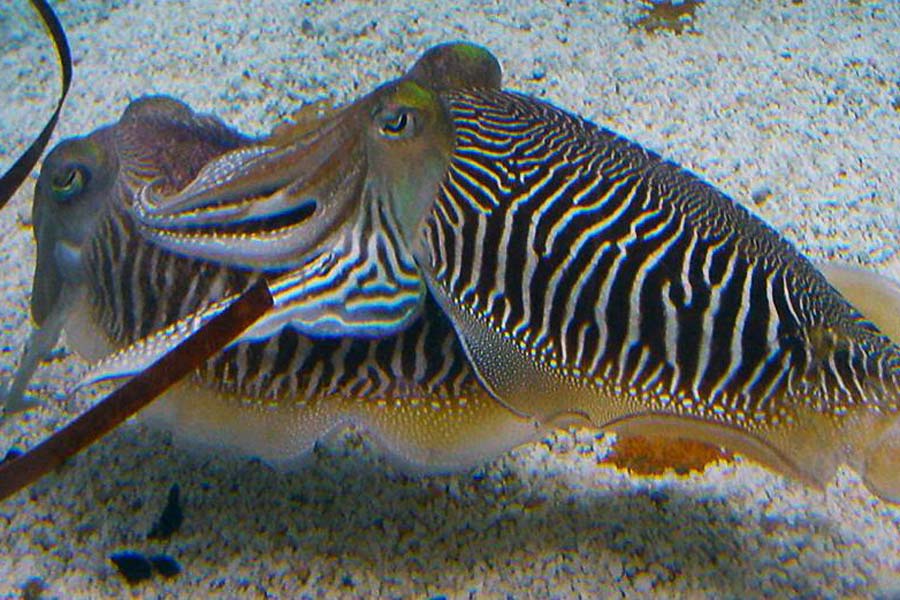 Some male cuttlefish have devised an ingenious way to “get the girl”: become female.

To avoid confrontation with other males while trying to woo a partner, a male cuttlefish can change one side of its body to look female, researchers at Macquarie University found.

When positioned between a rival male and a female potential mate, the male cuttlefish can appear female on the side seen by the male, all the while appearing in its true male form to lure in the female. The male rival simply sees two females, and has no idea what’s happening right in front of him.

“By using this sneaky display, the males are buying more time to convince the girls to mate before they are discovered by other males,” researcher Culum Brown told LiveScience. 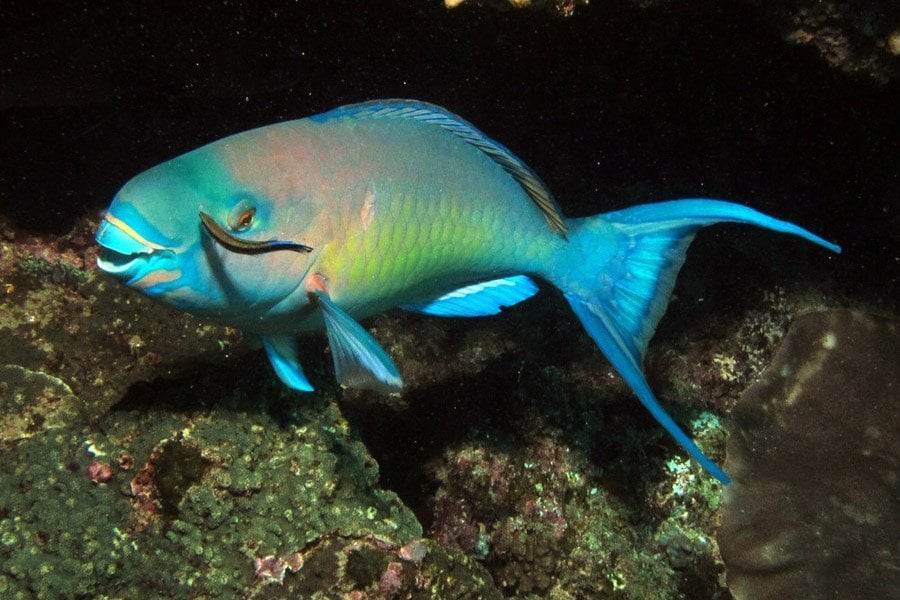 Though parrot fish are mostly born female, they possess the genitalia of both sexes. Parrot fish are protogynous hermaphrodites, meaning that the species’ females can become male at any point in their lives. Experts are not sure why this happens, other than because it offers itself as a succinct way to maintain the population’s gender balance.

After their transformation, some will become super-males — larger than the typical male parrot fish and exhibiting extra-vibrant coloring. Certain species also wear “pajamas” at night — made from a cocoon of mucous — but that’s another story. 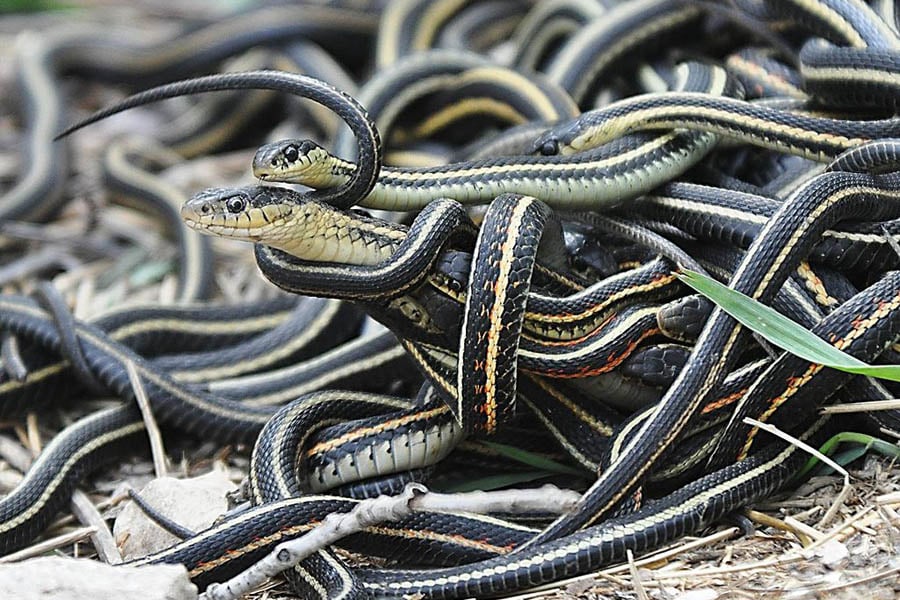 Garter snakes are a little unorthodox when it comes to mating: they form a ball.

When males emerge from hibernation and look to mate, they are naturally slow and sluggish. To take advantage of that, some of the males actually mimic being female.

This sexual trickery is thought to serve two evolutionary strategic purposes. First, the males who imitate females are quickly balled up by the other males attempting to mate, giving them cover from potential predators such as birds.

Second, by being engulfed by a mass of males, the faux females can raise their body temperature much quicker, making them more mobile and active than their languid counterparts. 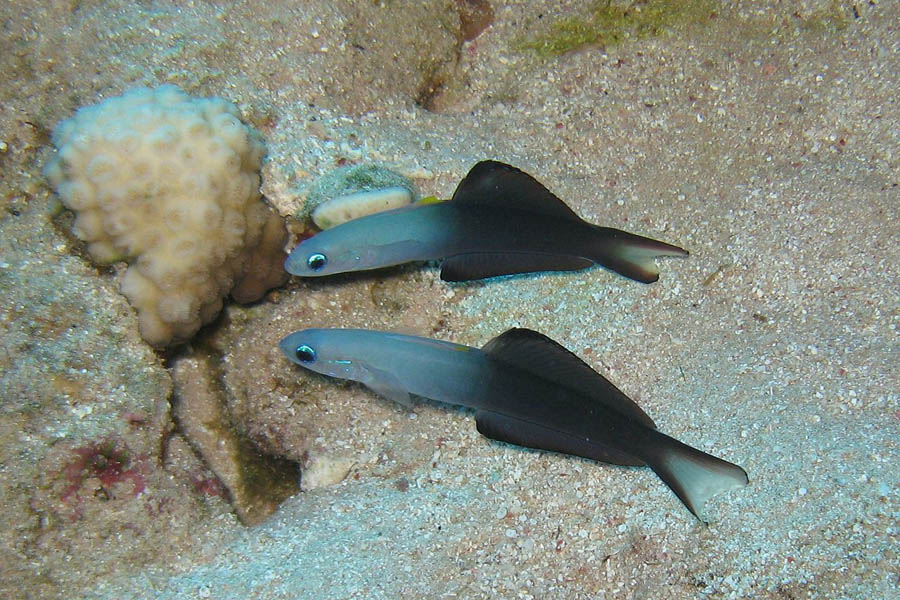 Certain species of goby have developed the ability to change their sex, dependent on need. Though the transformation is typically from female to male (dictated by the death of the resident male), in some instances the tiny fish can transform in the opposite direction.

The process, which gobies can do simply because of how similar the external sex organs of both genders are, generally takes two weeks to complete. As with other animals on this list, when gobies physically change their sex, their behavior changes as well.

According to University of Georgia biology professor Matthew Grober, females that become males might reduce their submissive behaviors and adopt the jagged movements (called “jerks”) of their naturally-male counterparts.

One particular species of gobies, Gobiodon historio, have bi-directional sex changing abilities. If two Gobiodon historio females living on the same reef each used to be male, it has been known for one of them to become male again. 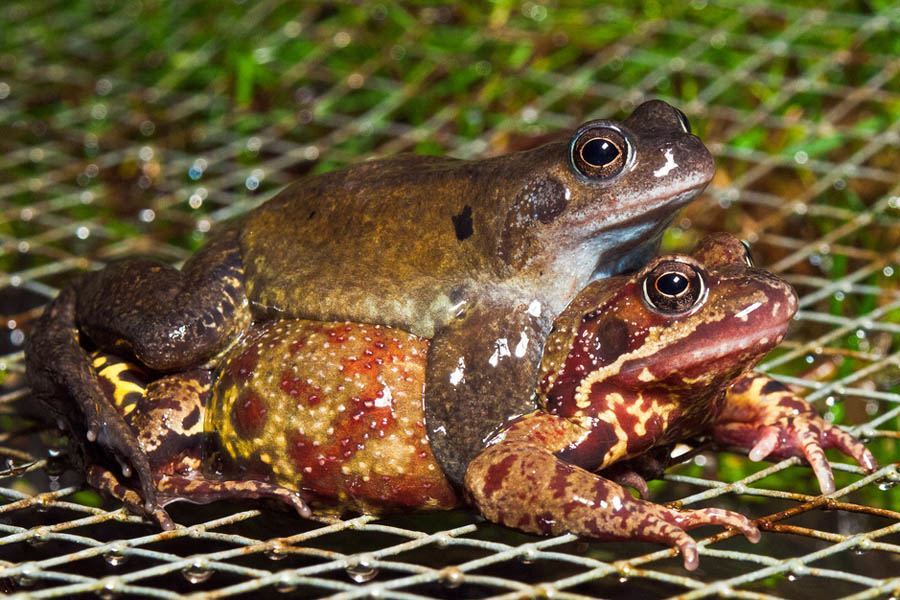 The popular herbicide Atrazine has been shown to cause sex change in frogs. The poison present in the herbicide affects the amphibian’s hormone levels, inducing what researchers call “chemical castration” — and effectively killing them.

“These male frogs are missing testosterone and all the things that testosterone controls, including sperm,” University of California Berkeley researcher Tyrone B. Hayes said in a statement. “So their fertility is as low as ten percent in some cases, and that is only if we isolate those animals and pair them with females…In an environment where they are competing with unexposed animals, they have zero chance of reproducing.”

Researchers found that at least ten percent of the male frogs exposed to Atrazine — already banned in Europe — became female. While these male-to-female frogs can successfully mate with other male frogs, due to genetic pairing all of their offspring will be male. This, Hayes says, can greatly skew sex ratios to the point that they “wipe out a population.”

Researchers worry that this may not be isolated to frogs, either. “If you have problems in amphibians, you can anticipate problems in other animals,” Hayes said.

Next, read about the challenges albino animals face. Then, discover the identity of the very first animal ever to exist on planet Earth.