Doctors had to surgically remove two liters of poop when this man's severe constapation proved to be life-threatening. 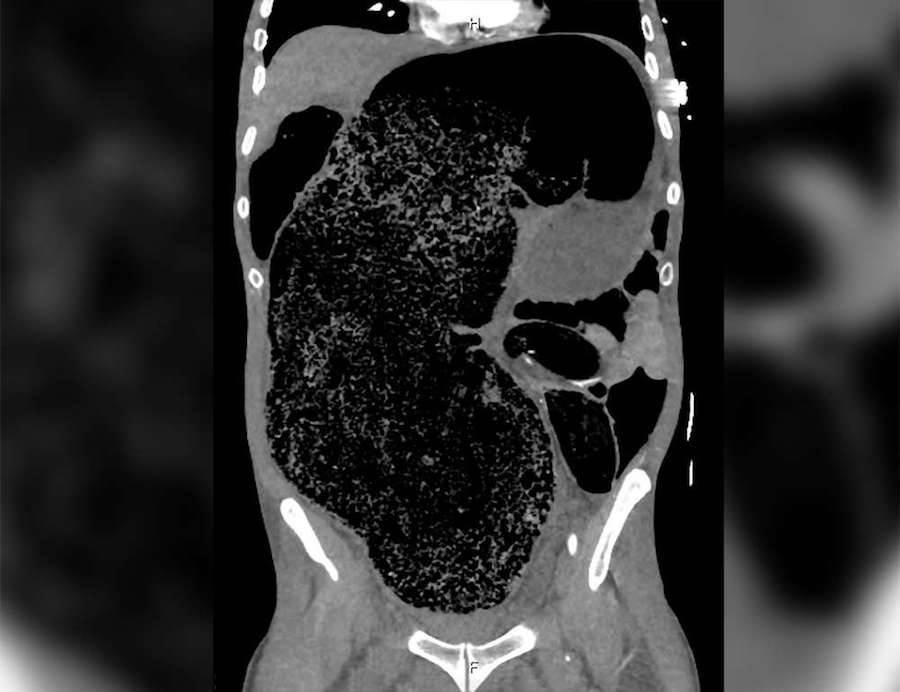 A man from Melbourne, Australia nearly died because he was so constipated. The 57-year-old was rushed to a hospital in Victoria, Australia for emergency surgery after he was discovered to have some serious blockage.

For three days, the man had been exhibiting common symptoms of constipation, including bloating, nausea, and abdominal pain. But a more alarming symptom was a pain in his right leg that became so bad, he was unable to move it.

The doctors wrote in the report that the patient’s limb was cold and had no pulse by the time he reached Footscray Hospital in Melbourne.

With no history of adverse medical conditions, including drugs and risk of vascular disease, the doctors gave him a rectal examination and scanned of his abdomen. The tests revealed that the man had two liters of feces compacted in his intestines.

Essentially, a severe blockage of poop was obstructing his intestines, causing the paralysis of his leg (acute limb ischaemia).

He was also suffering from abdominal compartment syndrome (ACS), a condition where there’s an increase of pressure on the abdomen and can lead to death if undiagnosed. “ACS is associated with significant morbidity and mortality requiring prompt treatment,” said Dr. Simon Ho, who treated the patient.

Doctors even discovered problems with his kidneys – specifically acidosis, meaning the kidneys aren’t capable of removing acid from the body via excretion – and renal impairment.

The case was so serious that the patient was quickly transferred to the emergency room in Victoria for an immediate surgery.

They gave him constipation relief following the surgery and he was able to leave the hospital four days later. But it was another 13 days until he could walk again. And after all the tests, surgery, and recuperation, the man had spent a total of 23 days in the hospital.

Though he made a full recovery, a lingering mystery remained: the cause of his condition. “No explanation has been found as yet to explain his significant fecal loading and constipation,” the doctors wrote.

Though constipation is a common affliction, typically caused by dietary factors, cases as severe as this are rare.

Next read about Leonid Rogozov, the man who performed surgery on himself. Then take a look at these before-and-after photos of plastic surgery’s early days.