Nathan Matthias, 35, said he saw "two small clows" running around in his home and shot at them out of fear. Police said no clowns were present. 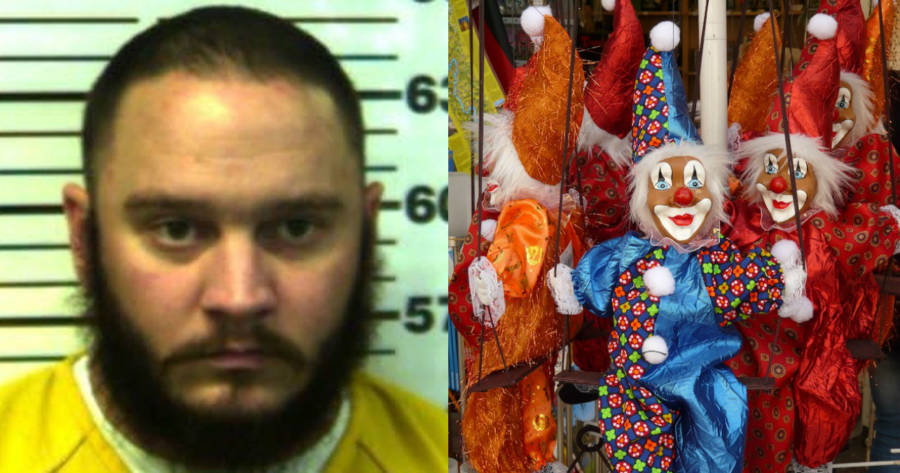 Handout/PixabayNathan Matthias, 35, was arrested in December 2016 for shooting at “two small clowns” in his apartment. Police say no clowns were present.

A Pennsylvania man who drunkenly shot at imaginary clowns in his home was sentenced to 22 months to five years in state prison on Sept. 10 after pleading guilty in July to discharging a firearm. He also pled guilty to an unrelated drunk driving charge.

He was sentenced to 90 days to one year for the DUI, and his two sentences are set to run at the same time.

In December 2016, police in Reading, Pa. say that they, upon responding to a call, found 35-year-old Nathan Matthias outside his home clutching a shotgun. Matthias admitted to firing his weapon inside his apartment because he feared that there were clowns inside.

Matthias, who was drunk at the time, claimed that he was trying to shoot “two small clowns” in his apartment. “At first, they were curled up in a ball, but then they started to run around, so I tried to shoot them,” Matthias reported to police according to court documents obtained by WFMZ.

Police did not find anyone else inside his second-floor apartment, but say that his actions endangered his first-floor neighbor. The neighbor was home at the time of the incident but was not injured. When police arrived on the scene they say he had a bottle of vodka on his person and smelled of alcohol. When asked if he’d been drinking, Matthias told police “only a sip.”

While being questioned outside, Matthias pointed next door and told police that he saw clowns on his neighbor’s roof as well. Police, however, did not see any. 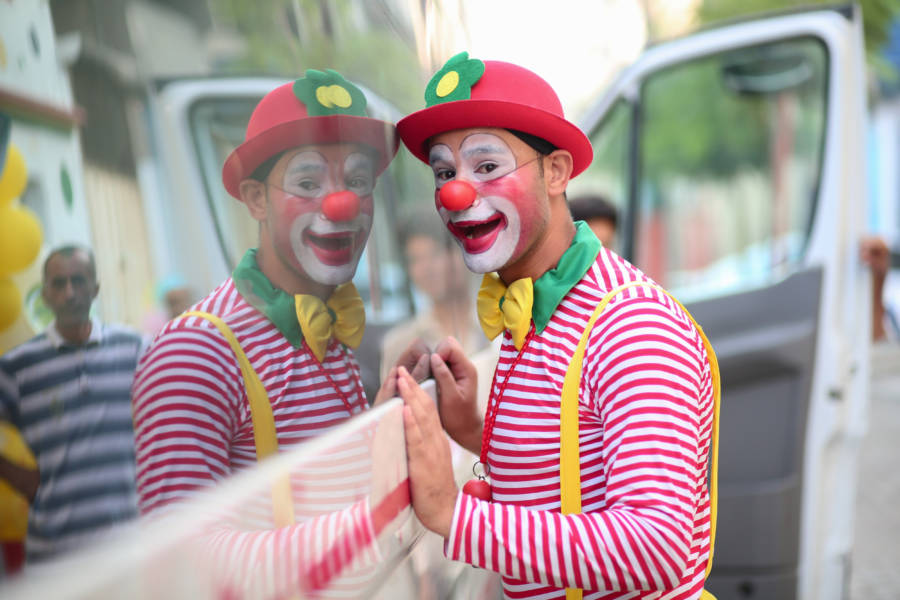 Mohamed Zarandah/SOPA Images/LightRocket via Getty ImagesCoulrophobia, or fear of clowns, occurs when people view something that is inherently human, but appears distorted in some of way.

According to the local newspaper the Reading Eagle, Matthias has already served 490 days in prison, and his time served will be credited once his final prison time is decided upon. He’s also required to complete drug and alcohol treatment.

Matthias reportedly took complete responsibility for the incident and apologized to the court. His attorney argued that Matthias had not meant to harm anyone. Rather, he simply reacted to “some type of hallucinatory event.” He also touched on the issues Matthias had with alcohol during the trial.

Fear of clowns, officially called coulrophobia, is actually not an uncommon phobia. In Matthias’ case, his apparent case coulrophobia was taken to dangerous extremes.

Next, check out this story about the terrifying original Ronald McDonald, the world’s most famous clown. Then, read about John Wayne Gacy, the real-life killer clown. Finally, read up on some of humanity’s strangest phobias.