The Silk Road May Not Have Started The Way We Think, New Research Says

The Silk Road was made possible by the ancient efforts of sheep herders, new research finds. 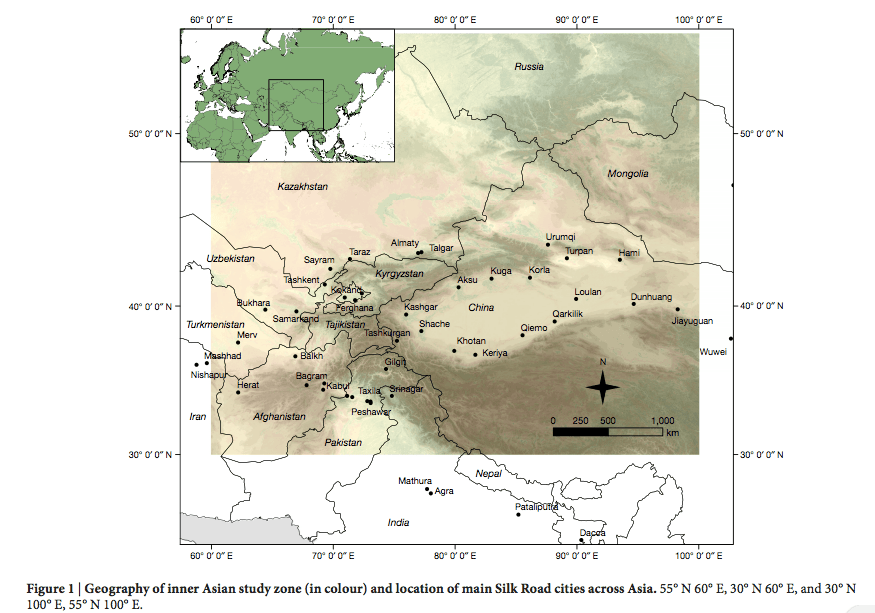 A map of the cities along the historic silk road route.Nature

The Silk Road is one of the world’s most famous ancient trading paths and new research has added an interesting wrinkle to its rich history.

In an article recently published in the scientific journal Nature, Washington University anthropologist Michael Frachetti and his colleagues suggest that the Silk Road may be 2,500 years older than currently thought.

While many believe that the Silk Road’s original travelers chose the easy path (with urban stopping points) on which to travel, Frachetti and his team suggest otherwise. Using an algorithm, they also argue that the route developed from the natural paths sheep herders used to travel for millennia.

“More than 50 years of research concerning nomadic adaptive strategies in Asia’s highland elevations suggests that ‘ease of travel’ was probably not the dominant factor dictating mobility across the mountains,” the team wrote.

Instead, the researchers explain that the nomadic people who herded animals across the high-elevation routes are responsible for carving out the Silk Road’s route.

To test this theory, the team used an algorithm designed to measure how water flows across the ground. In this case, the “water” was ancient nomads searching for greener pastures for their herds.

“After 500 iterations, or the modeled equivalent of 20 human generations, flow aggregations form a near-continuous geography of ‘pathways’ that discretely connect over 74% of highland Silk Road sites,” the team wrote. “At least in the highlands, the early geography of movement, connectivity, and interaction was not solely driven by urbanism.”

In other words, the algorithm revealed how almost 75 percent of the Silk Road’s 618 mountain camps came to be: sheep herders.

Next, check out how Empress Wu Zetian killed her children in order to become China’s only female ruler, before finding out why the earliest depiction of Confucius was found in disgraced emperor’s tomb.