The man experienced no discomfort from the spoon lodged in his esophagus until he was punched in the chest a year later. 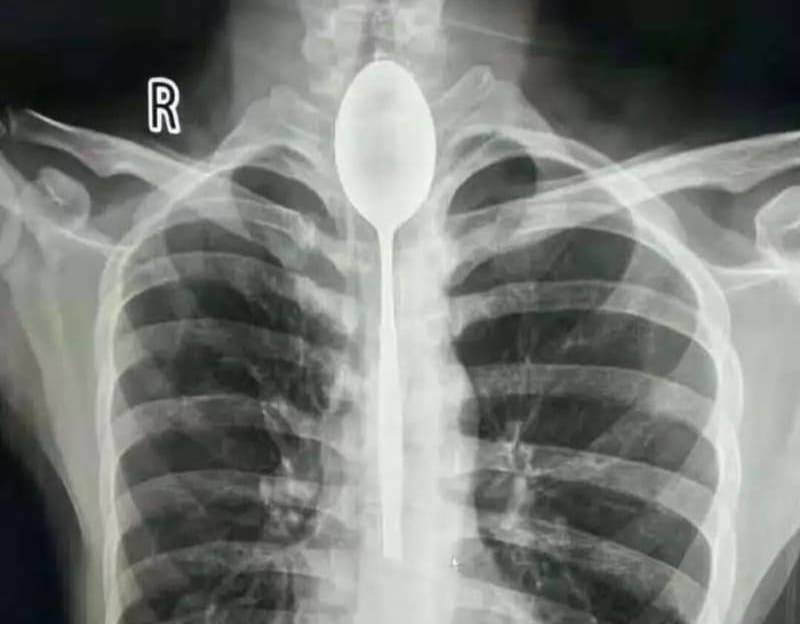 Xinjiang Meikuang General HospitalAn x-ray of Mr. Zhang’s chest with the spoon lodged in his esophagus.

A man in China is recovering after the removal of an eight-inch spoon from his throat. The utensil had reportedly been inside his esophagus for an entire year.

In 2017, the man in his early 20s identified as Mr. Zhang, swallowed the spoon on a dare, according to a statement from Xinjiang Meikuang General Hospital. Shockingly, the eight-inch spoon caused little discomfort to Mr. Zhang who was able to carry on as normal for months without any significant pain.

It wasn’t until a recent altercation that this changed. Sometime in mid-October 2018, Mr. Zhang was punched in the chest and he immediately complained of abnormal soreness and an inability to properly breathe. He finally sought medical attention for what turned out, obviously, to be a piece of cutlery lodged in his esophagus. 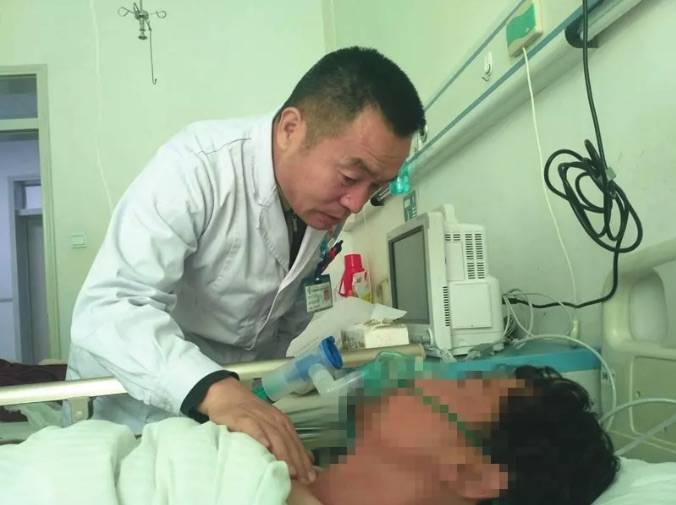 When he arrived at the hospital, doctors reported that Mr. Zhang had clutched his chest and appeared to be in a great deal of pain. Once examined with an endoscope, the spoon in all its mucus-covered glory was discovered. The man’s body had formed a cocoon of mucus around the spoon.

“I was very surprised,” Yu Xiwu, the director of the Department of Otorhinolaryngology and one of the surgeons who operated on Mr. Zhang, said in the statement. “I have never encountered a similar patient.” 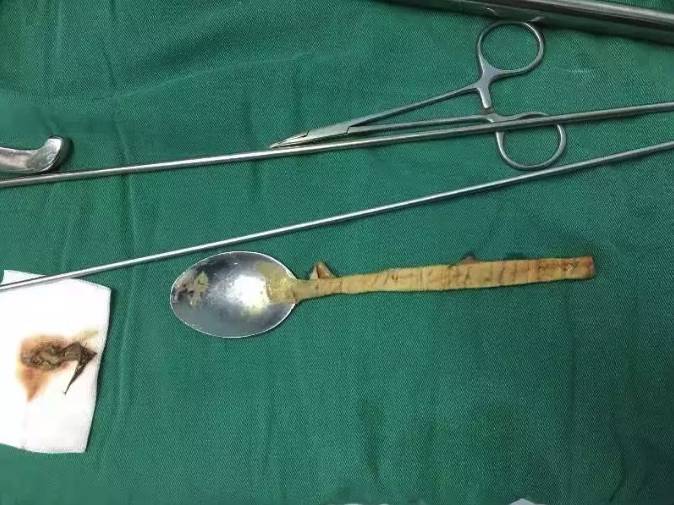 The team of doctors was quick to remove the spoon before an infection could set in. According to the statement from the hospital, on Oct. 22, three doctors performed a two-hour procedure to safely remove the spoon.

During the procedure, Mr. Zhang was placed under general anesthesia and the utensil was removed via metal forceps down his throat, and through his mouth. The procedure was considered fairly risky as doctors feared potential complications such as esophageal tears, perforation, hemorrhage, and infection. 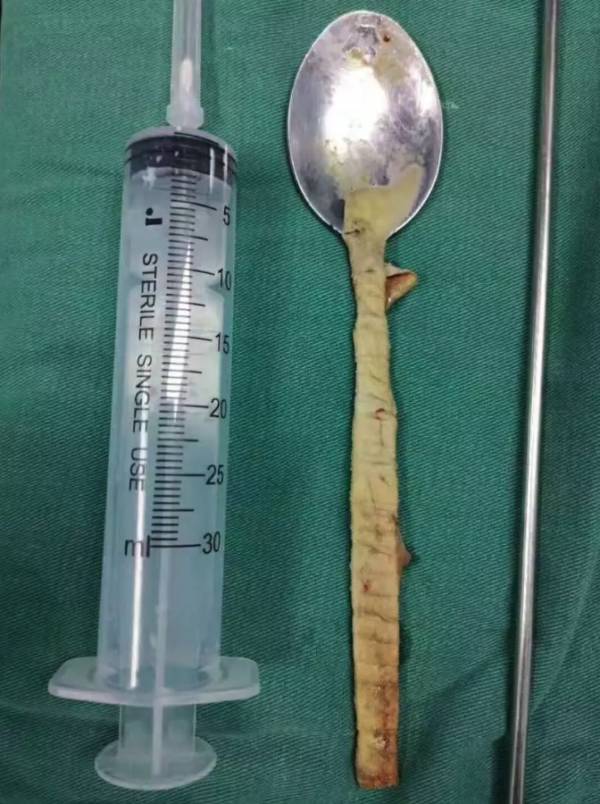 Unsurprisingly, once the spoon was out of his throat, Mr. Zhang felt relief from most of his symptoms. The hospital’s statement says that he is recovering well and after a couple days of rest he will be discharged.

At the end of the statement, Dr. Xiwu gave a gentle warning to those who are looking to perform a similar stunt as Mr. Zhang, saying, “Don’t be impulsive and do things that hurt you. Because foreign bodies that enter the esophagus or stomach, they can be life-threatening at any time.”