Man Admits To Intentionally Contracting H.I.V. In Order To Infect Others

"To want to take himself down this road, and infect other people," one H.I.V. survivor said, "I just can't comprehend it." 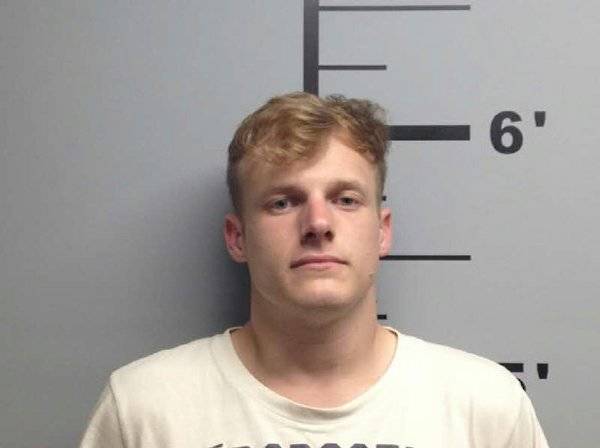 He openly admitted to intentionally contracting H.I.V. so that he could then infect others. But now a long prison term should make sure that he never gets the chance.

Police first arrested 25-year-old computer engineer Stephen Koch of Scranton, Ark. on July 15, 2017 for possession and distribution of methamphetamine (among other drugs charges). Then a confidential informant told authorities that Koch had also been viewing child pornography, according to the Northwest Arkansas Democrat Gazette.

When authorities searched Koch’s computer, they found text messages and other communications indicating that Koch had deliberately contracted H.I.V. (how exactly remains unclear), according to Benton County Chief Deputy Prosecutor Stuart Cearley. The messages also revealed that Koch was making plans to infect other people with the virus.

At sentencing on June 4, Koch openly admitted to his plan.

“Just so I can get my brain around this, did I understand the state correctly?” asked Circuit Judge Robin Green. “Mr. Koch intentionally contracted the H.I.V. virus so he could then infect others?”

Koch responded in the affirmative, prompting Green to confirm that he indeed sought to harm others. Once again, Koch said yes. That said, whatever underlying motives Koch may have had for wanting to hurt others this way remain unclear.

Cearley told Green that, before his arrest, Koch was in the midst of setting up plans for a double date on which he’d deceive people about his H.I.V. status and presumably attempt to infect one or more of them.

Green then sentenced Koch to 50 years in prison. After his release, Koch will have to register as a sex offender, complete the prison’s sex offender treatment program, and will be prohibited from having any unsupervised contact with minors.

H.I.V. educator Ruth Coker Burks told NBC that Koch’s actions disrespect people who have lost their lives to the virus: “It’s so unfortunate and awful when people have died just tried to live with this virus.”

H.I.V. survivor Mark Williams likewise expressed disbelief over Koch’s crimes: “To want to take himself down this road, and infect other people I just can’t comprehend it.”