First made famous by Holiday in 1939, "Strange Fruit" protested the mass lynchings of Black people across the American South. 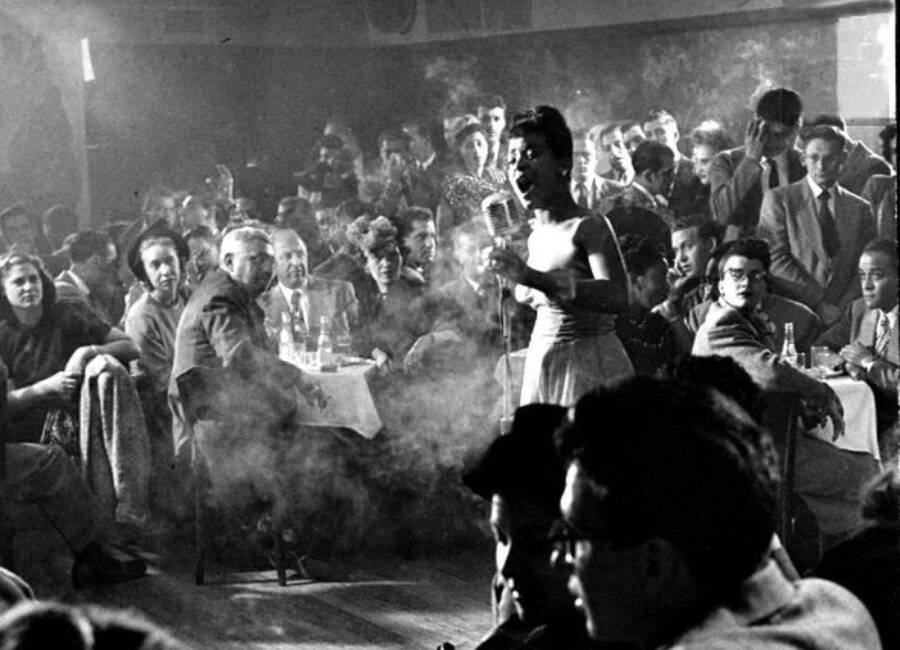 PinterestThe meaning behind “Strange Fruit” made it so controversial that many hounded Billie Holiday to stop singing it.

On a spring evening in 1939, a crowd gathered at the New York City jazz club Café Society, where the last singer of the night stunned the crowd with her final song. It was none other than Billie Holiday, singing a haunting tune about the horrors of lynching titled “Strange Fruit.”

Today, the song is regarded as a masterpiece. Its evocative and gut-wrenching details — like the scent of magnolias mixed with burning flesh — tap into a horrific chapter of American history. However, it took decades for the song to achieve the legendary status it holds today. The is the true history behind the meaning of Billie Holiday’s “Strange Fruit.” 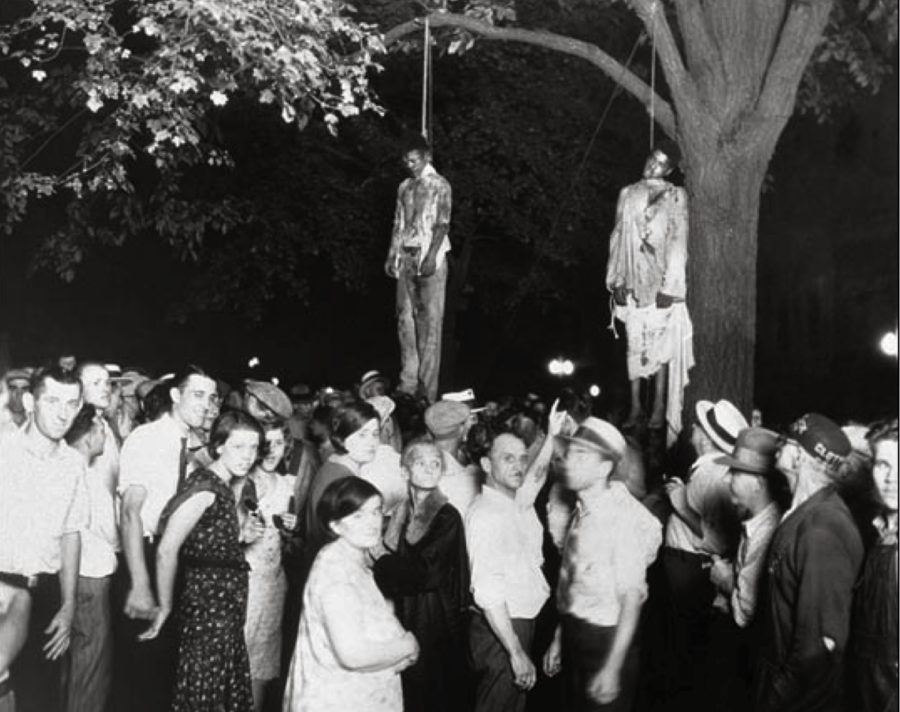 Wikimedia CommonsA lynch mob around the bodies of Thomas Shipp and Abram Smith in 1930.

For a song that embodies Black pain, “Strange Fruit” comes from an unexpected source: a Jewish schoolteacher named Abel Meeropol.

In 1937, Meeropol was working as an English teacher at Dewitt Clinton High School in the Bronx. He was horrified by the history of lynching, which had long terrorized Black Americans. Between 1880 and 1930, more than 2,400 Black people were killed by lynch mobs in the South.

Although the horrific practice had subsided by 1930, it was far from obsolete. The first year without any recorded lynchings wouldn’t be until 1952.

But Meeropol connected the moment he was inspired to write “Strange Fruit” to a photograph of the 1930 lynching of Thomas Shipp and Abram Smith. After feeling “haunted” by the photo of their deaths “for days,” Meeropol sat down and wrote a poem he called “Bitter Fruit.”

He recalled later that he wrote the poem because “I hate lynching, and I hate injustice, and I hate the people who perpetuate it.”

His wife later set it to music. Soon, Meeropol’s tune was played at union meetings and even at Madison Square Garden. There, it caught the eye of Robert Gordon, the floor manager at a New York City club called Café Society, which had opened in 1938 and was the first integrated club in America.

It hosted many of the biggest jazz singers of the day, including Hazel Scott and a 23-year-old jazz singer named Billie Holiday. Gordon thought she might be the perfect person to sing Meeropol’s song. 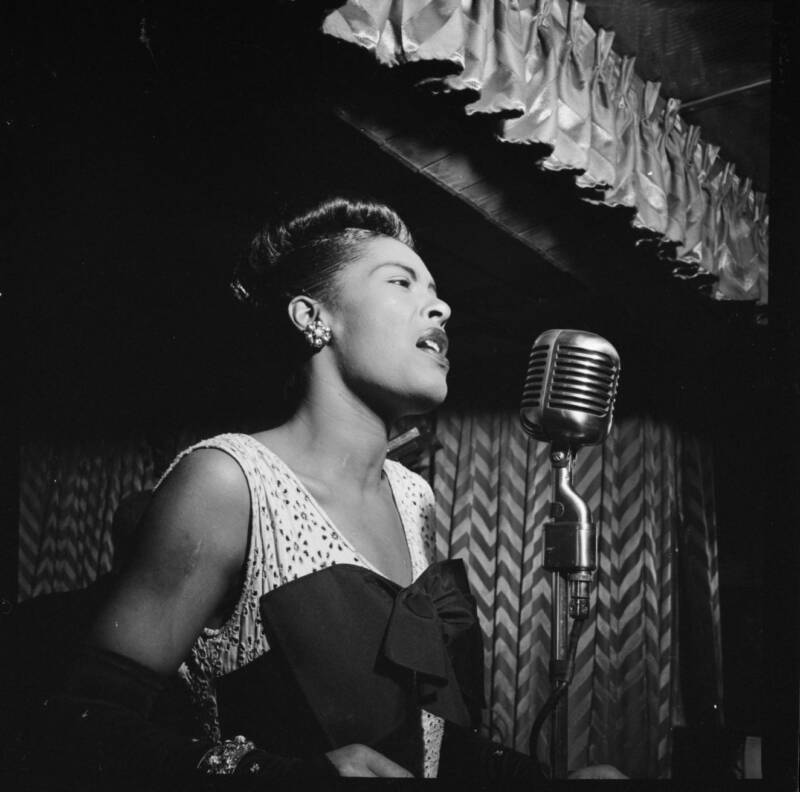 Library of CongressBillie Holiday photographed in 1947 in New York City.

Billie Holiday immediately agreed to sing the song, and both she and Barney Josephson, the owner of Café Society, knew that they had to do it justice.

“People had to remember ‘Strange Fruit,’ get their insides burned by it,” Josephson said.

So, they laid out several careful conditions for her performance. When Holiday took to the stage on April 20, 1939, to perform her final song, the waiters immediately stopped their service. The room went dark. A single spotlight shone on Holiday’s face. And she began to sing.

Though “Strange Fruit” never uses the word “lynching,” its meaning didn’t escape anyone in the audience.

“She gave a startling, most dramatic and effective interpretation which could jolt an audience out of its complacency anywhere,” Meeropol, who was sitting in the crowd, raved. “This was exactly what I wanted the song to do and why I wrote it.”

Holiday remembered the shocked silence that followed her performance.

“There wasn’t even a patter of applause when I finished. Then a lone person began to clap nervously. Then suddenly everyone was clapping,” she recalled in her autobiography, Lady Sings The Blues.

But not everyone was happy with Meeropol’s cutting words and Holiday’s emotive performance.

How America Reacted To “Strange Fruit” 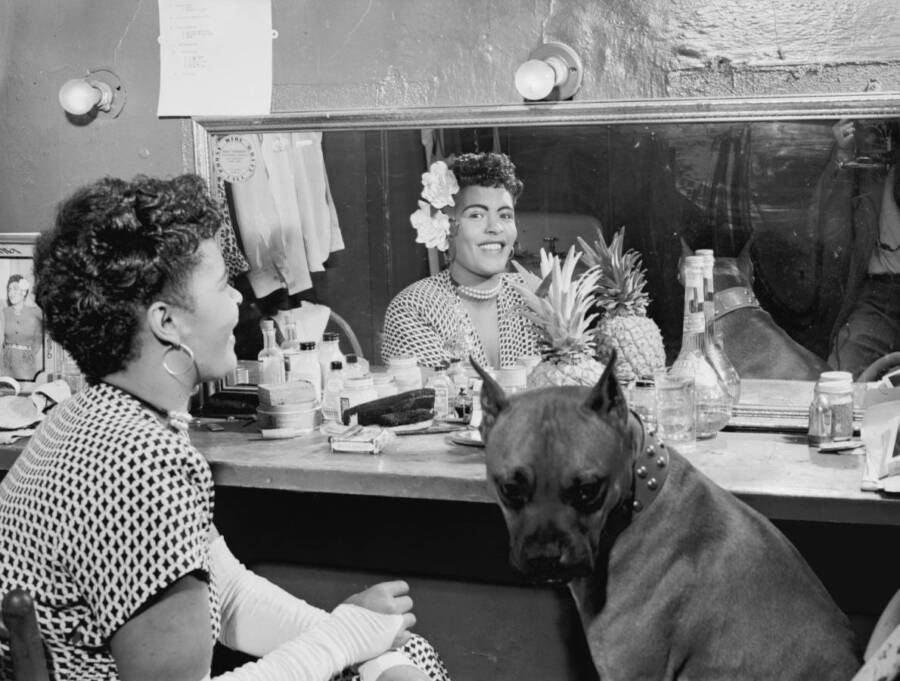 Library of CongressBillie Holiday and her dog, Mister, in 1946.

As Holiday continued to perform “Strange Fruit,” audiences reacted in different ways. Some cheered. Others walked out. Certain audience members screamed hateful, racist things at her.

Even Holiday’s label was unsure how to respond to the song. When she tried to record it, Columbia Records demurred and claimed it was simply too controversial for them. Holiday ended up recording it with an independent label called Commodore Records, instead. 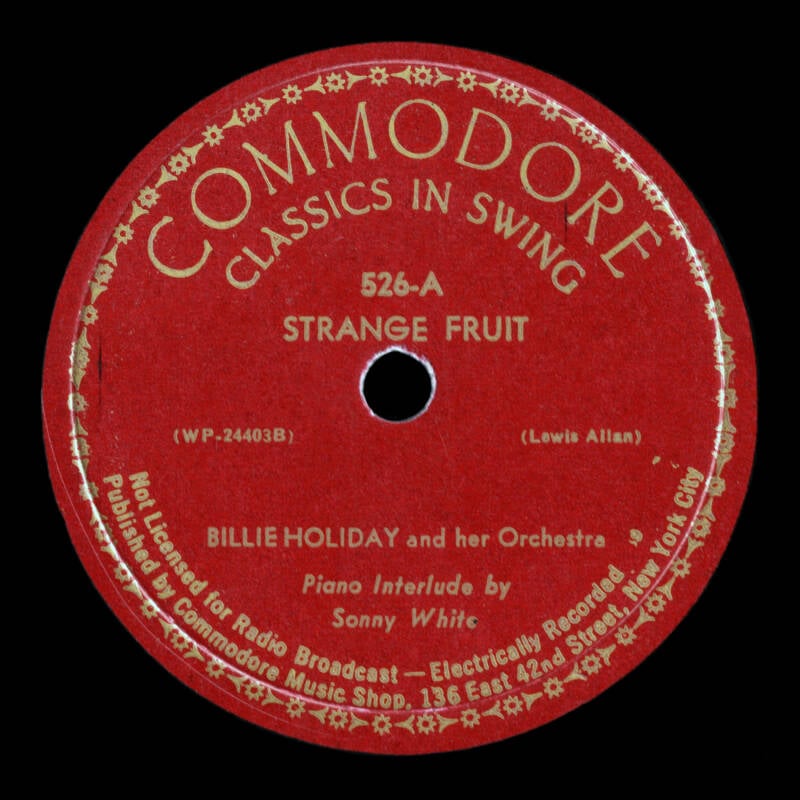 Wikimedia CommonsTurned away by her own label, Billie Holiday recorded “Strange Fruit” with Commodore Records, instead.

“For mainstream institutions – record labels, radio stations – the song was too hot to touch,” explained David Margolick, who wrote Strange Fruit: Billie Holiday and the Biography of a Song. “Beyond a group of left-wing progressives, largely white, most people wouldn’t have known the song. The Black press barely mentioned it: It was too radioactive even for them.”

But in certain circles, the song became a political weapon. Advocates for anti-lynching laws mailed it to their congressmen. Some promoters, fearing an uproar, ordered Holiday not to sing it. In response, she added a clause to her contract guaranteeing herself the option.

And the New York Post‘s Sam Grafton noted its racial implications, writing that: “If the anger of the exploited ever mounts high enough in the South, it now has its Marseillaise.”

“Strange Fruit” didn’t escape the government’s notice, either. Although Billie Holiday’s drug use was well-known, it suddenly became a subject of intense interest to the Federal Bureau of Narcotics (FBN), whose chief, Harry Anslinger, went after Holiday — hard.

“To Harry Anslinger, Billie Holiday was like the symbol of everything that America had to be afraid of,” Johann Hari, who wrote the book Chasing the Scream: The First and Last Days of the War on Drugs, explained. “And when she insisted on continuing on her right as an American citizen to sing ‘Strange Fruit,’ Anslinger resolved to destroy her.”

After numerous drug arrests, Holliday died of liver disease in 1959 at the age of 44.

Abel Meeropol didn’t escape governmental focus, either. In 1940, he was called before a committee investigating communism in schools. They asked him if communists had ordered him to write the song.

The Legacy And Meaning Of “Strange Fruit” Today 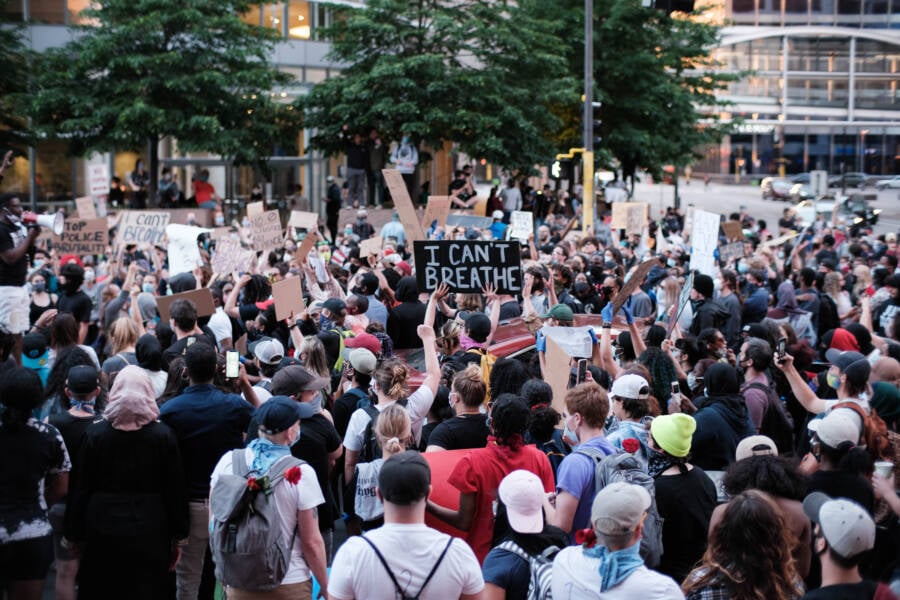 Despite criticism, the strength of “Strange Fruit” never weakened. In 1965, Nina Simone breathed new life into the song with her cover. Time magazine called it the “best song of the century” in 1999, and the Library of Congress included it in the National Recording Registry for its cultural and historical significance.

Abel Meeropol said that “Strange Fruit” was “a song that belonged to the Thirties,” but listeners today are still stirred by his words, and by Holiday’s slow, sure voice.

“It’s come to sort of represent racism generally,” Margolick said. “It’s still relevant because race is still relevant. It’s on the front pages of our newspapers every day. The impulses that [Meeropol] was talking about are still very much with us.”

Music journalist J’na Jefferson agrees. She says that the song touches on themes about race that are, tragically, still relevant in the modern era.

“We may not be witnessing ‘Black bodies swinging in the Southern breeze,’ but we have camera phones that prove that Black people are still dying for simply existing,” Jefferson said, referencing the modern-day murders of Black people like George Floyd and Breonna Taylor.

“The issue remains the same,” Jefferson concluded. “I hope to one day live in a world where I can listen to ‘Strange Fruit’ and say, ‘I’m glad this doesn’t keep happening.’ ”

After reading about the meaning of “Strange Fruit,” learn about the National Memorial for Peace and Justice, America’s first memorial to lynching victims. Or, see why Alabama still celebrates Jefferson Davis Day.