Climate change and rising temperatures in the country have resulted in Sweden experiencing extreme weather conditions that they've never seen before. 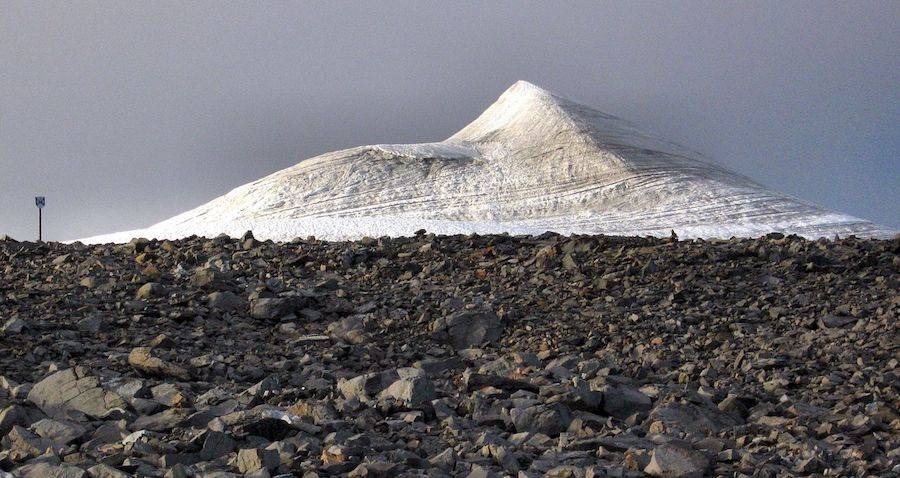 The Kebnekaise mountain’s southern peak was once the tallest peak in Sweden, but because of a summer of extreme heatwaves across Europe, it’s now melted to the second-tallest. Its southern peak is a whopping 14 feet lower that usual.

The north peak of the mountain is now a tad bit taller, standing at 6879.3 feet.

Professor Gunhild Ninis Rosqvist, the head of the Tarfala Research Station near Kebnekaise, measured the peak on July 31 after the country experienced extremely high temperatures. At that point, Kebnekaise’s southern peak measured at approximately 6,879.9 feet — about six inches taller than it’s northern counterpart. 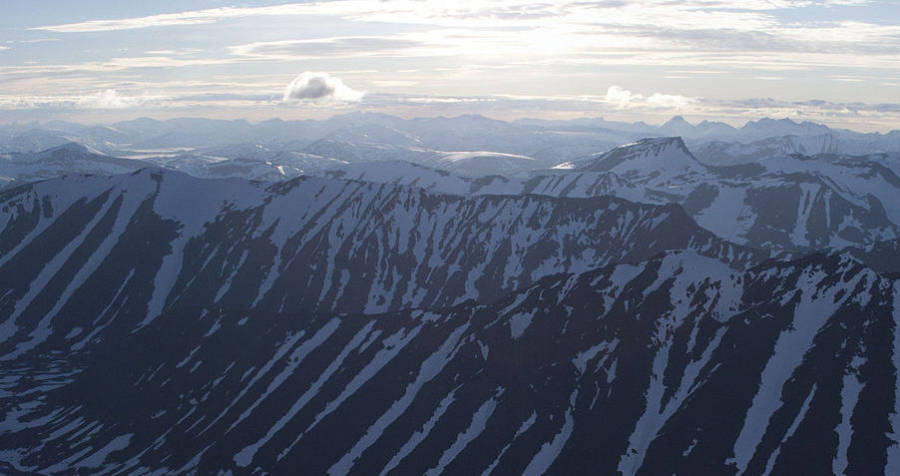 Wikimedia CommonsThe view from the summit of the Kebnekaise mountain.

When Rosqvist measured the peak the following day, its height fell another half a foot. This brings Kebnekaise’s height loss to a grand total of about 13.2 feet, a rate that’s alarming Rosqvist and others.

“The snow is disappearing so that not even the reindeer can find a place to get relief from the sun,” Rosqvist said to Swedish newspaper Norrlandska Socialdemokraten.

However, Rosqvist won’t be able to determine how bad the damage is and what the possible consequences of this extreme heat will be until more time has passed.

“We can estimate the melt rate based on temperature measurements. We know that it has melted because it is very hot,” she said. “We are going to measure again later this summer when the melting stops. In a month, we’ll know how bad it is.” 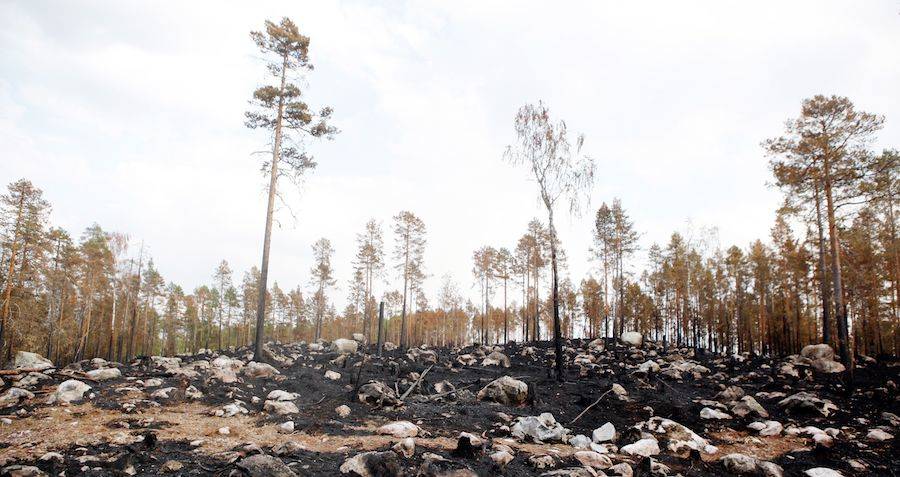 This July was the hottest month ever recorded in Sweden’s history. Highs consistently reached the upper 80s Fahrenheit, when historically highs have been recorded in the lower 70s on average. In fact, the highest temperature that Sweden sees in July on average is 73 degrees Fahrenheit, while the highest in 2018 was 89 degrees — a massive 16 degrees hotter than what Sweden typically experiences.

And Rosqvist is already seeing the consequences of this extreme heat on the country’s wildlife. “The snow is disappearing so that not even the reindeer can find a place to get relief from the sun,” Professor Rosqvist told the Norrlandska Socialdemokraten.

This extreme heat also sparked a wave of wildfires in Sweden in July.

“It’s very, very dry in most of Sweden,” says Jonas Olsson, a hydrologist at the Swedish Meteorological and Hydrological Institute. “The flows in the rivers and lakes are exceptionally low, except in the very northern part of the country. We have water shortages.”

It’s the dry nature of Sweden’s landscape coupled with the high temperatures that has created these massive wildfires — and the country isn’t equipped to handle a natural disaster of this kind. Palle Borgstrom, a dairy farmer in northern Sweden and president of the Federation of Swedish Farmers, said that “It will take many years to recover from this season.”

Next, read about the world’s extreme climates and the people who endure them.