Photo Of The Day: Why Nazi Chic Is Sweeping Thailand 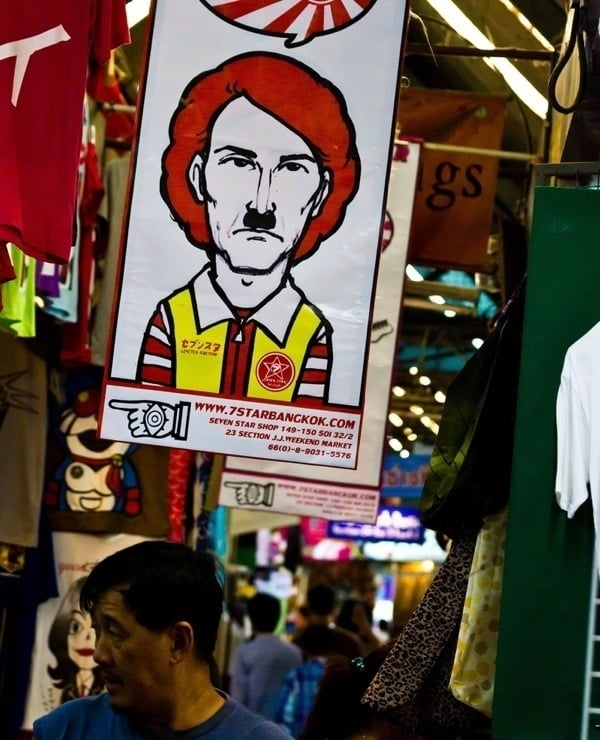 If the words “Nazi” and “chic” don’t naturally pair together in your mind, that’s understandable, but also a sign that you’ve overlooked a lot of history. For decades now, various subcultures around the globe have co-opted Nazi iconography for assorted reasons.

But while co-opting made some semblance of sense in, say, late 1970s Britain — when punk rockers aimed to shock and offend their parents’ generation, who had lived through World War II — the relatively recent wave of Nazi chic in southeast Asia doesn’t quite compute.

Yet Nazi chic is a true cultural force across countries like Indonesia, Myanmar, and especially Thailand. Throughout the latter’s capital of Bangkok, it’s easy to find T-shirts emblazoned with Adolf Hitler in almost every conceivable permutation: Hitler as Ronald McDonald, as a panda, rock star, Teletubby and on and on. In South Korea and Indonesia, there have been Nazi-themed cafes and bars. In India, a Hitler boutique. In Thailand, a KFC knockoff with Hitler as its Colonel Sanders.

In response, most Westerners become confused, angered, or both, but southeast Asian Nazi chic has kept right on moving. And while that Western anger might not be mollified by it, the explanation does at least remove some of the confusion. 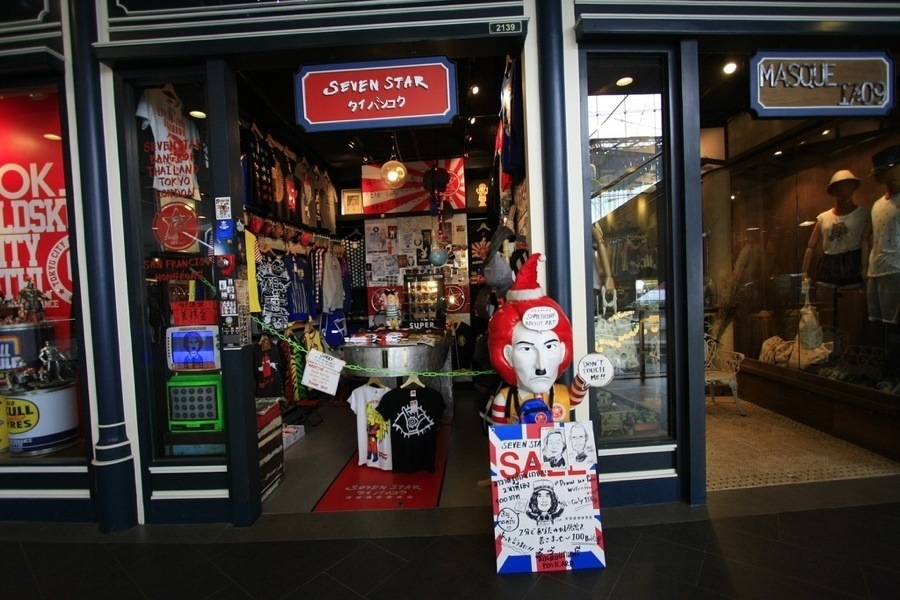 When Indonesian Nazi-themed cafe, SoldatenKaffee, reopened in 2014 after the owner, Henry Mulyana, had received death threats, he said the following: “it [World War II] is seen here from a historical perspective.” That statement, which at first sounds so obvious as to mean nothing at all, actually says quite a lot.

In places like Indonesia and Thailand, untouched by World War II Nazism in any kind of direct way, the war is just that, an inert, abstract piece of history. It’s just words and photos on a page, or a screen. There is no blood running through it, no faces of anyone you knew attached to it. Or, in the succinct words of Indonesian historian Zan Rachmat Sugito, in defense of the SoldatenKaffee, “Nazism is a European taboo.”

Add to this the fact that the swastika was (and sometimes still is) popular throughout southeast Asia in its pre-Nazi incarnation as a wholly positive Hindu and Buddhist symbol, and the fact that Thai schooling (by some of its students’ own admission) doesn’t cover much history beyond Thai, and you can start to see why southeast Asians would themselves be confused at Western outrage about Nazi chic. Nazi iconography, obvious as this should be, just don’t mean to them what it means to so many others around the world.

That basic concept — that history is a dialogue between those telling it and those receiving it, so that history doesn’t mean to some what it means to others — is of course true everywhere (even if it’s not always easy to remember without being reminded of it). After all, it’s not like most American kids know why it might not be such a good idea to wear that Che Guevara shirt. 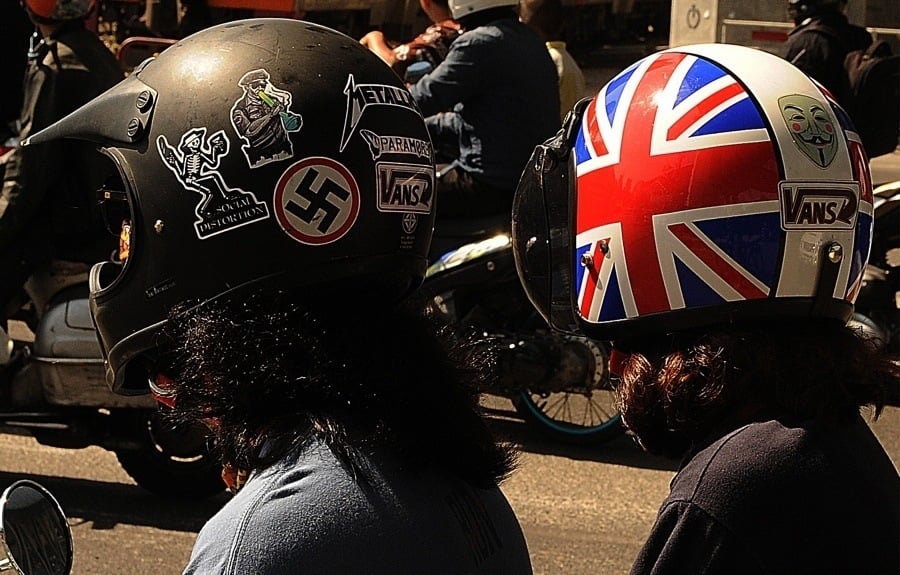 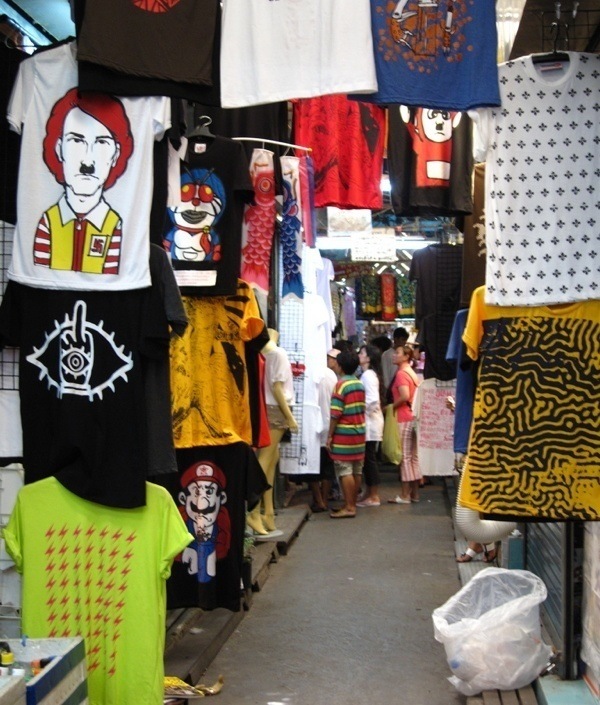 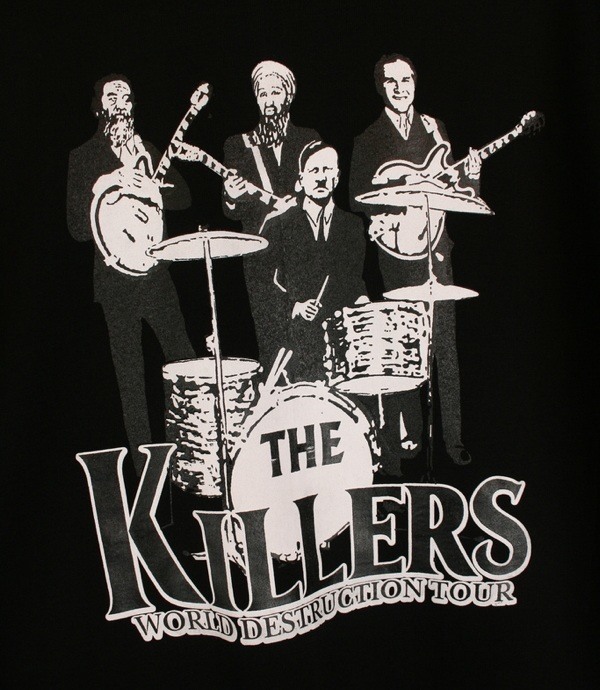 Again, the swastika, long before it became a Nazi symbol, had many, thoroughly positive meanings in both Hinduism and Buddhism. It is, nevertheless, still shocking for most Westerners to see the symbol displayed so openly and casually in public: 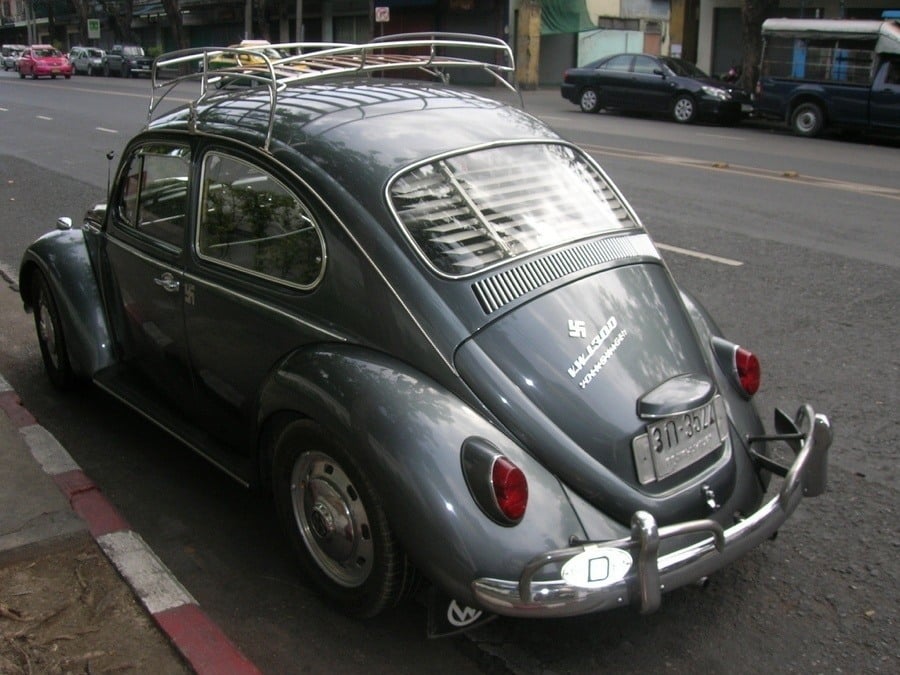 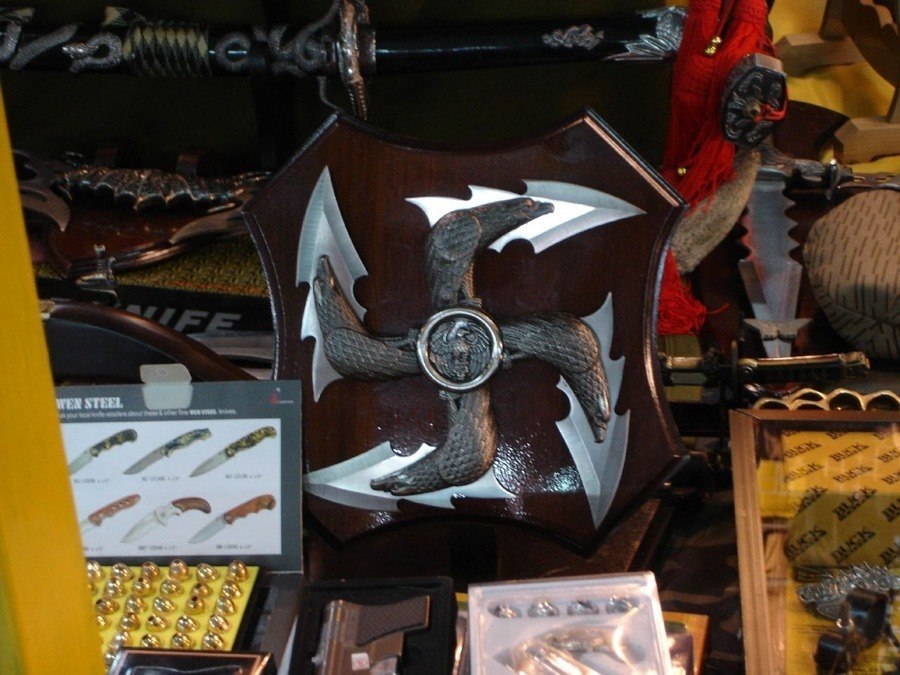