The Broaddus family thought they'd bought their dream home at 657 Boulevard in Westfield, New Jersey — until "The Watcher" started leaving them notes. 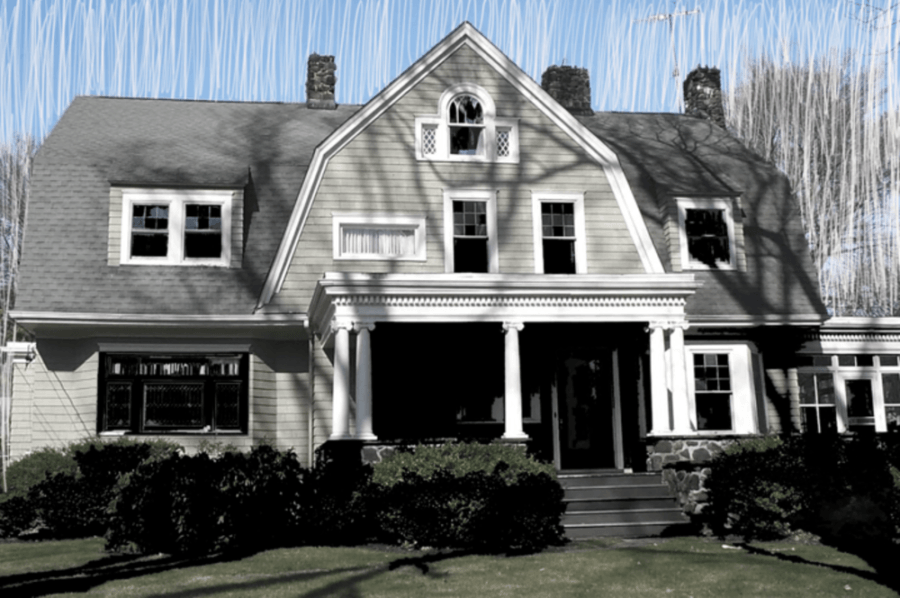 Zillow“The Watcher house” at 657 Boulevard in Westfield, New Jersey saw the Broaddus family terrorized by an unknown stalker until they could stand it no longer and moved out.

“Allow me to welcome you to the neighborhood.”

Derek and Maria Broaddus couldn’t have been more excited to move into their dream house at 657 Boulevard in the well-to-do town of Westfield, New Jersey. But as the couple was preparing to settle into the $1.3-million house with their three children, they received this disturbing note in the mail.

Signed only “The Watcher,” the letter had no return address. But whoever wrote it seemed to have been watching the Broadduses carefully.

“I see already that you have flooded 657 Boulevard with contractors so that you can destroy the house as it was supposed to be,” the letter continued. “Tsk, tsk, tsk… bad move. You don’t want to make 657 Boulevard unhappy.”

Even more disturbing, The Watcher noted the Broadduses’ three children and asked if there were more on the way. “Do you need to fill the house with the young blood I requested? Better for me.”

And in the weeks that followed, these bizarre messages from The Watcher grew more and more threatening until the Broadduses backed out of the move altogether.

Who was this so-called Westfield Watcher? While Derek Broaddus maintains that an unhinged and dangerous neighbor might have sent the unsettling letters, others believe that the Broadduses may even have created The Watcher themselves.

The Broaddus Family Moves To 657 Boulevard 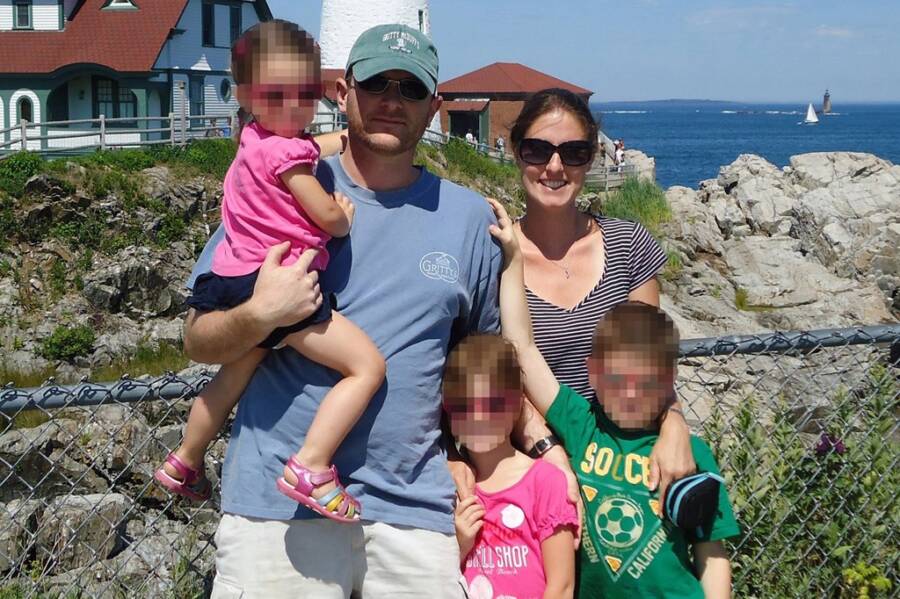 Facebook“Was your old house too small for the growing family?” The Watcher wrote in their first letter. “Or was it greed to bring me your children?”

Before they bought what’s now known as “The Watcher House” in 2014, the Broadduses were a fairly average suburban family. Maria Broaddus had grown up in Westfield, New Jersey, just blocks away from the house at 657 Boulevard. Located about 45 minutes from New York City, the town of Westfield is a sleepy suburb where the biggest gossip before The Watcher came on the scene was the collapse of a local Trader Joe’s roof.

According to The Cut, residents viewed Westfield as a real-life Mayberry, the fictional small town that served as the backdrop to The Andy Griffith Show. The website “Neighborhood Scout” listed it as one of the top 30 safest communities in America in 2014, and as of 2019, it had a median household income of $159,923.

But the affluent suburb has been the scene of other horrors in the past. In 1970, a man named John List infamously murdered his wife, mother, and three children in their Westfield home. But that horrifying crime had since become a distant memory, and most people in Westfield felt secure in their community.

Derek Broaddus, on the other hand, had grown up in Maine in a working-class family. But from his humble beginnings, he had worked his way up to a position as a senior vice-president at a Manhattan insurance company.

In June 2014, after Derek celebrated his 40th birthday, the couple closed on the six-bedroom house at 657 Boulevard and began making renovations to move in with their five, eight, and 10-year-old children.

Then, The Watcher letters started.

The Watcher Sends Their First Letter To The Broaddus Family 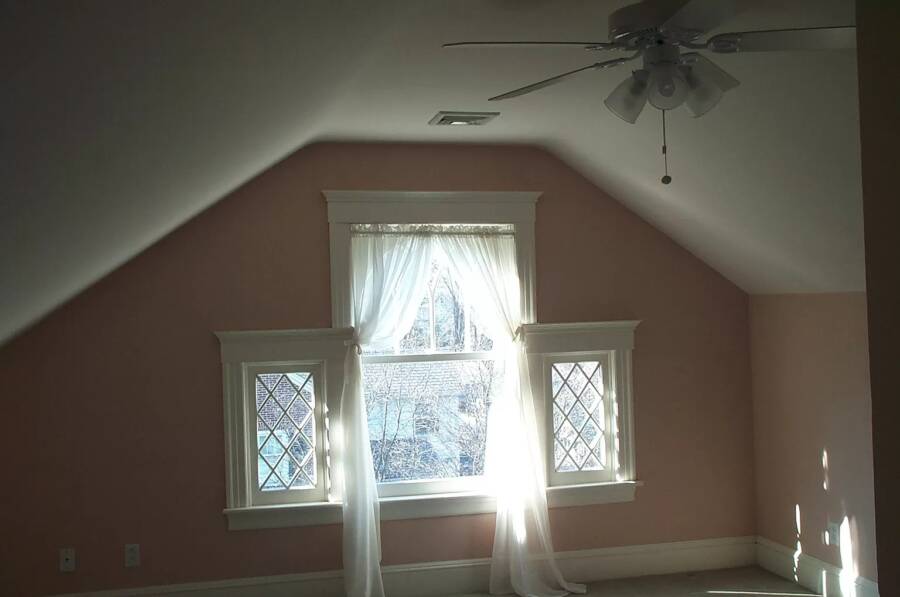 ZillowIn one letter, The Watcher wrote, “It will help me to know who is in which bedroom. Then I can plan better.”

The first letter arrived at The Watcher house on a June evening. Derek Broaddus had been painting a few walls at his family’s new home and after finishing up, he checked the mail to discover a white card-sized envelope addressed in thick handwriting to “The New Owner.”

The typed letter started off with warm words of welcome, but soon devolved into bizarre and threatening passages that described how the author had watched the house for decades. They claimed that their father and grandfather before them had also watched the house at 657 Boulevard, which was built in 1905.

“Do you know the history of the house?” The Watcher wrote. “Do you know what lies within the walls of 657 Boulevard? Why are you here? I will find out.”

The letter also said, “I asked the Woods to bring me young blood and it looks like they listened,” referring to the house’s previous owners. The letter asked the children’s names, saying, “Once I know their names I will call to them and draw them too [sic] me.”

A ‘Today’ segment about The Watcher House.

Unsettled, Derek Broaddus called the Westfield Police, who recommended moving any construction equipment outside the house in case The Watcher became emboldened enough to throw it through one of the home’s windows. The police also advised Broaddus not to say anything to other neighbors yet, as they were now all suspects.

The Broadduses next contacted the Woods family who had sold them the house. Andrea Woods confirmed getting an odd note signed The Watcher, but said she had dismissed it as harmless and thrown it away. She also said that she and her husband had lived in the house for 23 years and only ever heard from The Watcher once.

But Derek and Maria Broaddus couldn’t shake their fear that they were being watched.

Letters Continue To Arrive At The Watcher House 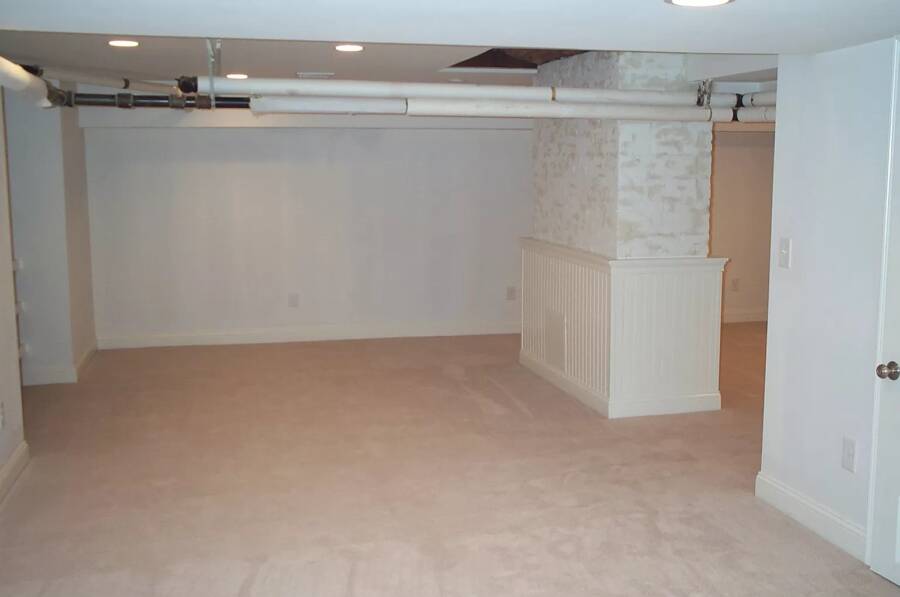 Zillow“Will the young blood play in the basement? Or are they too afraid to go down there alone. I would [be] very afraid if I were them. It is far away from the rest of the house. If you were upstairs you would never hear them scream.”

The second letter from The Watcher arrived two weeks after the first. This time, it was addressed to the Broadduses by name and the author listed their three children by birth order and nickname.

The Watcher mentioned an easel that one of their daughters had set up on a porch only visible from the side or rear of the house, asking, “Is she the artist in the family?”

Additionally, the second letter made more oblique references to something hidden in the walls of the house and thanked the Broadduses for bringing more “young blood.”

After getting a second letter, Derek and Maria began to feel panicked and edgy around all their new neighbors, who they saw as potential stalkers. They put their renovations on hold and stopped taking their kids to the house.

A third letter arrived a couple of weeks later. “Where have you gone to? 657 Boulevard is missing you.”

After receiving threatening letters from The Watcher, the Broaddus family decided not to move in.

Deeply troubled by the letters, the Broadduses continued to reach out to Westfield police. Detective Leonard Lugo led the investigation. For a time, Lugo suspected next-door neighbor Michael Langford, who had been diagnosed with schizophrenia.

However, DNA found on one of the envelopes indicated that a woman had sealed them with her saliva, and the sample didn’t match anyone in the Langford home. Furthermore, Michael Langford denied any involvement and his family backed him up, saying there was no way he would write such threatening notes.

Desperate for answers, the Broadduses enlisted a slew of experts to investigate. Derek reached out to the real-life FBI agent who inspired the character of Clarice Starling in Silence of the Lambs, with whom he was on a school board of trustees.

The Broaduses also tapped former FBI agent Robert Lenehan to do a threat assessment on the letters. His analysis showed that the writer was likely an older person based on vocabulary and their habit of double-spacing after a period.

They also hired the security firm Kroll to look for handwriting matches to the envelopes, but none emerged. Still determined to get answers, the family hired a forensic linguist and former member of the band Sha Na Na, Robert Leonard, to scour local forums for language patterns that resembled the mysterious Watcher’s notes.

But all of these efforts came to nothing. Despite assembling an incredible investigative team, the Broadduses had no answers.

“At the end of the day, it came down to, ‘What are you willing to risk?'” Maria Broaddus said. “We weren’t going to put our kids in harm’s way.”

The Broadduses Decide To Sell The Watcher House 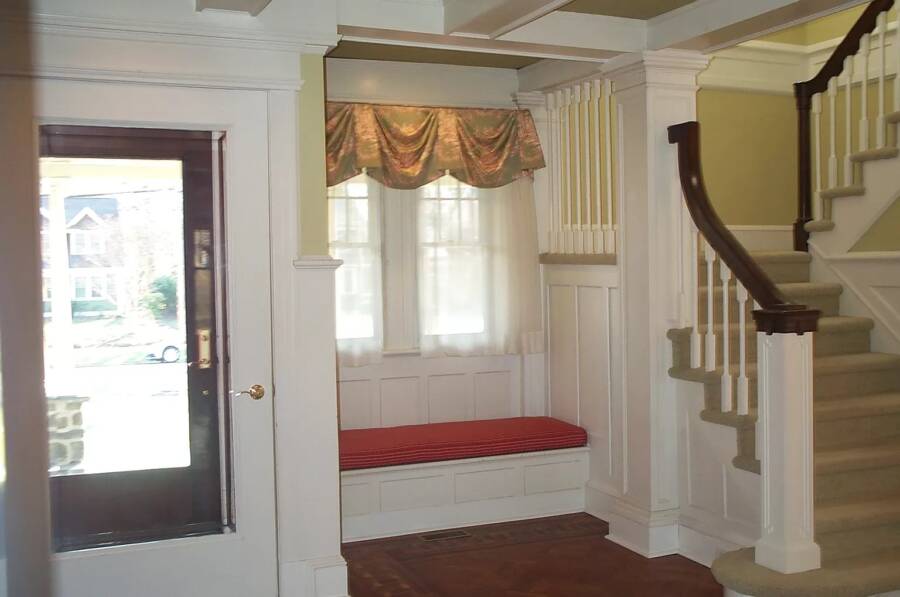 Zillow“I pass by many times a day. 657 Boulevard is my job, my life, my obsession. And now you are too Braddus[sic] family. Welcome to the product of your greed!”

Finally, six months after the first letter arrived, Derek and Maria put the house on the market, asking for a bit more than they had paid as they assumed their renovations would raise the value. However, after they disclosed the bizarre Watcher letters to potential buyers, all offers fell through.

Later in 2015, the Broadduses filed a suit against the Woods family for not disclosing to them the letter they had received from The Watcher before the sale. But in 2017, a New Jersey judge threw out the suit, saying it could set an unreasonable precedent for what sellers would have to disclose.

Meanwhile, some in the community began to wonder if the Broadduses weren’t sending the letters to themselves in order get out of a house that they couldn’t afford. As one resident told Gothamist, “How can a couple with a $300,000 house in Scotch Plains and $175,000 mortgage 10 years ago have a $1.1 million mortgage?”

@LeaderTimes hey Horace how’s the hoax theory you started about my family holding up? I’m still waiting for my apology. #gutless @WestfieldTAP https://t.co/IkySo98Sez

In 2016, the Broadduses made a brief effort to have the house torn down and redevelop the lot. Their plans weren’t approved, but a final letter from The Watcher arrived, threatening to exact revenge on them if they harmed the house.

It went on to say, “You wonder who The Watcher is? Turn around idiots.”

After years on the market, The Watcher House finally sold in 2019 with the Broadduses taking a $440,000 loss.

And as for theories that the Broadduses faked The Watcher, Derek Broaddus flatly denies them. As he told The Cut, “This person attacked my family, and where I’m from, if you do that, you get your ass beat.”

There is a silver lining for the family, however. According to Deadline, Netflix bought the rights to their creepy tale in 2019.

Now that you’ve read about the mysterious Watcher House of Westfield, New Jersey, read about the house that inspired “The Conjuring” and whose new owners say is still haunted. Then, learn the bizarre history of the Winchester Mystery House.