Thumbscrews: Not For Carpentry, But For Torture

The thumbscrew was a torture device that would cripple you, potentially maim you, but leave you alive so you could tell your comrades all about the enemy's power. 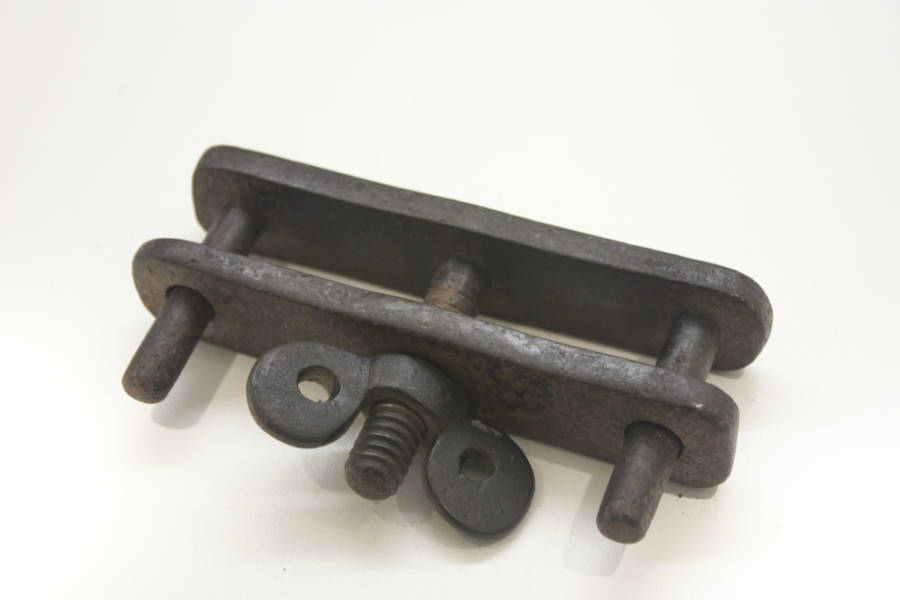 During the Middle Ages, monarchs, armies, and religious organizations employed any means necessary to maintain power. Those means included torturing suspects to extract confessions. One of those methods of torture was a thumbscrew, a small and simple device that slowly crushed both thumbs.

Historians believe the thumbscrew came from the Russian army. Officers used the device to punish soldiers who misbehaved. A Scottish man brought one home to Western Europe, and blacksmiths were able to copy the design.

A thumbscrew works thanks to three upright metal bars. The middle bar contained threads for the screw. In between the metal bars, the victim placed their thumbs. The people interrogating the person would slowly turn the screw, which pushed a wooden or metal bar onto the thumbs and squeezed them. 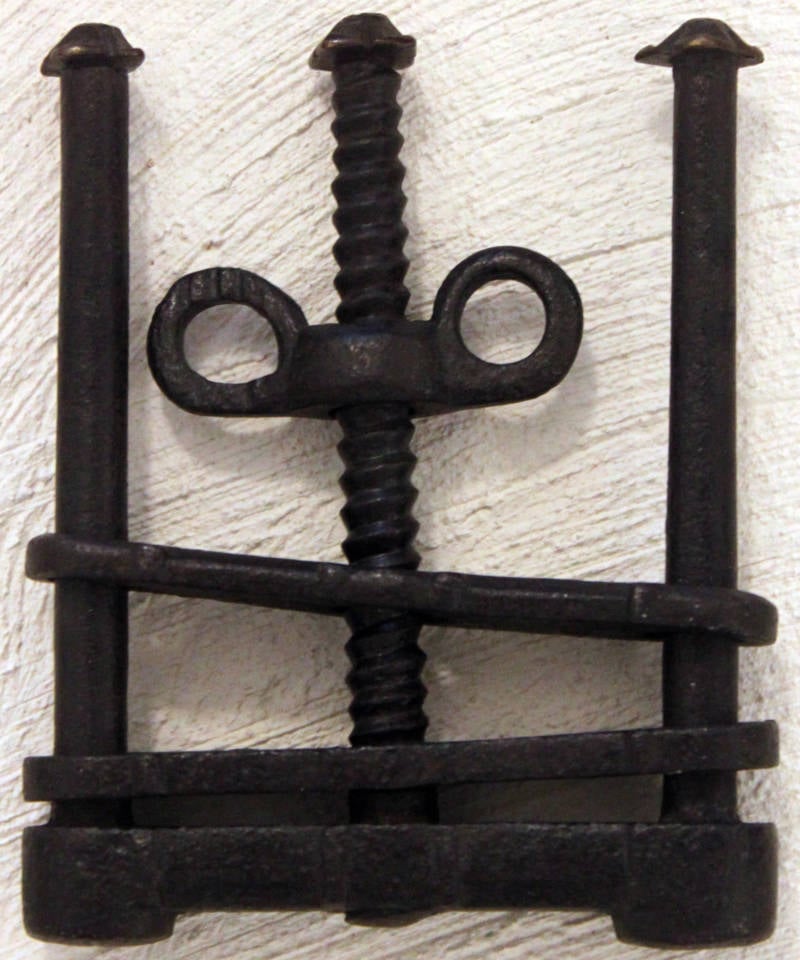 Wikimedia Commons A larger thumbscrew, but just as painful as its smaller cousin.

This caused agonizing pain. It was slow at first, but then pain accelerated the more someone turned the screw. Someone could tighten the screw quickly or slowly. An interrogator might squeeze someone’s thumbs tightly, wait for several minutes, then make slow turns after that. In between screams and whimpers, someone might confess.

Eventually, the thumbscrew broke one or both bones in both thumbs. The thumbscrew was one of the most effective torture devices in history.

The apparatus inflicted unbelievable pain without killing someone. All the thumbscrew did was crush someone’s thumb. Updated models used short, sharp spikes to cause bleeding. Although prisons used thumbscrews on a frequent basis, these devices were portable.

Thumbscrews could be used in a house, in the wilderness or on a ship. Slave masters in the Atlantic slave trade used thumbscrews to subdue leaders of slave revolts who tried to take over ships making the crossing from Africa to America. This happened all the way up until the 19th century. 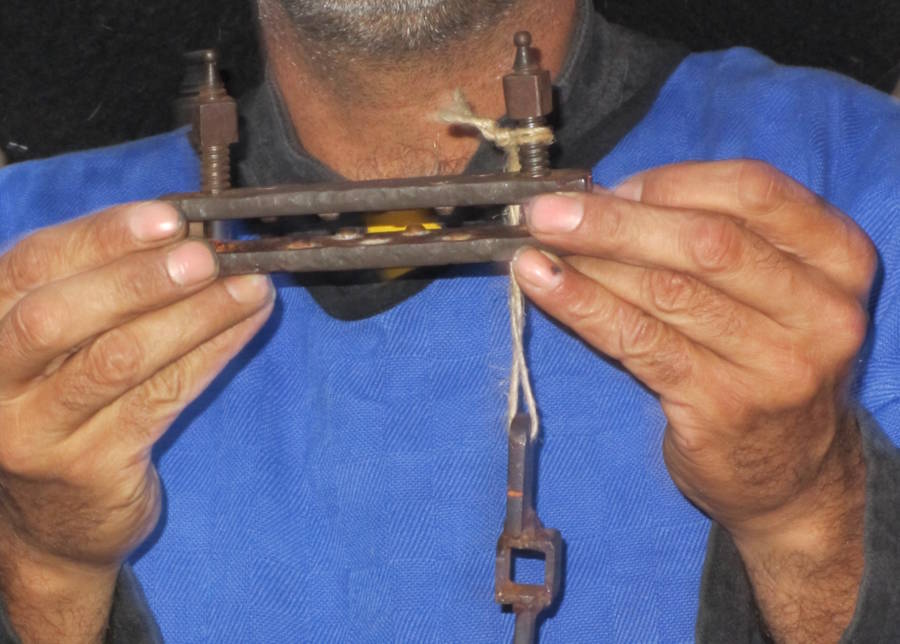 Wikimedia Commons This thumbscrew has spikes on it.

People adapted the thumbscrew to crush people’s big toes. Larger screws worked on knees, elbows, and heads. Clearly, the head screw probably killed someone. Sometimes, even the threat of torture by one of these devices would make someone confess.

The thumbscrew did more than just inflict pain. People needed opposable thumbs to grip things, such as bows, arrows, swords, and the reins of horses. People could still function without thumbs, but if their thumbs are damaged it makes it harder to handle ordinary implements. It may take a while to figure out how to use a hoe, open a door or repair a house with a severely damaged thumb.

Deformed thumbs also made it easier for inquisitors to recognize people they tortured in the past, provided they got out of prison. Tortured people would report back to their fellows that their enemies or captors meant business.

In the case of big toes, a crushed big toe made it harder for prisoners to escape on foot. Your big toe helps maintain balance. It also bears a lot of weight when you walk. Two big toes bear 40 percent of all of the weight among your toes. Without big toes, you have to adjust your gait. That new gait might make you less effective while trying to run. Your big toe connects to the heel through a ligament in your foot. Without a well-functioning big toe, your entire foot gets out of whack.

There’s another reason why interrogators use a thumbscrew on someone’s big toes. They are loaded with nerves, which made the crushing torture even more painful.

No matter if someone used a thumbscrew on the hands or feet, it was painful, slow and agonizing torture. Victims probably didn’t sleep very much, which made them susceptible to letting the truth slip out during a confession. Of course, some confessors probably lied to try to avoid torture altogether (which may not have worked).

So, the next time someone says “You’re screwed,” think about the thumbscrew. Then, hide your thumbs.

After learning about the thumbscrew torture method, check out some of the worst ways to die. Then, read about the Pear of Anguish, which was quite possibly the worst of them all.